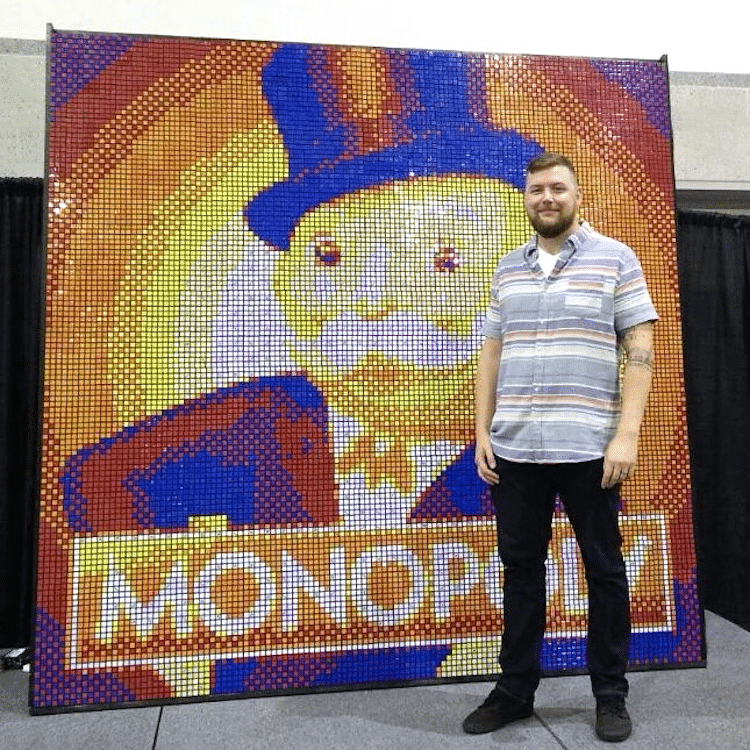 There are many Rubik’s Cube masters out there who can solve the iconic 3D puzzle in record time, but there aren’t many people who can create art from the colorful cubes. When we first introduced you to Pete Fecteau (of Buttonpresser Studios) back in 2011, he had just completed an epic mosaic of Martin Luther King Jr. made entirely out of 4,242 Rubik’s Cubes. Today, the “cube-ist” artist has an entire portfolio of impressive Rubik’s Cube portraits, showing he can create just about any image from his unconventional medium choice.

From a Rubik’s cube version of Andy Warhol’s Marilyn Monroe screen print to a portrait of the late Kurt Cobain, Fecteau often pays homage to people he admires. He also creates custom mosaics for corporate clients, collectors, galleries, and museums. The largest work to date is a monumental portrait of the inventor of the Rubik's Cube, Mr. Ernő Rubik. Titled Erno, it comprises 5,618 cubes and is on display as part of the traveling Beyond Rubik's Cube exhibit.

Fecteau begins his process on the computer, where he uses Photoshop to process images into black and white. He then translates the shades of gray into the cube's iconic colors. Each cube acts as a series of digital pixels—the more cubes Fecteau uses, the more detail he can achieve. Similar to a pointillism painting, the images become clearer when viewed from afar. Each piece, which can take up to 30 hours to complete, is a labor of love and admiration. “The cube lends itself beautifully to an artistic process, that is, if you're willing to take the time,” says Fecteau. “Mosaics are created painstakingly and meticulously by hand, one cube at a time.”

Scroll down to check out some of Fecteau’s latest Rubik’s Cube portraits and find more from his portfolio on his website. 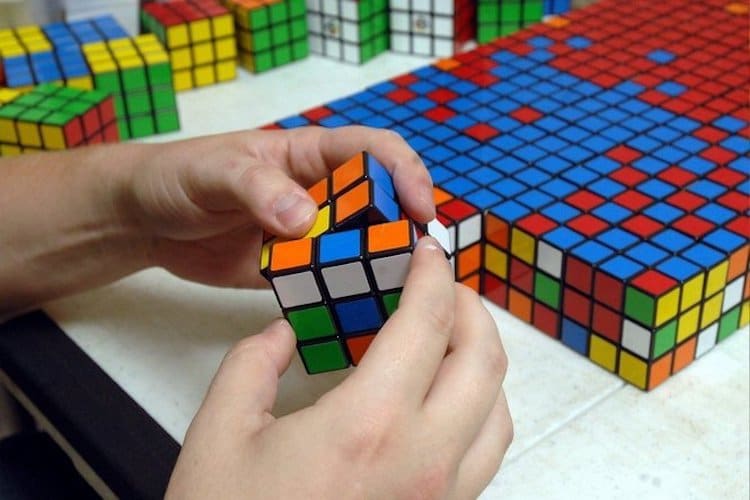 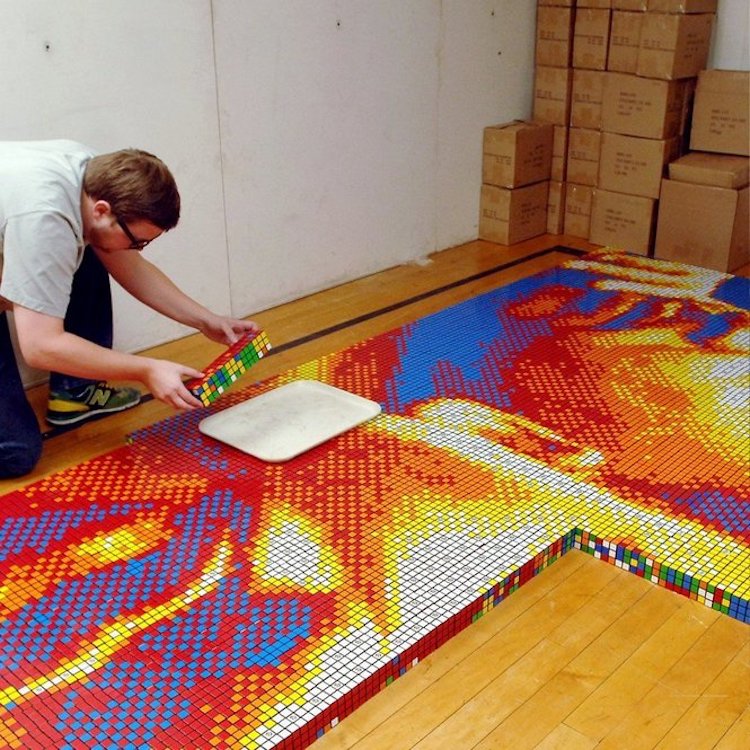 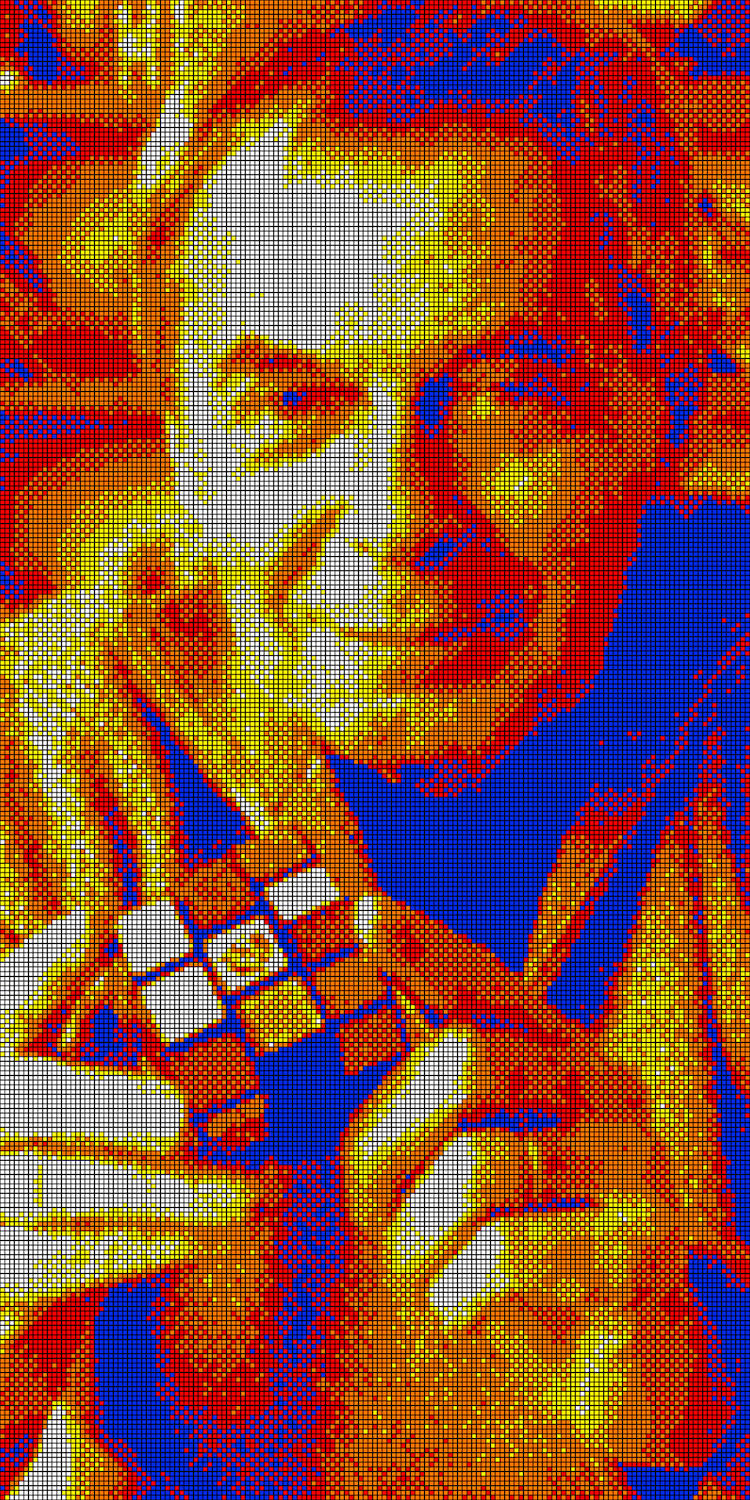 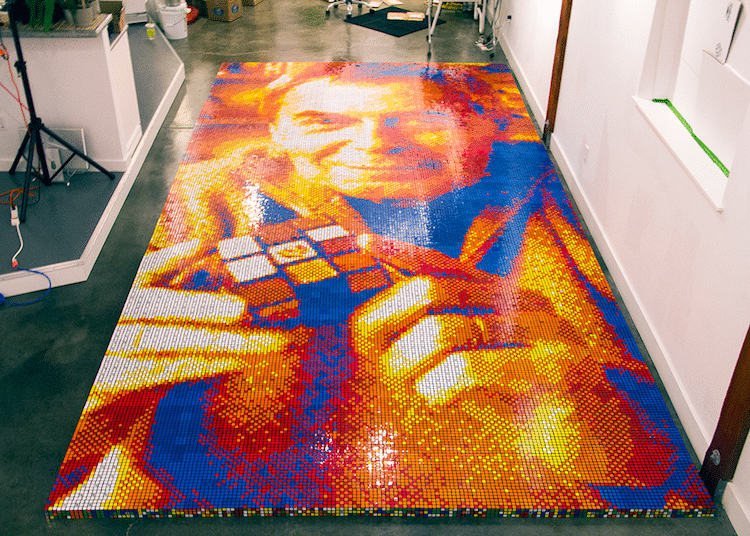 They can take up to 30 hours to complete. 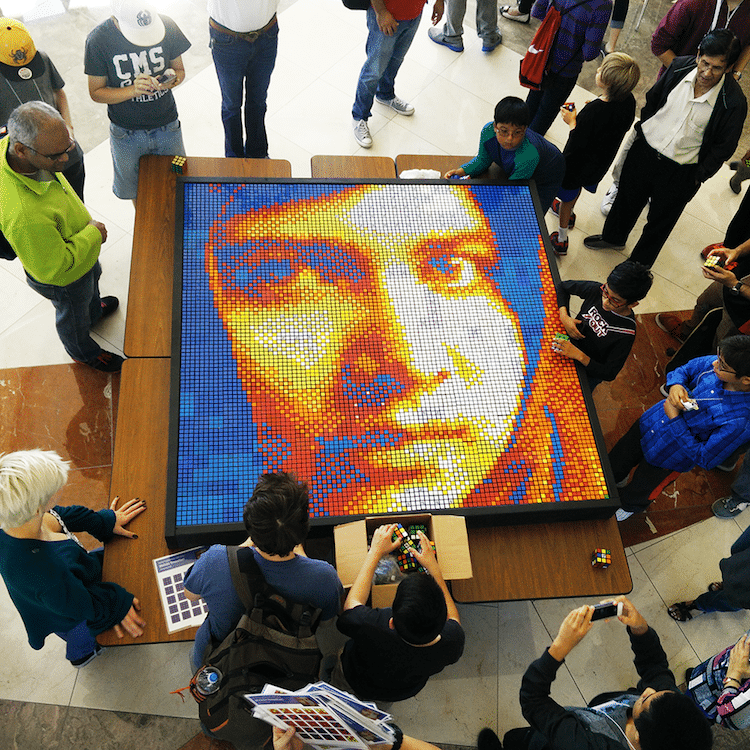 And in the end, there's a spectacular work of pop art paying homage to great artists, inventors, activists, and performers. 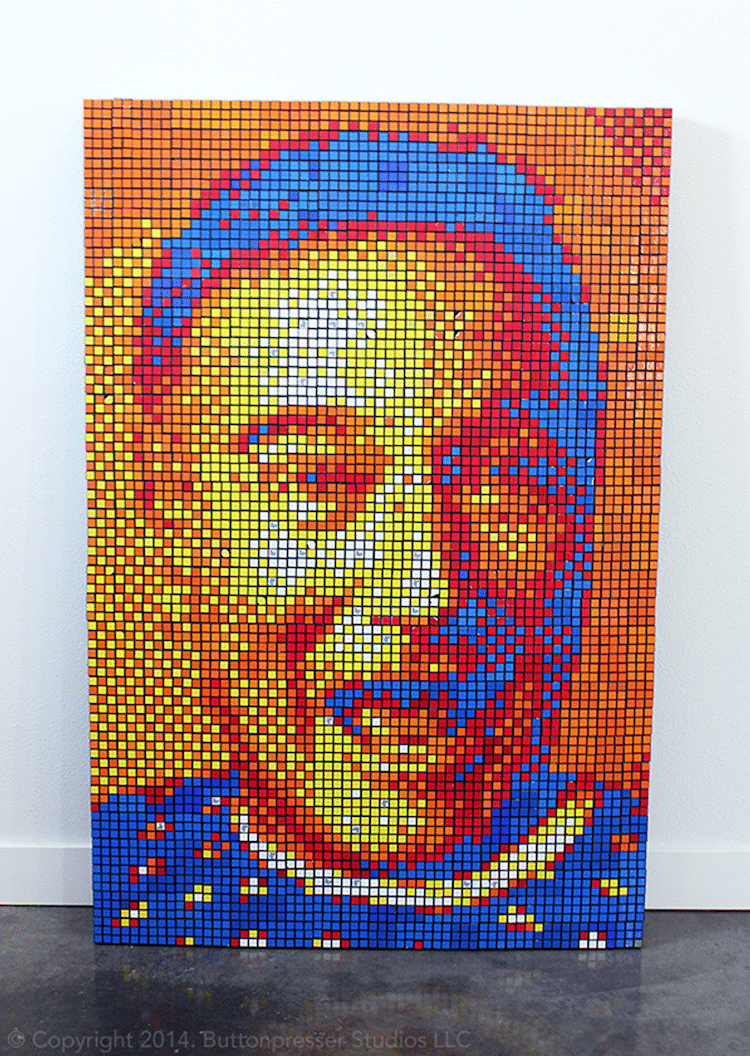 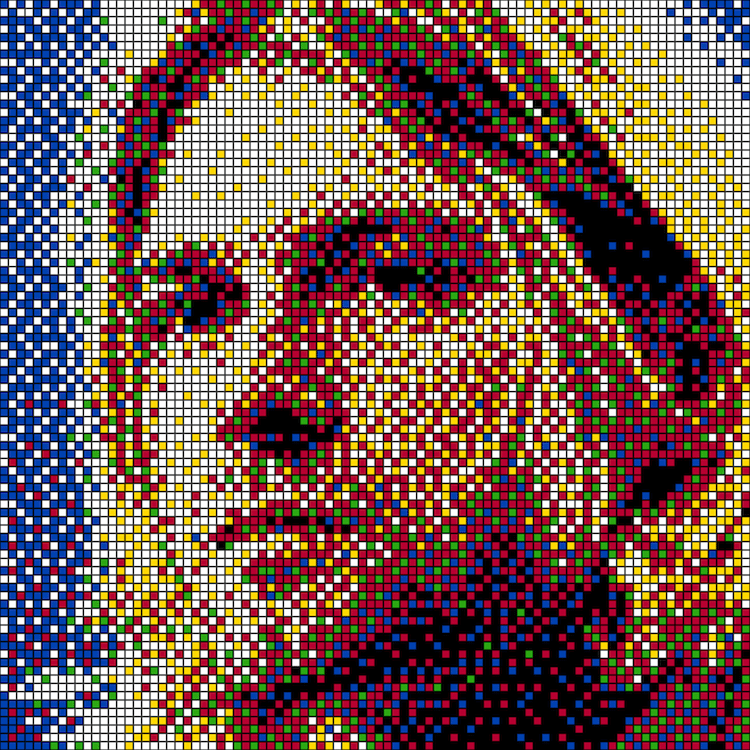 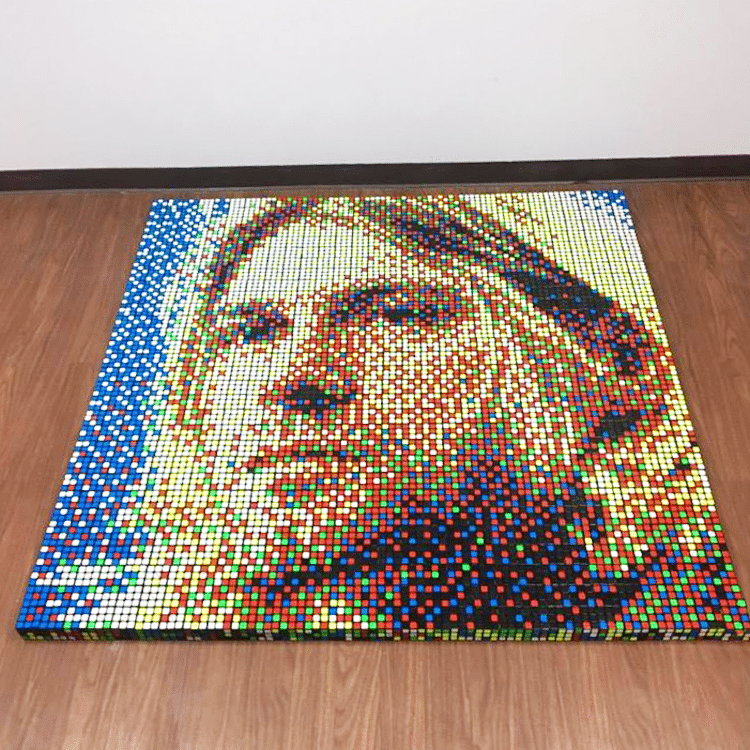 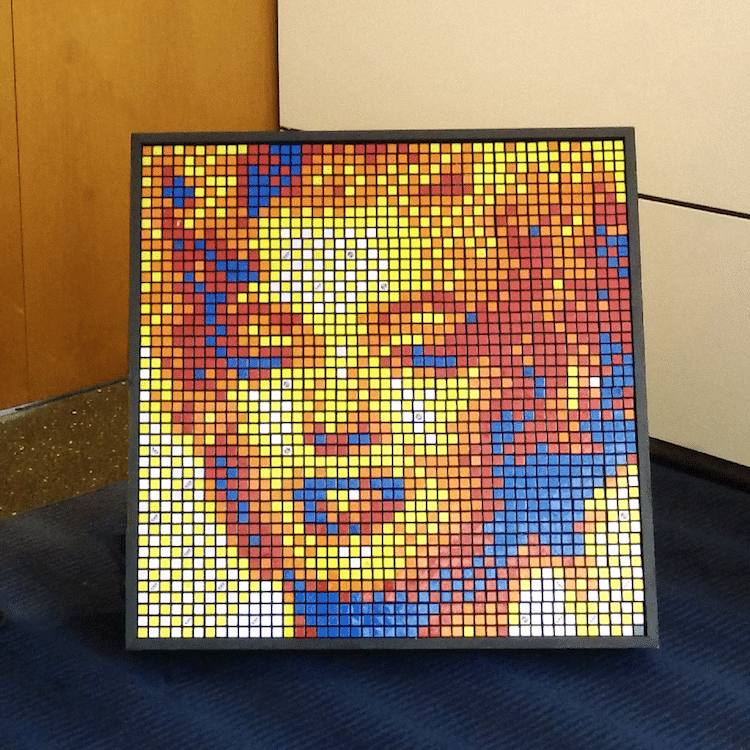