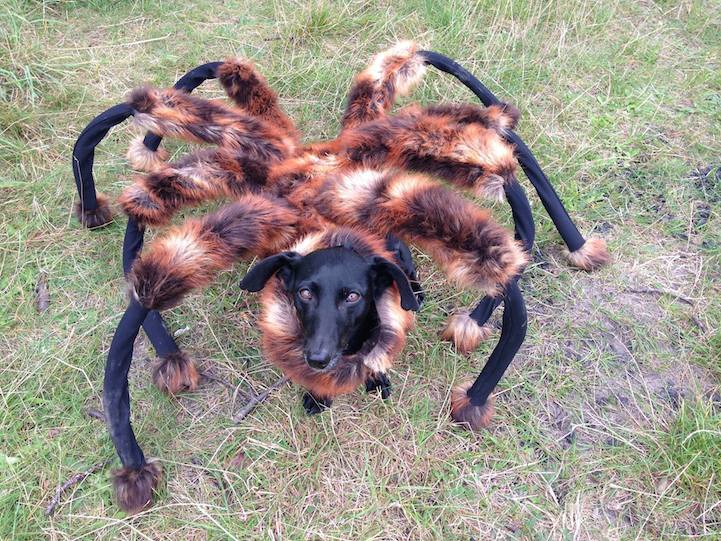 What would you do if you saw a giant, mutant spider-creature running straight towards you? As shown in the hilarious viral video “Mutant Giant Spider Dog,” most people flee in absolute terror. No need to panic, however; the onslaught of enormous, mutant spiders is not yet upon us. As revealed by Poland-based prankster Sylwester Adam Wardega (a.k.a. “SA Wardega”), the horrifying, eight-legged monster was nothing more than his adorable dog, Chica, dressed up in a furry costume and unleashed onto the unsuspecting public.

In the video, we can see Chica the DogSpider scuttling joyfully after each innocent victim, looking like the stuff of nightmares emerging from dark alleys and shadowy corners. One man, in the middle of taking out his garbage, flees for his life upon seeing Chica pop out from behind a door. In another scene, two girls run away screaming from the frightening sight of the furry creature preying on an apparently lifeless man in an elevator. A couple is seen warily approaching a spiderweb-wrapped form in the trees, only to sprint right out of the park when Chica appears. One particularly funny scene shows a man confronted with several bloody, dangling limbs, which he stops to snap a photo of before being chased by the mutant monster straight into a nearby spiderweb. In a moment of heightened tension, the man struggles to escape, but successfully disentangles himself just in time to get away.

To see more of the cute DogSpider, be sure to “like” Chica on Facebook. For other hilarious shenanigans, follow Wardega, as the jokester frequently comes up with new pranks and schemes. 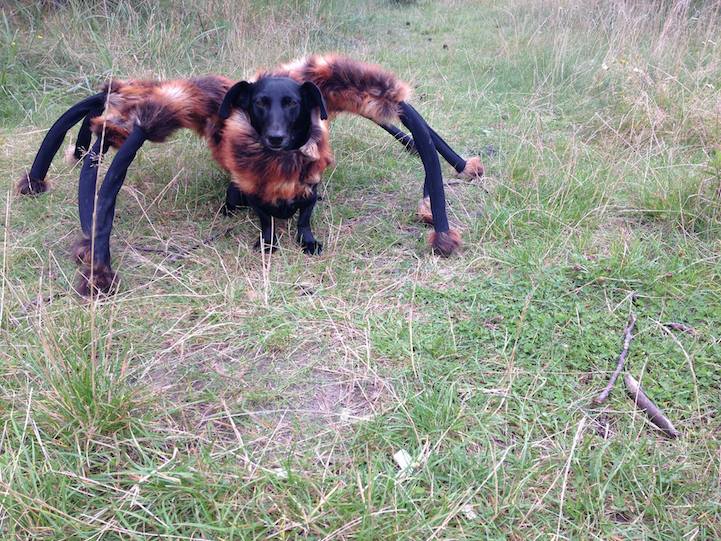 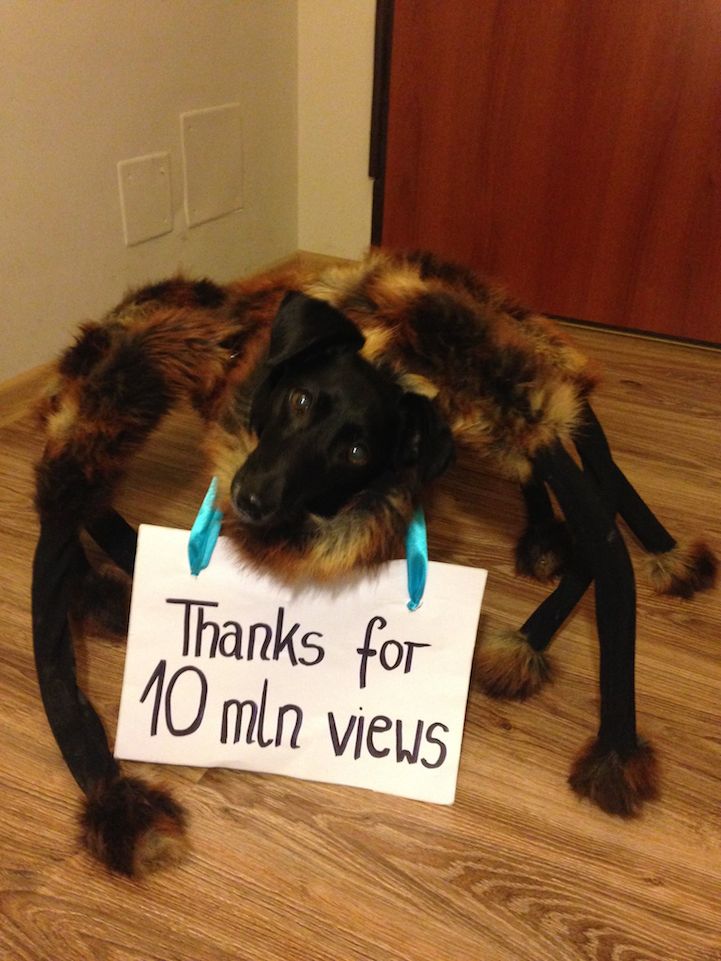 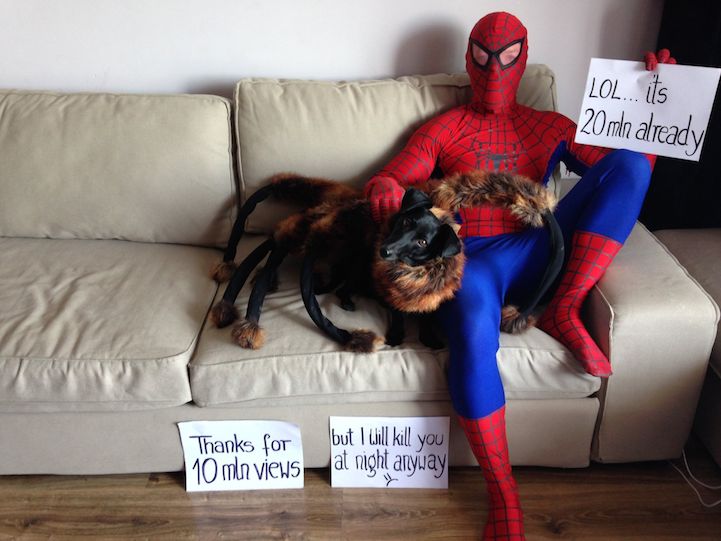