Japanese artist Motoi Yamamoto wields ordinary table salt as the primary component in his awe-inspiring sculptural pieces. He has recently completed two new monumental salt installations that suffuse the halls of a castle tower of Algues-Mortes, a medieval walled city preserved from the 13th century, located in Southern France. Respectively entitled Floating Garden and Labyrinth, the two splendid artworks draw upon ritualistic symbolism of the element and celebrate the importance of the salt industry to the region.

Both pieces are meticulous constructions—Floating Garden (above) took 45 hours, over the course of five days, to be completed. The circular lacework pattern was created as Yamamoto quietly sat in the ancient space, shaking a container of salt in a gentle rhythm and methodically pouring the grains into the incredible, expansive pattern. The final piece calls to mind rippling currents of a hurricane or storm. Labyrinth is located in the castle’s ramparts, filling the narrow passageways with maze-like salt rows. Ribbons of the element meander through the space, culminating in a pile of salt stacked at the doorway.

The two artworks were completed as part of the exhibition Univers'sel which reveals the link between the monumental castle and the salty element. Cultivation of the natural resource has shaped the landscape of the area and Yamamoto’s two poetic masterpieces pay homage to this.They will be on display from now until November 30, 2016. 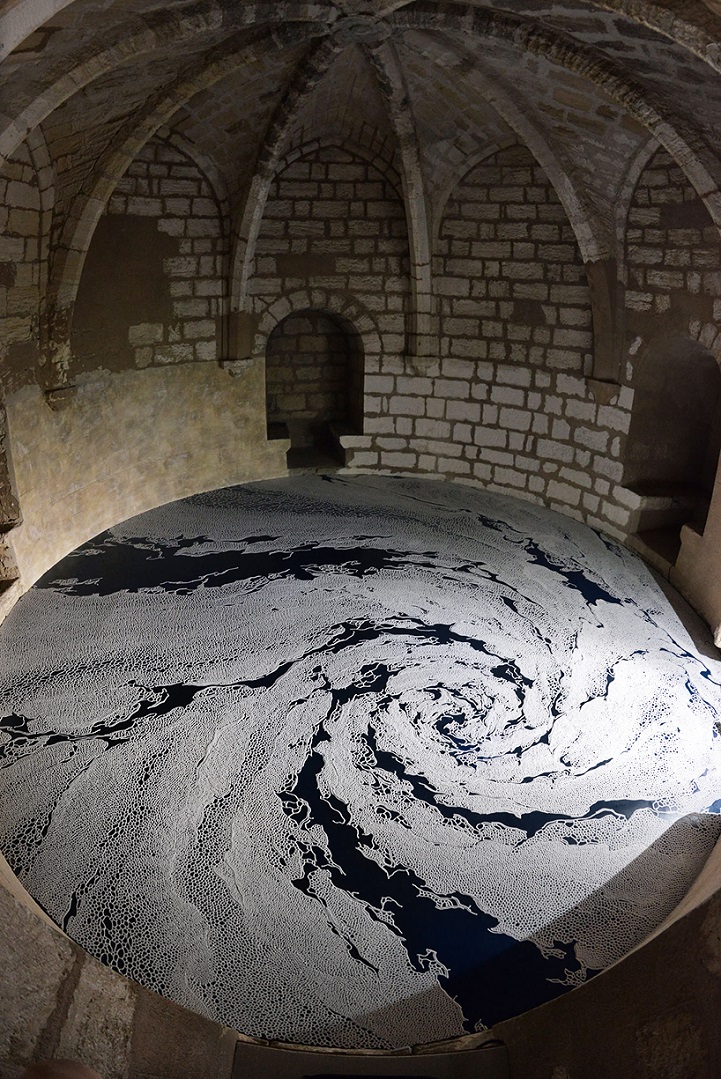 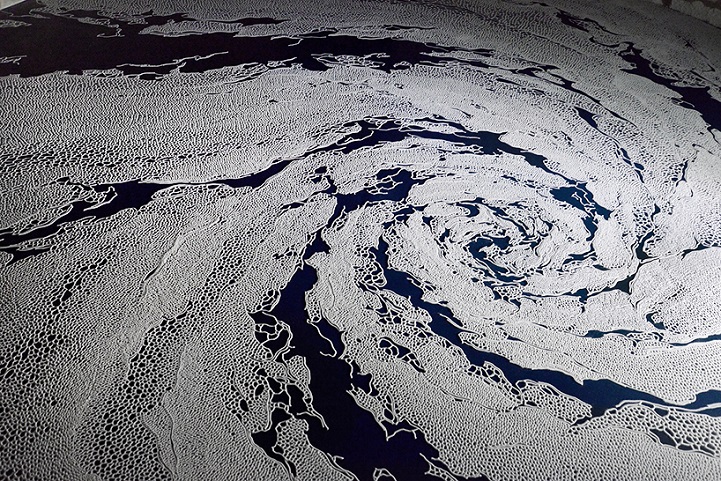 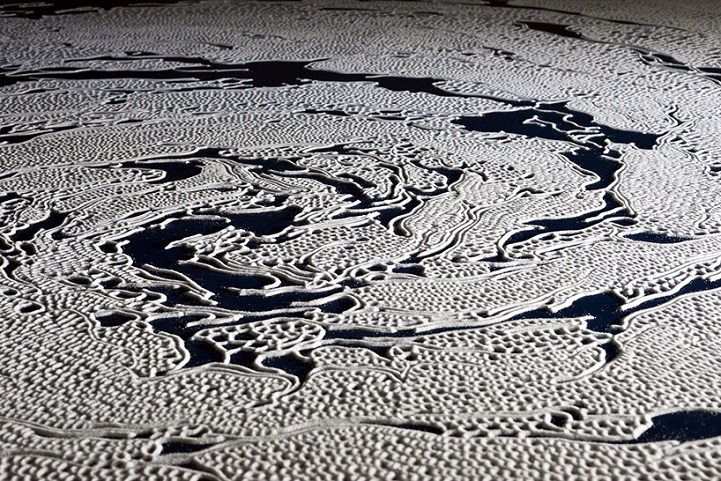 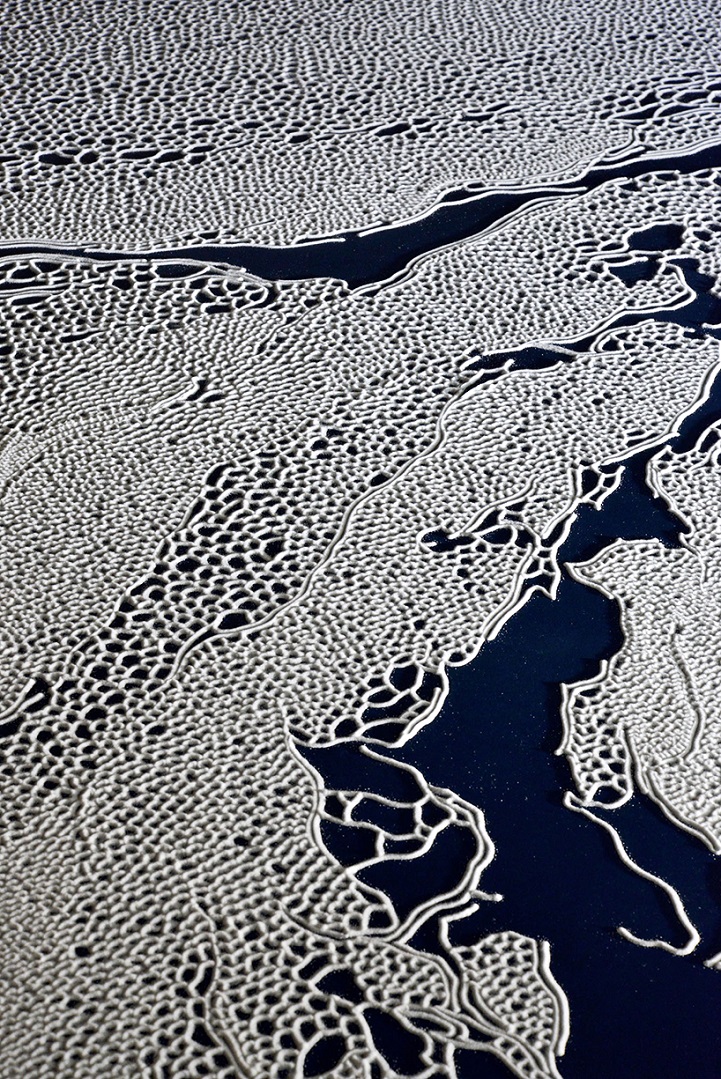 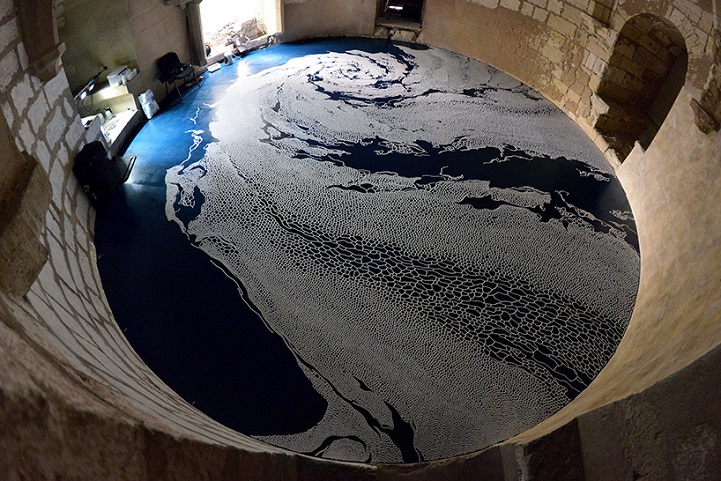 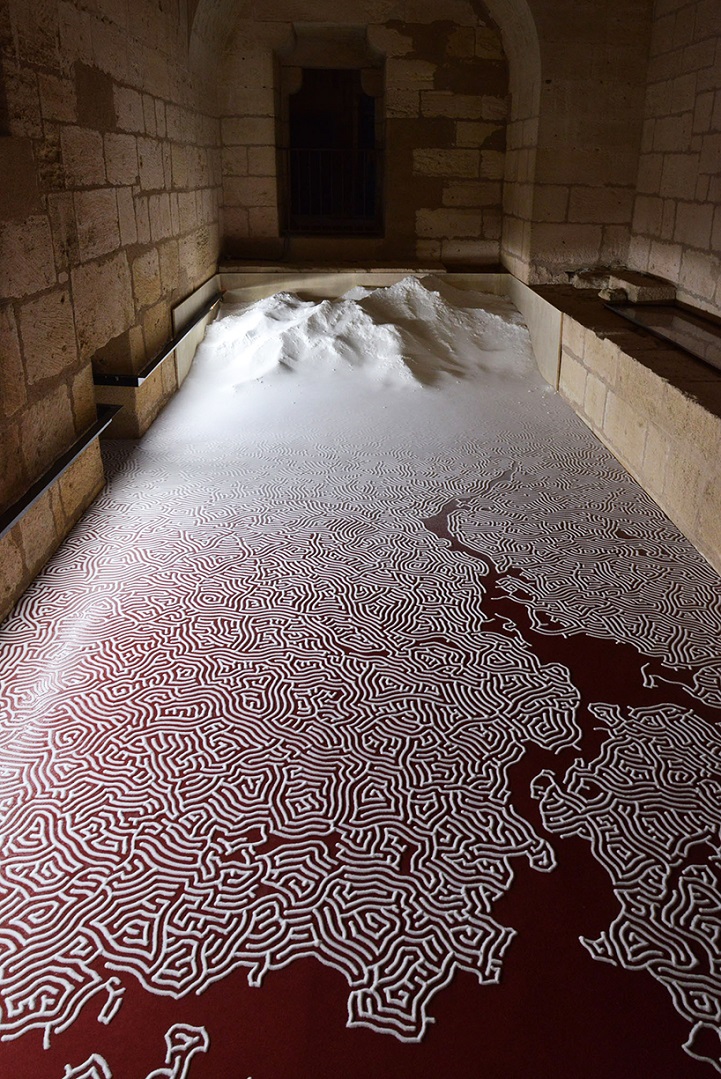 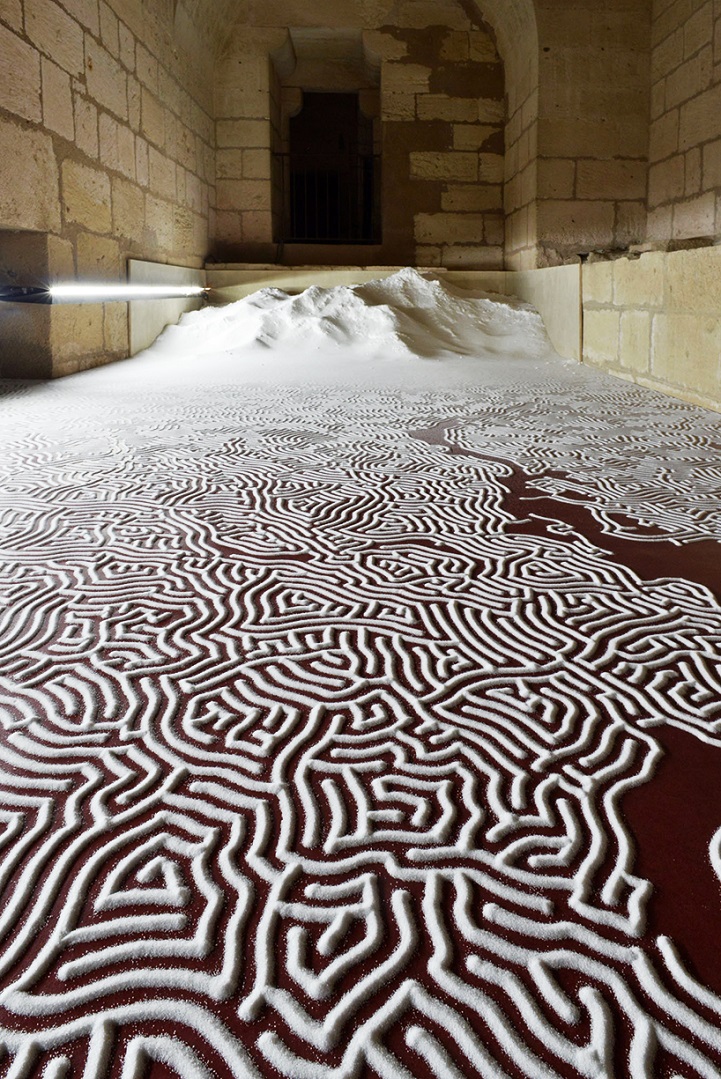 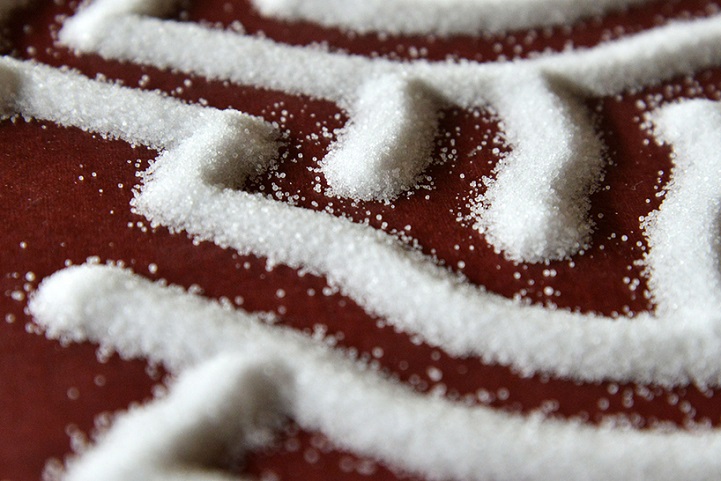 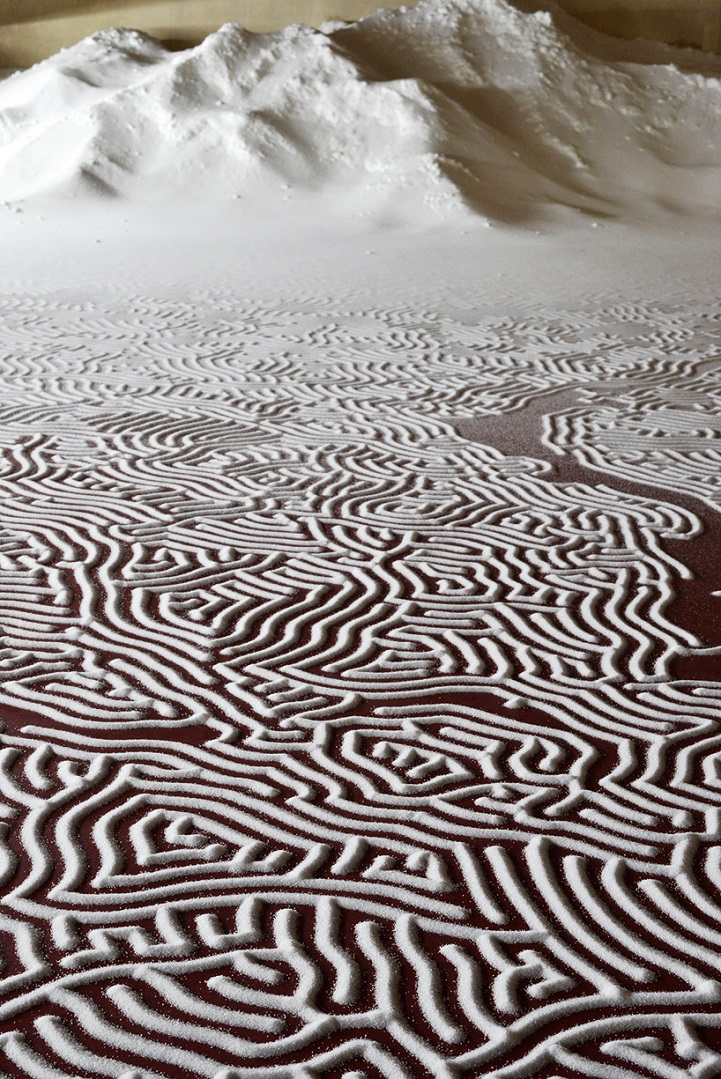 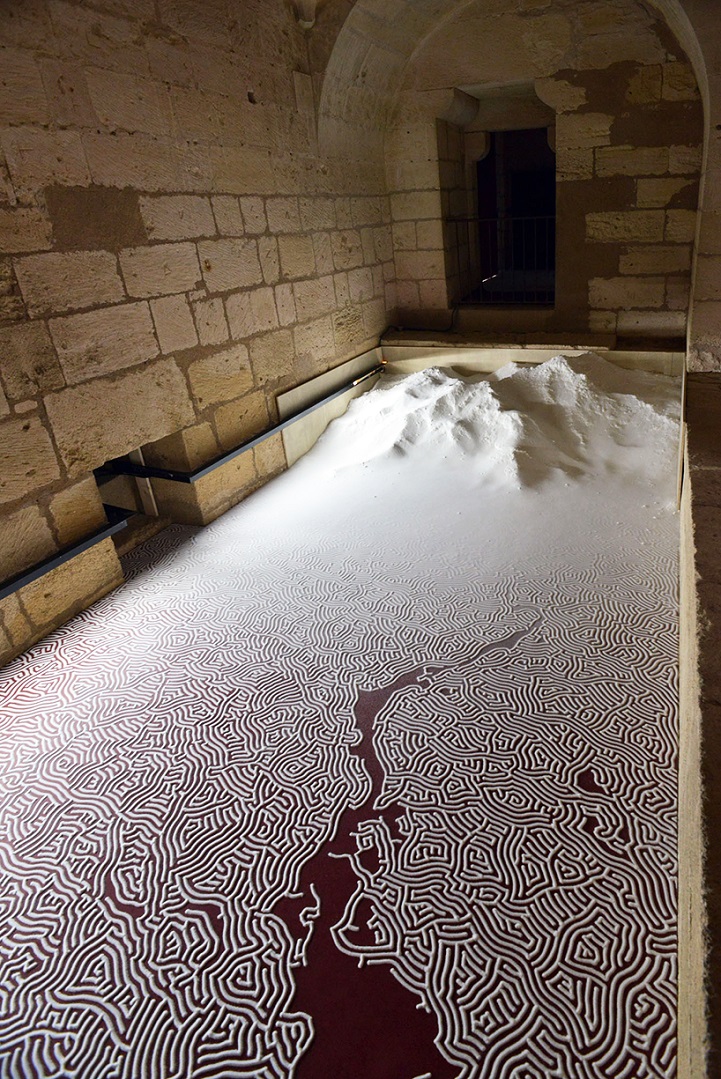 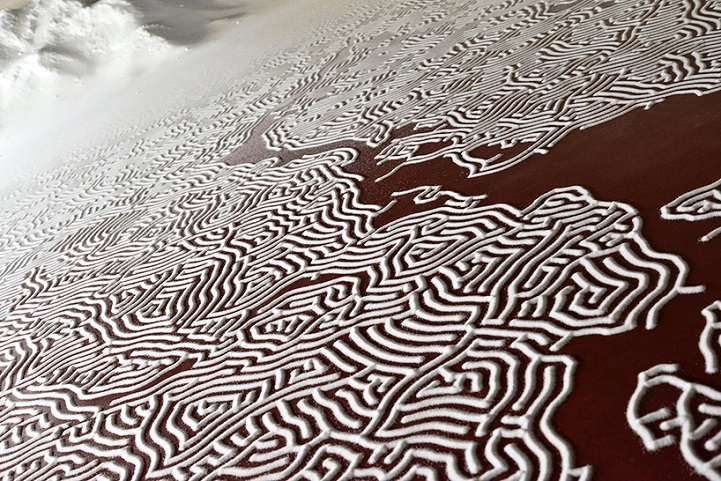 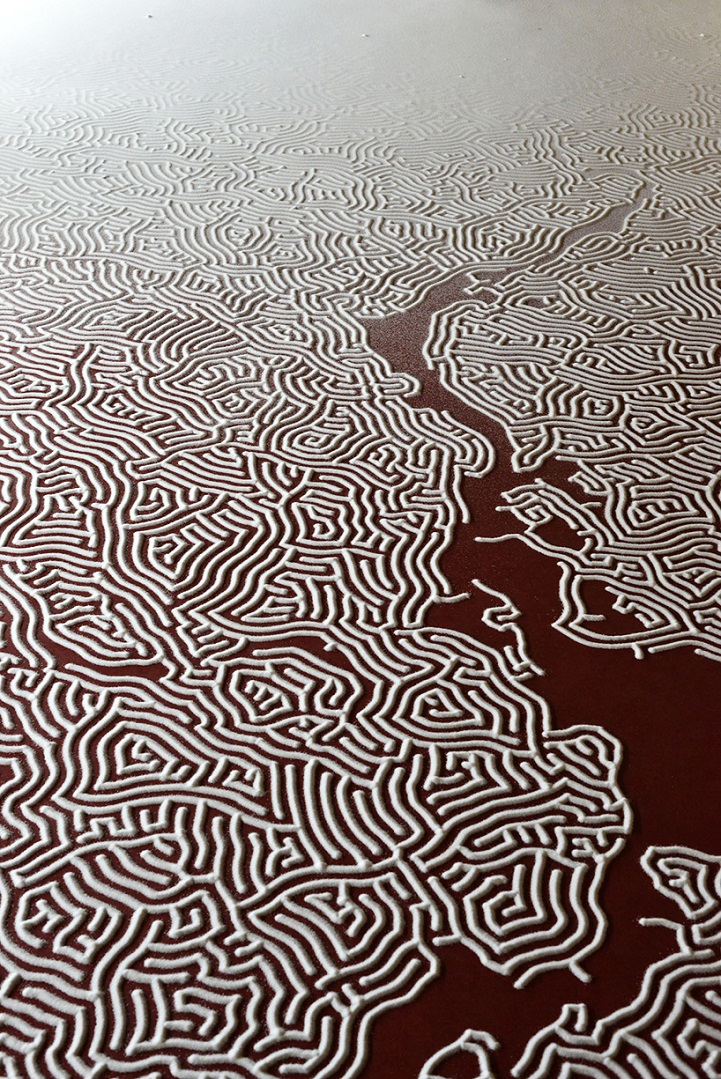 All images via Motoi Yamamoto.