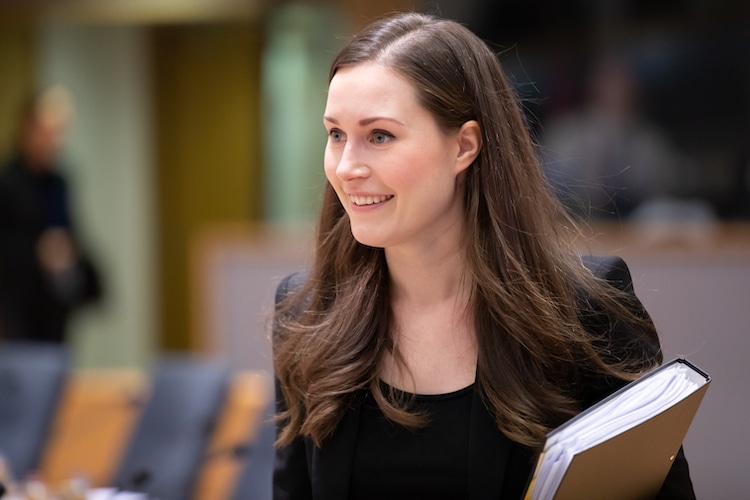 Who doesn't look forward to a long weekend? Well, what if every workweek included a three-day break? If Finland's new Prime Minister Sanna Marin has her way, the entire country will be seeing less time in the office and more time enjoying friends and family.

Marin, at 34 years old, became the world's youngest prime minister when she was sworn into office in December. Known for her progressive ideas, she began calling for a shorter workweek—which would consist of 6-hour days, 4 days a week—when she was serving as Minister of Transport and Communications. In August 2019, she spoke about the need to created a more balanced life, where time away from work was just as valuable as time at the office.

“I believe people deserve to spend more time with their families, loved ones, hobbies and other aspects of life, such as culture. This could be the next step for us in working life,” Marin said in a speech given at the 120th anniversary of the Social Democratic Party.

Though the proposal isn't currently on the new government's agenda, and political rivals at the time called the idea “unrealistic,” it's not without precedent. Sweden ran a two-year trial of six-hour workdays, which ended in 2017. It was reported that during the first 18 months of the trial, nurses working shorter hours used less sick leave and boosted productivity by organizing an astounding 85% more activities for their patients.

France also famously cut down on its workweek in 2000, slicing weekly working hours from 39 to 35. On the other side of the world, Microsoft Japan experimented with a four-day workweek in 2019 and found that it boosted productivity by 40%.

In reality, Finland itself is already accustomed to unconventional work patterns. Right now the country follows the 1996 Working Hours Pact, which allows many employees the flexibility to start or finish their workdays three hours earlier or later.

The world will certainly be watching Marin closely, as she and a five-party center-left coalition headed entirely by women take charge of the Nordic country. As they move forward in governing Finland, it will be interesting to see if Marin will raise the idea again.

Like the idea? Share
Like My Modern Met on Facebook
Get Our Weekly Newsletter
Become a
My Modern Met Member
As a member, you'll join us in our effort to support the arts.
Become a Member
Explore member benefits
Like the idea?