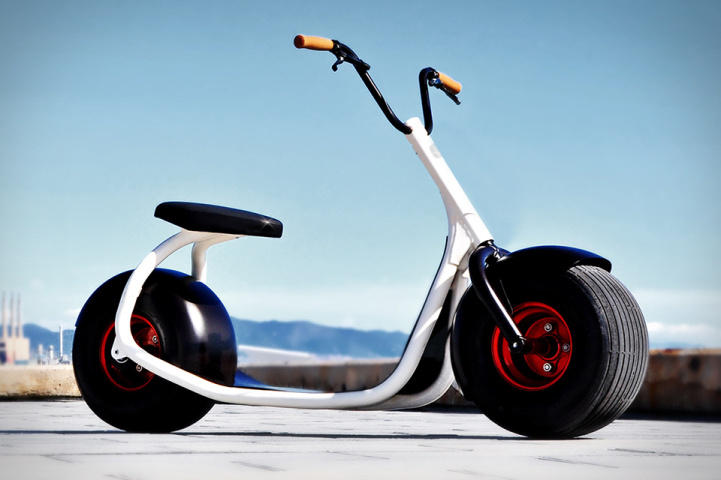 With urban environments becoming more and more congested, there has been an increase in more eco-friendly and space saving alternatives. German-based company Scrooser hopes to revolutionize the way we travel around our cities with their now successfully funded Kickstarter project. The Scrooser is an electric scooter that is similar to a push scooter rather than a motored one. This is because it uses an amazingly engineered impulse drive that quadruples the power of your kicks to a top speed of 15mph. The power source is a standard lithium ion battery found beneath the floorboards. It takes three hours to fully charge and can go for up to 35 miles in distance.

A noticeable detail of this design are the fat wheels which adds to its manageable but cumbersome 60 pound weight. The smooth ride has been compared to the feeling of snowboarding. Other features of this unique mode of transportation are its full aluminum frame, LED running lights, ignition lock, and a cable lock built into the frame so you won't have to worry about anyone stealing your new ride. For just shy of $5,300, you can own your own Scrooser by donating to their Kickstarter campaign, which has already destroyed their set production goal of $120,000. Check out their promotional video below to learn more. 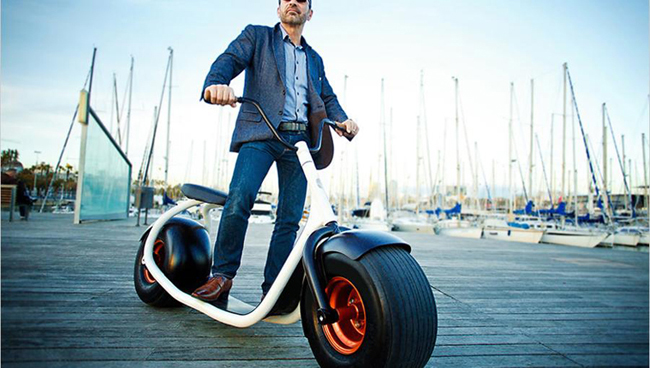 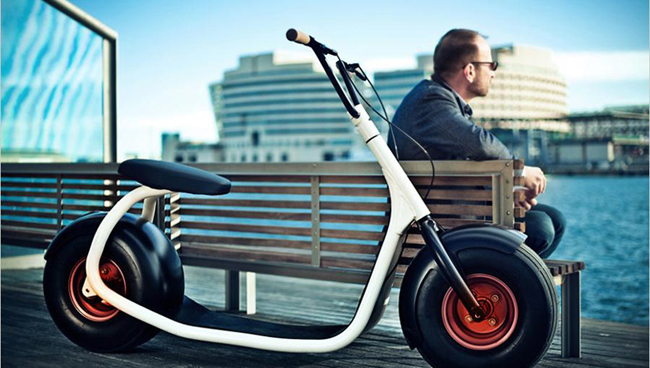 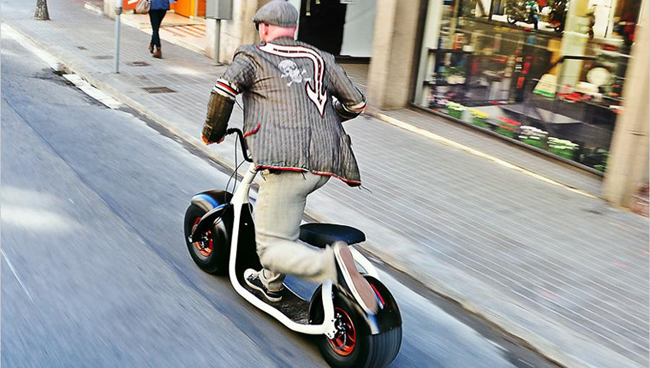 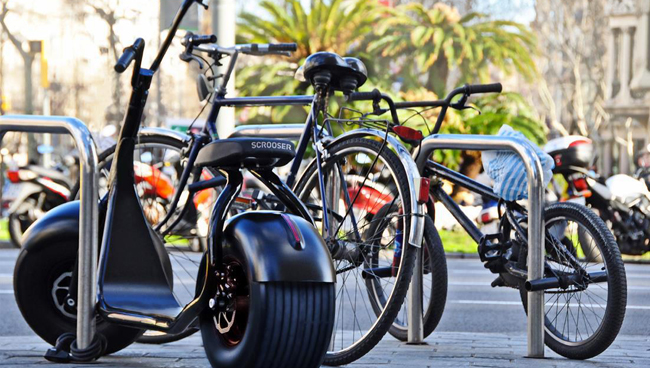 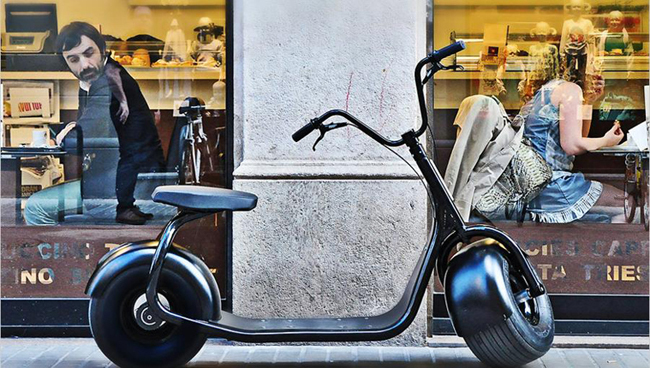