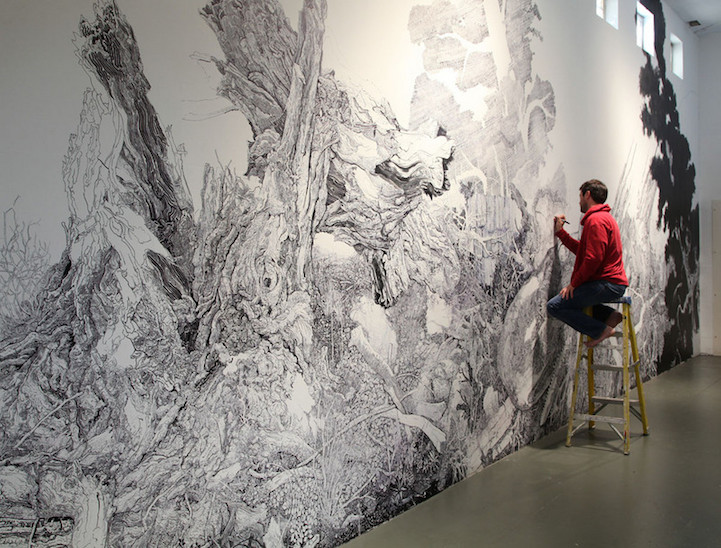 After seven long months of work, California-based artist Sean Sullivan finished Grand Pale Maw, an expansive drawing that covered the wall of a hallway in the Los Angeles Contemporary Exhibitions (LACE) gallery. Using just a black marker, the artist started drawing with the image of a fallen oak tree in his mind, but his imagination quickly took off from there as he painstakingly drew heaps of rotting wood, fallen branches, knots and fissures, wild grass and plants, bushy leaves, and even a massive whale. The amount of detail in the mural is breathtaking, as each closer look reveals another aspect of the piece.

Sullivan was originally given just three months to complete the mural, but he exceeded that timeline by four months. Finally, in November 2011, the artist wrote on his blog that he “threw in the towel” and decided to end his work on the wall. Although the piece is technically finished, it's interesting to imagine how it might've developed even more had Sullivan continued working on it.

According to the exhibit page on LACE's website, Sullivan “often attempts to address mythological divisions surrounding nature and the artificial world by creating highly focused handcrafted drawings.” In this work in particular, the idea of “passage” is emphasized as “a physical space as well as a narrative of inheritance.” 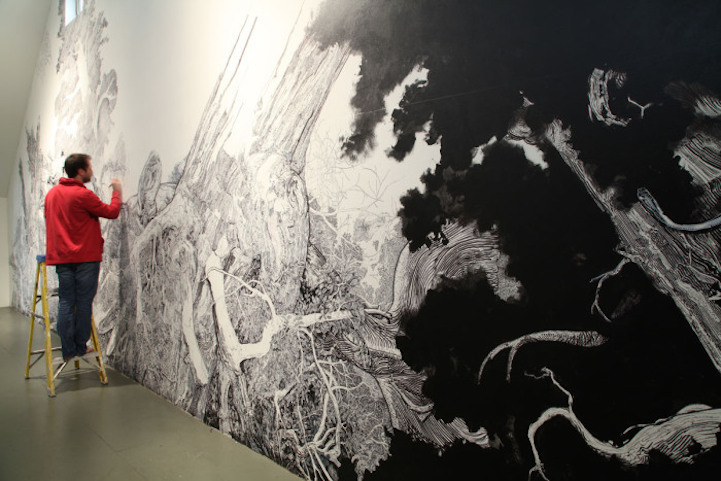 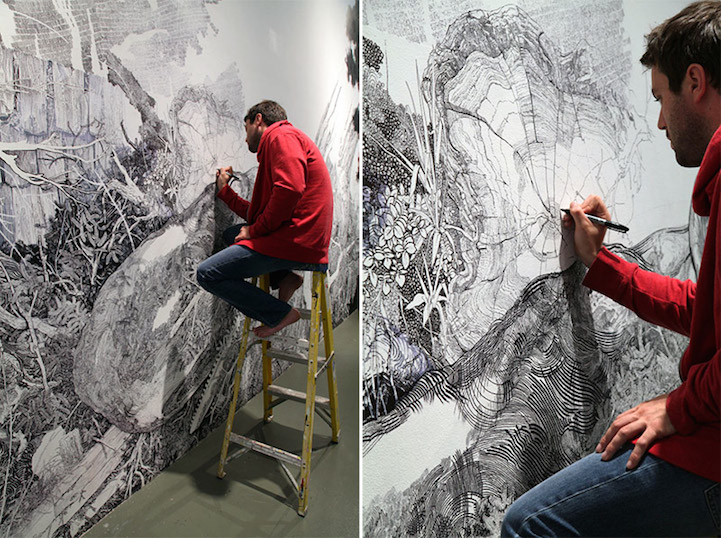 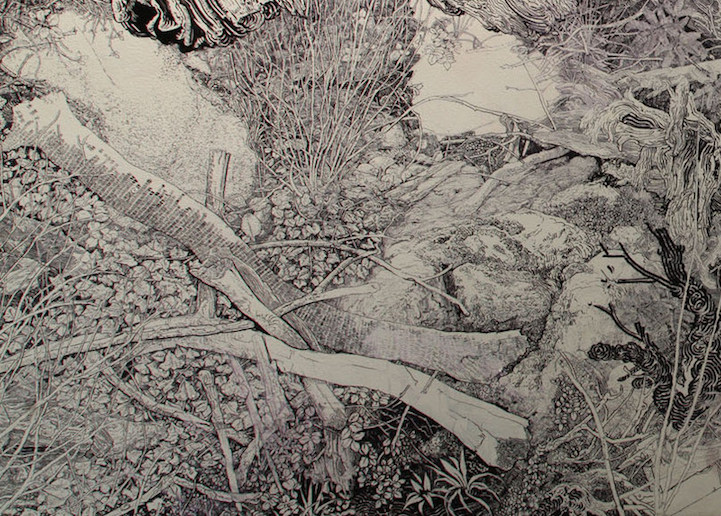 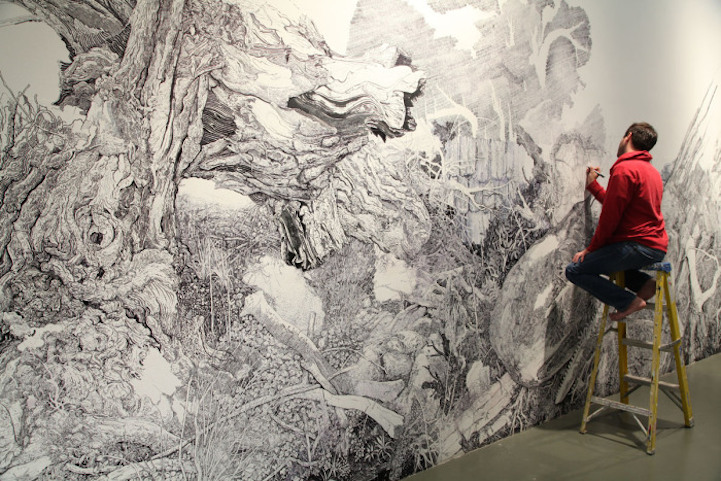 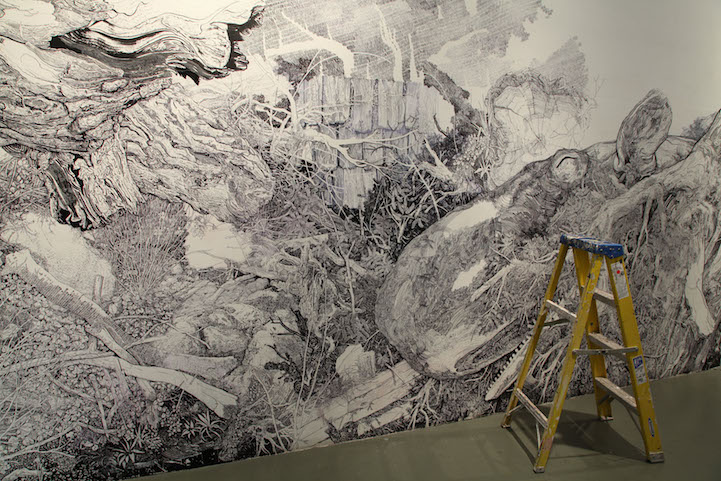 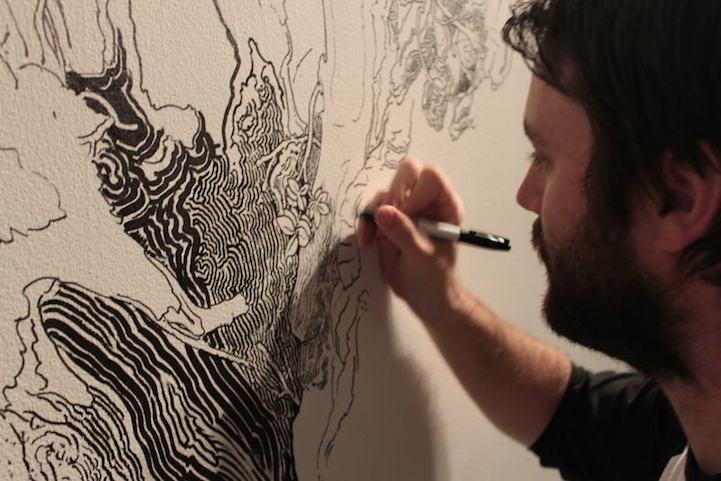 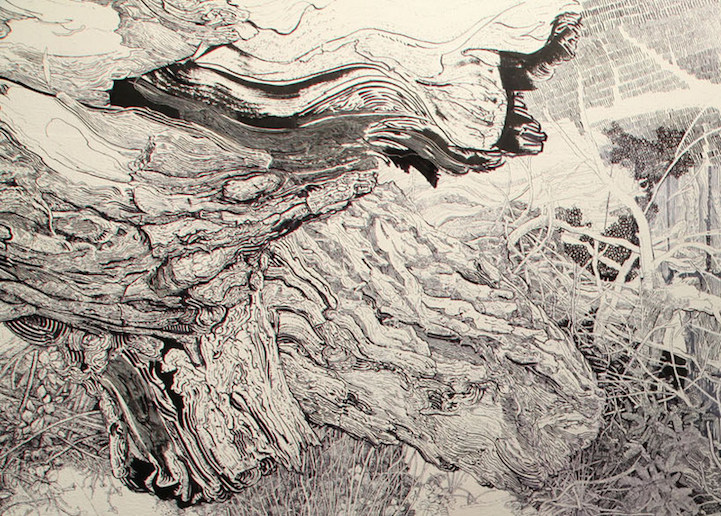 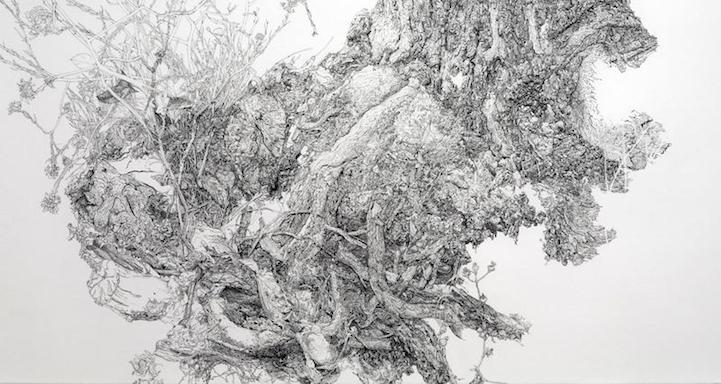