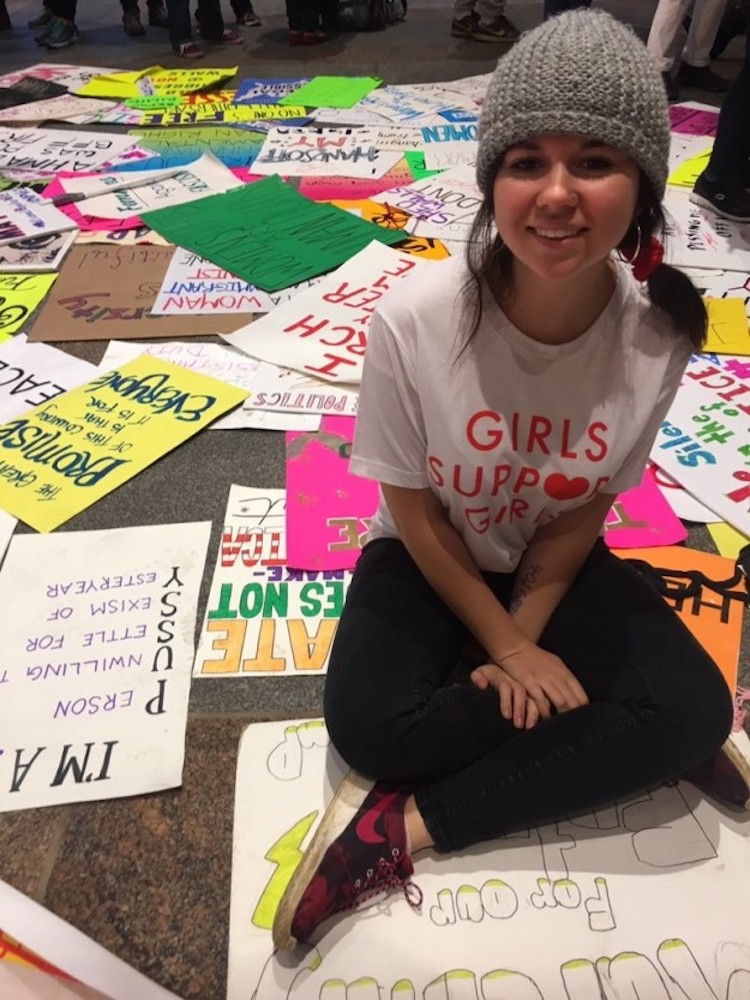 Nineteen-year-old Emma Krenzer has created a powerful image that depicts the aftermath of sexual assault. The NSFW project explores the idea of a map—in this case, one that that details unwanted touch and advances from family, friends, lovers, and more. To construct the piece, Krenzer took a photo of a friend, printed out a life-sized copy of it, and then used colorful paint to mark the offending areas. Like most maps, Krenzer has provided a key that explains what the different hues represent. When you look at the key and then examine the photo, the visual impact and emotional scars left is overwhelming.

Krenzer’s mixed media artwork was originally created as a project for an art class at her school, Nebraska Wesleyan University. But, its meaning went well beyond an ordinary assignment. “I made this project largely for myself to actually visualize the lasting impact that touch can have on an individual,” she told BuzzFeed. “I thought about what was true for myself, and also, what I perceived to be commonly true for people in general, when I mapped out these touches.”

After completing her piece, Krenzer shared it on Twitter. The response from people around the world was “both heartbreaking and empowering” to her. “Some people told me they burst into tears after viewing the piece and others thanked me repeatedly for creating it,” Krenzer explained. “I really don’t have the words to describe how it makes me feel.”

Her willingness to be open, honest, and most importantly, vulnerable, garnered the global response. Krenzer is now planning on making a series that revolves around the human body and “expressing important messages about it.” By creating visibility for issues like these, she is helping others heal. 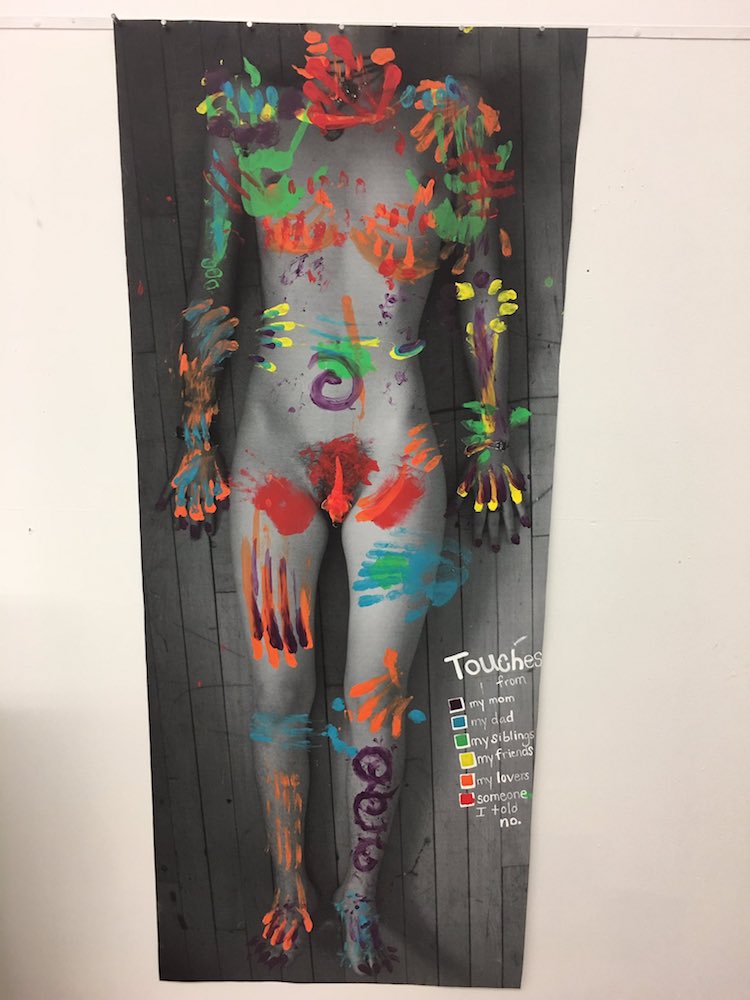 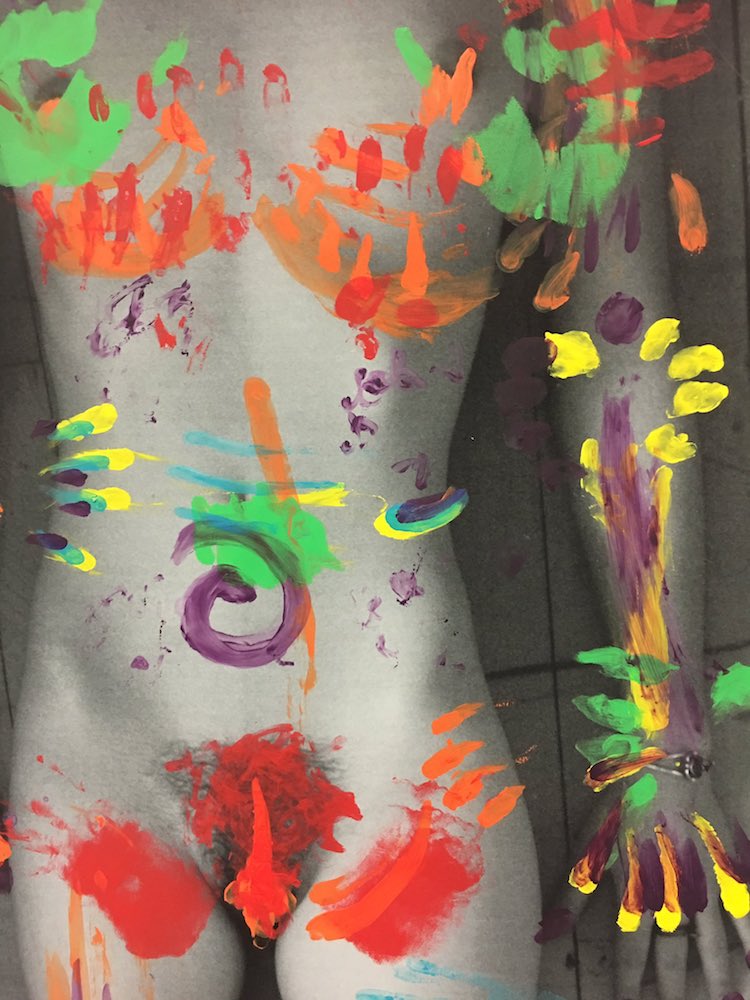 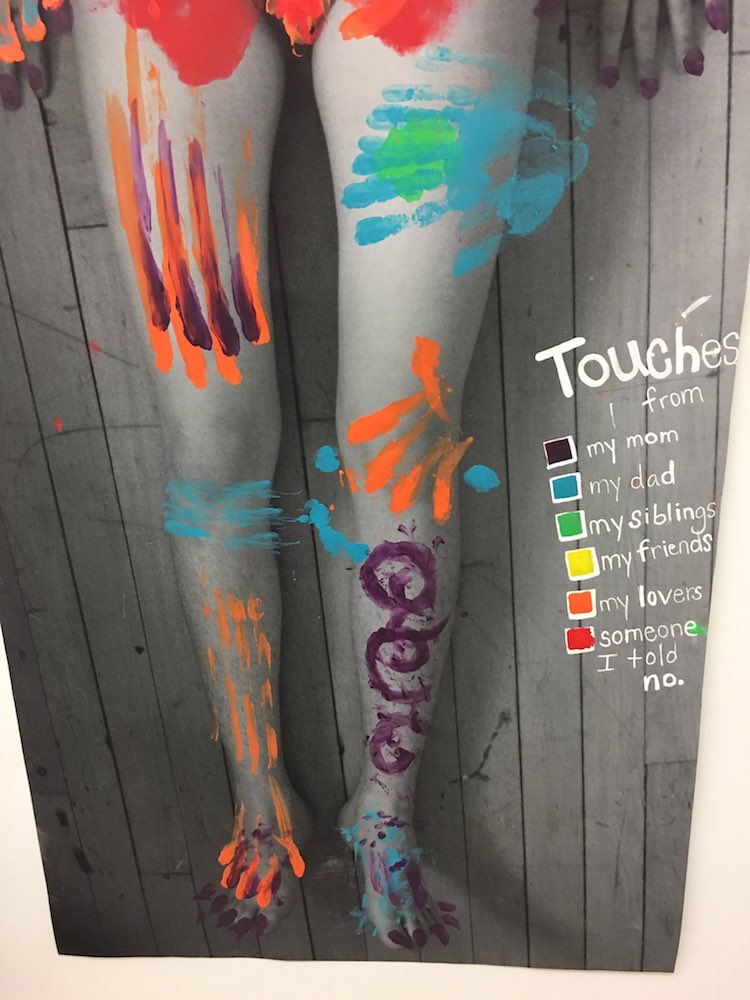 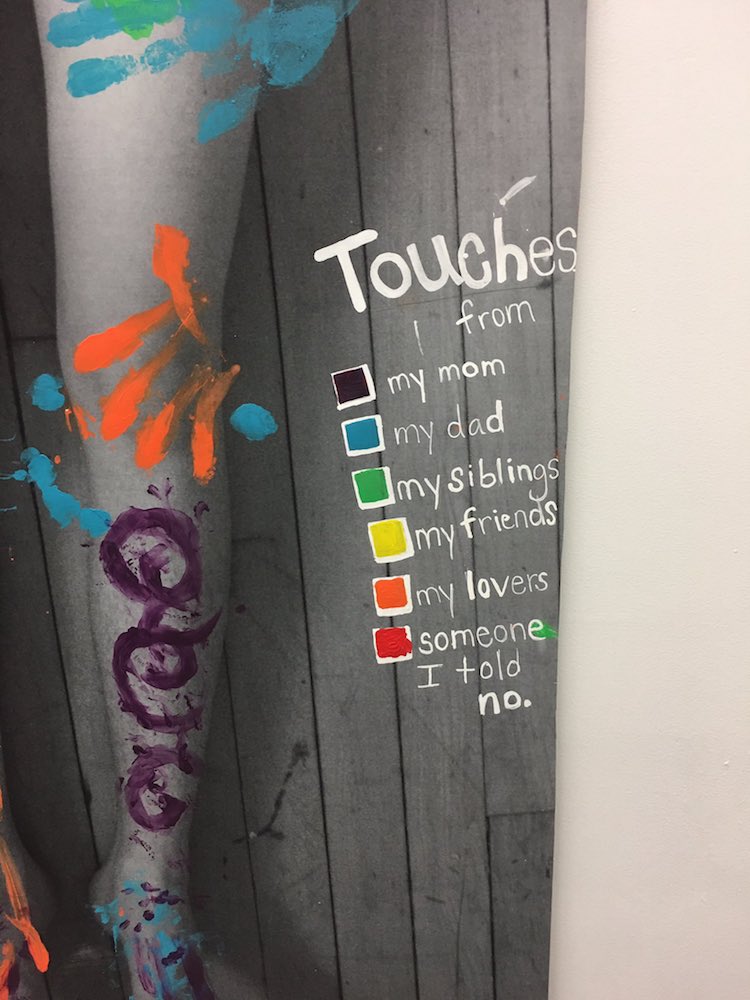 All images via Emma Krenzer.