Dazzling Photos of Glow Worms Lighting Up an Underground Cave 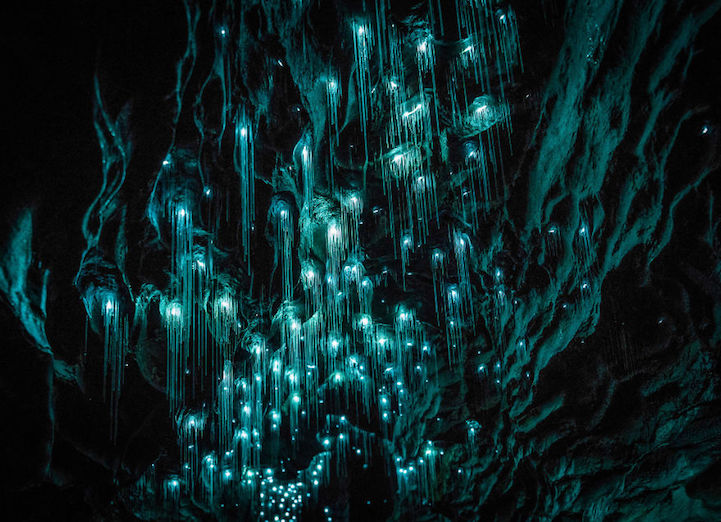 For the past year, photographer Shaun Jeffers has explored what lies beneath the surface of the Earth. Specifically, he’s focused on the Waitomo area of New Zealand and its mesmerizing underground limestone caves. In them, glow worms—tiny creatures that emit a powerful phosphorescent shine—illuminate the pitch black cavern, putting on a spectacular show that looks out of this world.

Jeffers has spent ample time in the Ruakuri Cave to learn how to photograph these creatures, and his dedication has rewarded him with some truly compelling shots. The glow worms’ light seemingly drips from the ceiling like long icicles, their dazzlingly cool reflections illuminating the still waters below.

The stark visual contrast of the bluish-green light and darkened cave resembles a glittering starry sky. Coincidentally, photographing the glow worms was similar to shooting an above-ground landscape in the middle of the night. Jeffers used long exposures—between 30 seconds and six minutes—in order to capture their intense beauty. This meant, however, that he had to sacrifice some comforts, like warmth. “To achieve the shots,” he explained on Bored Panda, “it required me to submerge myself and my tripod in cold water for up to 6-8 hours a day.” But, he says, “It was totally worth it!” 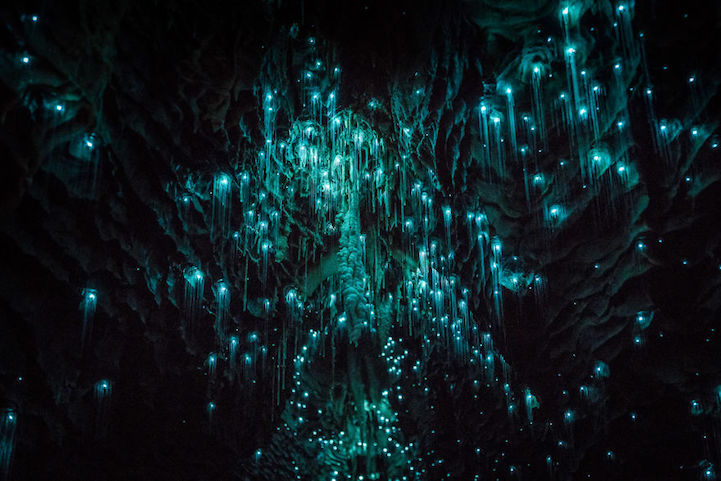 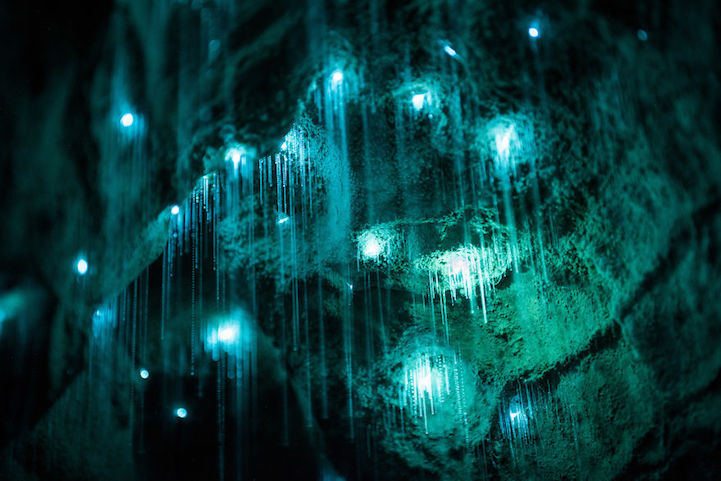 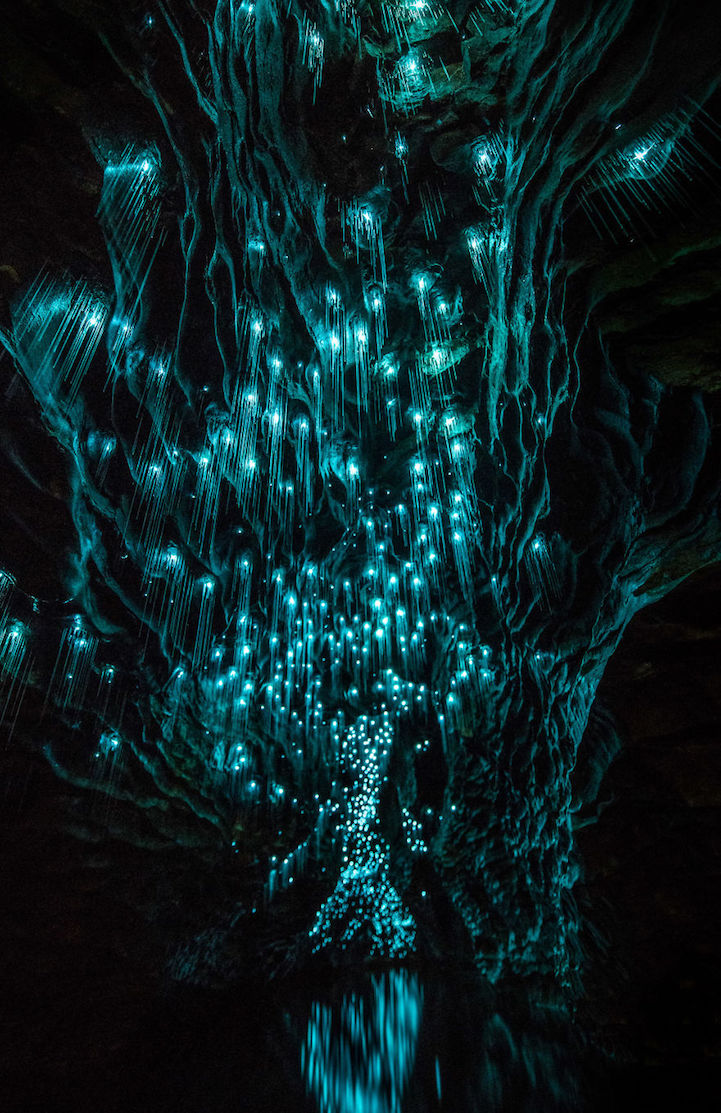 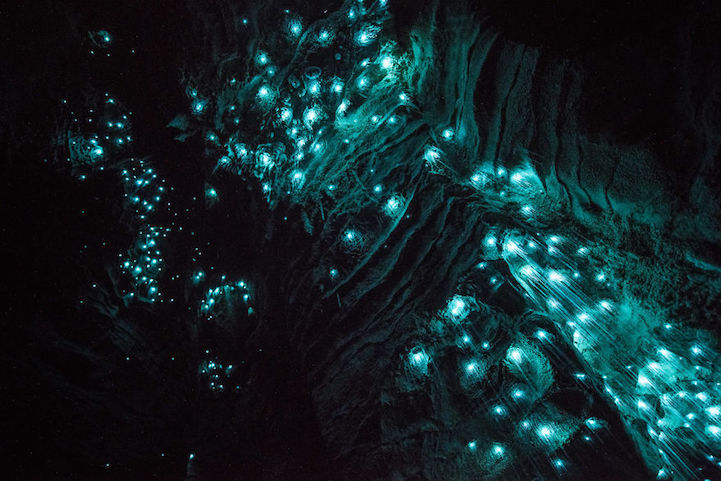 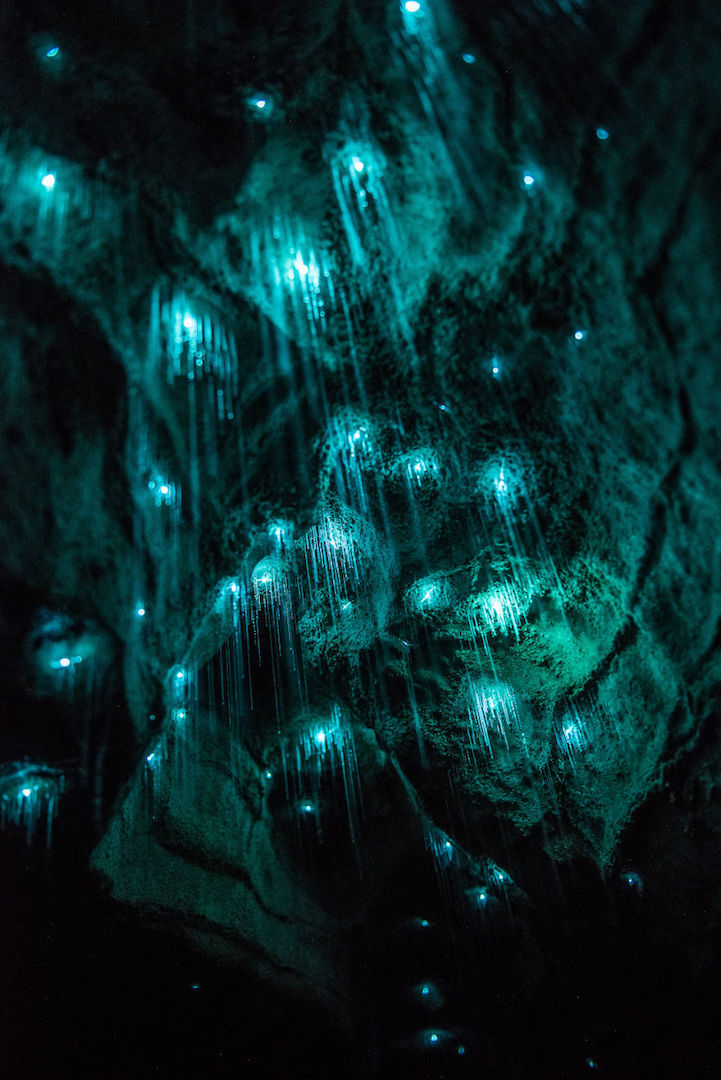 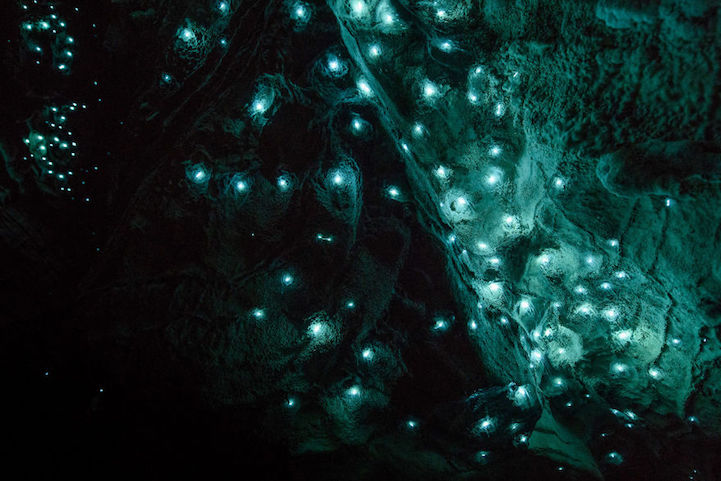 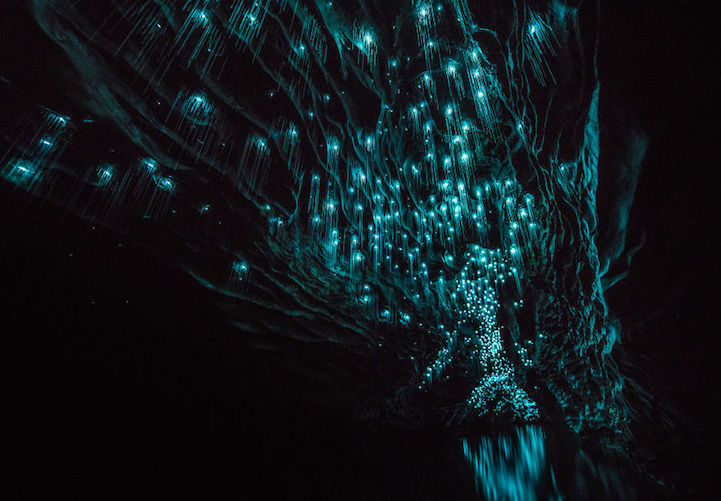 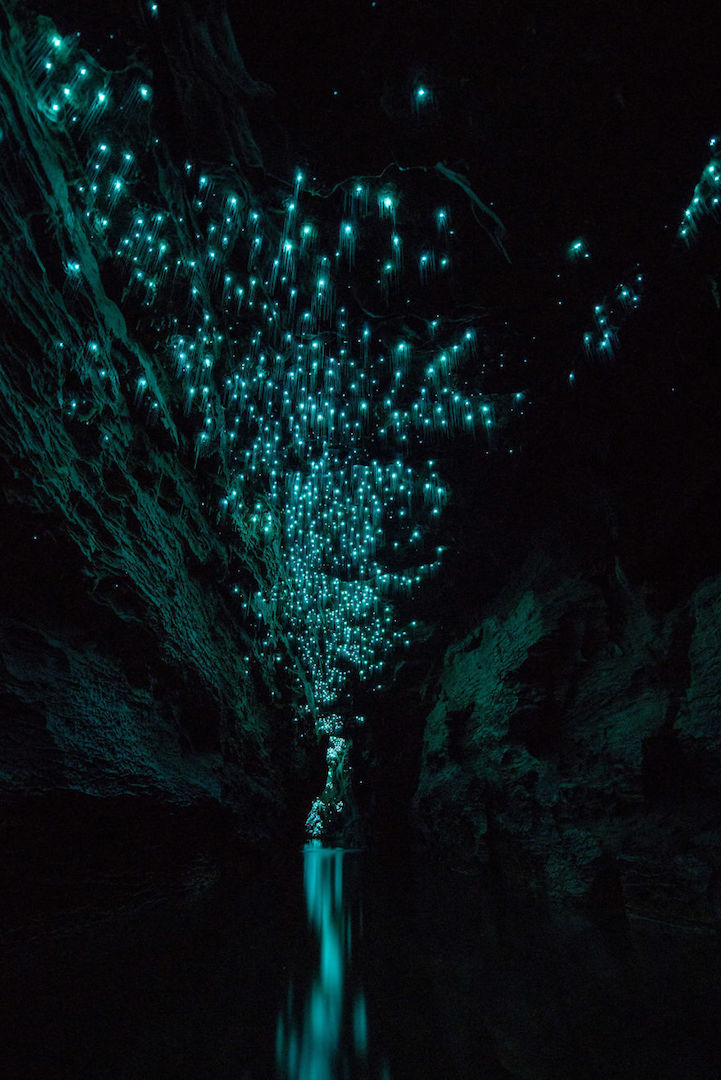 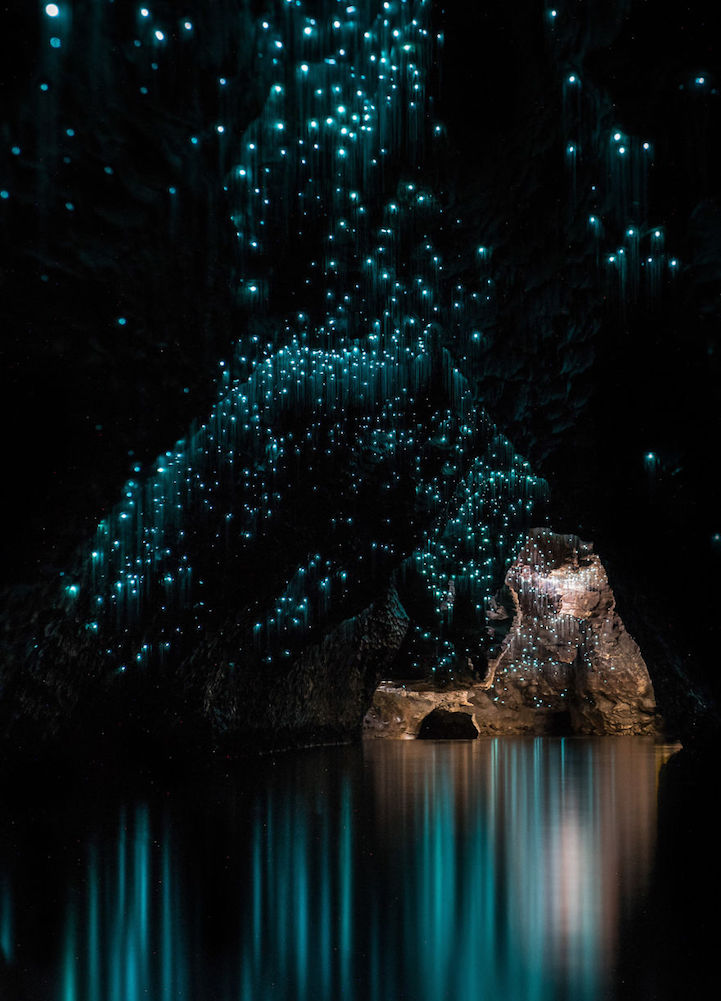 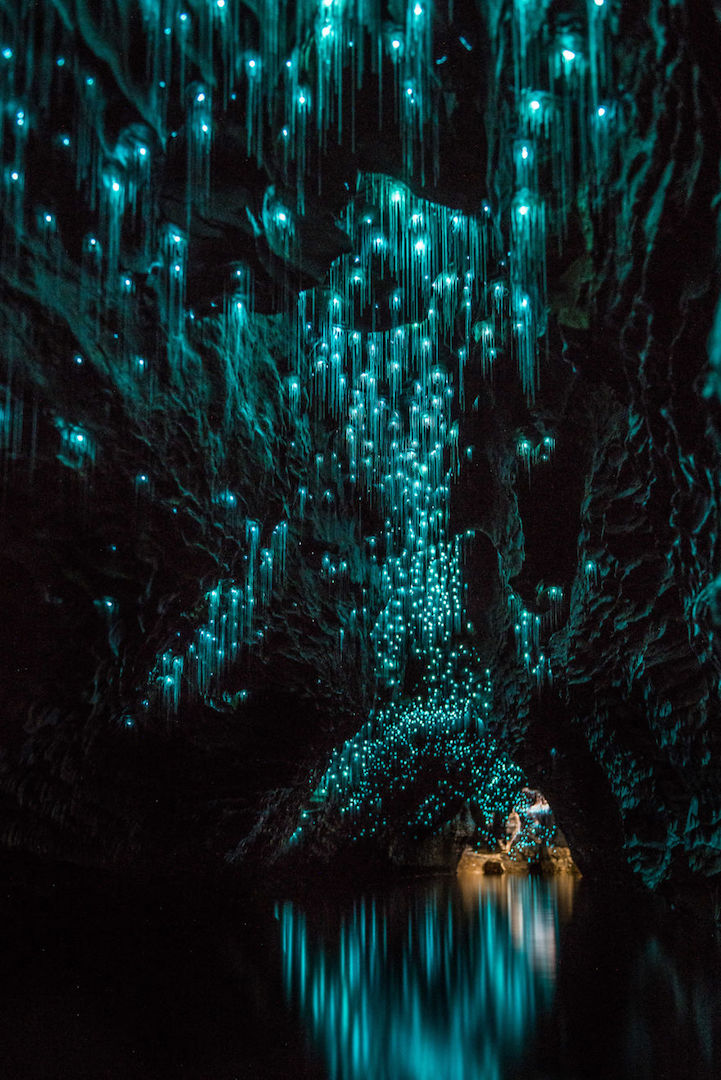 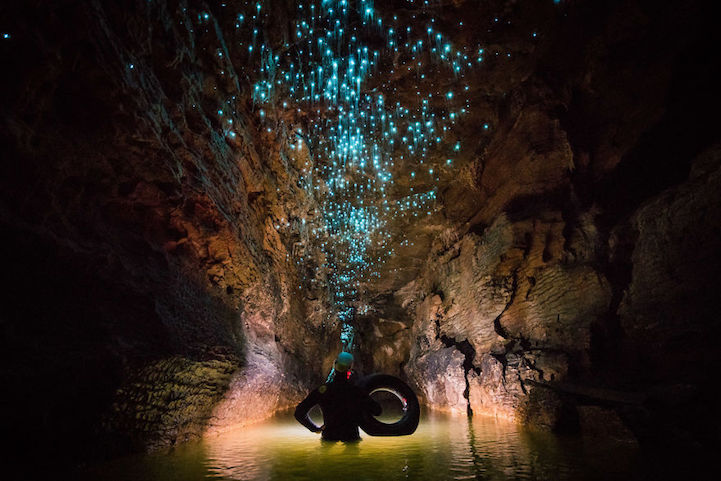 My Modern Met granted permission to use photos by Shaun Jeffers.