Stepping into a 3D Blueprint 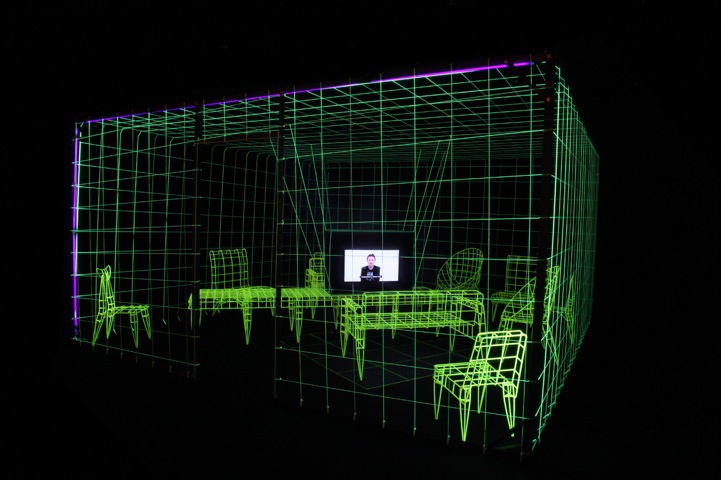 This room will make you feel like you've stepped into the Matrix. Hong Kong-based UK artist Simon Birch is probably best known for his striking paintings, but the multimedia creative has been trying his hand in other mediums as well. The accomplished painter's installation titled Crawling from the Wreckage mixes a mastery of architecture and design to represent a 3D blueprint of a room.

Even though it looks like a computer generated model, it is in fact a room that can be entered, with fully-functioning furniture. The installation, part of a multimedia project featuring a wide array of artistic mediums titled Hope and Glory, is like a futuristic cell or arena for recreational activities. Maybe I grew up watching too many futuristic sci-fi films, but a bevy of movies come to mind including Tron and Minority Report. This room makes it okay to say “The future is NOW!” 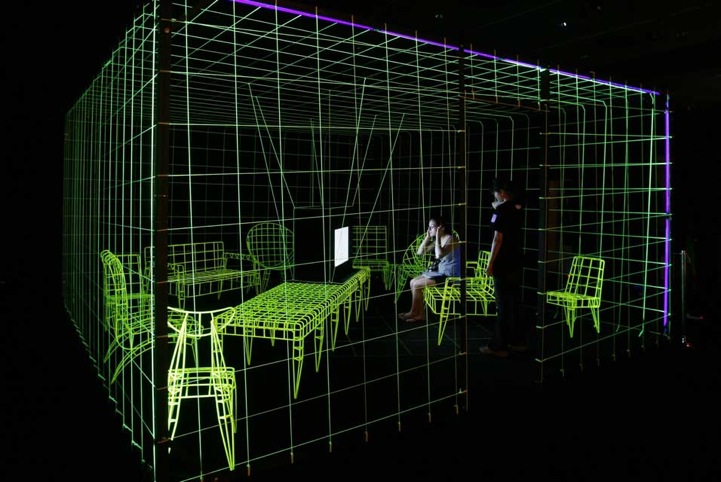 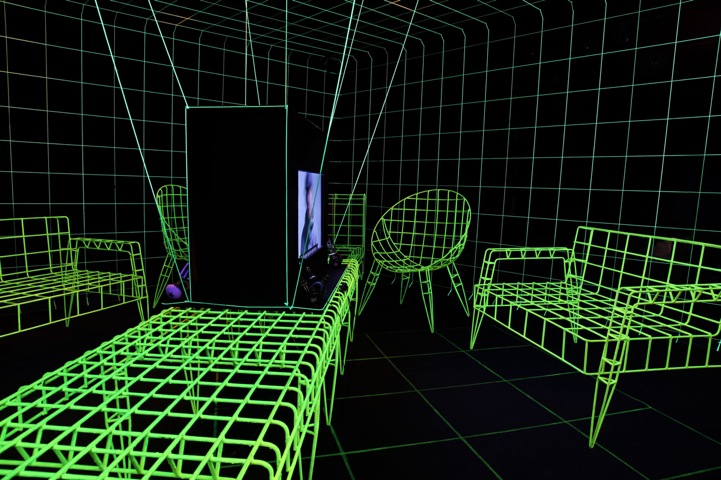 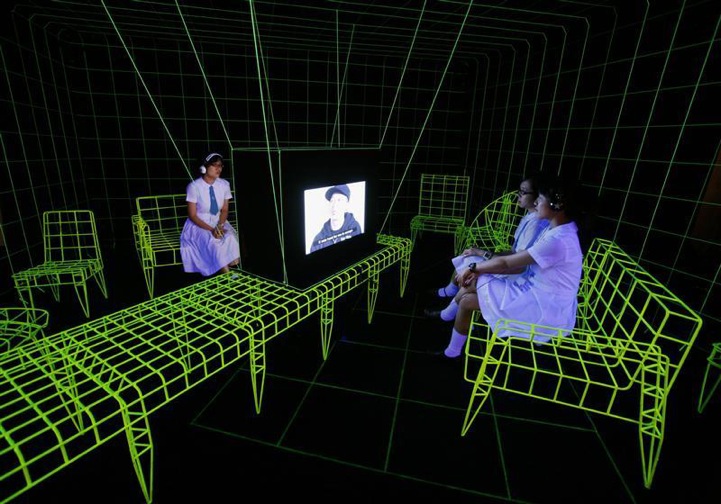 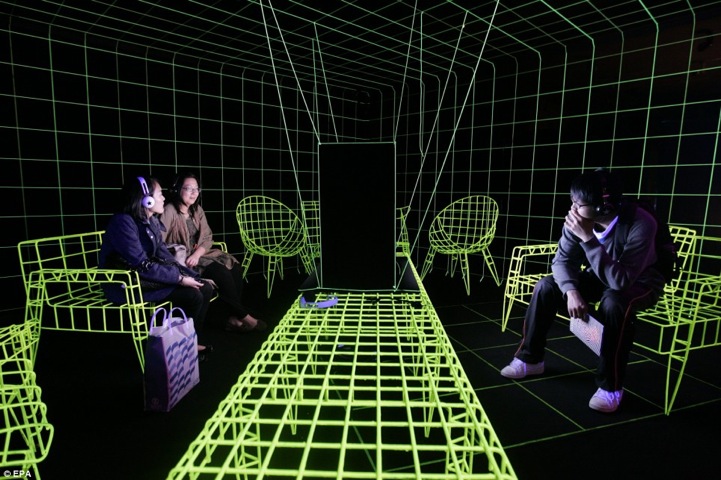 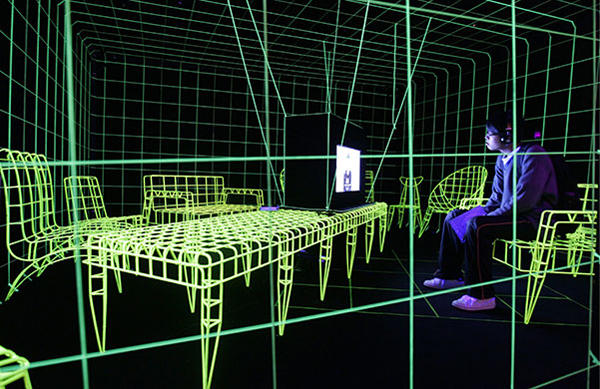