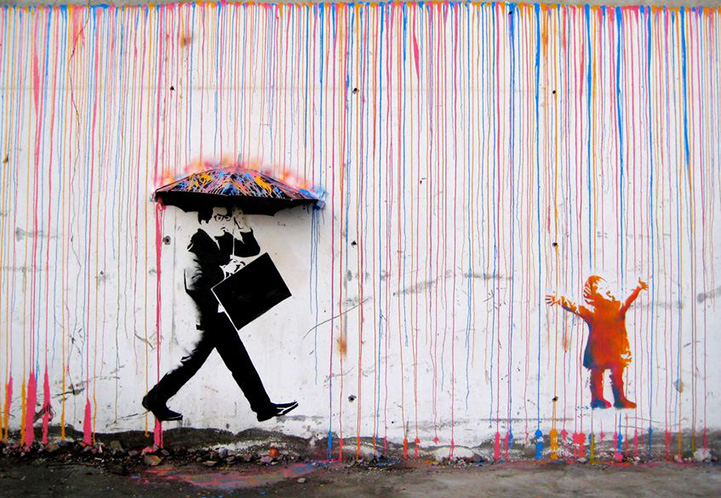 CMYK is a three-dimensional mural created by the Norway-based design collective, Skurktur. Using spray paints, stencils, and a variety of mixed media, the artists produced this playful scene in which a young child and a grown man react very differently to the colorful “rain” dripping down the side of the building. The flat stenciled shapes interact seamlessly with the drips of water and the half-umbrella protruding from the wall.

As the man rushes along to get to shelter, the young child stands with arms spread wide, exposed to the rain and embracing every drop with great joy and enthusiasm. The innocence of youth and the freedom of splattered paints are directly juxtaposed against the sullen posture and hurried scramble of adulthood. According to the website, the piece was used as part of a campaign for Ricomincia da Te, a movement promoting political and economic reform in Italy. 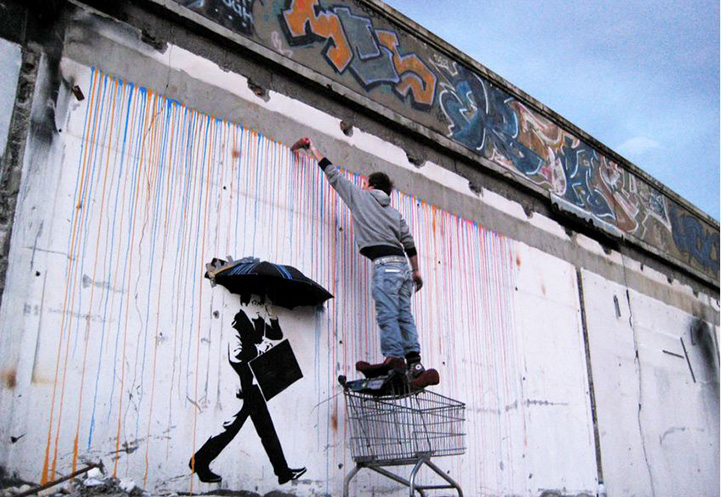 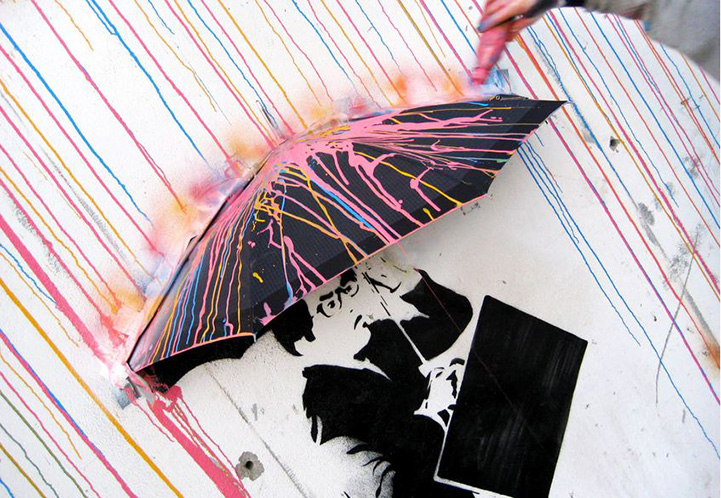 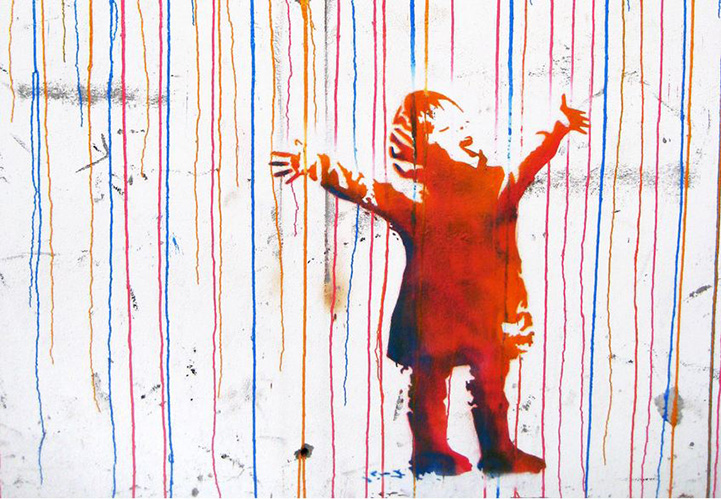 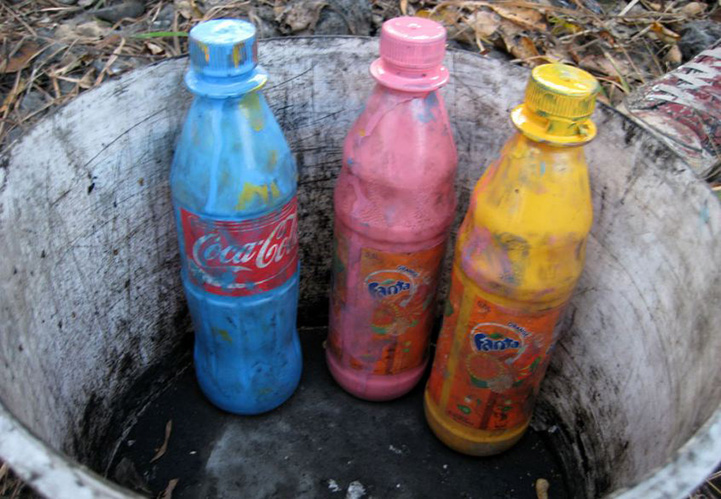