Sneak Peek!: Contemporary Art Lands in the Palace of Versailles

If you happen to be visiting the Palace of Versailles this Fall, get ready for an extra treat. Starting Sunday, eight contemporary work of art have been installed in the palace, the royal gardens and courtyards for a show that will run from September 13 to December 13. French artist Xavier Veilha is the premiere artist this year. You'll see a sculpture called Le carrosse which is a 50-foot long futuristic coach and horses, said to be a reference to the departure of the royal family on October 6, 1789, when the mob brought the king, the queen and their children to Paris. You'll also see a 13-foot sculpture of Yury Gagarin, the first man in space, lying on the ground and riddled with moon-like craters.

The show is already set up ahead of the official unveiling Sunday.

Here's some of the first pictures, courtesy of Telegraph: 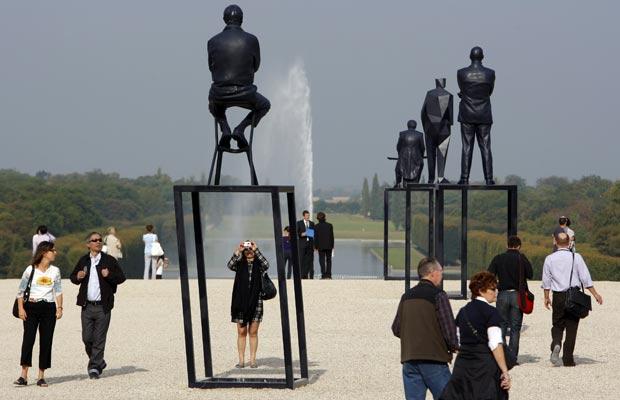 Tourists look at sculptures called “The architects” by artist Xavier Veilhan, displayed in the Palace of Versailles gardens. 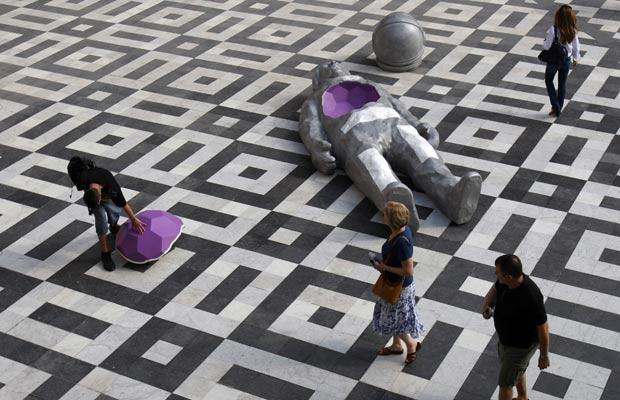 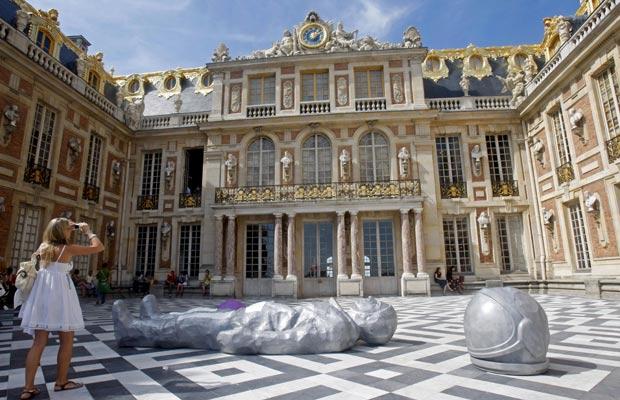 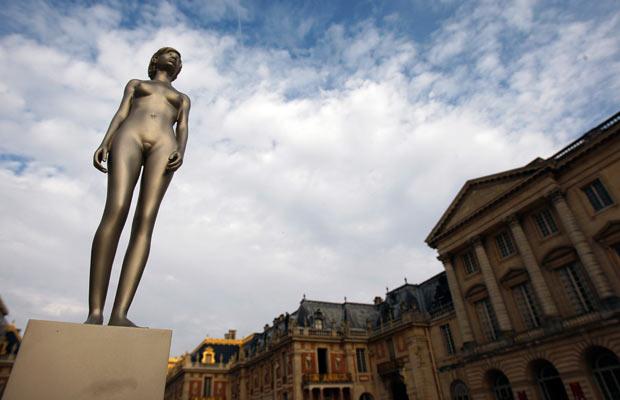 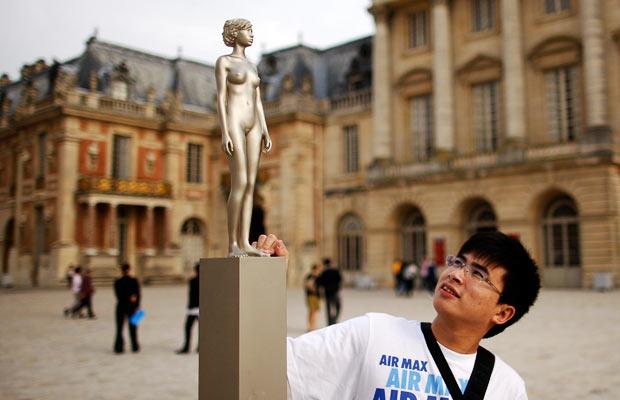 A visitor looks at a sculpture of a naked woman 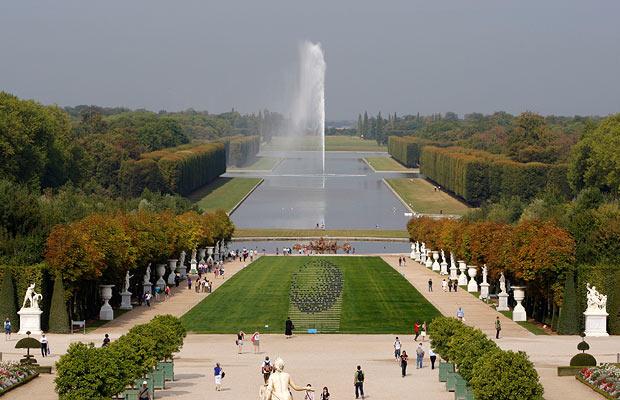 Veilhan has also created a fountain in the gardens, called “Le jet d'eau”

Using the palace as a place to display contemporary art began last year with Jeff Koons' exhibit which drew in a million visitors. Next year expect Japanese pop artist, Takashi Murakami, to turn Louis XIV in his grave with his sexually explicit art pieces. Yowza!