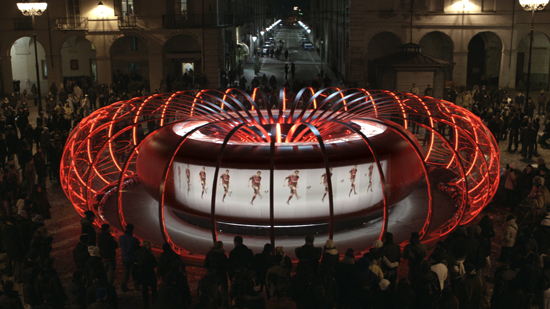 The Sony BRAVIA-drome was inspired by the zoetrope, a device invented in the 19th century to create short films from a series of static images. This modern day zoetrope is 33 feet (10 meters) across, spins at over 25 mph (40 kph) and is the optimal medium for demonstrating how Motionflow 240Hz technology clearly displays today's fast-action motion pictures. A TV commercial featuring this technology was filmed in a square in Venaria, Italy and stars Brazilian soccer sensation Kak. The FIFA World Cup winner performs some of his legendary skills in a series of images inside the BRAVIA-drome. 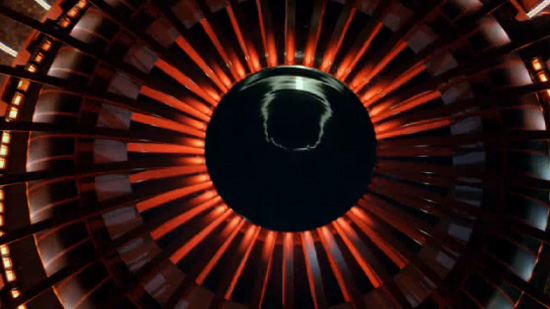