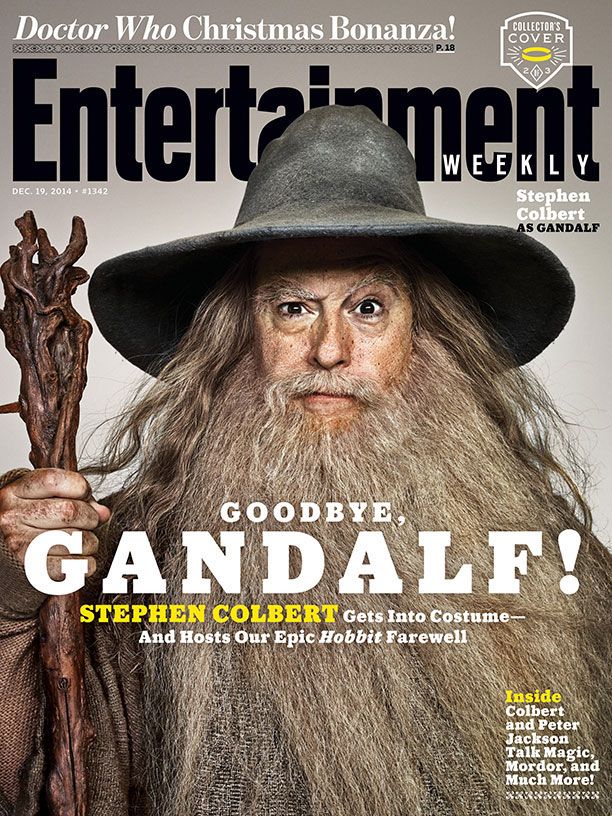 Nation, we present to you one of the greatest combinations in the world: Stephen Colbert + The Lord of the Rings. To celebrate the release of The Hobbit: The Battle of the Five Armies–the final installment of the three-part film adaption of J. R. R. Tolkien's novel–on December 17, Entertainment Weekly invited actor, writer, comedian, and television host Stephen Colbert to take part in an amazing Hobbit-themed photo shoot for their upcoming issue. Colbert, an avid Tolkien fan, was more than happy to exchange his normal suit and tie for a set of wizard's robes, the short breeches of a hobbit, and an Elvish tunic.

Judging from the photos, Colbert had a blast taking on the roles of Gandalf, Bilbo, and Legolas. Wielding a staff, blade, and bow and arrow, he wasn't afraid to bring some of his customary humor to the shoot. In one image, Gandalf sips on a Starbucks drink, his name misspelled as “Randolph” on the cup. In another shot, the wizard waves his staff and sword at a taxicab, yelling what we can only presume to be, “You shall not pass!” A photo of Bilbo depicts him using his blade to spread butter on toast, perhaps in reference to the hobbit's confession of “I feel thin, sort of stretched, like butter scraped over too much bread” in The Fellowship of the Ring.

To see behind-the-scenes footage of the photo shoot, check out the video below. And be sure to keep an eye out for Entertainment Weekly‘s special issue, which hits the stands this Friday. 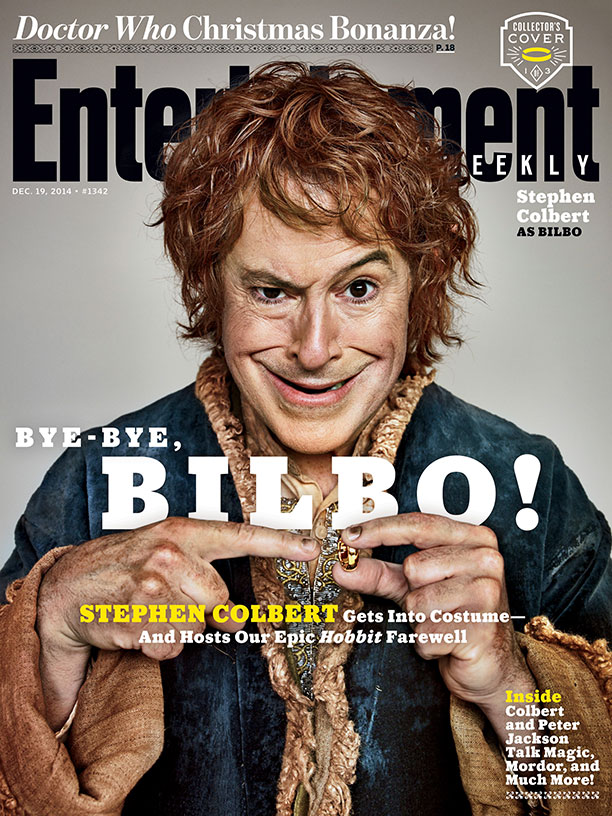 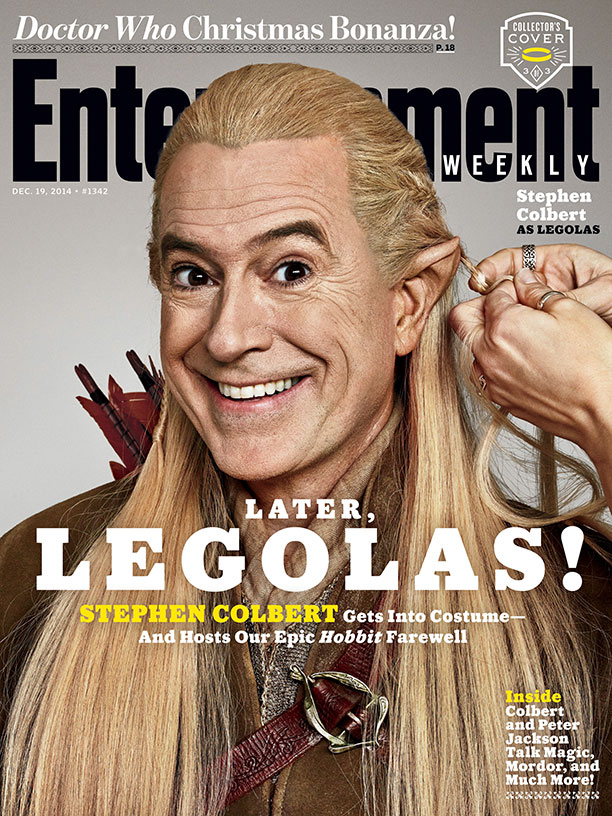 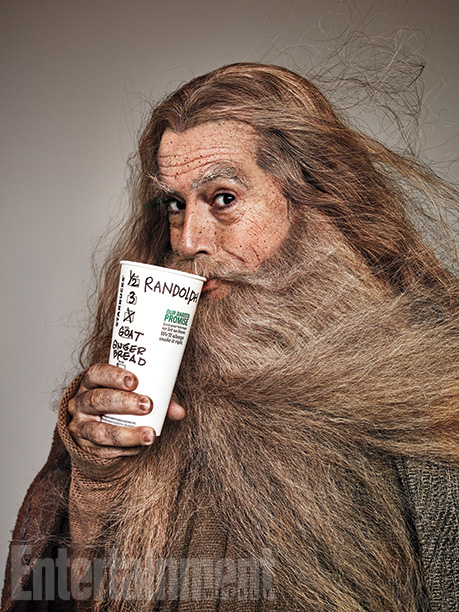 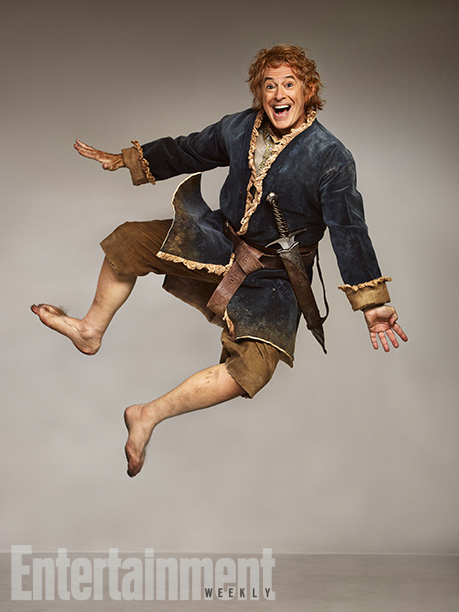 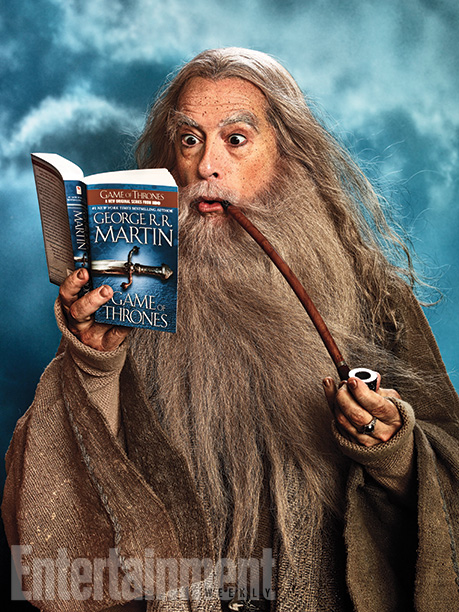 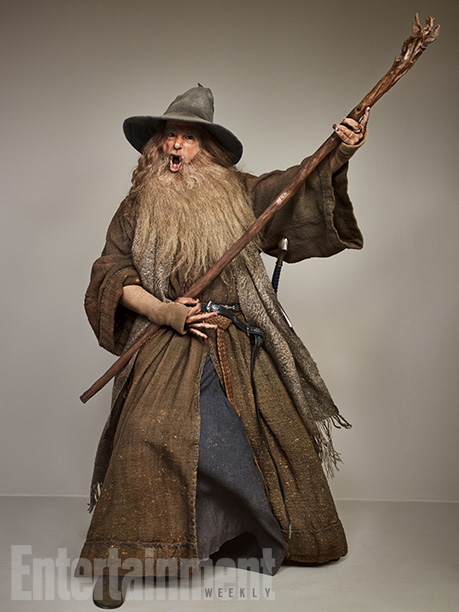 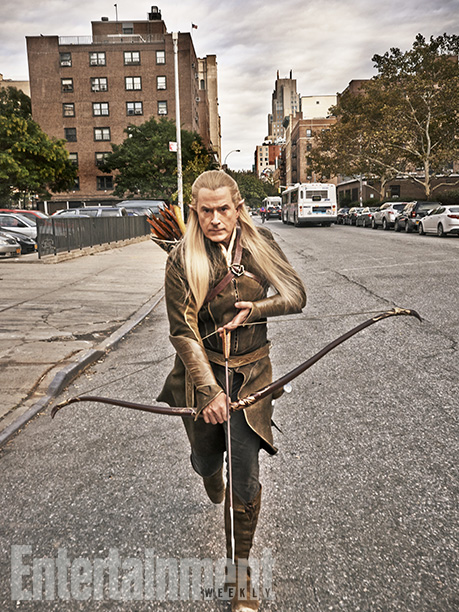 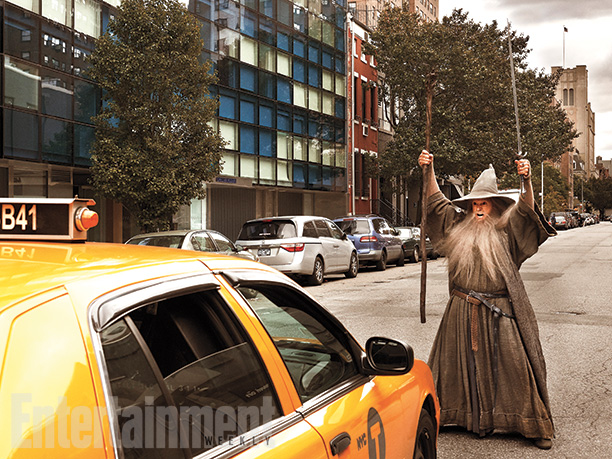 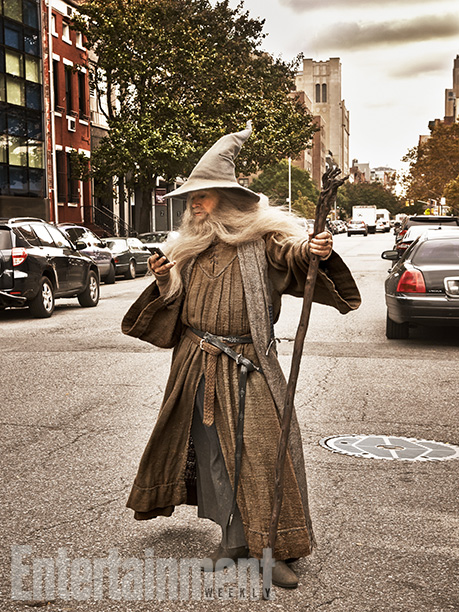 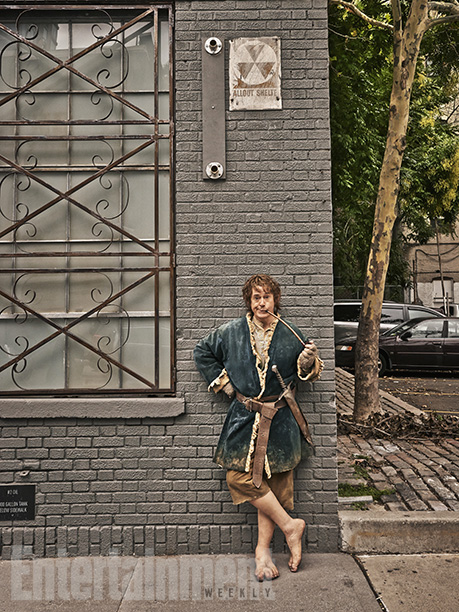 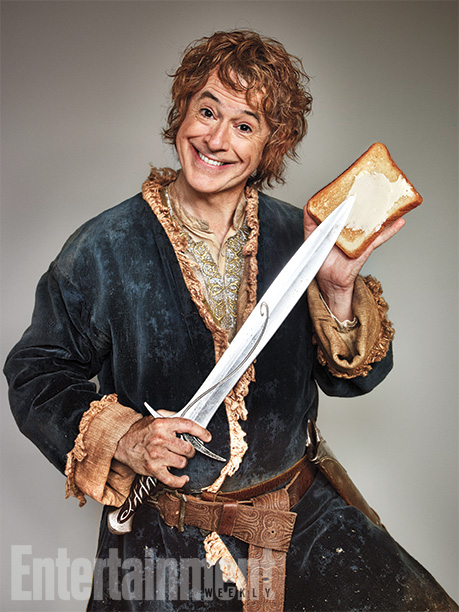 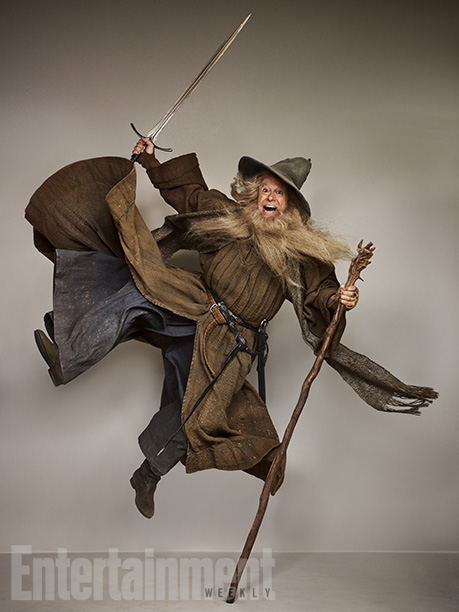 All photos by Ruven Afanador for Entertainment Weekly