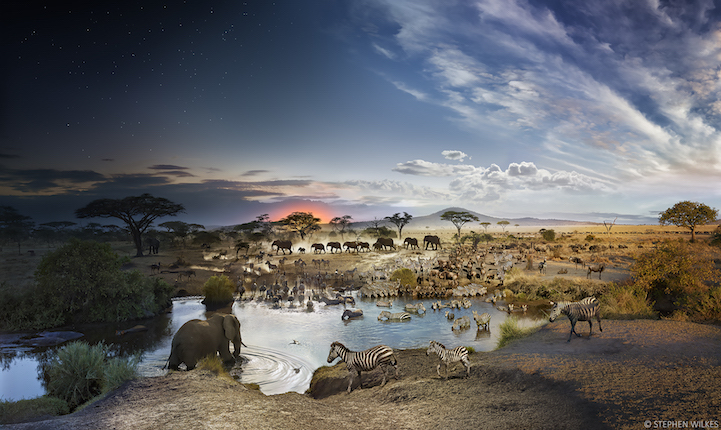 Stephen Wilkes has made an undeniable impression on the world of fine art and photography. For over two decades, his talent has been widely recognized, receiving numerous awards and honours, as well as exhibiting his work around the world and being featured in a variety of magazines, including Vanity Fair and Life. Perhaps best known for his ongoing series, titled Day and Night, the photographer presents iconic cityscapes captured over the course of a day, from sunrise to sunset, in a single frame.

Wilkes' seamless photos showcase the fleeting brilliance of light and time reflected over recognizable landmarks and landscapes. He works from a fixed camera angle, shooting for about 15 hours, continuously collecting over 1500 images. Select images are then blended into one portrait, recreating the transient nature of a single day, from beginning to end. The process is highly laborious–each photograph takes over a month to develop and plan. The resulting shots are evidence of these efforts, detailed and rich, exposing elements of human nature and city culture. The more time spent absorbed in the image, the more details emerge; every shot is unique in both ambient architecture and street life.

Since we last shared Wilkes's work, he's continued to expand his repertoire across the globe, celebrating the narrative of different cityscapes and cultures, joined by the overarching theme of the passage of time.

If you're in New York, be sure to check out Wilkes' exhibit Day to Night, which opens today at Bryce Wolkowitz Gallery and runs through January 9th, 2016. 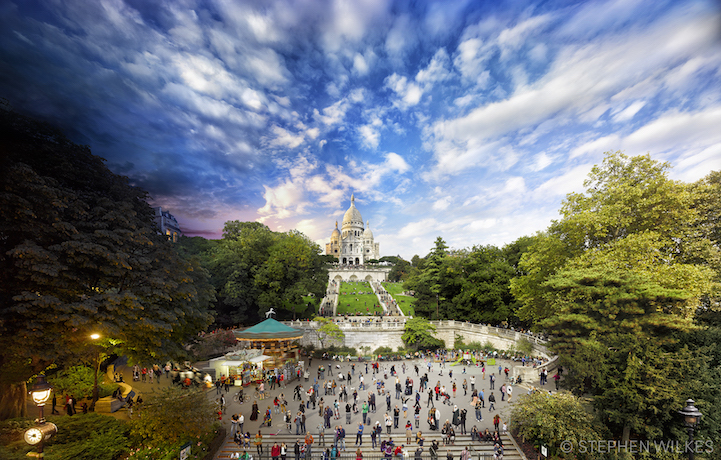 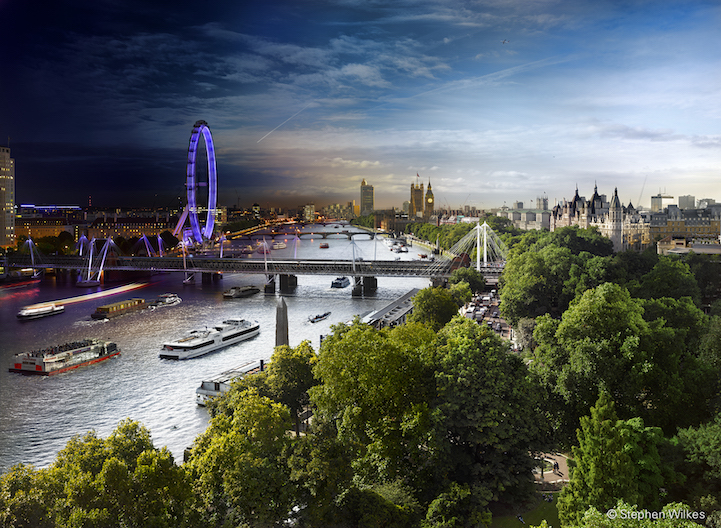 View from The Savoy 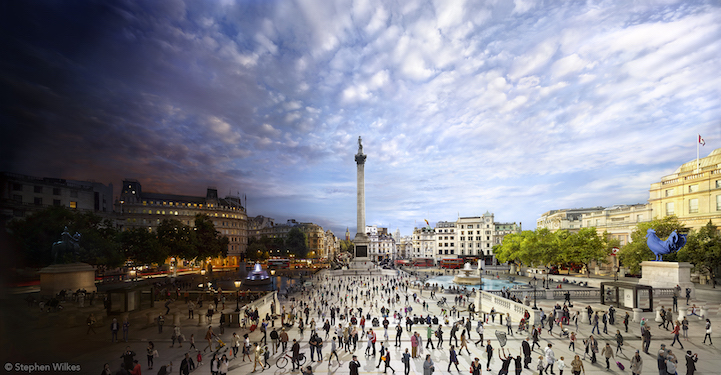 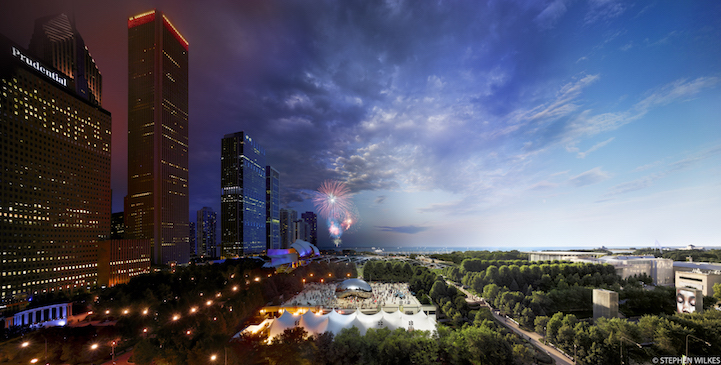 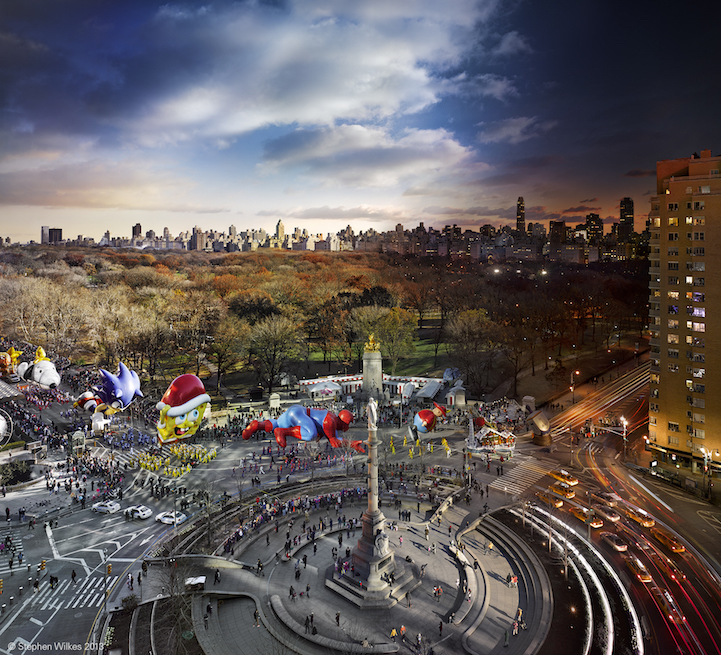 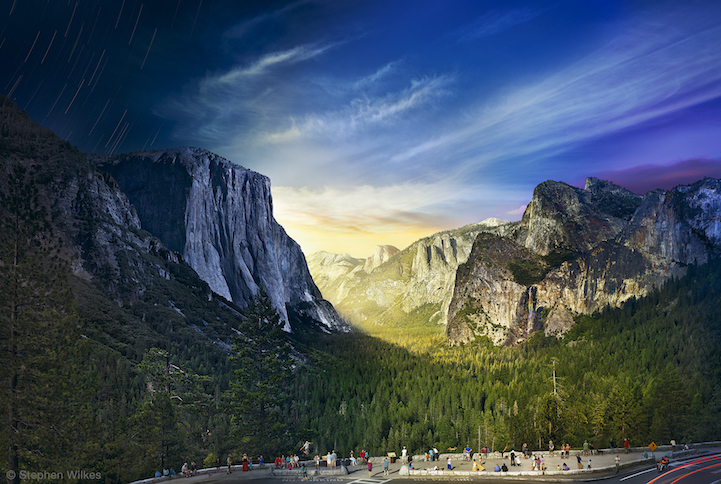 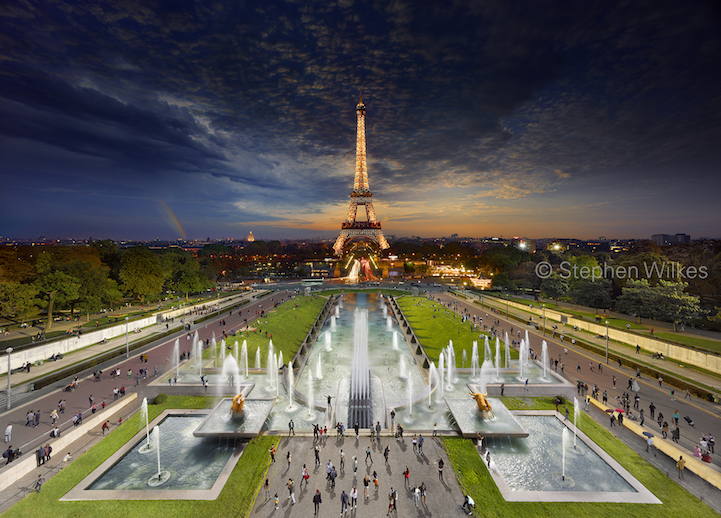 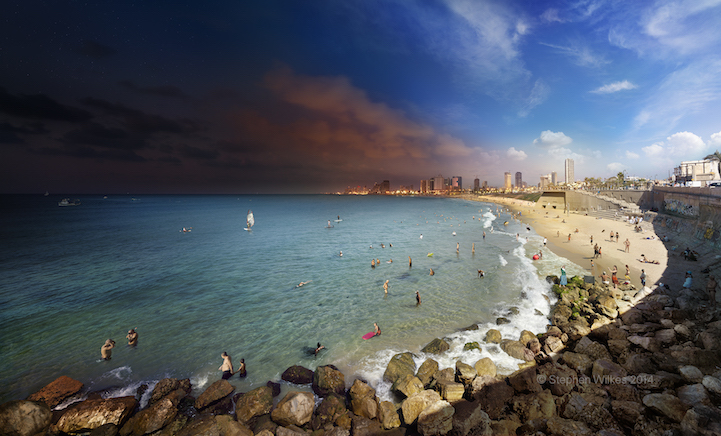 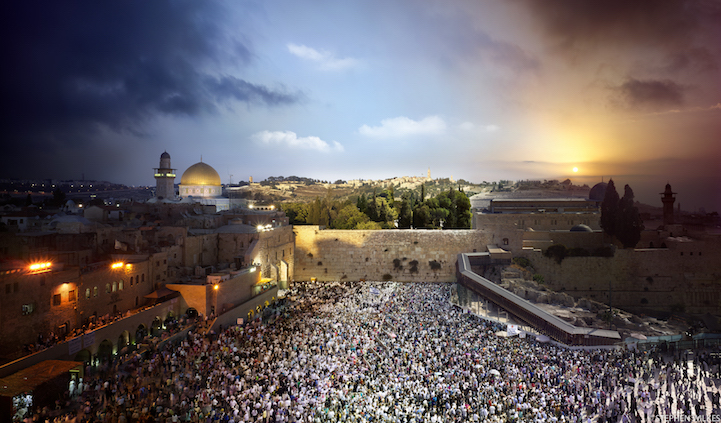 My Modern Met granted permission to use photos by Stephen Wilkes.
Like This Article? Share
Like My Modern Met on Facebook
Get Our Weekly Newsletter
Become a
My Modern Met Member
As a member, you'll join us in our effort to support the arts.
Become a Member
Explore member benefits