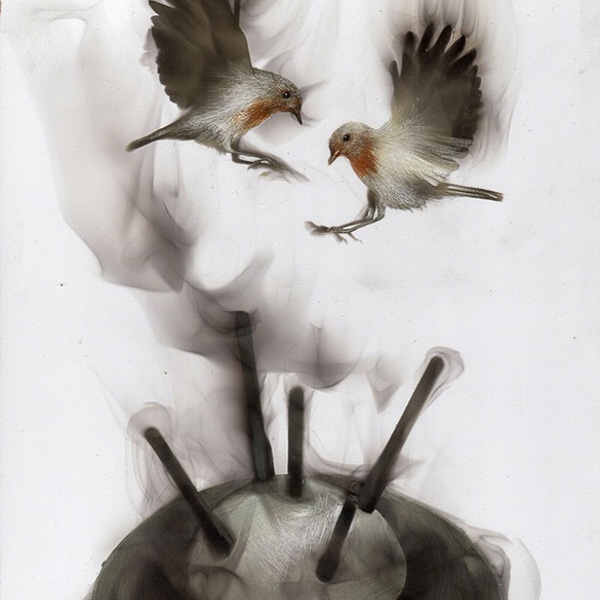 For the past 16 years, artist Steven Spazuk has been honing the craft of painting with fire. The “fire artist” uses the resulting soot from flames to produce haunting, delicate work. By trailing his tools over the remnants of a flame, he almost sculpts his subjects on the canvas in a technique called fumage.

Spazuk is quick to point out that he didn't invent the technique—it's most likely how pre-historic man created cave paintings. But something about his work has captured the public's imagination, as he finds the perfect balance between unique execution and memorable, finished product. Recently, he began working with Zippo as a sponsored artist, where in an interview he explains that the idea first came to him in a dream. After dreaming of seeing a work in a gallery created by fire, he took the idea and set to work, developing fumage into his characteristic signature.

His newest set of work, which was recently on show at Boston's Adelson Galleries, continues his exploration into the fragility of our world. Mainly focusing on imagery of birds—the delicate nature of their wings and feathers mirrored by the wispy plumes of smoke that trail behind them—Spazuk's creations invite viewers to step into his ephemeral, fantasy world.

“Fire consumes, warms, and illuminates,” he explains, “but can also bring pain and death; thus, its symbolic meaning varies wildly, depending upon the context of its use. I mostly use it to talk about life's fragility. Exploring this fragility is the very essence of my work as a fire artist.”

Spazuk specializes in a technique called fumage, where he uses fire and soot combined with acrylics to create his artwork. 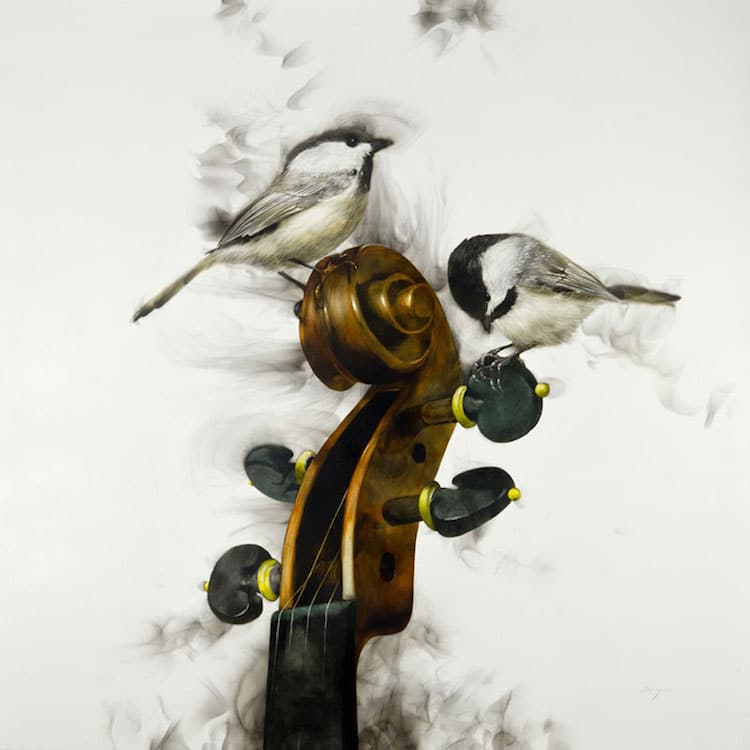 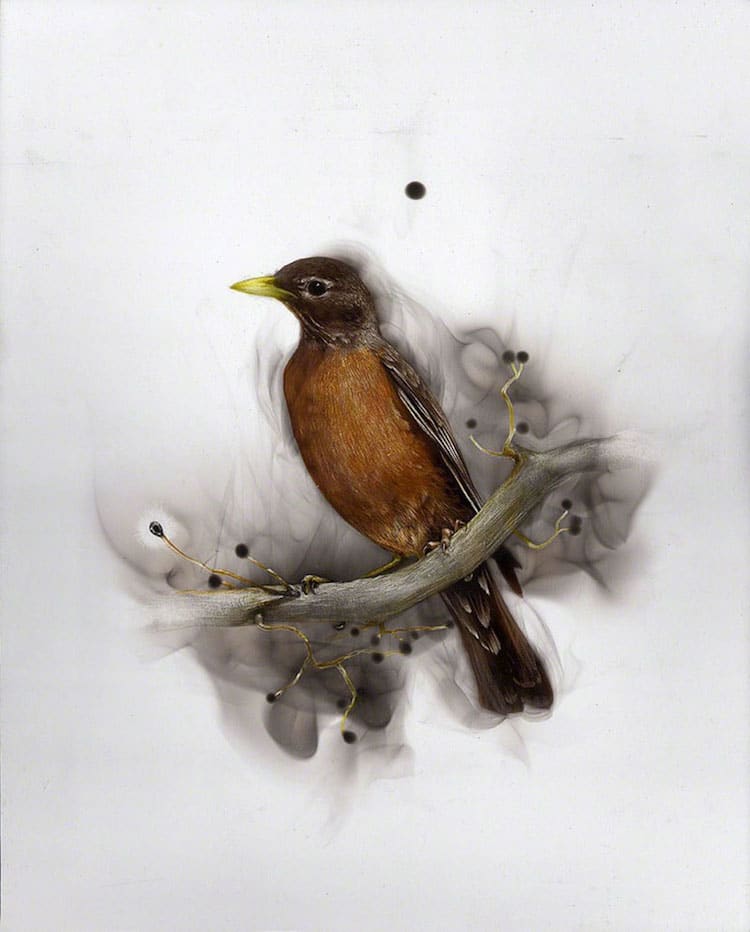 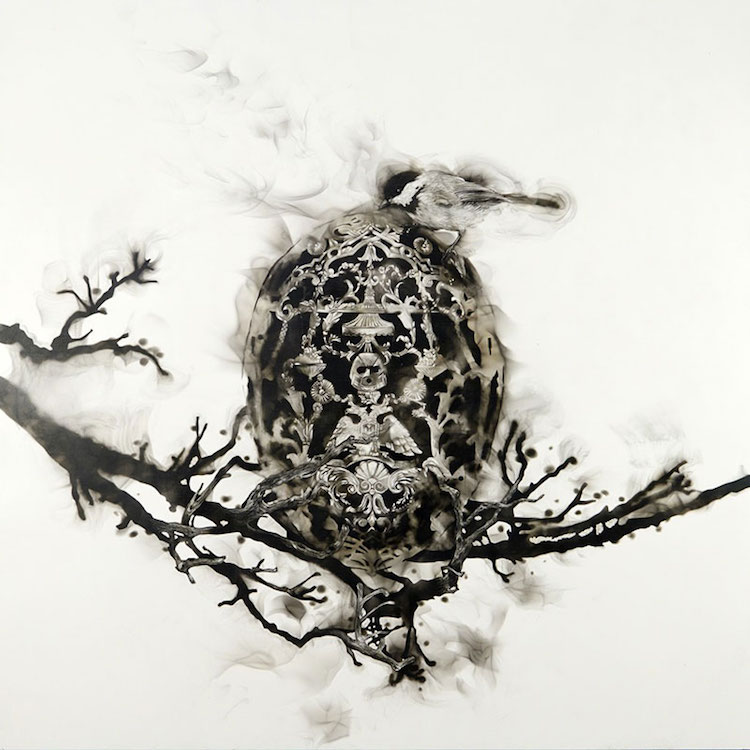 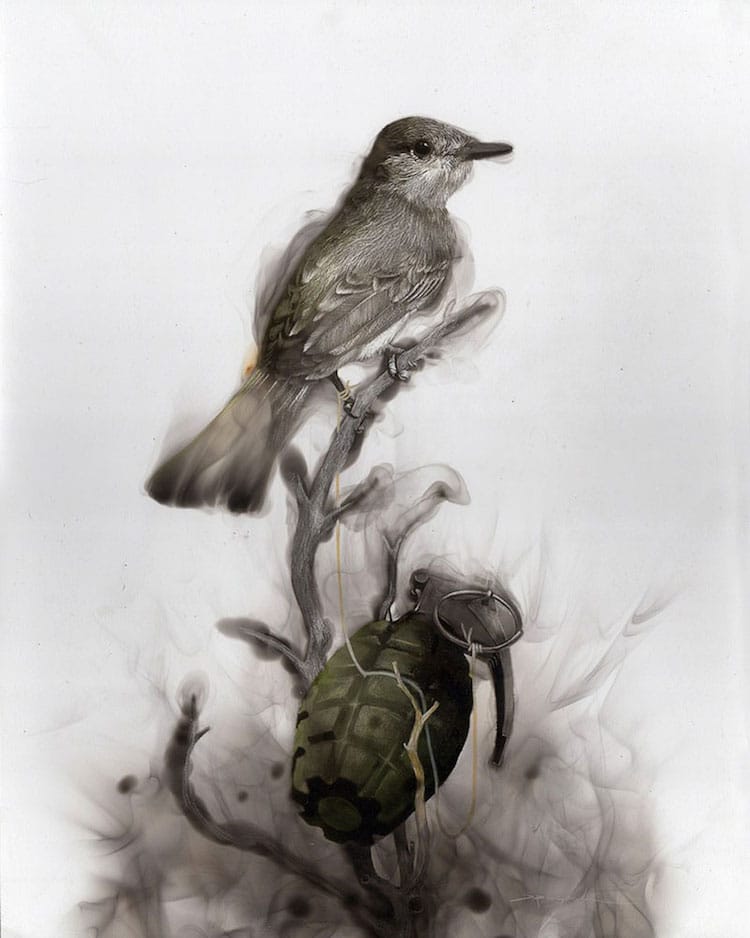 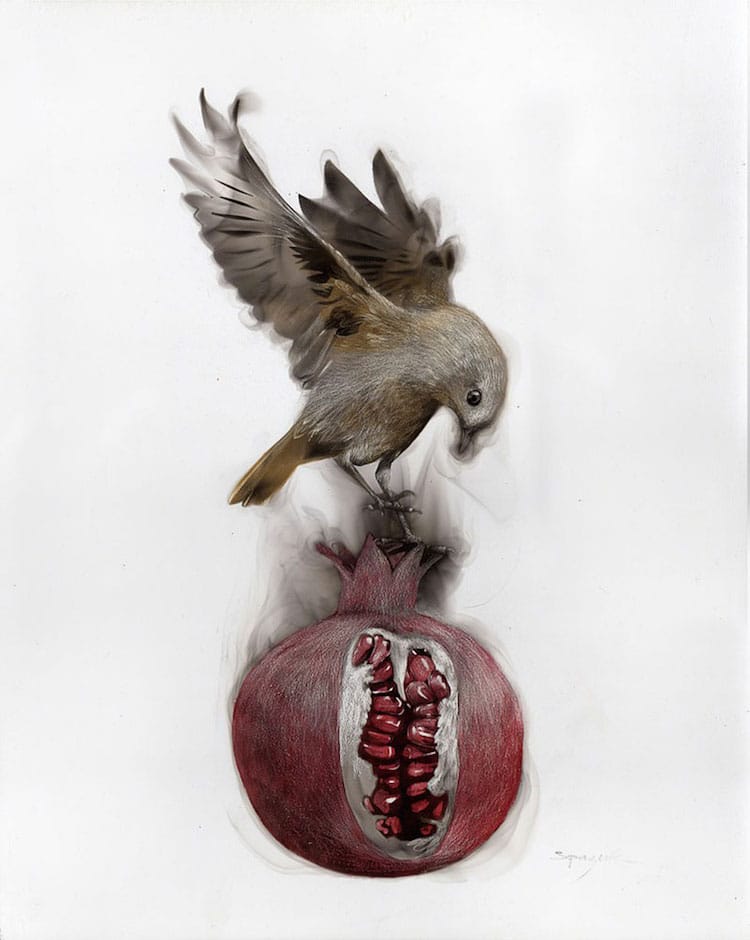 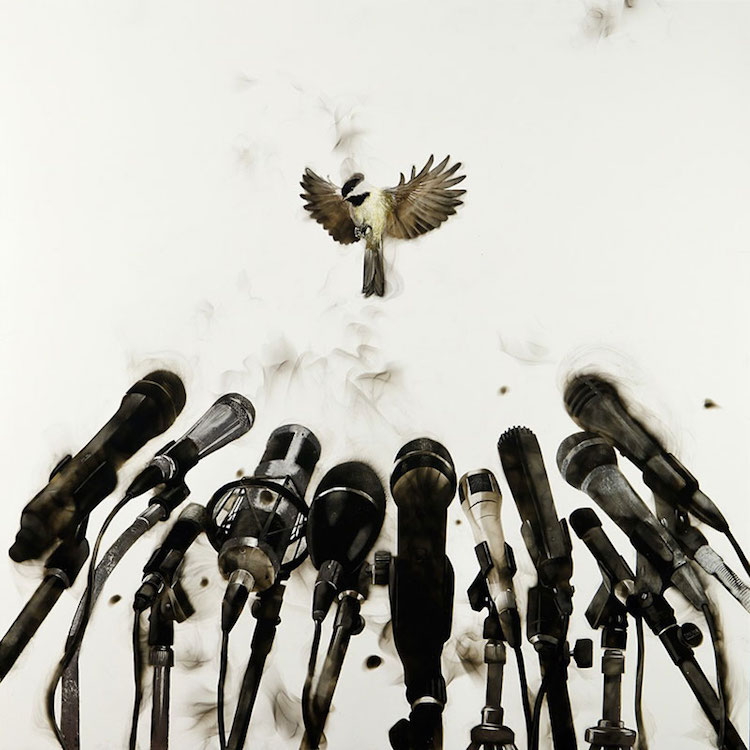 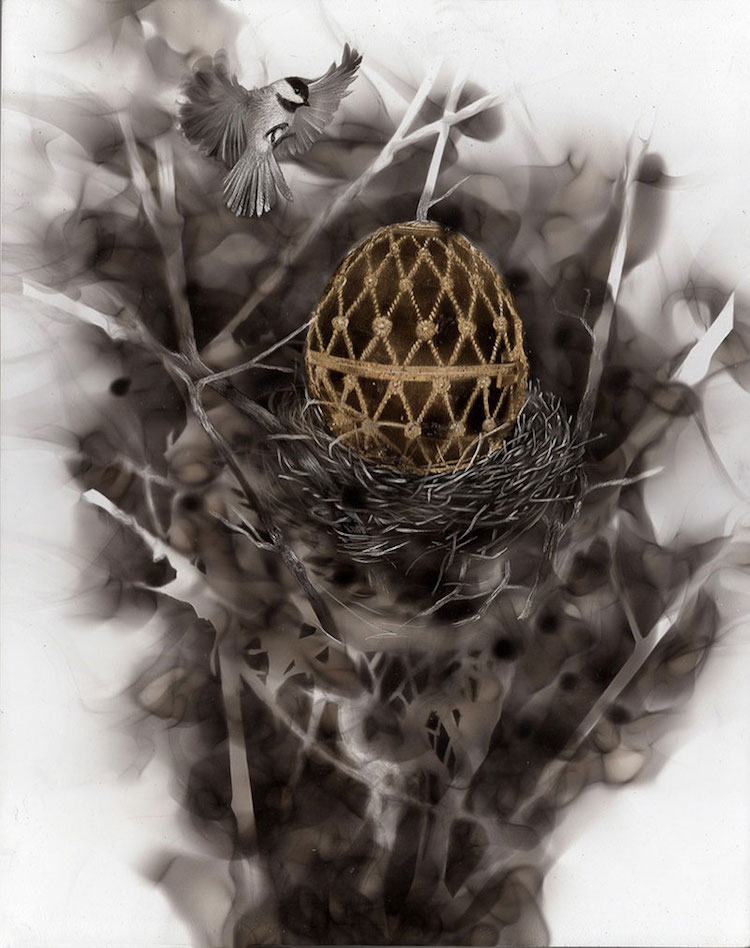 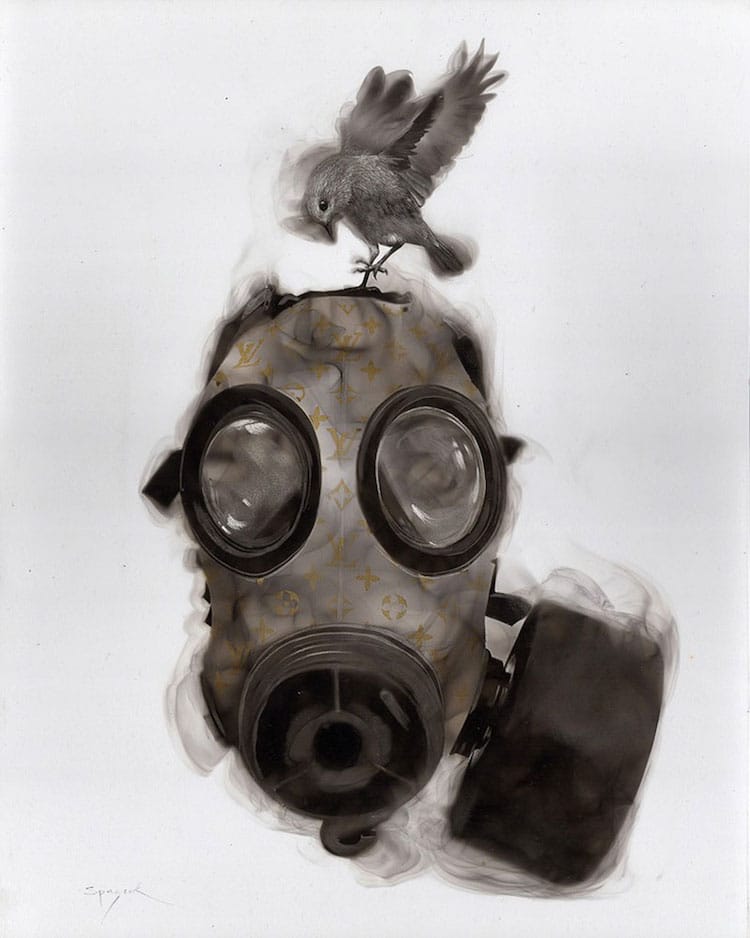 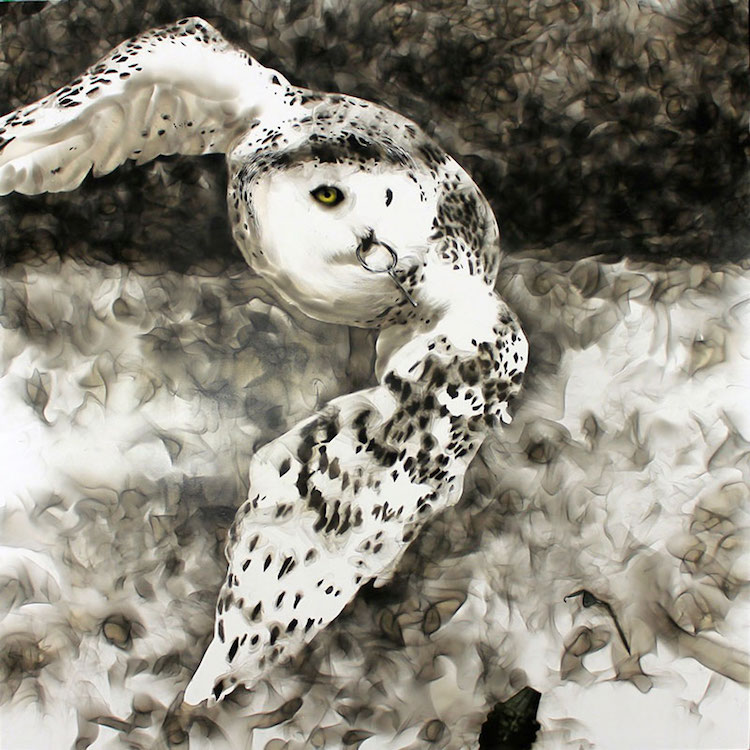 Watch Steven Spazuk in action as he creates this fire painting of a woman.