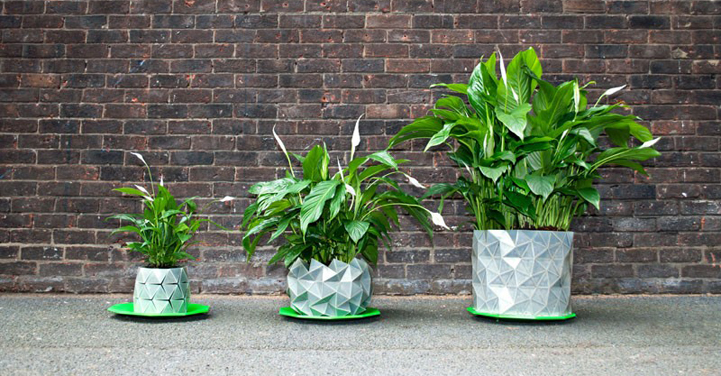 As plants grow, they often become larger than their original container and have to be transferred to a new vessel, which can be a messy process. London-based designers Studio Ayaskan created a solution to this problem with an origami-based pot that evolves with the plant over time. Called GROWTH, the shape-shifting object is a sleek companion to the vegetation's life cycle, from the seedling stage to its full-grown size.

Studio Ayaskan feels that nature's self-sustaining qualities are often at odds with humans and our manufactured merchandise. We produce things, use them until they've exhausted their purpose, and later discard them. In nature, however, everything adapts, grows, dies, and is eventually reused to form new life. “Nothing stands still. Panta rhei. Everything flows,” the designers explain.

GROWTH uses a carefully-calculated pattern in order to mimic what nature has mastered. Now, the pot moves with the plant, so we're not only watching the organism transform, but the inantimate object, too. It's something we don't often see in these products, yet it's a perfect complement to this beautiful process. 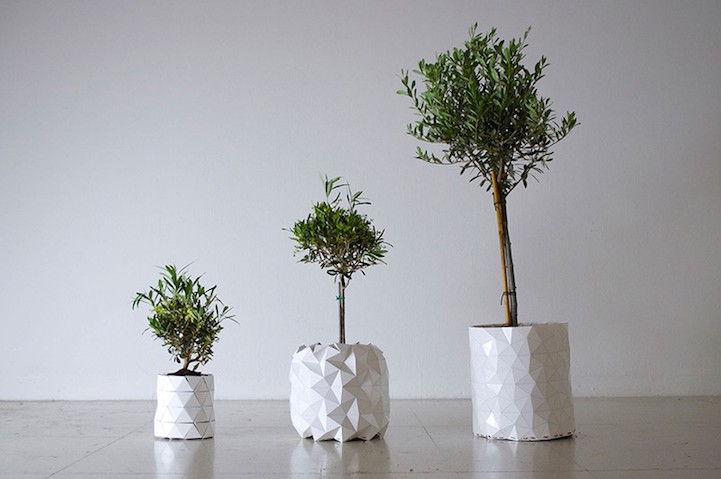 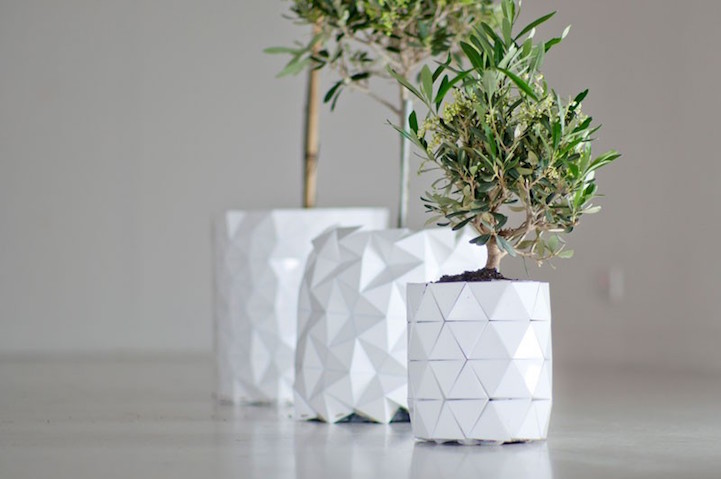 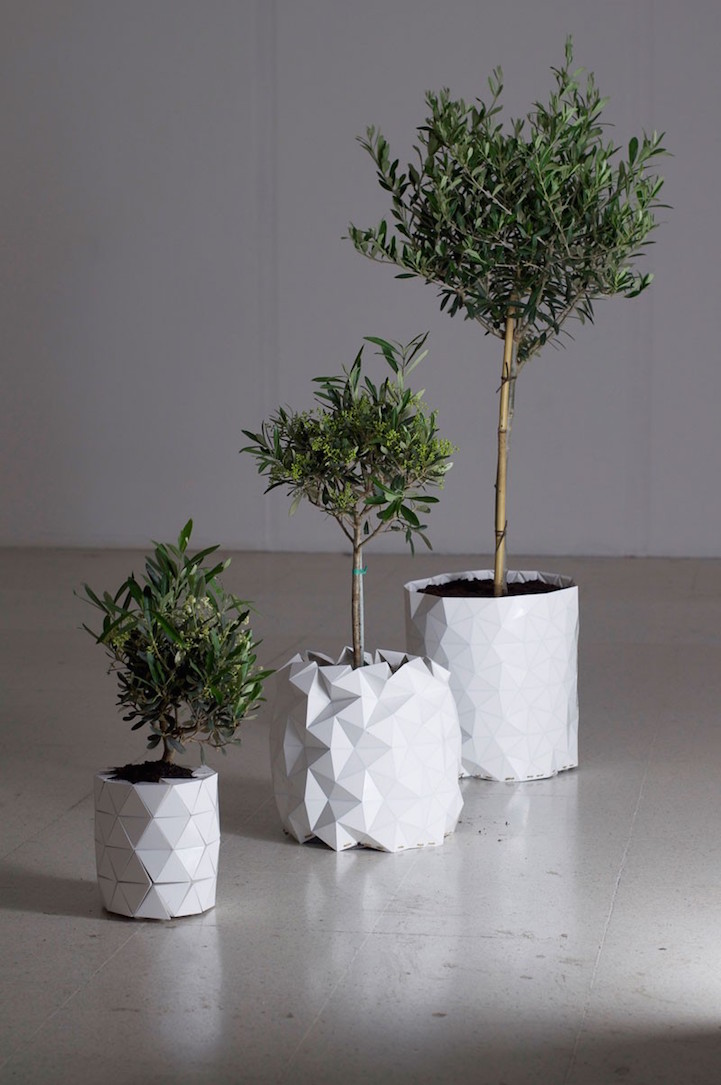 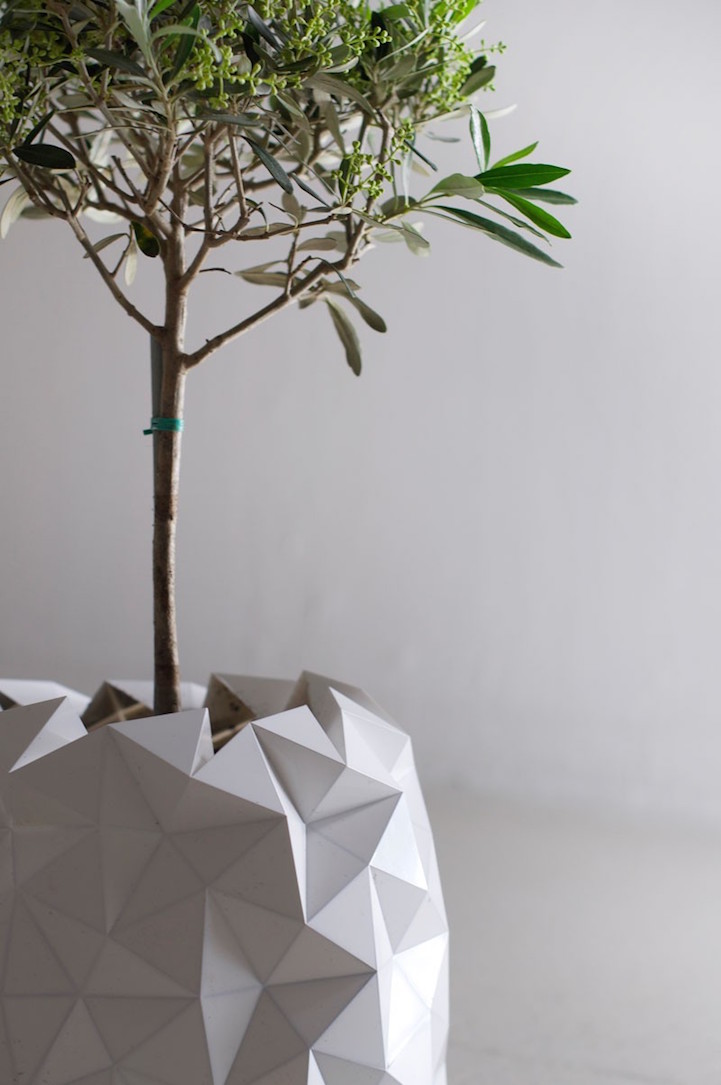