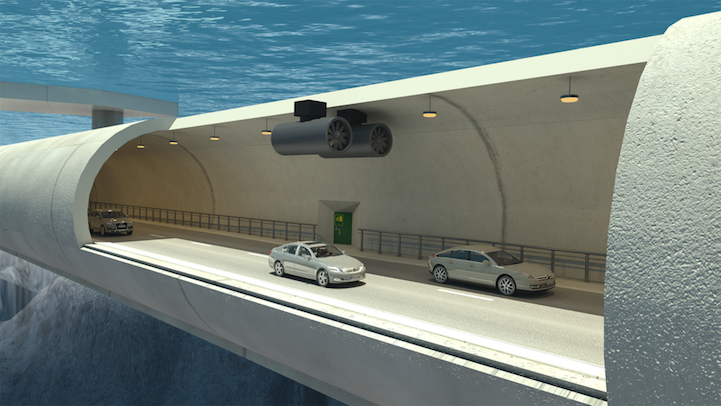 From lightning-speed rails to self-driving cars, transportation technology has become progressively more futuristic over the past years. The small country of Norway is certainly leading with innovation with its plans to spend a reported $25 billion on a “submerged floating bridge” that will be the first of its kind in the world, and can shorten travel times from 21 hours down to less than 11 hours.

Norway has about 1,190 fjords, and while the country values these vast and beautiful environments, they present major logistical challenges for traveling residents and visitors alike. People are currently forced to take ferries, which are inconvenient and slow, or drive hours out of the way to cross the fjords. The underwater tunnel could literally save an entire day of travel.

The tunnel is being proposed as part of a huge infrastructure upgrade to highway E39 in Norway, which runs from Kristiansand in the south to Trondheim in the north. The proposed tunnel would consist of large tubes suspended under 100 feet of water, and each one will be wide enough for two lanes of traffic. Being underwater protects the tunnel from harsh Norwegian weather, and ships and ferries would still be able to pass above. The route is about 684 miles long and cuts across seven fjords including Sognefjord, the largest and best known fjord in Norway and the second longest in the world. Sognefjord is more than 4,000 feet deep and 3,000 feet wide.

While there are still many unknown factors about the construction, maintenance and execution of the bridge, there is one thing the government is not worried about. “Norwegians are quite used to going underwater in tunnels,” says Kjersti Kvalheim Dunham, the project manager overseeing the revamping of the E39 route. Norway already has 1,150 tunnels, 35 of which go under water. The tunnel is expected to reach completion by 2035, and if the project proves to be too difficult or expensive, other transportation proposals—including a floating bridge or a suspension bridge—may be considered. 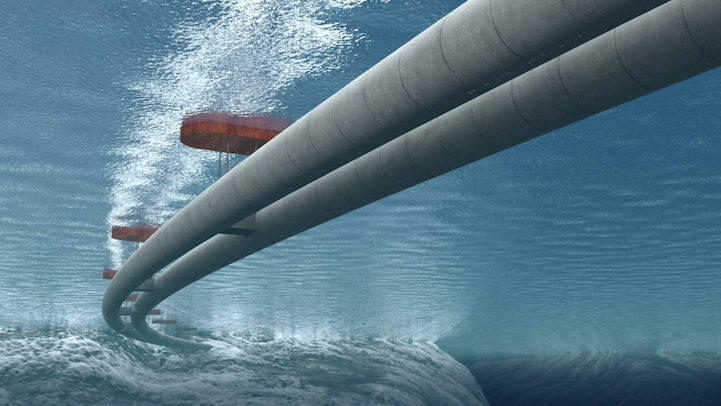 All images via The Norwegian Public Roads Administration.