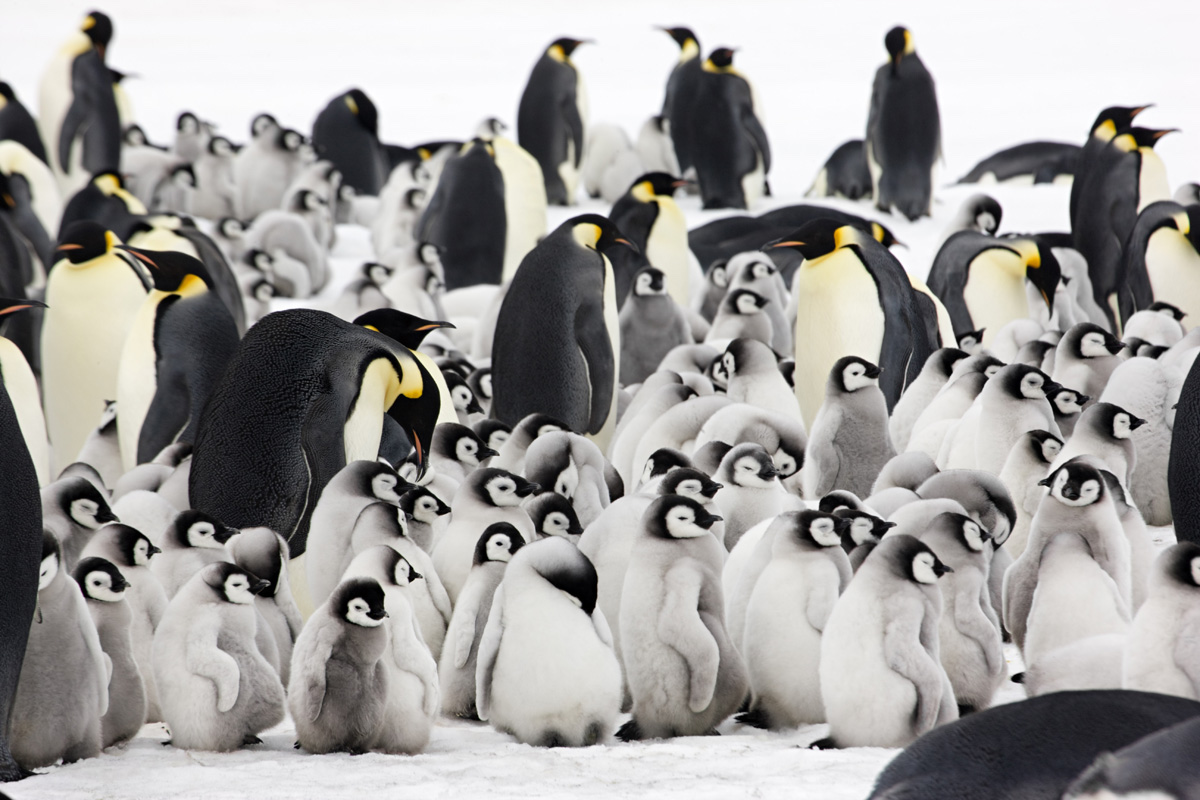 © Sue Flood
This post may contain affiliate links. If you make a purchase, My Modern Met may earn an affiliate commission. Please read our disclosure for more info.

Award-winning photographer and filmmaker Sue Flood has been traveling to the Arctic and Antarctic since her time working at the BBC. Across more than 50 journies to these frigid areas, she's spent a significant amount of time photographing her favorite bird—the emperor penguin. An adventurer at heart, she's dedicated over a decade of her career to these beloved animals, which are facing challenges due to climate change.

Flood's work is the fruit of dedication which has seen her camping in below zero temperatures among the penguins. Nestled into her unheated tent at Gould Bay in the Weddell Sea, she was lulled to sleep by the sounds of the colony she was photographing. Her ability to capture the personalities of these cute creatures is a testament to her tenacity. Whether showing touching moments between adults and their chick or their playful banter in groups, her work is an important record of an emperor penguin's life.

Her book, Emperor: The Perfect Penguin, is an homage to these special creatures. Over 200 color photographs show the daily lives of emperor penguins as they continue to carve out a life in the Arctic, despite current hardships that are changing their habitat. Ever the advocate for these animals, Flood hopes that these images will create a deeper understanding of emperor penguins and spark curiosity about what we can do to keep these colonies thriving.

We had a chance to speak with Flood about her work and what makes the emperor penguin so special. Read on for My Modern Met’s exclusive interview. 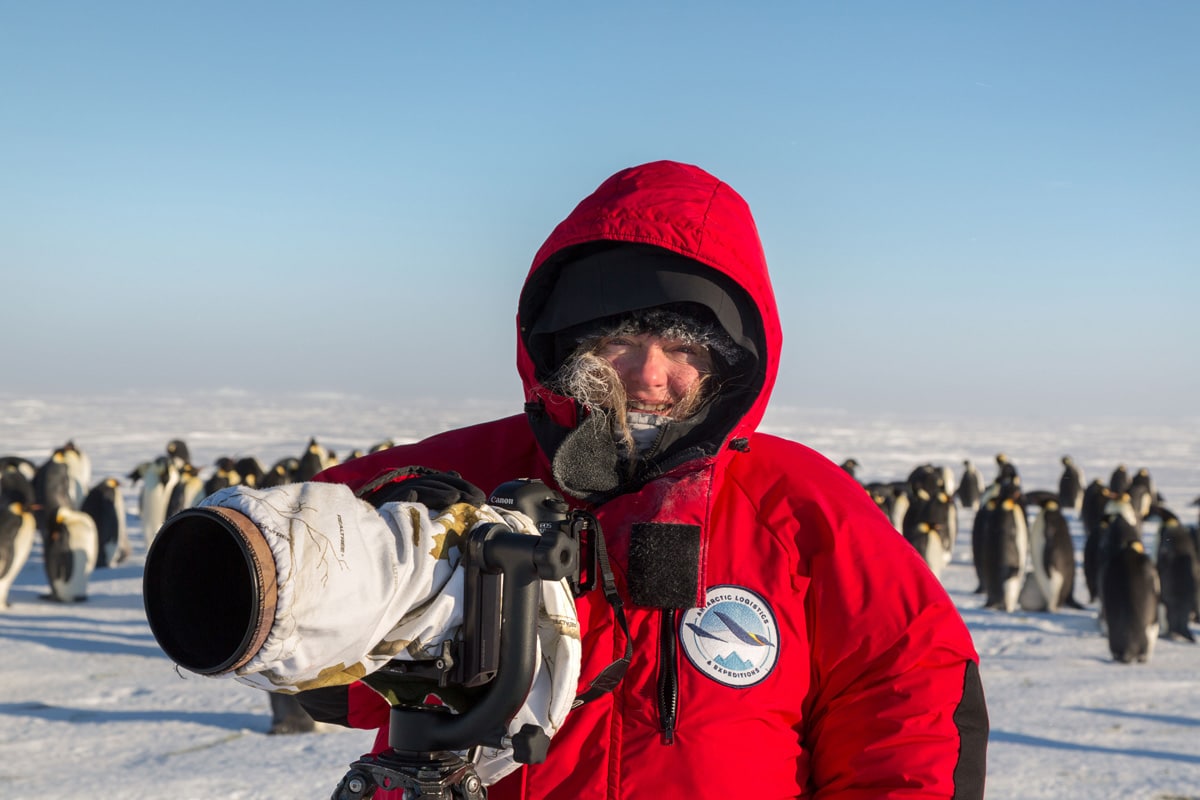 What first inspired you to turn to photography?

I was inspired by watching David Attenborough on TV as a child. His incredible adventures on all seven continents, along with my father’s stories about his experiences traveling as an officer in the merchant navy, made me want to get out and see the world, but also to document it.

How did your work with the BBC's Natural History Unit shape your personal projects?

I was fortunate to work on some incredible series during my 11 years at the BBC—most notably on The Blue Planet and Planet Earth, as well as producing films on Polar Bears, Killer Whales and the Inuit of the Canadian high Arctic. These fabulous documentaries were so well put together and working on them involved long hours, determination, attention to detail, and leaving no stone unturned—all very useful traits for a wildlife photographer! 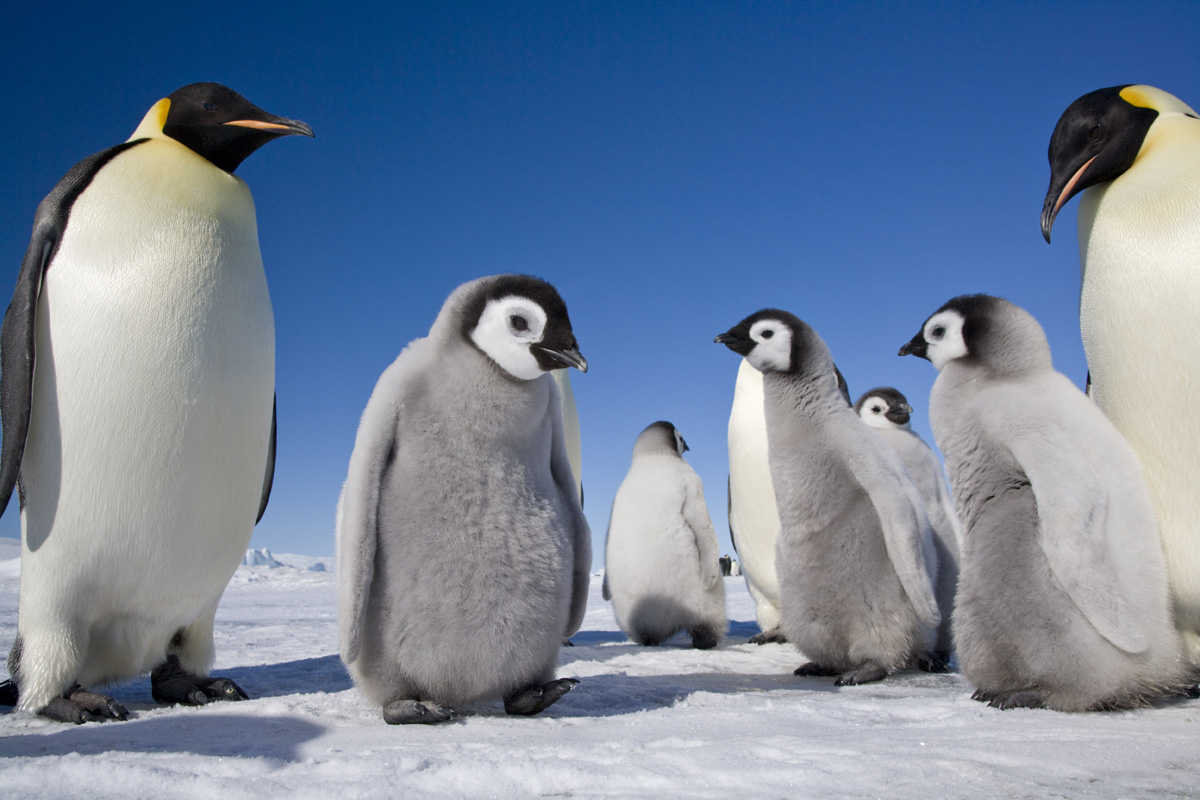 What is it about the Arctic that inspires you as a photographer?

The polar regions, whether the Arctic or Antarctic, are both spectacularly beautiful, with fabulous wildlife, stunning vistas and are both demanding places to work. I’ve had over 50 trips to the polar regions in the last 20 years and LOVE working there!

You've spent so much time observing emperor penguins. What makes them such a great subject to photograph?

They are, quite simply, the most beautiful creature I’ve ever seen. 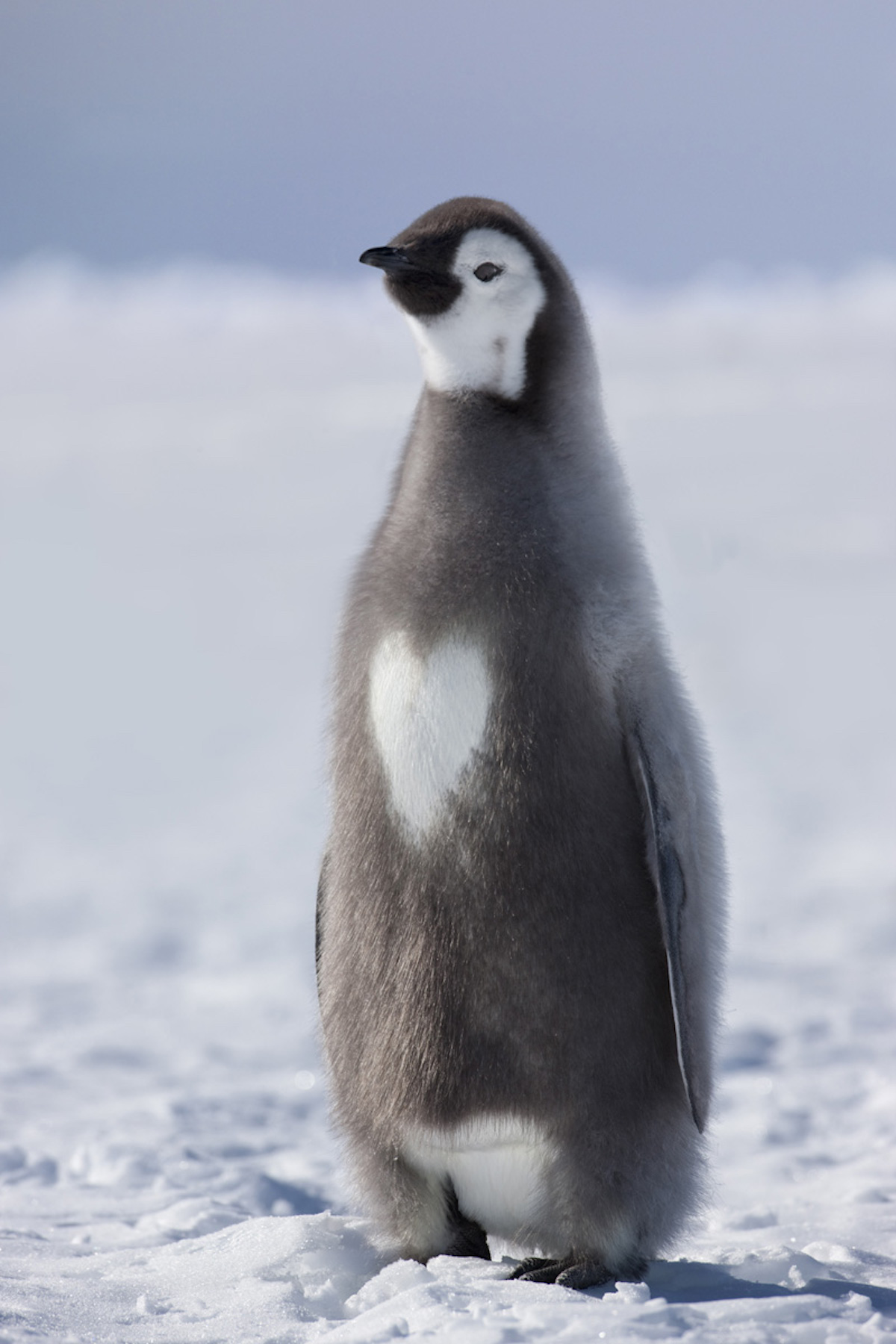 How have emperor penguins changed over the course of time that you've been observing them?

More is known about the emperor penguin now than when I first started photographing them. Happily, scientists revealed this year that satellite images taken from space had shown a number of newly-discovered emperor penguin colonies. However, they are under threat from climate change and pollution.

What do you think people would be surprised to learn about emperor penguins?

Most emperor penguins never go to land and instead spend their entire lives out on the sea ice or feeding at sea. Also, people are surprised when they find out how big they are. A large, well-fed emperor adult can weigh up to about 50 kg [110 lbs]! 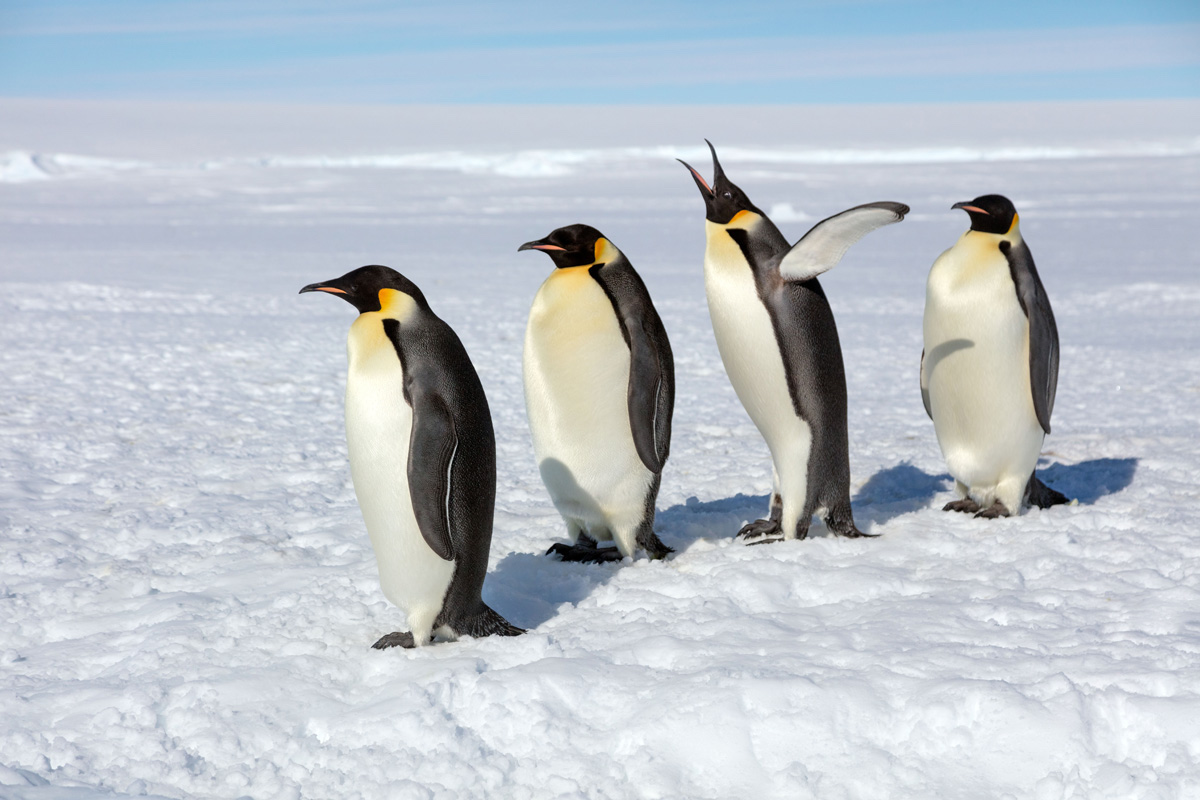 In your photos of them, what do you hope to capture?

Whatever I’m photographing, whether it’s a person, animal or place, I hope to capture an evocative photo which hopefully makes the viewer feel emotional in some way. With emperor penguins, I particularly enjoy trying to capture the wonderful relationship between the adults and chicks. The parents lavish an enormous amount of attention on their single chick and I love to try to capture their bond.

How was the process of putting together the book? It must have been difficult to select 200 photos with all the years of film you have on them.

It was a labor of love! I worked closely with my friend Simon Bishop, an excellent book designer, who helped me make the final image selection and did a great job on the design. 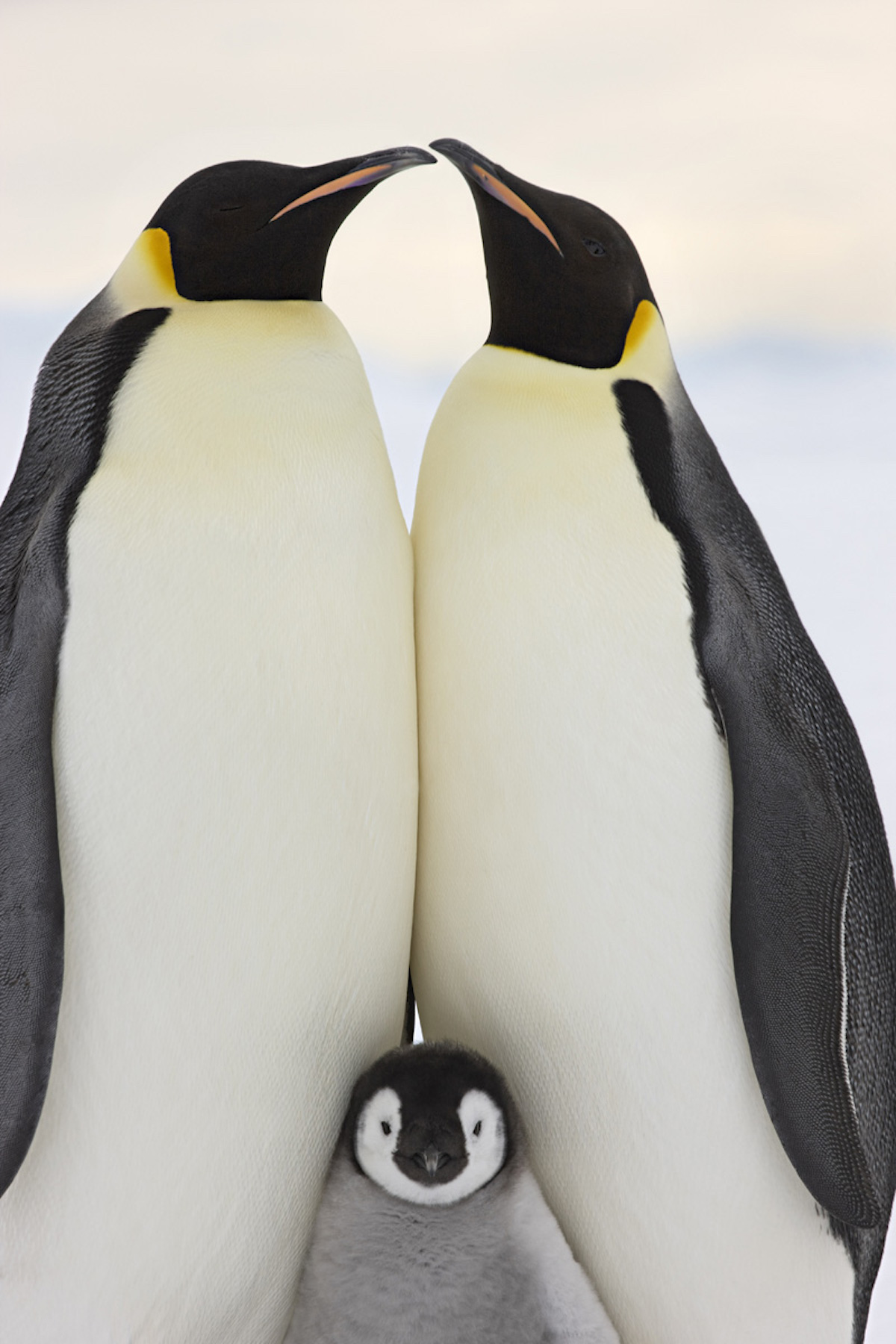 Is there any photo in particular that stands out for you?

I am very fond of the portrait of the two adults with the chick sandwiched between them. It was incredibly special to be woken by the sound of emperor penguins calling outside my tent in the Weddell Sea when I was camping there in 2016. I’d get out of my sleeping bag and have to photograph them in the middle of the night—though of course, it was daylight as we were so far south!

What do you hope people take away from the book?

I hope they will be interested and inspired by these beautiful creatures and their environment and want to help protect Antarctica. It’s thrilling for me to be able to document the natural world. Hopefully, the images in this book will inspire people to appreciate it. 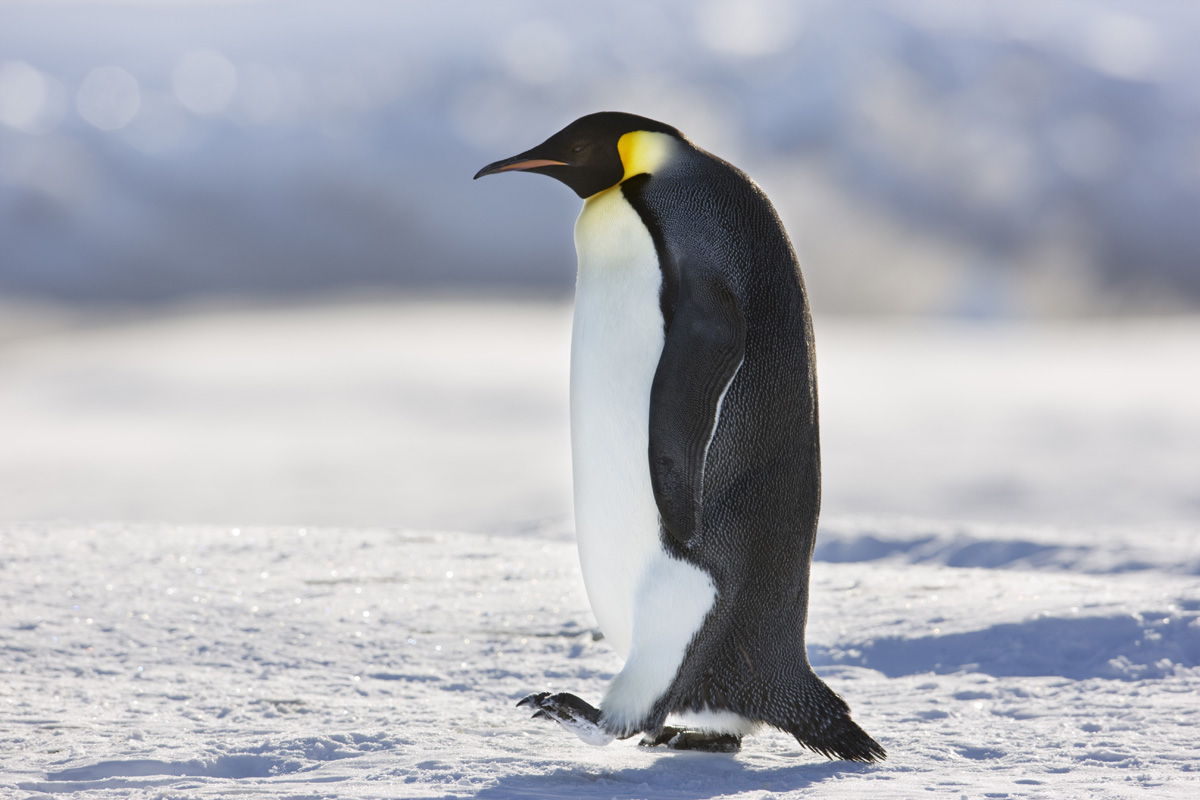 What's your hope for the future of the Antarctic?

My images of Antarctica’s emperor penguins are also being used as part of an international campaign by the Antarctic and Southern Ocean Coalition for the creation of a nearly 700,000-square-mile marine-protected area in the Weddell Sea. If successful, this area would become the planet’s largest nature reserve. Of course, I hope this succeeds and helps to protect the wildlife living in this region. 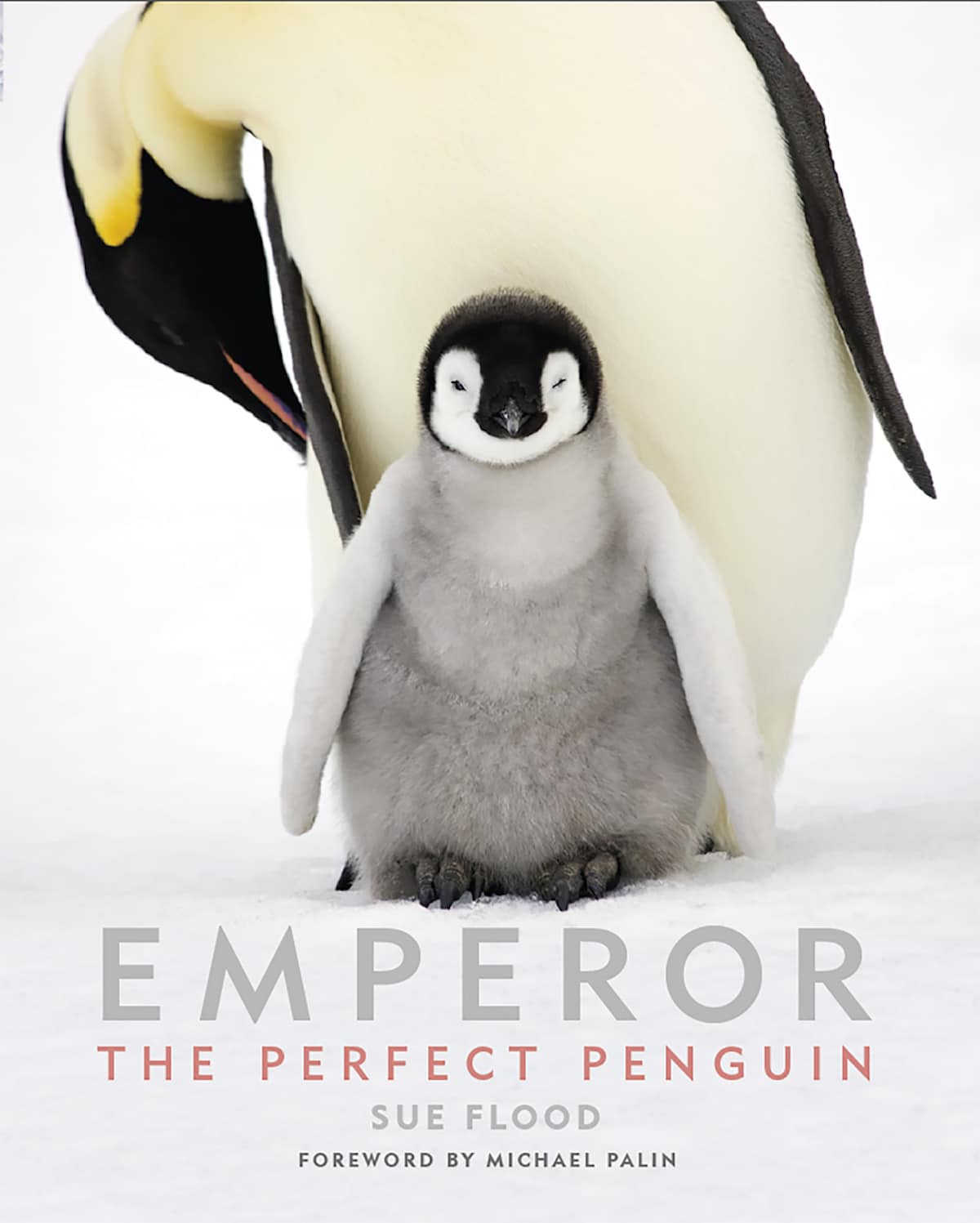 In love with these penguins? Share
Like My Modern Met on Facebook
Get Our Weekly Newsletter
Become a
My Modern Met Member
As a member, you'll join us in our effort to support the arts.
Become a Member
Explore member benefits