Most weddings experience their own form of unwelcome surprises, with some are easier to remedy than others. A wardrobe malfunction, however, ranks high among the things that brides want to avoid. Unfortunately, this exact scenario happened to a woman named Jo Du right before she walked down the aisle—as her bridesmaids were helping her into her gown, the zipper broke.

Unable to repair the dress, wedding photographer Lindsay Coulter suggested that they visit the next door neighbor’s house and ask for a pair of pliers. One bridesmaid went and returned with good news: the adjacent dwelling was hosting a family of Syrian refugees and the father happened to be a master tailor. Better yet, he’d be happy to help if needed.

“After a few minutes of further attempts there was a knock on the door,” Coulter wrote on Facebook, “and the neighbor along with the tailor and his son arrived to help, sewing kit in tow.” She left to snap photos and came back as Ibrahim Halil Dudu, the tailor, was putting the final stitches into the bride’s dress. Coulter captured the moment in a few photos. 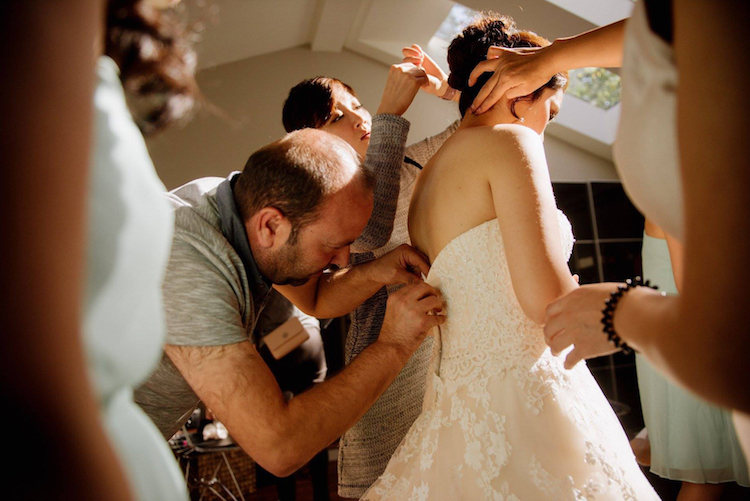 Coulter learned that the Syrian family had just moved to Canada four days ago. “They didn't speak a word of English,” she recalled, “and had been communicating by using Google Translate.” Continuing, “I couldn't help but stand back in awe of the situation.”

The heartwarming sight was especially moving considering the turmoil the Halil Dudu and his family had seen back home. “Every weekend I take photos of people on the happiest days of their lives, and today one man who has seen some of the worst things our world has to offer came to the rescue.” Coulter said. “I'm in awe of the families who have welcomed these strangers into their homes and lives, and I'm inspired by the resilience of the Syrian people. We are truly blessed.” 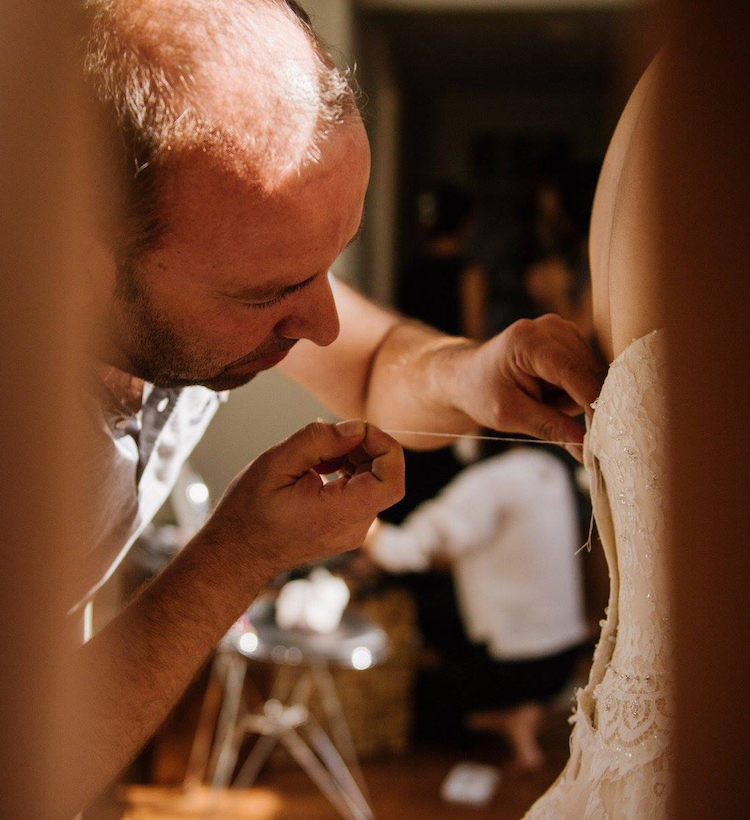