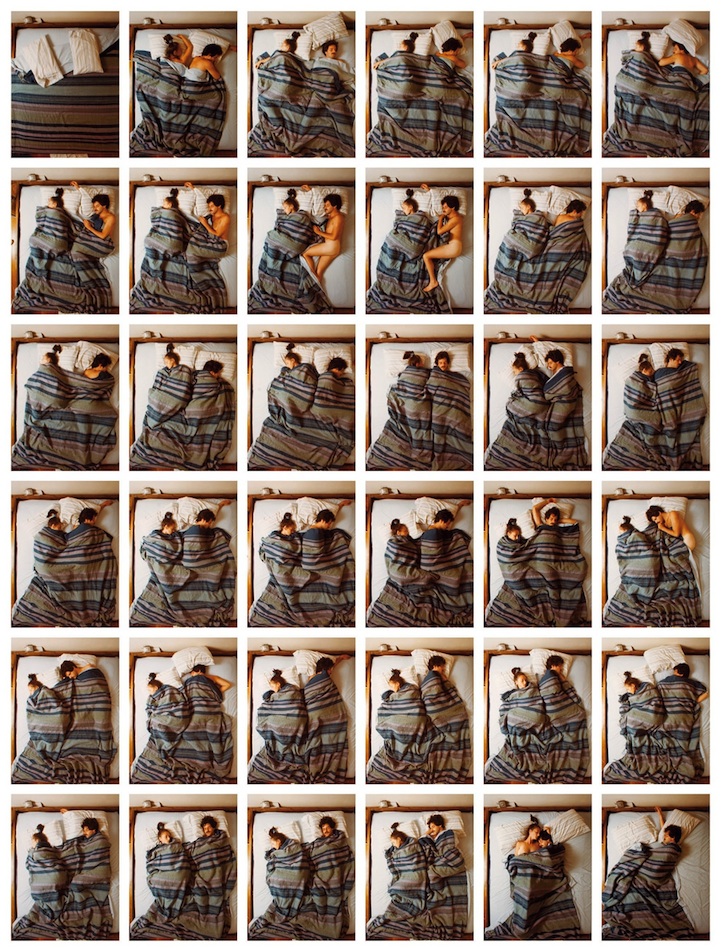 Just how much do we move around when we sleep? What exactly does it look like? Is it chaotic and crazy or fantastically fluid? The late photographer Ted Spagna devoted his life to photographing humans sleeping in order to investigate the relationship between art and science and to satisfy his own curiosity about sleep behavior. According to his website, “What compelled him the most was his endless curiosity about the unknowable sleeping psyche and the desire to inspire exploration, discovery and learning.” Interestingly, Spagna's photos helped scientists to observe that we have 90-minute sleep-dream cycles. Through his work, we learned that sleepers become inactive while sleeping.

Using time-lapse equipment on his camera, pointed directly above the sleeper, Spagna uncovered the “hidden landscape” of sleep and dreams. With each portrait consisting of about 30 images, taken at fixed intervals throughout the night, the chronological photos are an eye-opening look at how we all sleep.

Spagna's sleep subjects included humans, ranging in age from newborns to their nineties, to animals like pink flamingos, giraffes, Siberian tigers and polar bears. He learned that animals have shorter sleep cycles than humans and that they move more often. However, he stated, “out of physical needs, animals unconsciously create beautiful designs and compositions, just as if an artist had made them.”

A new book, called Sleep, will be available on September 3 from Rizzoli New York which shows men and women sleeping alone or with pets, couples intertwined and even babies dancing with sheets. If you're fascinated by these photos, check out Sleep Snapshots. Ted's nephew and goddaughter have carried on their relative's legacy with a mobile photography studio that comes to your home to snap you, your pet and/or your companion while you are sleeping. Unique! 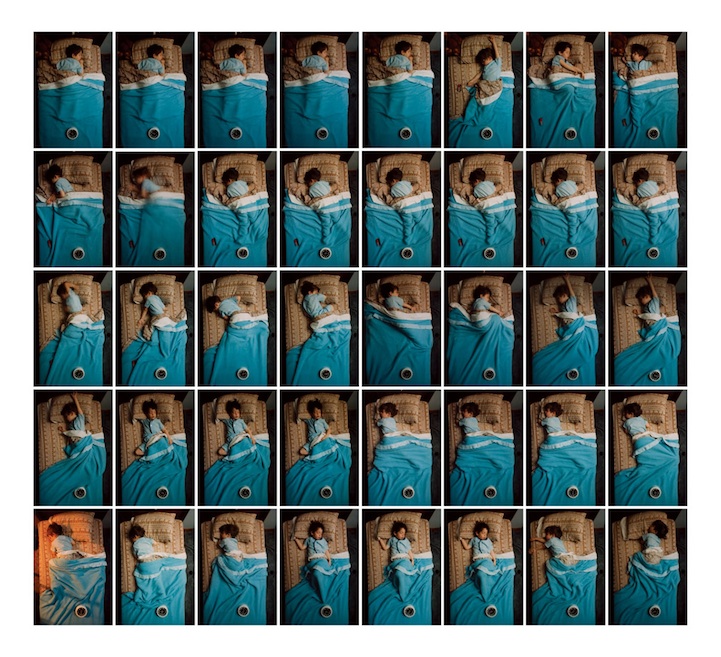 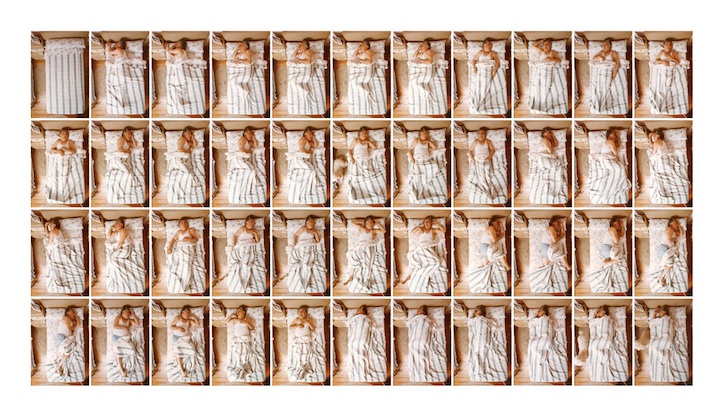 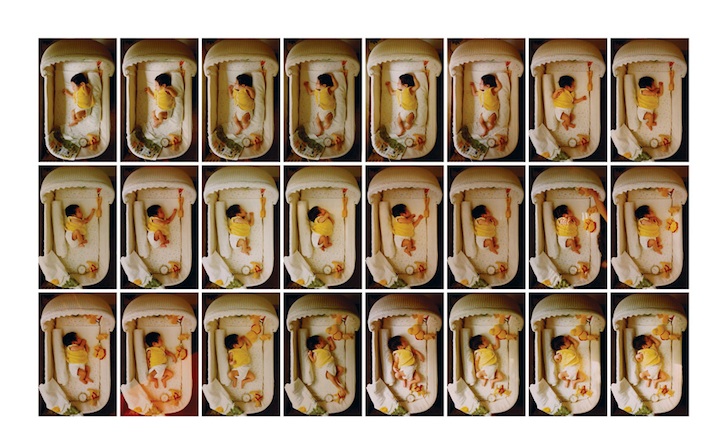 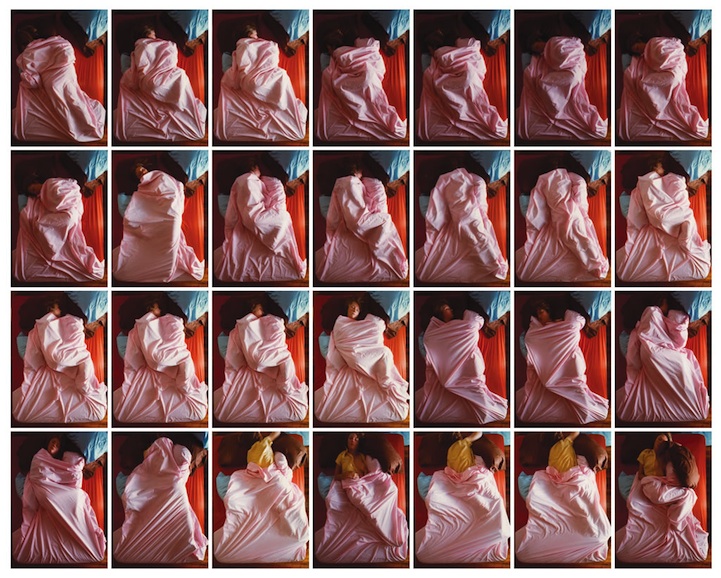 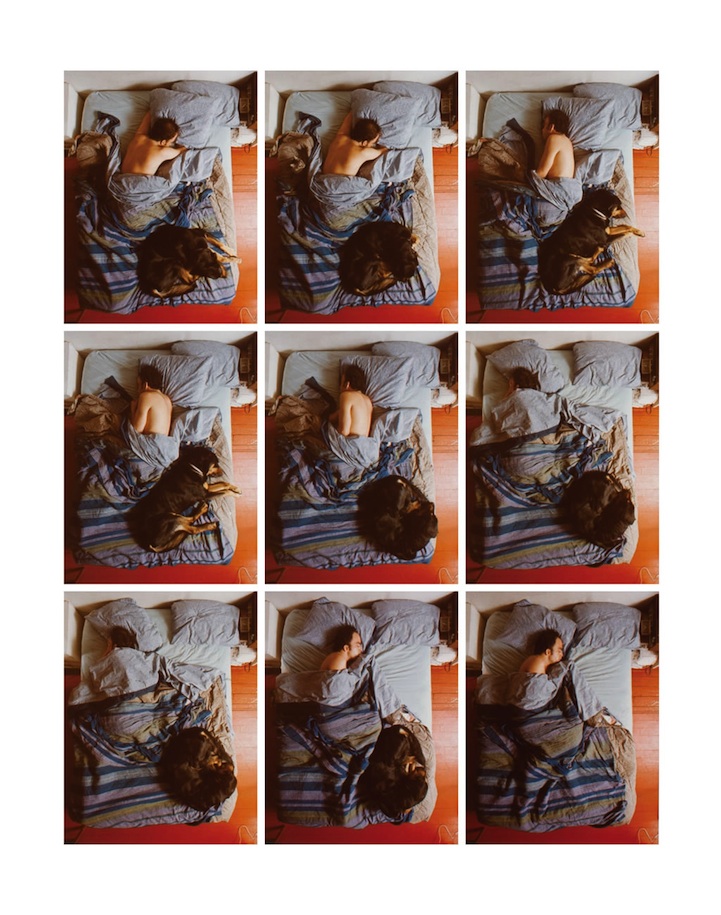 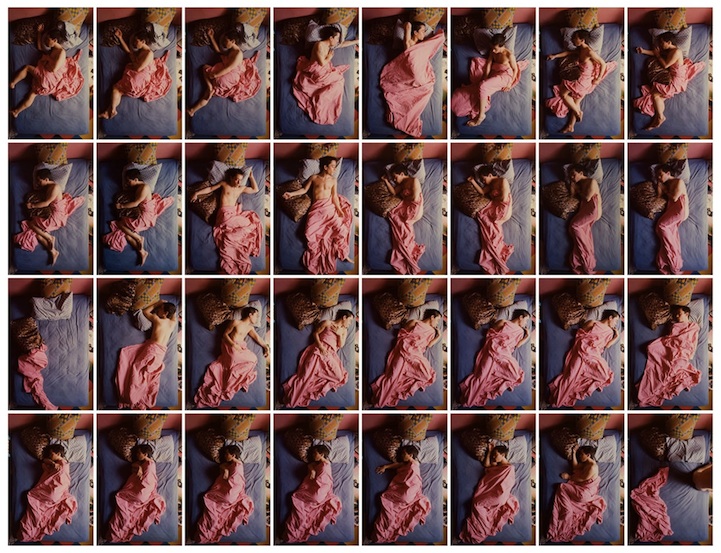 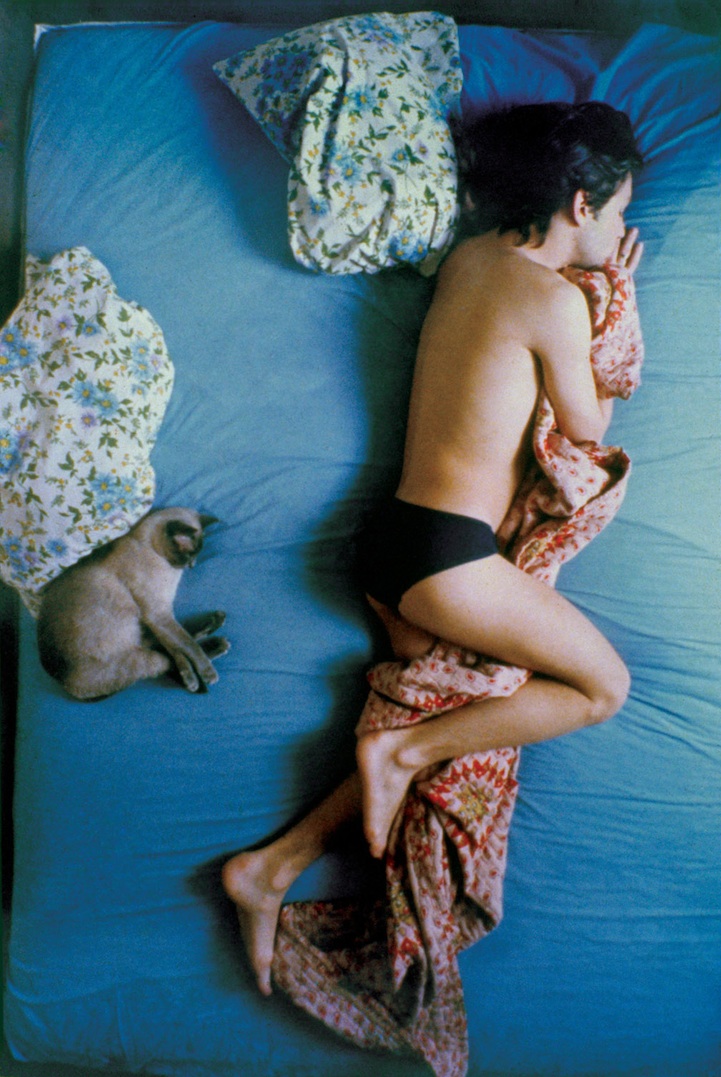 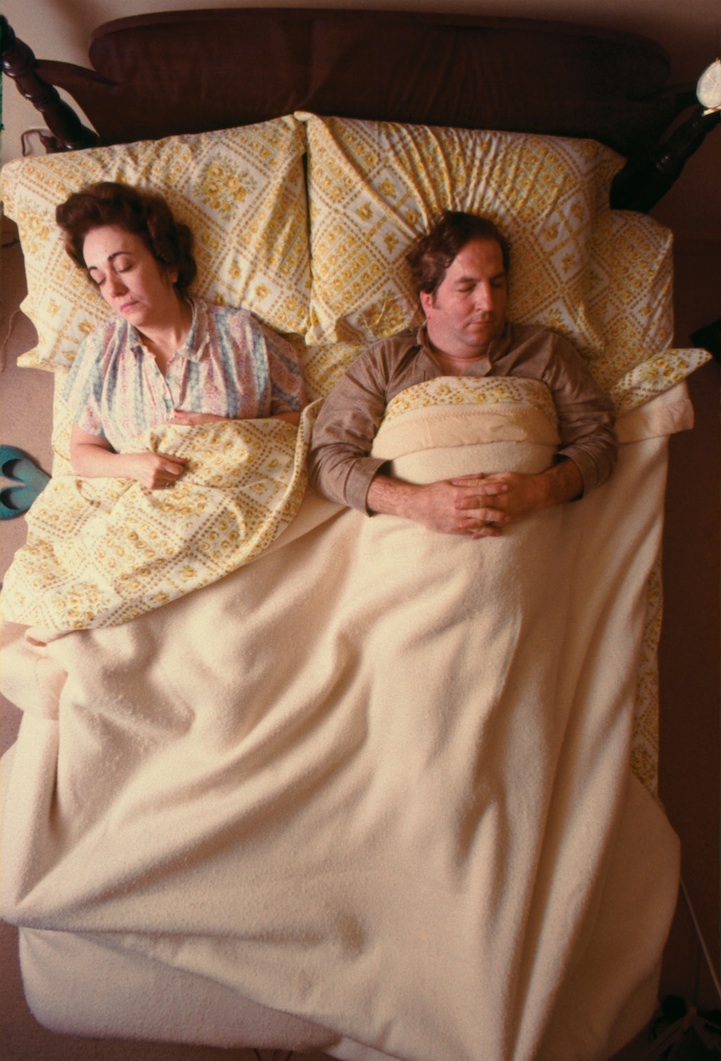