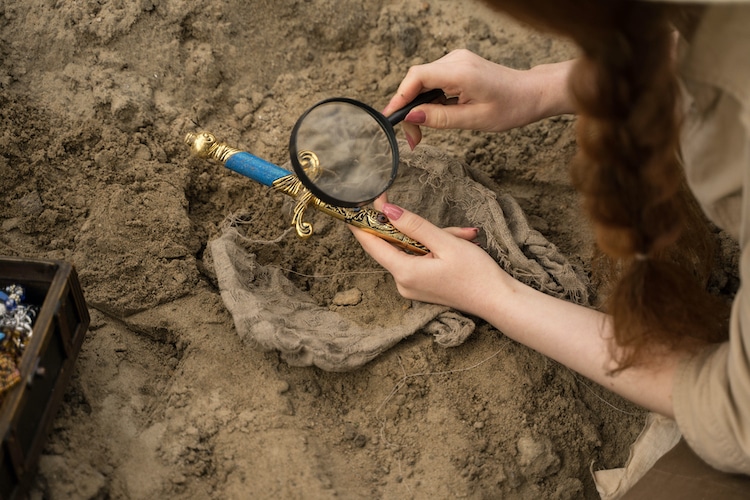 Every kid dreams of finding buried treasure. For 13-year-old Milly Hardwick, that dream has come true in the most unexpected way. While out scanning a field near Royston, England with her father and grandfather, the British teen swung her metal detector over the perfect spot and struck gold—almost literally. Once the detector’s high-pitched squeal alerted them to their find, Hardwick and her father began digging. The first thing they found was an ancient artifact: an ax that’s almost 3,000 years old.

“I was just shocked,” Milly says of her unexpected discovery. “We were just laughing our heads off.”

The three danced with excitement as they continued digging to unearth what else might lie beneath the dirt. In total, they dug up a hoard of 65 ancient artifacts that included cake ingots, ax heads, and other blade fragments made of bronze. When archaeologists from Oxford Archaeology East were notified to professionally excavate the site, they found another hoard just eight feet away from the one the Hardwick family first discovered. Between the two treasure troves, there were a total of 200 items.

Upon further inspection of the find, the Cambridgeshire County Council’s environment committee confirmed that the objects do indeed date all the way back to the Bronze Age. Lasting in Britain from about 2300 BCE to 800 BCE, this period was when the first metal weapons and jewelry began to arrive in the country, and people began crafting tools from metal alloys like bronze. Ancient monuments like Stonehenge were also being built during the Bronze Age.

Its ancient origin no doubt makes Hardwick’s find quite valuable. However, if the buried artifacts are determined to be “treasure”—which is defined under British law as objects made of at least 10 percent gold or silver and at least 300 years old—it will be illegal to sell them. Instead, a committee will first have to calculate their value. Then, if a museum should want to acquire the objects through purchase, then the finder or landowners would be allowed to claim a reward.

But for Hardwick, the money isn’t the most important part. Since her huge discovery, the teenager has continued to take her metal detector out on most weekends with her father and grandfather, hoping for another great find. The whole experience has inspired her to become an archaeologist when she grows up.

13-year-old Milly Hardwick found a hoard of buried treasure from the Bronze Age while out scanning with her metal detector. 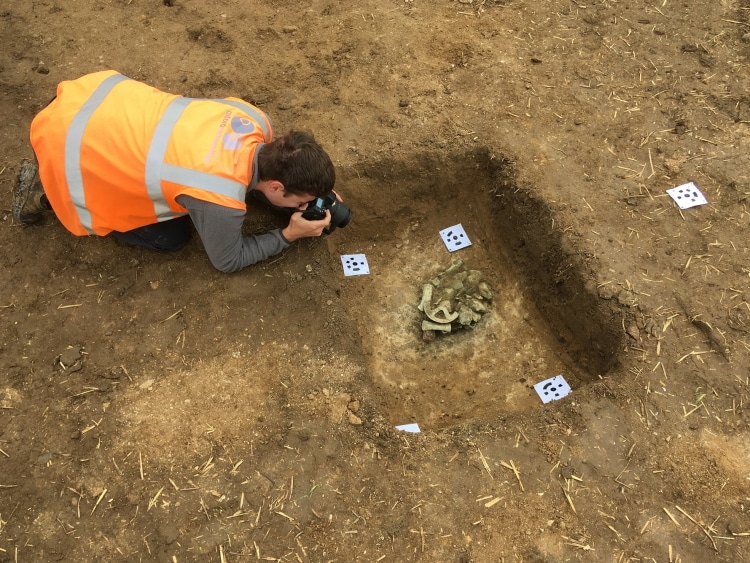