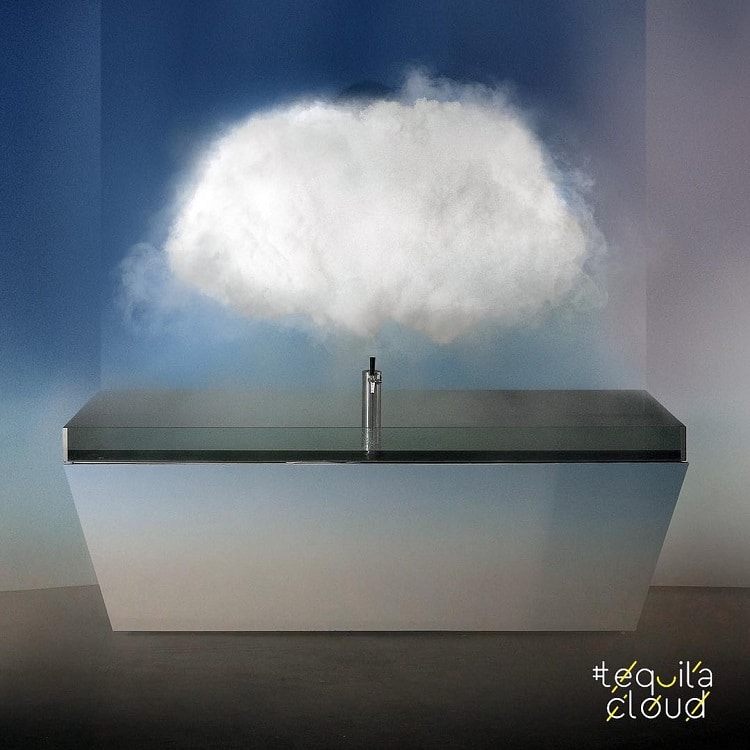 When confronted with a rain cloud, many of us silently wish that it'd disappear. But when that cloud rains tequila? Well, that’s a different story. The Mexico Tourism Board collaborated with the creative agency LAPIZ to create a gloriously fluffy cloud that precipitates drops of tequila. This ingenious stunt was a marketing campaign meant to entice people from Germany to visit Mexico's sandy, sun-soaked beaches and all the margaritas they could want.

The tequila cloud made its debut over the course of a week in March at Urban Spree, an art gallery in Berlin. It was synced with local weather patterns, meaning that whenever it rained in Berlin, the tequila cloud would also “rain” and fill shot glasses with the clear liquor.

So, how did this cloud work? Although it looks like it floated freely indoors, it’s the work of an inconspicuous container that helped keep the Cumulus-like shape. “The tequila was pushed into an invisible plastic structure where sprays of tequila mixed with the vapor formed the cloud,” Luciana Cani of LAPIZ explained to The Huffington Post. Together, they formed the raindrops for the patient imbibers to then enjoy.

But if someone didn’t want to wait for it to rain, there was another alternative—the spout situated in the front dispensed tequila on demand.

This cloud seemingly does the impossible: it rains tequila. 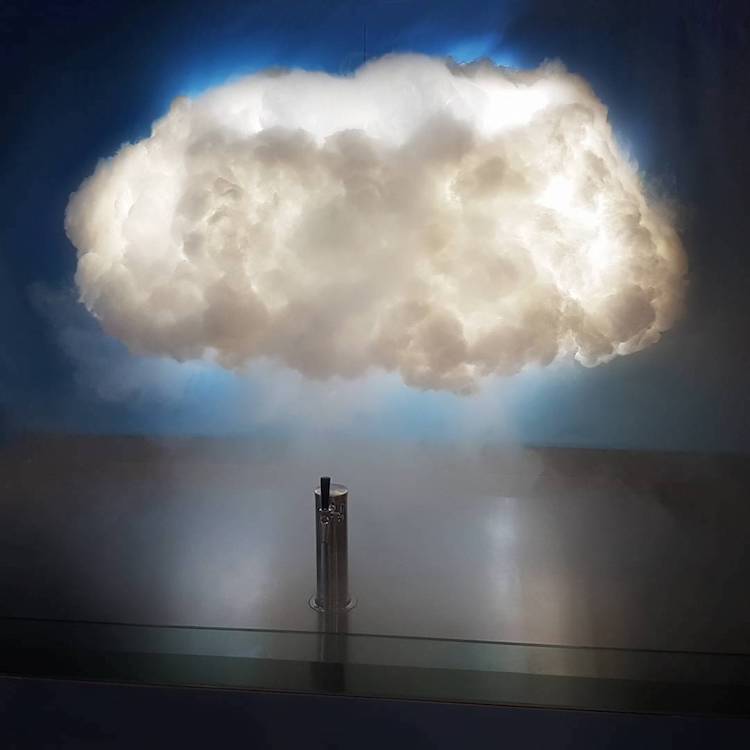 Sprays of tequila mixed with vapors formed the cloud…

…and drops of tequila fell into shot glasses.

Watch the tequila cloud in action:

All images via Visit Mexico.

Let it rain! Share
Like My Modern Met on Facebook
Get Our Weekly Newsletter
Become a
My Modern Met Member
As a member, you'll join us in our effort to support the arts.
Become a Member
Explore member benefits