Pic of the Day: Now and Then 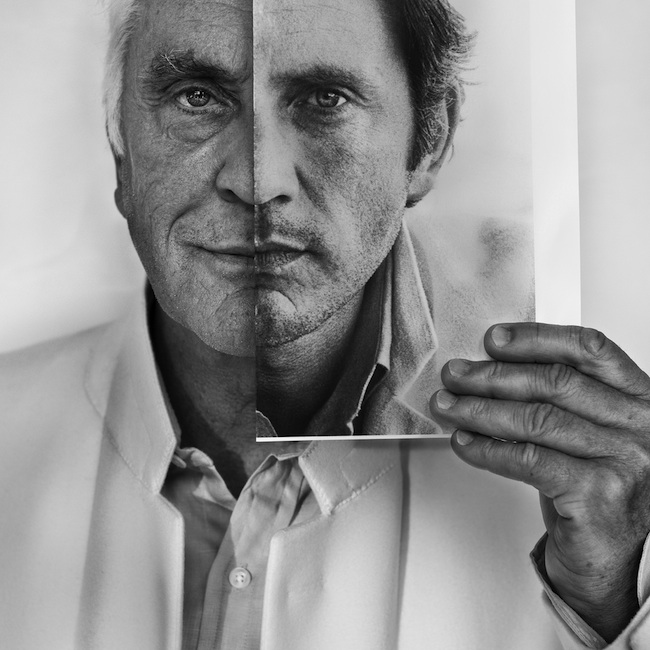 How much does a person's looks change during his or her lifetime? Ojai, California-based photographer Betina La Plante is the one behind this arresting image of English actor Terence Stamp (Superman, Wanted, Star Wars Episode I: The Phantom Menace). By having him hold up an older picture of himself, La Plante provides an incredible juxtaposition.

“Some photo fun with Terence Stamp. Overwhelmed by the response to this image. What started off as a fun idea has turned into a project that will develop over the course of the year,” she says on 500px.

Update: We got in touch with Betina to ask her a few questions about the image. Read that brief Q&A, below.

Q: How did the idea of asking Terence Stamp to hold an older picture of himself come about? Were you inspired by other projects you'd come across?
A: The idea of people holding images to their faces is not a new one, by any means. People have photographed themselves replacing their own faces with shots from fashion magazines, album covers, etc. Just recently I saw the poster for the movie Ides of March, which shows half of Ryan Gosling's face holding up a folded Time magazine with half George Clooney's face on it to complete the “whole.” I thought that was a cool concept, but how much cooler would it be to use the same subject on both sides, depicting the passage of time on their face.

I'd been helping Terence go through many of his old photographs, in order to choose which ones to include in his new memoir, so I knew I had some great straight on shots to work with, from when he was in his 30s. It was a last minute idea before he went to shoot his current movie in Canada, but he was up to try it.

Q: Is he actually holding an older picture of himself or was this Photoshopped?
A: He is actually holding a photograph of himself up to his face. I had an hour to scan and print up several sizes in order to come up with the best life-size match. There was no Photoshop manipulation involved in the base image to match his face to the photo – what you see is what came out of the camera.

Q: How much Photoshop was used?
A: Apart from the black and white conversion, the most Photoshop was done in trying to achieve a close enough contrast and “exposure” to the photograph being held up. The lighting conditions in the original photo were very different to the ones I was working under so it took some brightening, dodging and contrast work on the real Terence to balance the whole image.

4. What was working with actor Terence Stamp like?
Quite apart from being a close family friend, Terence is also one of the most generous people I've come across with his time. Since taking his portrait for the first time in 2009, he always indulges me in a photo shoot when he comes to visit, and is pretty much up for anything in terms of ideas and concepts. Added to that, he is the consummate pro in front of the lens so working with him is a dream. We're already planning the next one, which will involve a swimming pool…

Q: Any funny or inspiring stories you could share about the experience?
A: Trying to get him to hold the photo still enough, avoiding glare on the photo, and of course, finding the closest match to his face was a challenge. He couldn't see himself so had to follow my directions – “up a bit, down, left, no, my left.” We only shot 10 frames – the one you see is the 9th. Not perfect but it seems to work. And it has inspired a new project which will develop over the year. Should be fun!