By Madeleine Muzdakis on February 1, 2021 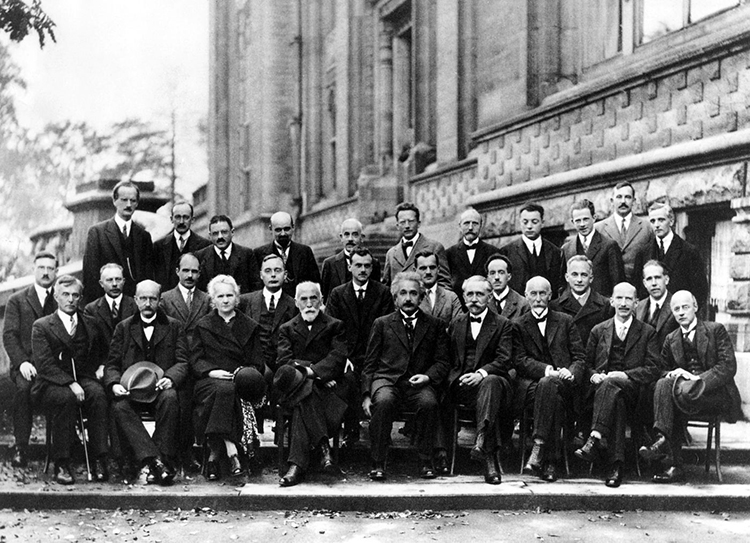 How many geniuses can one room hold? In 1927, 29 of the world's most brilliant minds gathered in Brussels for the Fifth Solvay Conference. Convened by Belgian chemist and industrialist Ernest Solvay, the theme of the conference that year was “Electrons and Photons”—topics of contention in the newly developed theories of quantum mechanics. Among the group were Nobel laureates and professors holding esteemed university chairs, including legendary names such as Marie Curie, Albert Einstein, Niels Bohr, and Erwin Schrödinger. Together, the attendees gathered for what has been called “the most intelligent photo” of all time—a simple snapshot taken at one of the most exciting moments in scientific history.

While the fifth Solvay Conference is the most well known, this prestigious intellectual gathering was first held in 1911 with the theme of “Radiation and the Quanta.” A young Albert Einstein was in attendance, as was Max Planck, who discovered the energy quanta being discussed. Mathematician and physicist Henri Poincaré was also present—known as “the last universalist” for being a leader across multiple disciplines before academic specialization began to make that impossible.

The only woman in attendance in 1911 was Marie Curie, the legendary researcher of radioactivity. Curie was already exceptionally accomplished, having won her first Nobel Prize in Physics (shared with her husband and a colleague) in 1903—the first time the Prize was awarded to a woman. In 1911—the year of the first Solvay Conference—Curie won her second Nobel Prize, this time on her own and in Chemistry. She was the first person to win the prize twice, and she remains the only person to ever receive a prize in two scientific disciplines.

Despite Madame Curies' accomplishments, women were incredibly rare in STEM in the early 20th century. As a result, even in 1927, Curie was once more the only woman at the Fifth Solvay Conference. Einstein and Planck returned. They were joined by Niels Bohr, Werner Heisenberg, Max Born, and Erwin Schrödinger—all of whom were pioneers of the new quantum mechanics which drew upon Planck's quanta and other discoveries of how the universe functions on an atomic level.

Of the 29 scientists at the conference, 17 would win Nobel prizes in their lifetime. Virtually all would hold university chairs teaching the new theories which were changing the world from one Newton could explain to an entirely new realm of energy, wave-particle duality, and uncertainty. Captured on one day in October, the Salvoy Conference photo shows 29 of the greatest minds of the 20th century taking a brief break from the long process of defining the universe.

In 1927, 29 of the most brilliant scientists in the world were photographed as they gathered to discuss emerging theories of quantum mechanics at the Fifth Solvay Conference in Brussels. 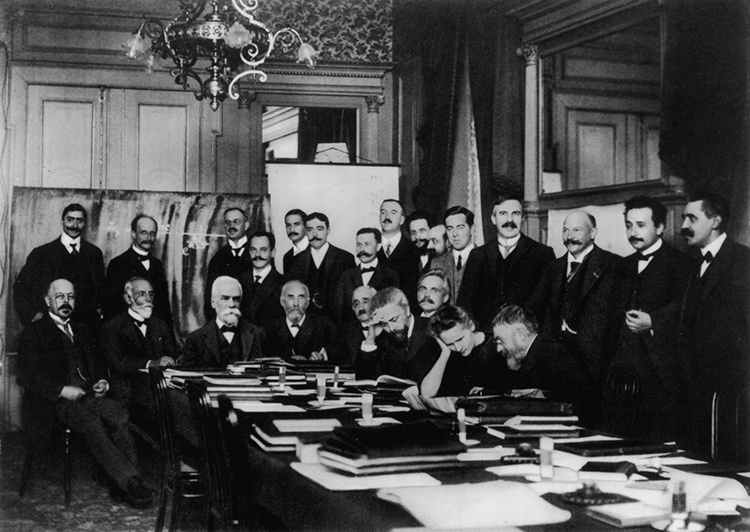 At the first Solvay Conference in 1911, the discovery of quanta (a basis for the later quantum theories) were discussed by the likes of Albert Einstein, Max Planck, and Henri Poincaré. 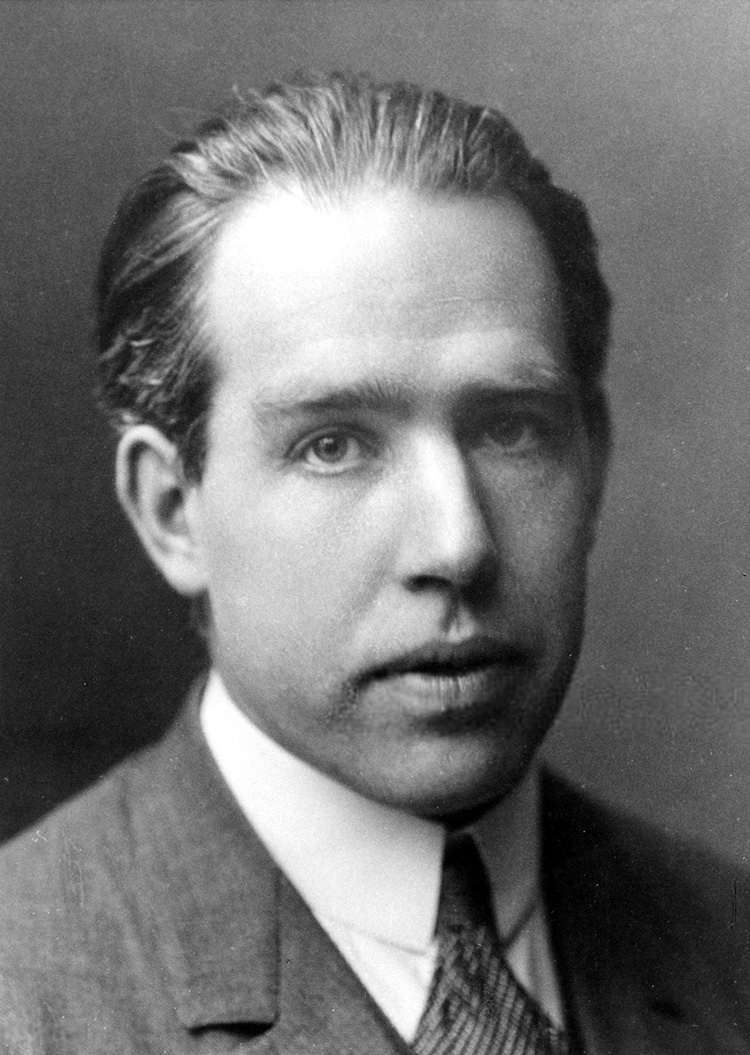 Neils Bohr, winner of the Nobel Prize in Physics in 1922 for his work on atoms and their radiation. He developed the Bohr model to describe electrons, their charges, and how they move between orbits. (Photo: Wikimedia Commons [Public domain])

Marie Curie was the only woman to attend either the 1911 and 1927 conference. She was one of the most distinguished scientists in attendance with two Noble Prizes. To this day, she is the only person to accomplish this. 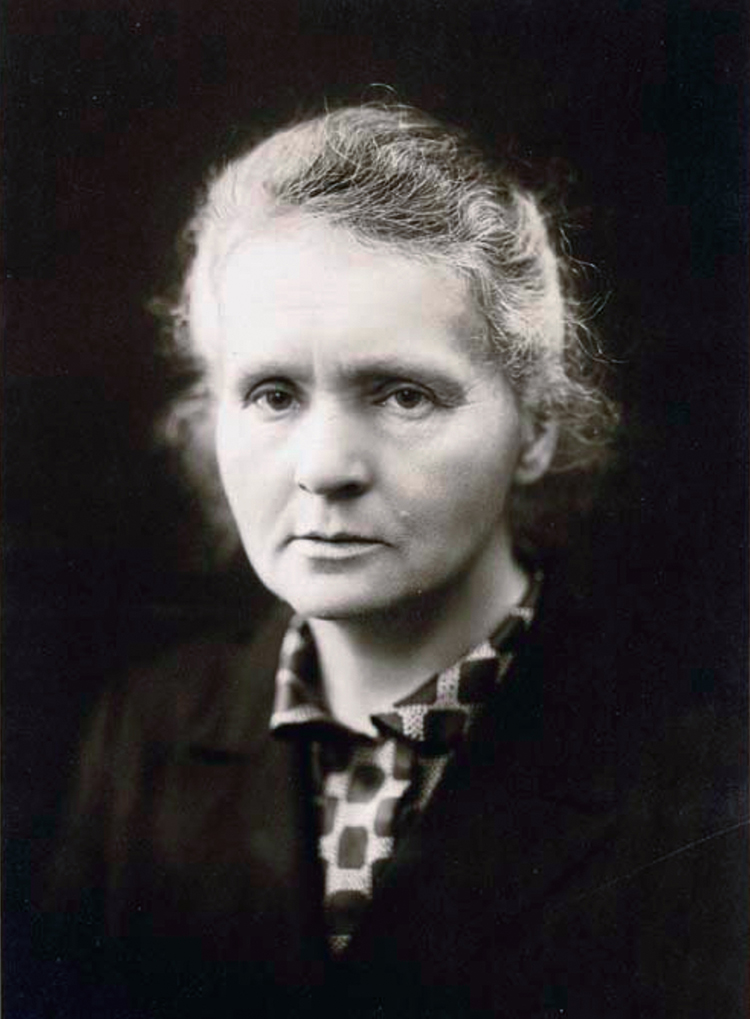 20+ Creative Gifts For People Who Love Math and Science