7 Things to Do in Portland for Art and Culture Lovers 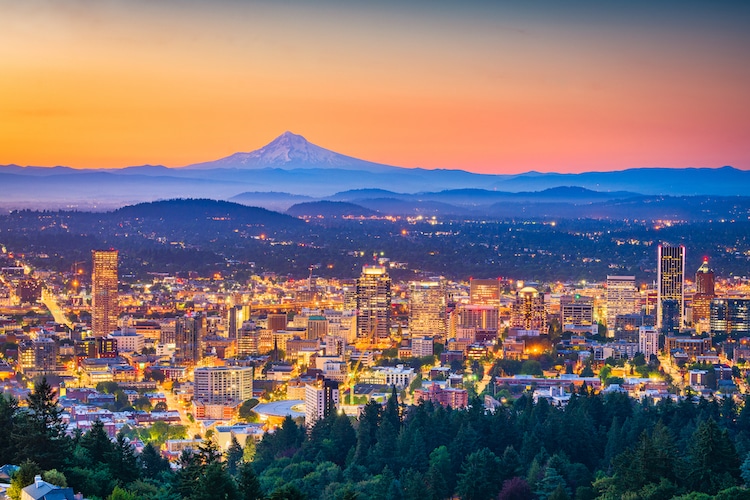 Stock Photos from Sean Pavone/Shutterstock
This post may contain affiliate links. If you make a purchase, My Modern Met may earn an affiliate commission. Please read our disclosure for more info.

Portland is a city that has gained a reputation for its idiosyncrasies. It has the unofficial tagline of “Keep Portland Weird,” and the television show Portlandia exemplified this in a series of comedic sketches riffing on the Pacific Northwest locale. (Including one about adult hide and seek.) Although the show put Portland on the proverbial map, the city had arrived long before it premiered. As the largest city in Oregon, it is a hub of culture that boasts a vibrant arts community as well as incredible food and drinks.

Portland is surrounded by natural beauty. It sits along the Columbia and Willamette Rivers, and beyond that, the snow-capped Mount Hood looms from a distance. Because of its position, the city feels like an enclave of hustle and bustle that encourages you to spend as much time outdoors as you do indoors. Luckily, Portland has ample opportunities to do both.

Looking for fun things to do in Portland? You’ve come to the right place. Check out our picks for the top cultural attractions so you don’t miss anything that the city has to offer.

Looking for things to do in Portland? Check out these places and fun activities. 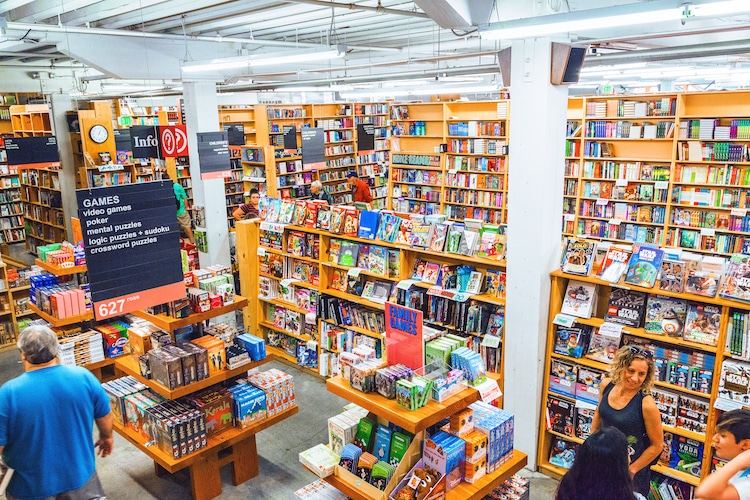 Lovers of literature, you’ll want to make it a point to stop by Powell’s Books. This local chain of bookstores has its headquarters, called Powell’s City of Books, located in the Pearl District. It is said to be the “world’s largest independent new and used bookstore in the world” with over 68,00 square feet and 1.6 acres of retail floor space. In addition to their massive, multi-story selection of texts, they have a full social calendar that hosts authors, book clubs, story time, and more. 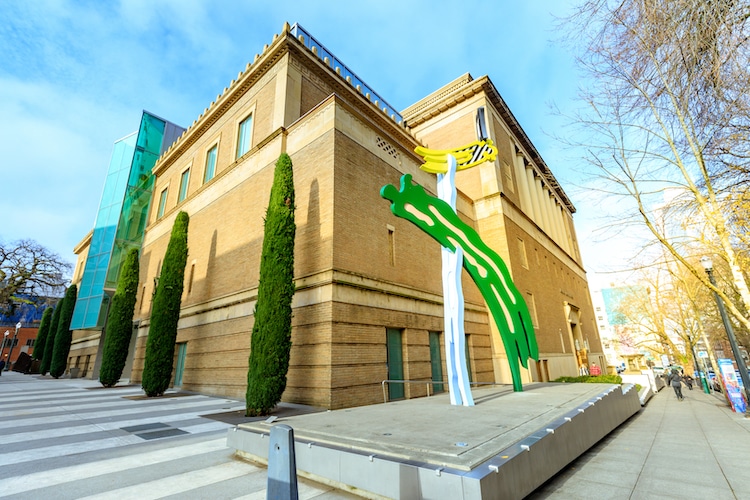 Established in 1892, the Portland Art Museum is the oldest art museum on the West Coast. The institution isn’t as large as those in New York City or Chicago, but it offers a lot for art enthusiasts. The permanent collection holds more than 42,00 works that include art of the Northwest, Native American art, Asian art, as well as works from Western culture. 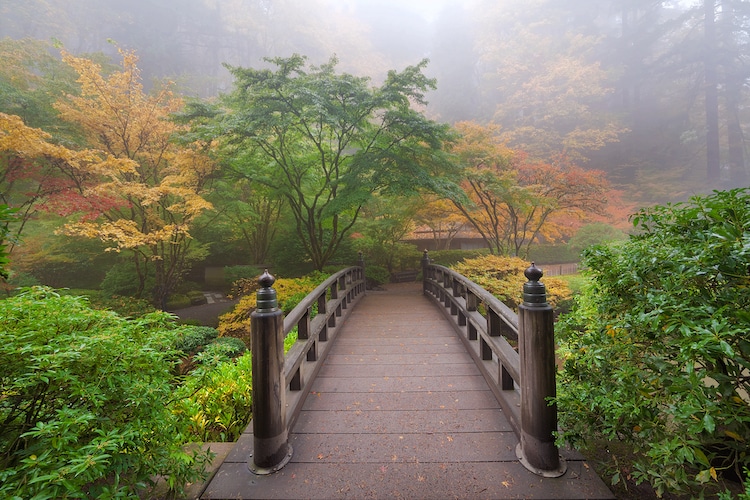 You don’t have to travel to Japan to experience the tranquil beauty of a Japanese garden. The Portland Japanese Garden is considered “the most authentic outside of Japan” and boasts many types of gardens in their 5.5-acre space. One of them is a sand and stone garden, a dry landscape also known as karesansui, that invites contemplation. In 2017, they introduced an expansion project called Cultural Village that allows you to immerse yourself in traditional Japanese arts. 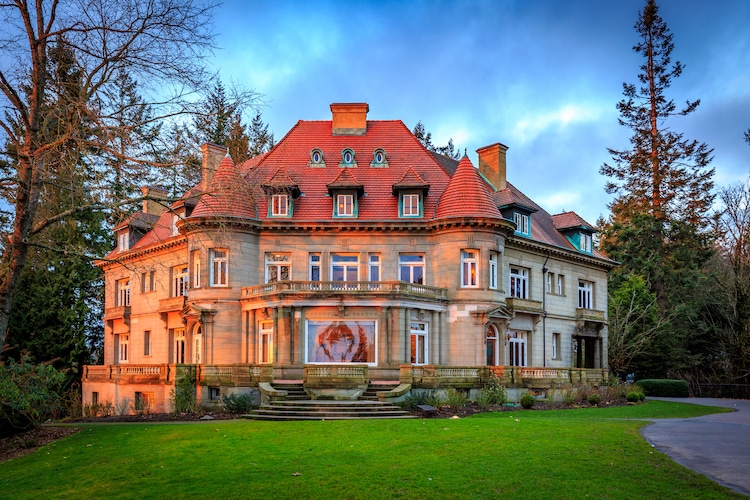 Want to feel like you’re visiting a French chateau? You don’t need to hop on a plane to Europe—just visit the Pittock Mansion. This French Renaissance-style mansion was built in 1914 as a private home for the Oregonian publisher Henry Pittock and his wife Georgiana. It boasts a staggering 46 rooms across 16,000 square feet. The home, available for visits (except in January, when it is closed) sits on 46 acres and has breathtaking views of downtown Portland and the Cascade mountains. 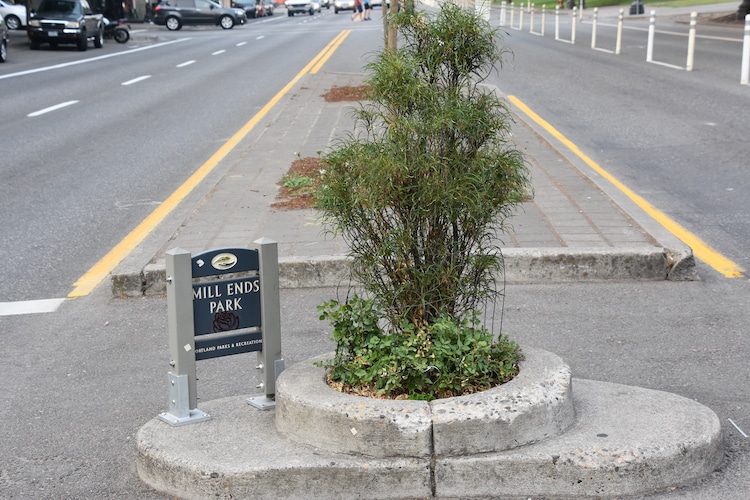 The Pittock Mansion is a massive locale, and if you follow it up with Mill Ends Park, you’ll be on the opposite end of the spectrum at the smallest park in the world. Situated along the Willamette River near Southwest Taylor Street, the site was created in 1948 by Dick Fagan, a columnist for the Oregon Journal. The location was originally supposed to house a light pole, but after it never came to be, Fagan planted flowers in its place and named it after his column called Mill Ends. Portland made it an official park on St. Patrick’s Day in 1976 and it gained its own tiny sign in 2018.

The Window of Wonders is a storefront display featuring hundreds of small creatures. Located in the Alberta Arts District, the artful arrangement is maintained by the artist named Hilary Pfeifer, aka Bunny with a Toolbelt. It is constantly evolving as the items in the display are for sale (and sold) and Pfeifer creates new ones. While you’re in the area, be sure to check out the other galleries and attractions. 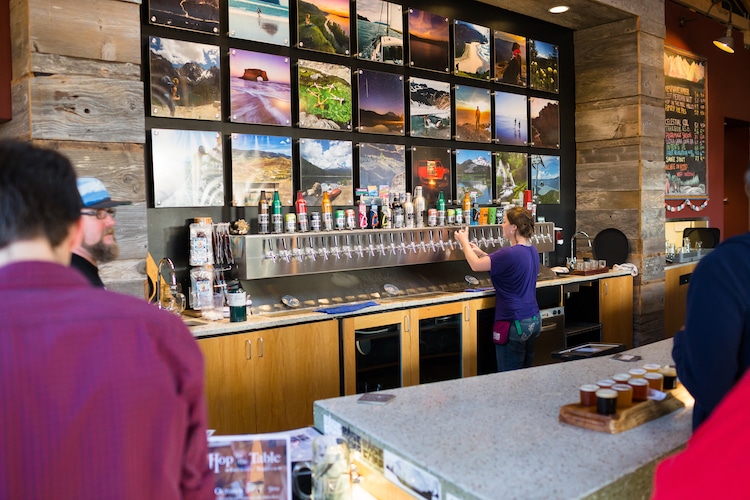 Portland has a well-known beer culture with a plethora of craft breweries—there are nearly 60 in the city! Tours like this one combine beer sampling with biking. A leisurely, mostly flat five-mile ride will take you to several breweries where you can sip the beers on site and get a behind-the-scenes look at the brewing process.

How to Get Around Portland 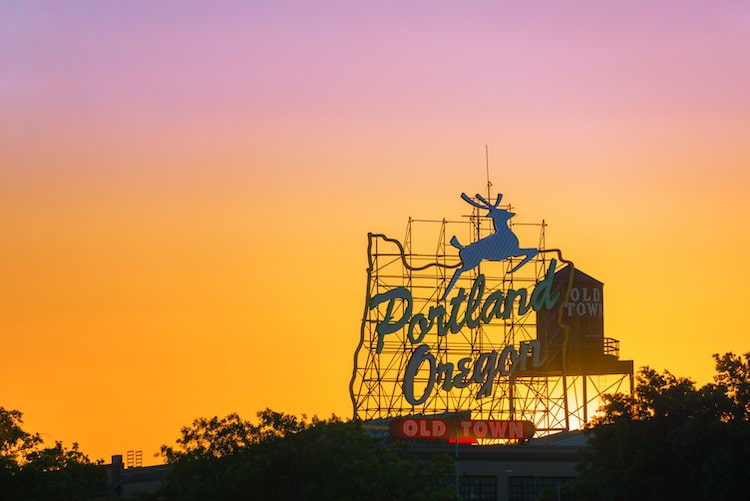 Portland is one of the most bikeable cities in the U.S.—seven percent of its commuters ride their bikes to work. The activity is easily accessible for visitors as well. Thanks to the bike share program called Biketown, there are 1,000 bikes and 125 stations available across the city. 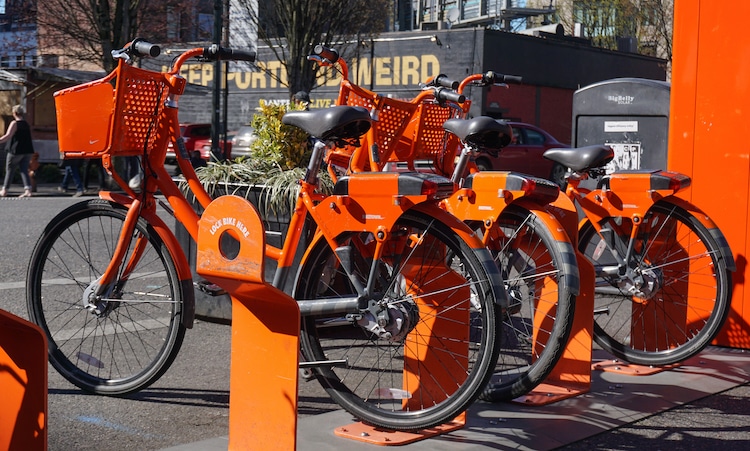 Whether you want to bike to one of the city’s hottest restaurants (we recommend Tusk) or want to take in the sights from two wheels, there are 315 miles of bike lanes that will make your journey hassle free. Looking for a place to start? Portland’s city government has their recommendation for the best bike rides, and the Biketown website has made their picks of scenic paths, too.

Want to visit Oregon? Share
Like My Modern Met on Facebook
Get Our Weekly Newsletter
Become a
My Modern Met Member
As a member, you'll join us in our effort to support the arts.
Become a Member
Explore member benefits