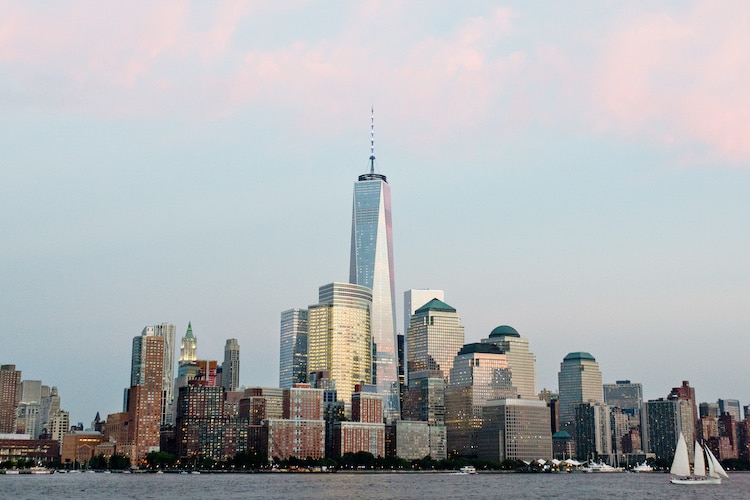 New York City has earned the reputation of being “the city that never sleeps” with good reason. There is so much to do and see that you'll never be bored! From amazing museums to culinary delights from around the world, the Big Apple truly has it all. My Modern Met had the chance to visit some of the island’s greatest cultural institutions and stylish accommodations. Scroll down for our travel guide to art and culture in New York City.

Where to Stay in New York City 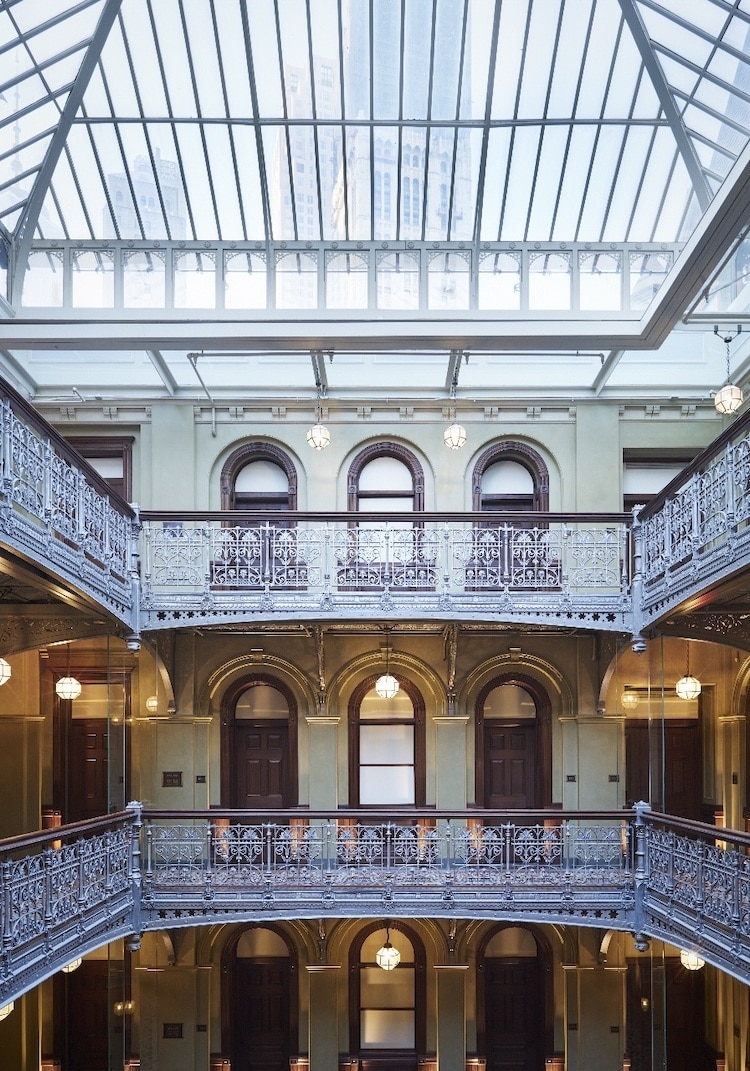 Located in Lower Manhattan, The Beekman Hotel is known for its striking architecture and ability to effortlessly pair old-world glamour with modern luxury. It boasts a nine-story atrium with a pyramidal skylight and wrought-iron railings of ornamental designs. While you’ll certainly be impressed with its interior decor, make sure you look at the art on the walls, too. Their collection references the hotel’s location at the foot of the Brooklyn Bridge and proximity to City Hall Park by featuring site-specific works by artists including Jane Hammond and Patrick Jacobs. 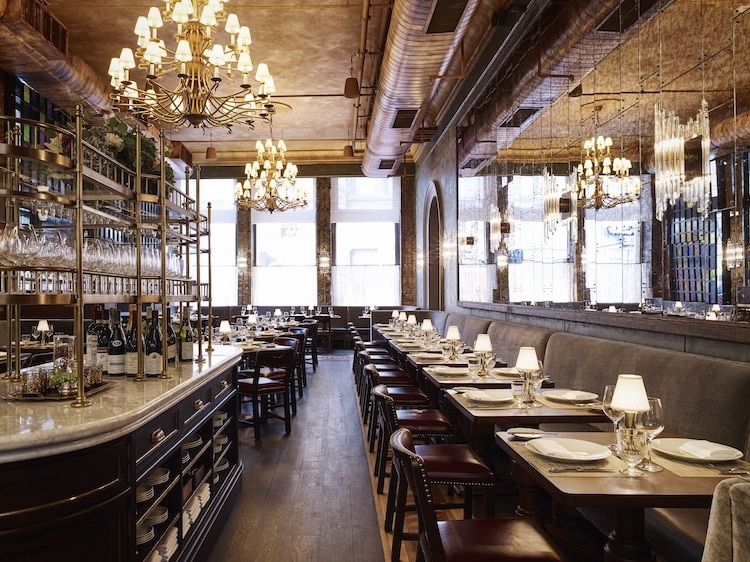 Foodies, you’re also sure to love what The Beekman has to offer. Celebrated chef Tom Colicchio has a restaurant called Temple Court that offers a five-course tasting menu featuring Maine Lobster. In addition to Temple Court is Augustine by restaurateur Keith McNally. The Brasserie-style establishment has lighter dishes and French classics that includes a variety of fish and meats. 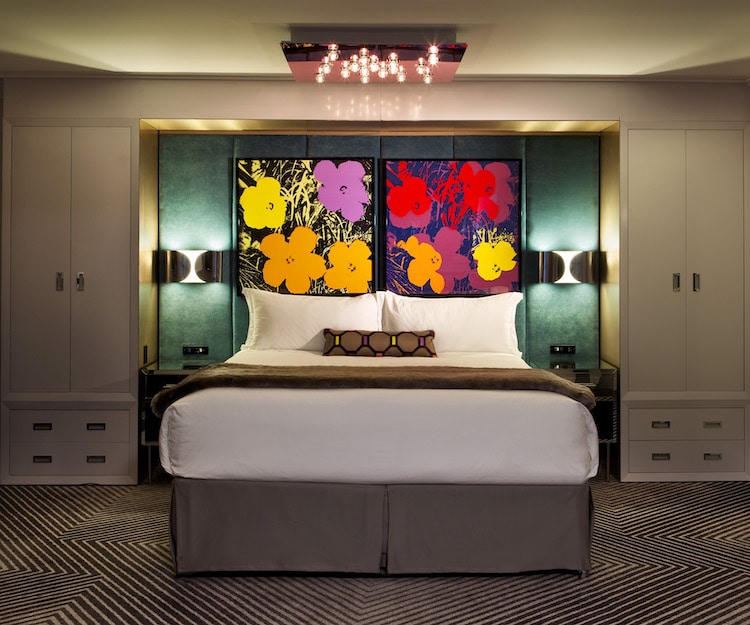 Venture to the Upper East Side and you’ll find the elegant Loews Regency Hotel. A stone’s throw from Bergdorf Goodman’s, Bloomingdale’s, and the acclaimed restaurant Daniel, the chic locale features unforgettable Signature Suites that highlight designers like Nate Berkus, Rottet Studio, and Haynes Roberts. Fans of Andy Warhol will want to book the playful Pop Art Suite. It boasts a print of his bright flowers hanging over the bed. 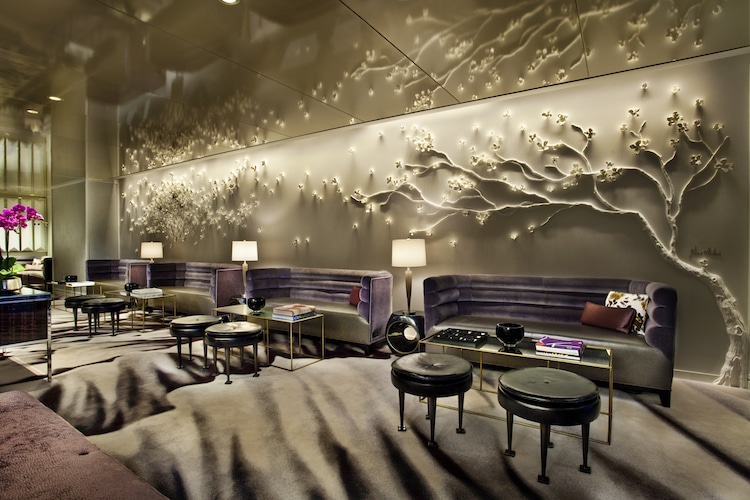 Enjoy a happy hour or a nightcap with The Regency Bar. The menu includes a variety of specialty cocktails and wines all under the beautiful gaze of a wall-length sculpture by artist Nina Helms.

Art Museums to Visit While in Manhattan

The Metropolitan Museum of Art 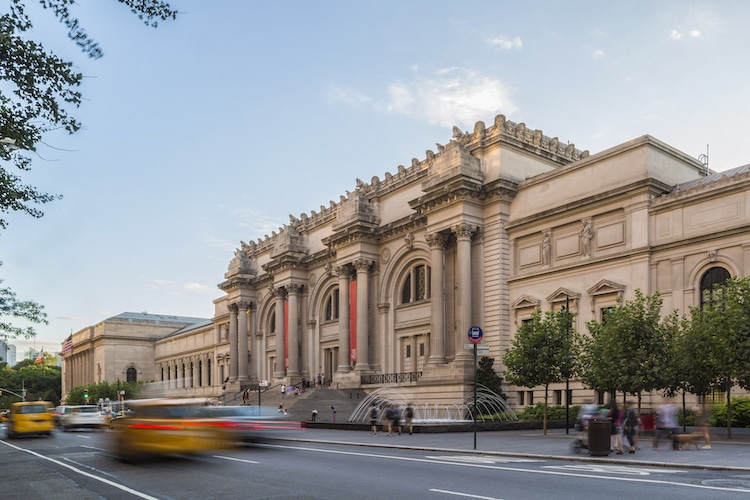 The Metropolitan Museum of Art, aka The Met, presents over 5,000 years of art from around the world. Founded in 1870, the institution was meant to become a “library of art” that will inspire and encourage both the study, creation, and application of it. 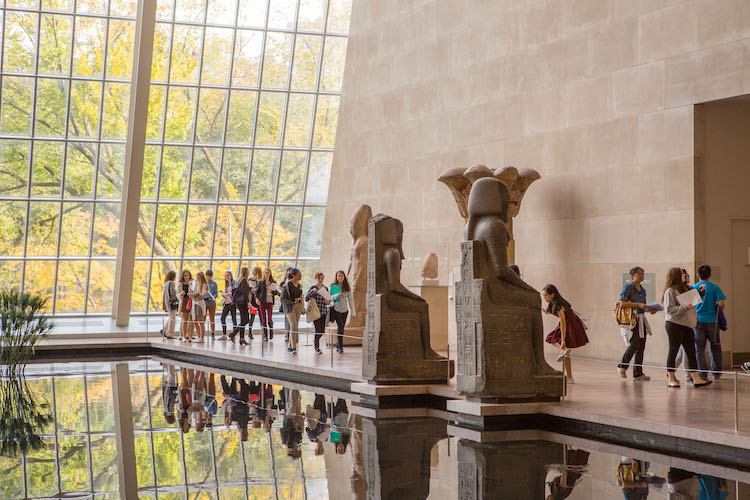 The museum has three sites in New York City—The Met Fifth Avenue, The Met Breuer, and The Met Cloisters. The Met Fifth Avenue is its most iconic location and holds a number of fascinating exhibitions alongside its permanent collection. To get an in-depth look at the art, be sure to take one of the free guided tours. 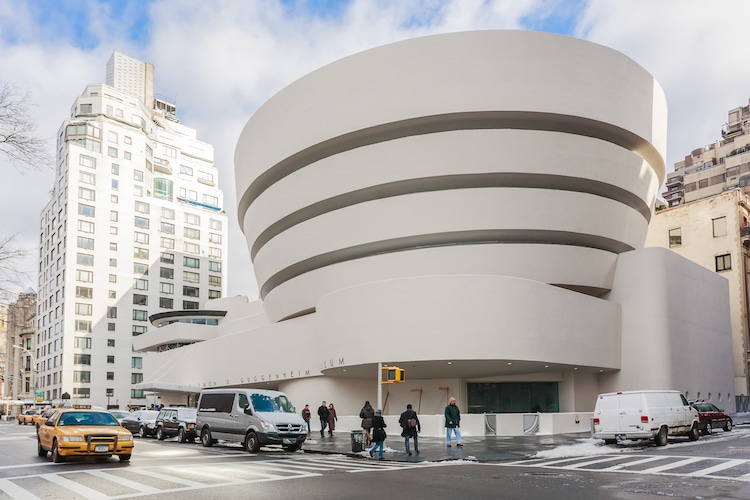 The Guggenheim Museum is a marvel, both architecturally and with the incredible artwork contained within its walls. Famed architect Frank Lloyd Wright designed the building, which opened in 1959 and is widely considered one of his masterpiece creations. Featuring a spiral ramp and an open design, it’s meant to stand as a “temple of spirit” where art and architecture come together. 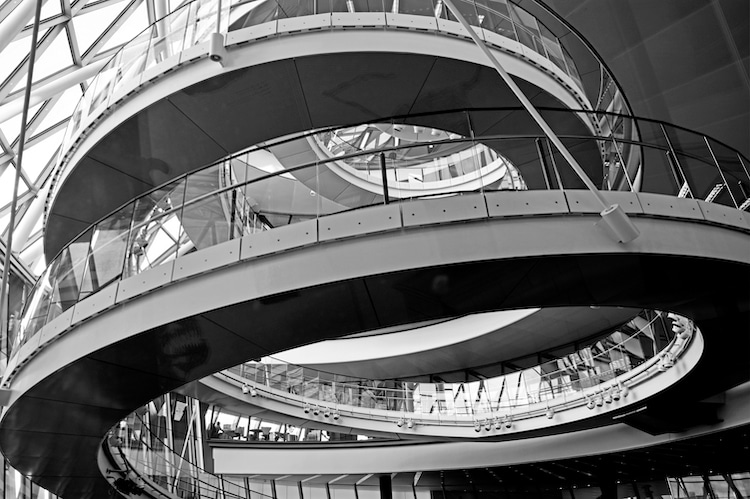 The art collection features a variety of modern and contemporary works from notable artists including Cézzane, Gauguin, and Kandinsky. There are rotating exhibitions of curated sculptures, photographs, paintings, site-specific installations, and new media.

Witness Breathtaking Views of the City 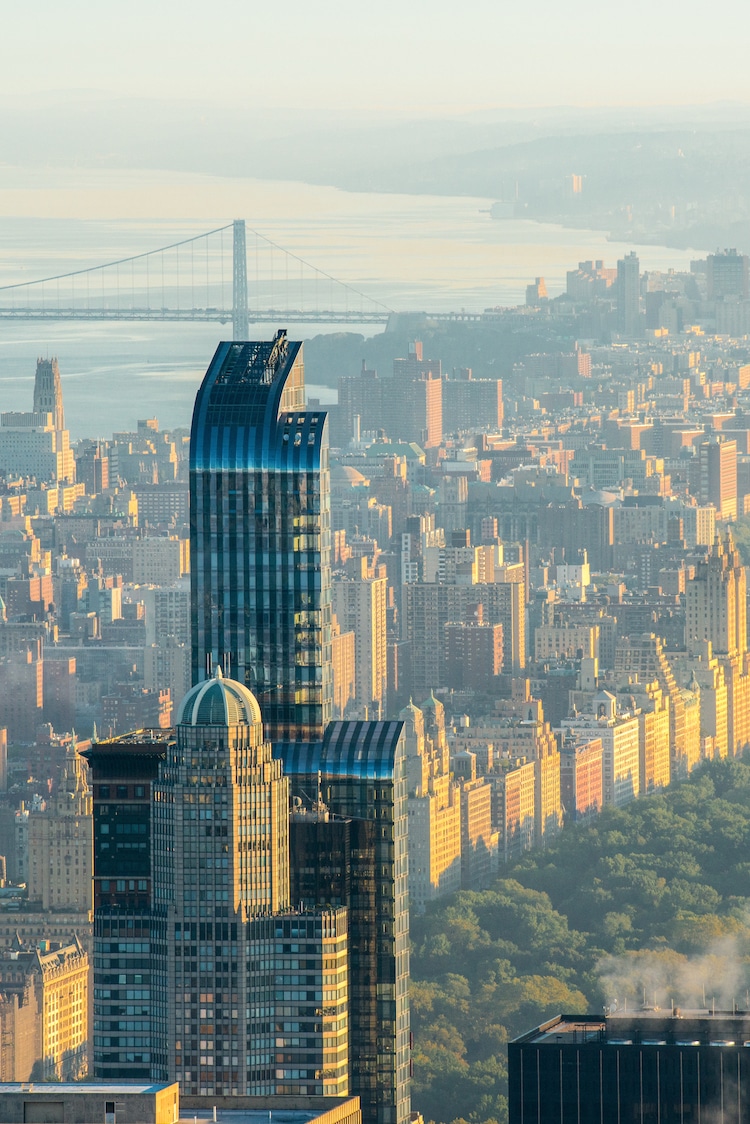 Get a 360-degree view of the city when you make your way to the top of the Empire State Building. There are observation decks at the 86th and 102nd floors that provide you stunning views of Midtown and beyond.

In addition to the incredible vantage point, the architecture of the Empire State Building is also notable. It is done in the Art Deco style and clad in Indiana limestone that gives the structure its “blonde color.” 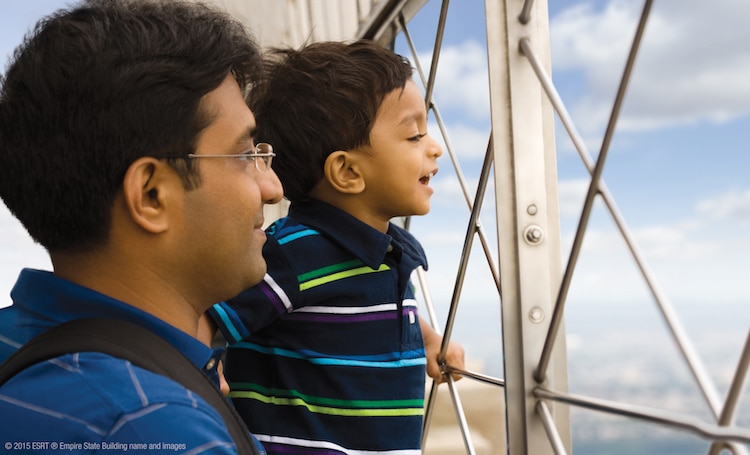 Plan your visit ahead of time to decide what kind of experience you’ll have. Do you want to see the sunrise from the 86th floor? Get an all-access tour? Both are possible at the Empire State Building! And don't forget to make a reservation at the STATE Grill and Bar when you're finished taking in the view.

Top of the Rock, 30 Rockefeller Plaza 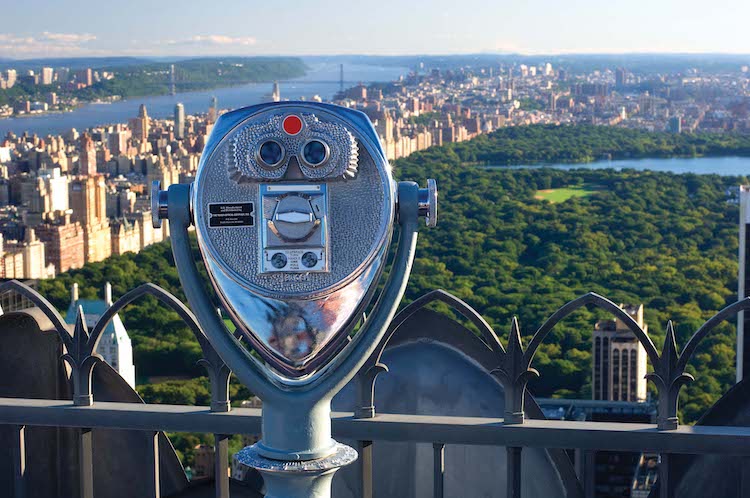 Photo: Top of the Rock

You could say that calling a place Top of the Rock is a misnomer; you’re not visiting a giant stone, but Rockefeller Center. The Top is an observation deck with unobstructed views from the building's enclosed 67th and 69th floors, while the 70th story is an open-air roof deck that's ideal for snapping a selfie.

In addition to the gorgeous city views, there are several exhibitions and interactive installations that provide engaging entertainment while you visit.

Next: More things to do and see in New York City.