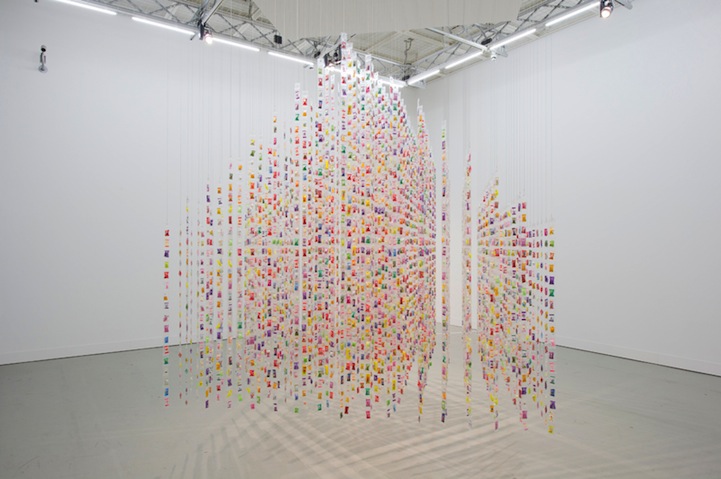 An anonymous trio of artists, known simply as three, have been collaborating on politically driven art installations that incorporate a playfully colorful aesthetic. Using individually wrapped pieces of candy and fish-shaped soy sauce packets, the artists have constructed a number of works that invite viewers to interact with them.

For their installation titled Eat me, three designed a hanging installation in the shape of a house filled with candies packaged in brightly colored wrappers. Each column included dozens of the sweet treats (about 7,000 in total) that visitors of the exhibition at Shiseido Egg Gallery were welcome to pick off and eat. Visitors were simply asked to discard of the wrapper in the allotted corner of the space where, by the end of the exhibit, there was nothing more than a pile of colorful trash. The symbolic imagery of a house being turned into a heap of waste is reflective of the damage from the earthquake and tsunami that hit three's hometown of Fukushima, Japan.

Being directly affected by the natural disaster, their work is highly influenced by that experience. Their installation titled Tokyo Electric displays a 3 meter-tall box designed in the scale of the Fukushima nuclear power plant. The structure deliberately includes 151,503 colorful fish-shaped soy sauce containers, which is the exact number of displaced citizens in the aftermath. Their other works titled Tokyo Void and Tokyo Surge are equally reflective of the life-altering events. 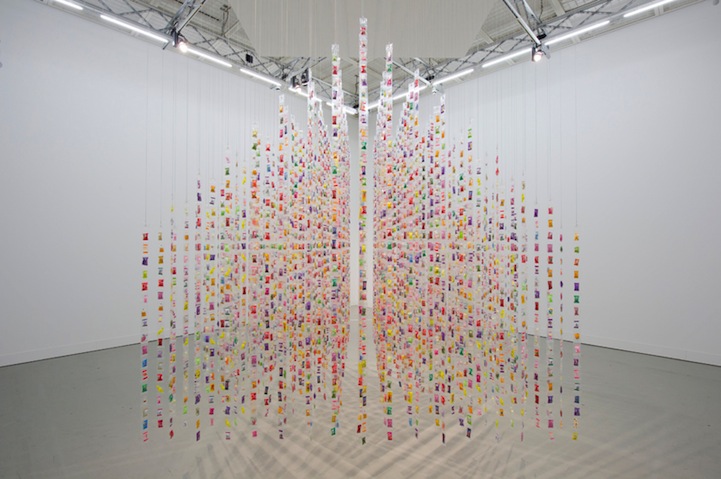 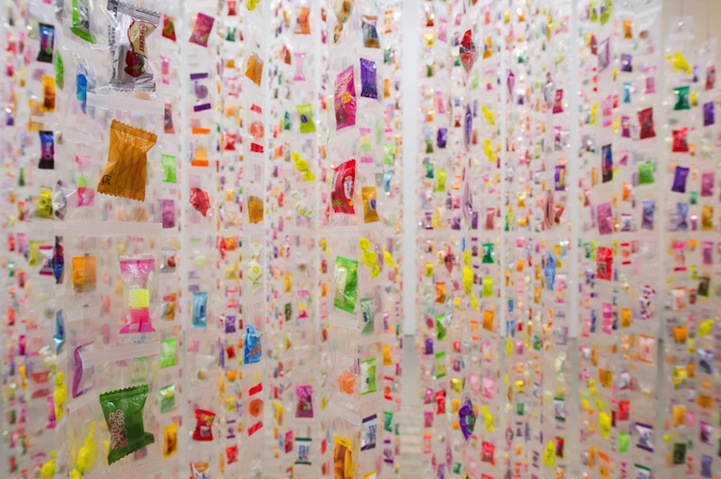 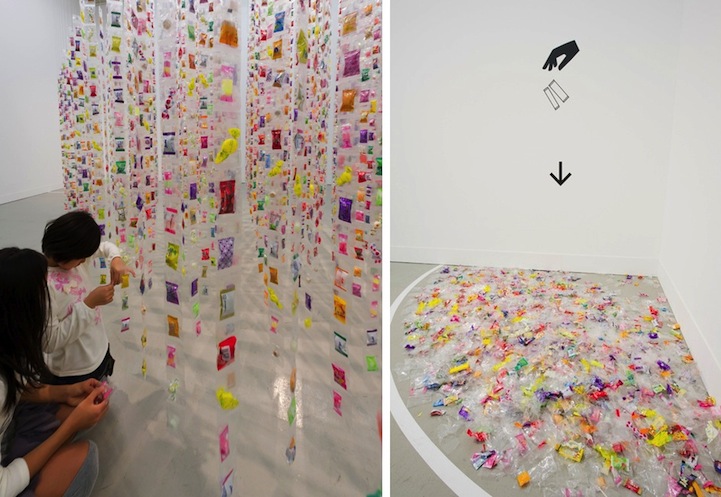 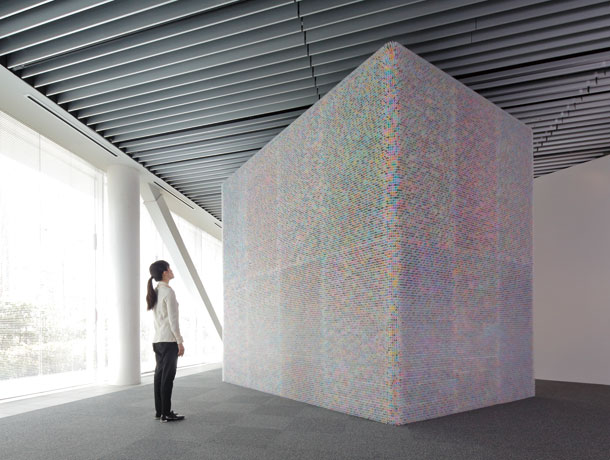 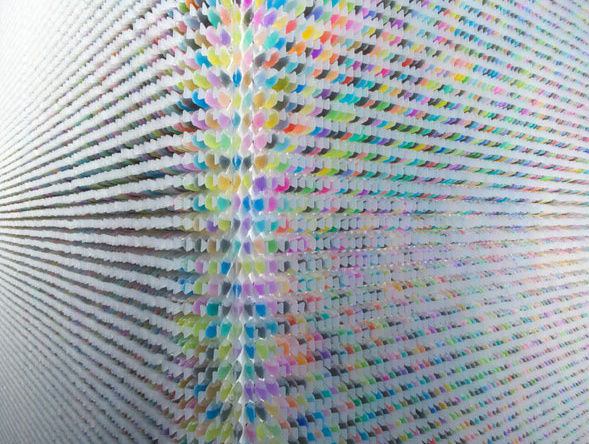 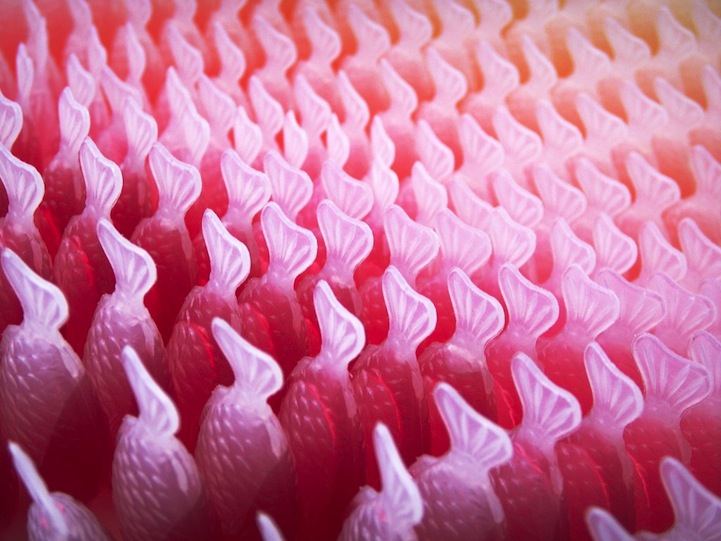 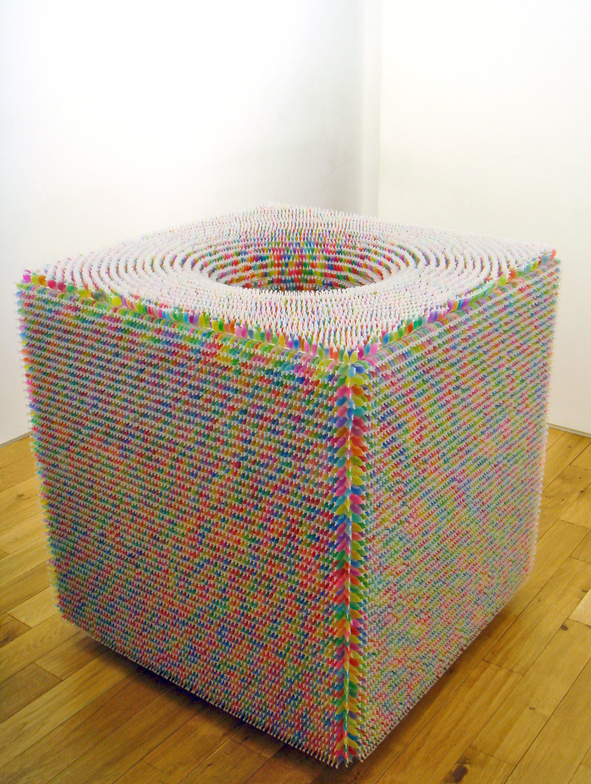 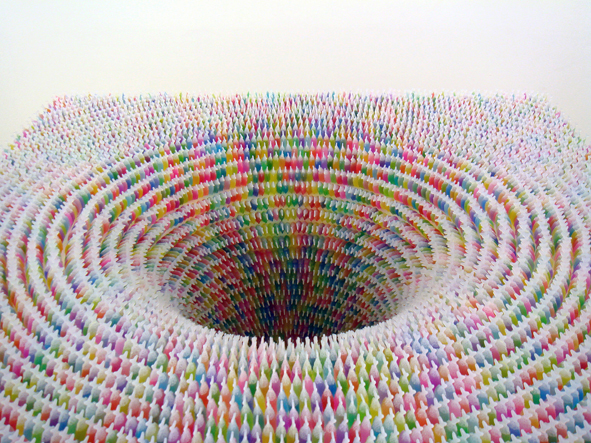 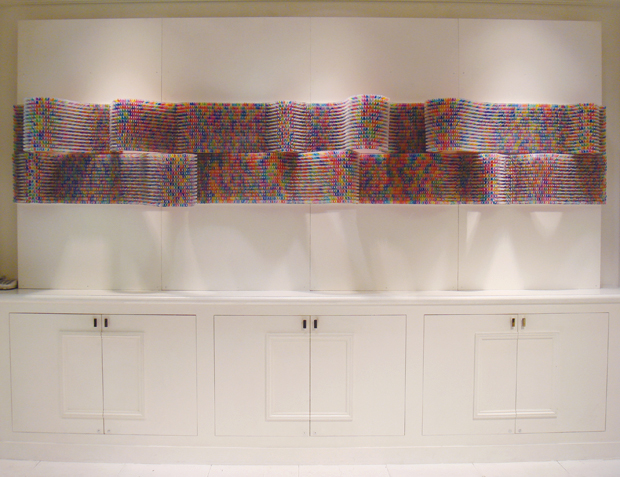 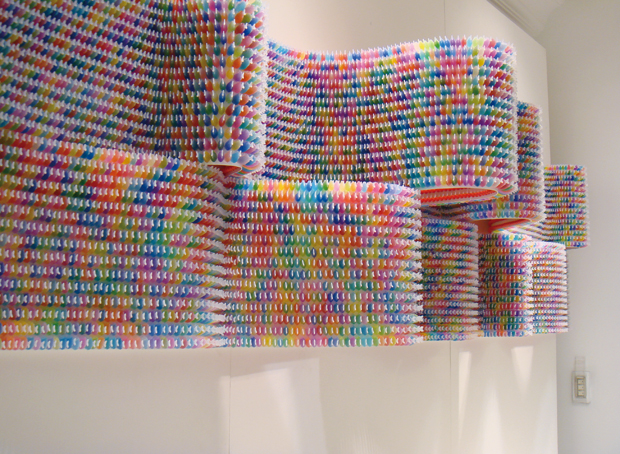