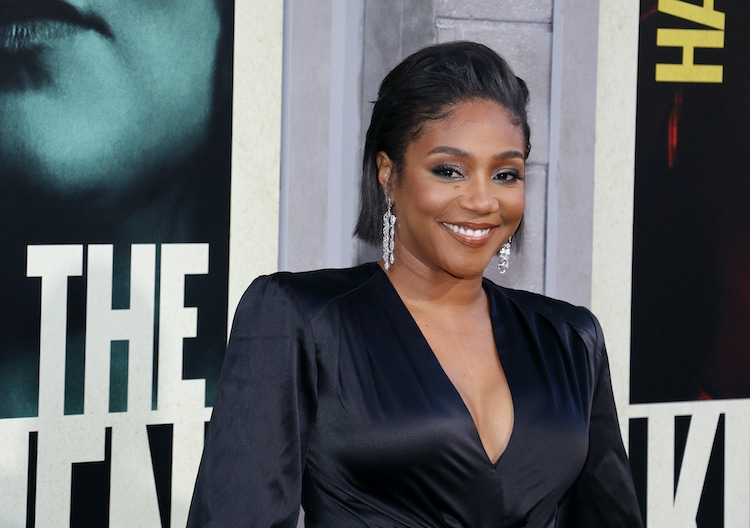 Each year, folks look forward to award shows like the Golden Globes and the Grammys to see their favorite celebrities and artists be recognized for their achievements of the past year. But perhaps no one looks forward to awards season more than the stars themselves, who take great pride in being acknowledged for their hard work and talent. Tiffany Haddish was one of them; she was nominated for Best Comedy Album in the 63rd Annual Grammy Awards. While she was happy to even be nominated, winning the award took her joy to a whole new level.

Haddish found out that she was among the Grammy winners of 2021 while filming her own television comedy series, Kids Say the Darndest Things. Her tearful reaction was both touching and priceless as she explained to her two young guests just how much this award means to her. Noting that the last Black woman to win a Grammy in that same category was Whoopi Goldberg in 1986, Haddish could hardly contain her disbelief as she heard the news.

“Can I tell you why I’m crying?” Haddish begins tearfully, giving some inspiring insight and advice to the two young Black girls at her side. “It’s a lot of bumpy roads that you cross, right? And it’s a lot of times that you feel like, ‘Am I doing the right thing? Is this good enough? Am I good enough? Am I strong enough to do this job?’ And then you just have to believe in yourself as much as you can. And against all odds, you just say, ‘You know what? I’m going to just put my best foot forward, and I’m going to give the world the best that I got.’ Right? Anything is possible.”

Tiffany Haddish won the Grammy for Best Comedy Album, and her tearful reaction is priceless.

How I found out I won a Grammy while working on @KidsSayDarndest I am so Honored to share with the kids. Full situation is on my YouTube page. pic.twitter.com/pYzmt4nIgo