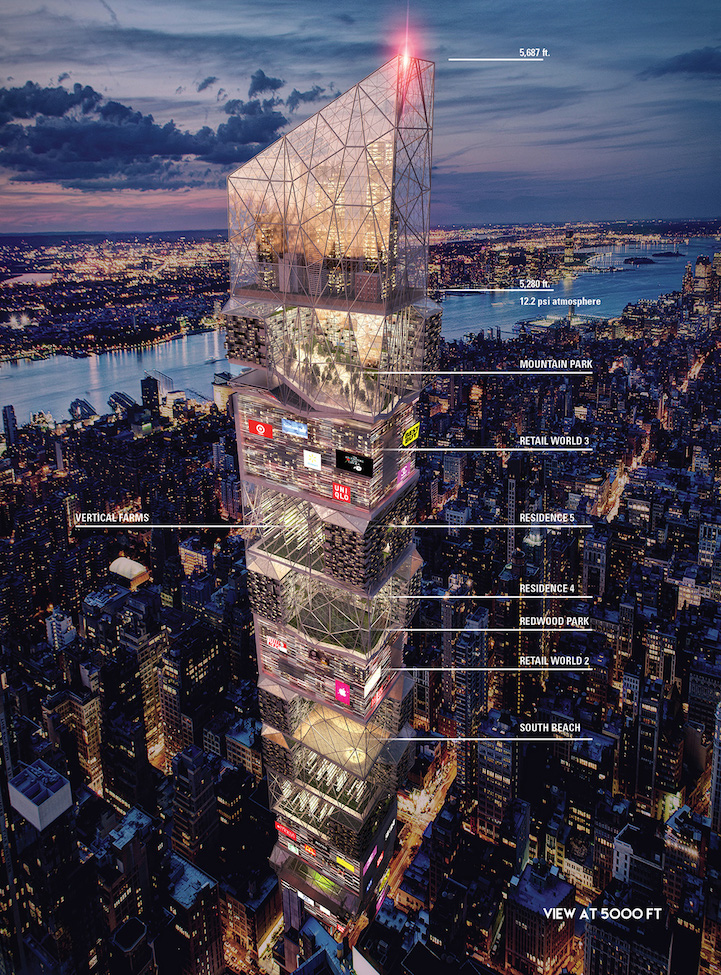 We know what New York City's Times Square looks like now, but what about in the year 3015? In a concept proposed by Blake Freitas, Grace Chen and Alexi Kararavokiris, it could have a magnificent skyscraper that contains a mountain range, beach, shopping centers, Giants' Stadium, and much more. The trio calls it Times Squared 3015, and it's over a mile tall at 5,687 feet high. Compared to the Empire State Building, which is 1,454 feet tall, the structure is massive.

The designers wanted to “fit an entire city within itself,” and it's how they came this unique arrangement. Destination zones – like housing, malls, and farming – consist of individualized modules that are stacked on top of each other. And, at the peak of the skyscraper, a smaller cityscape is enclosed and offers dazzling views of what's below.

“This tower embraces the problems of overpopulation, farm production, oxygen generation, and the re-purposing of obsolete infrastructure,” Freitas, Chen, and Kararavokiris write. It also creates a new kind of daily life. “Residents have a beach or a redwood forest right in their own backyard. A shopping mall or the latest football game are just an elevator ride away,” they explain. It's an unconventional and intriguing vision for the future of Manhattan. 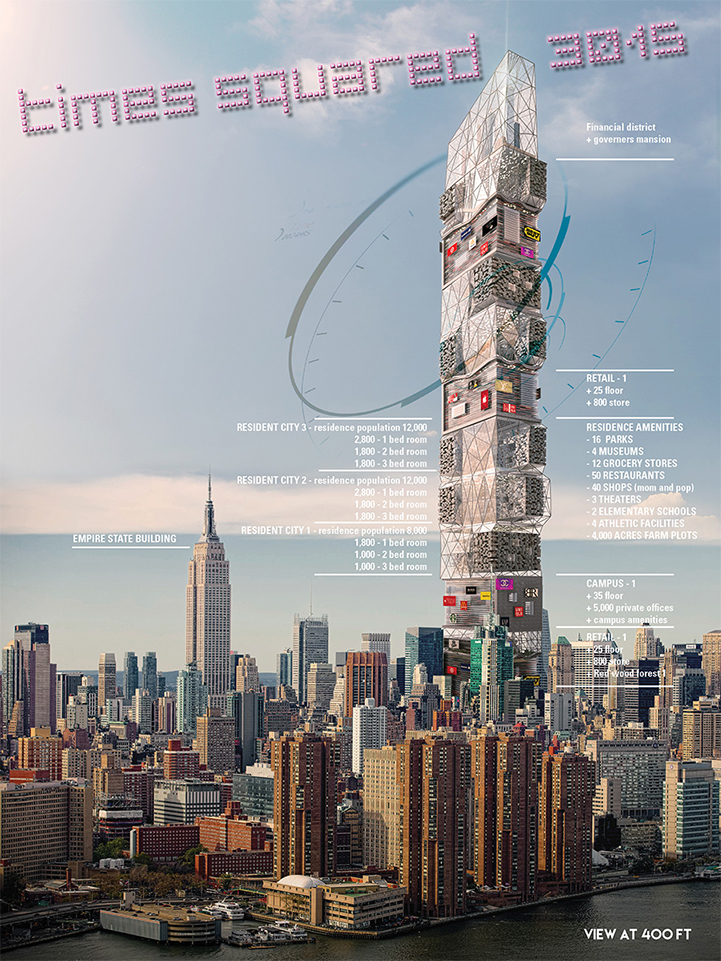 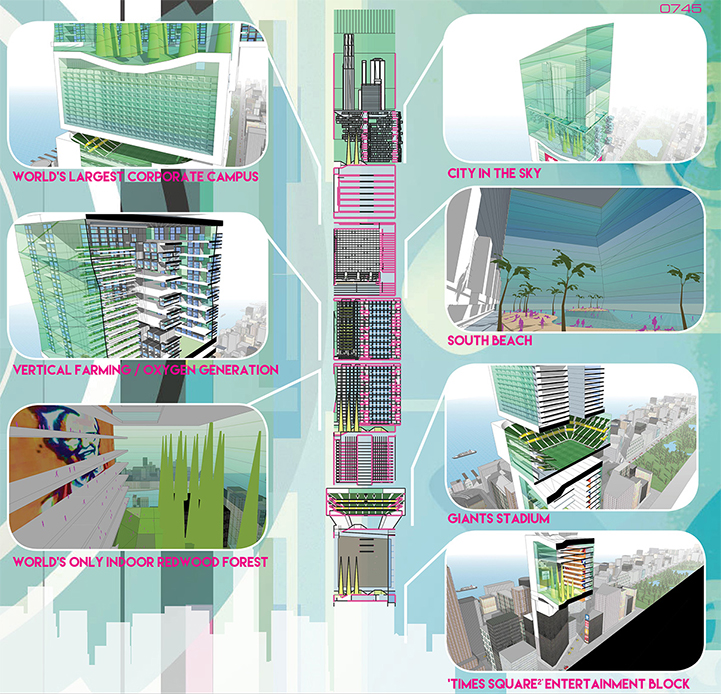 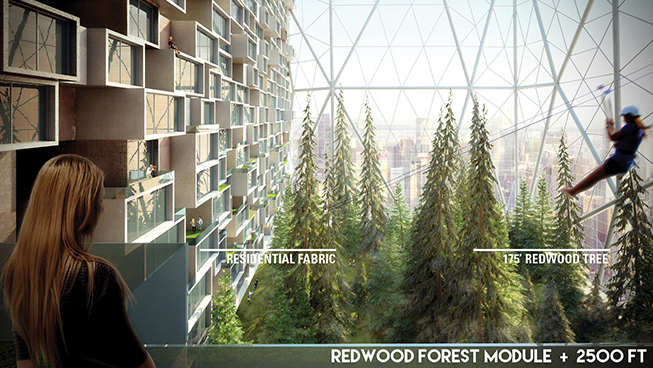 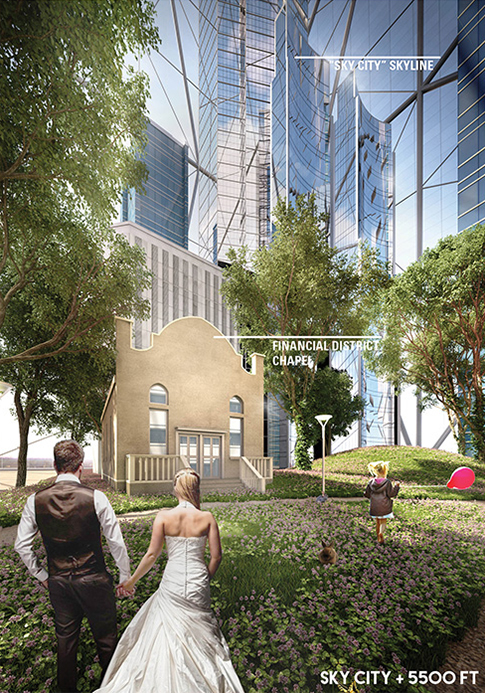 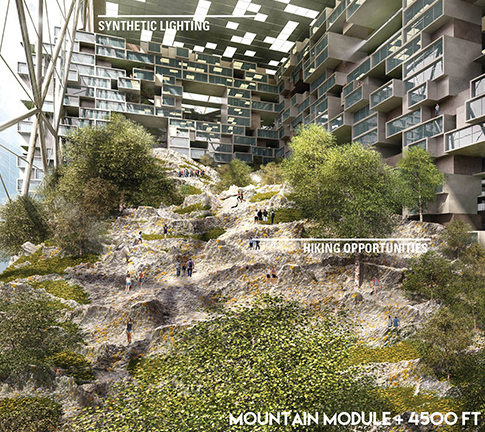