Get a Glimmering Glimpse Into the ‘Très Riches Heures,’ an Enchanting Medieval Manuscript 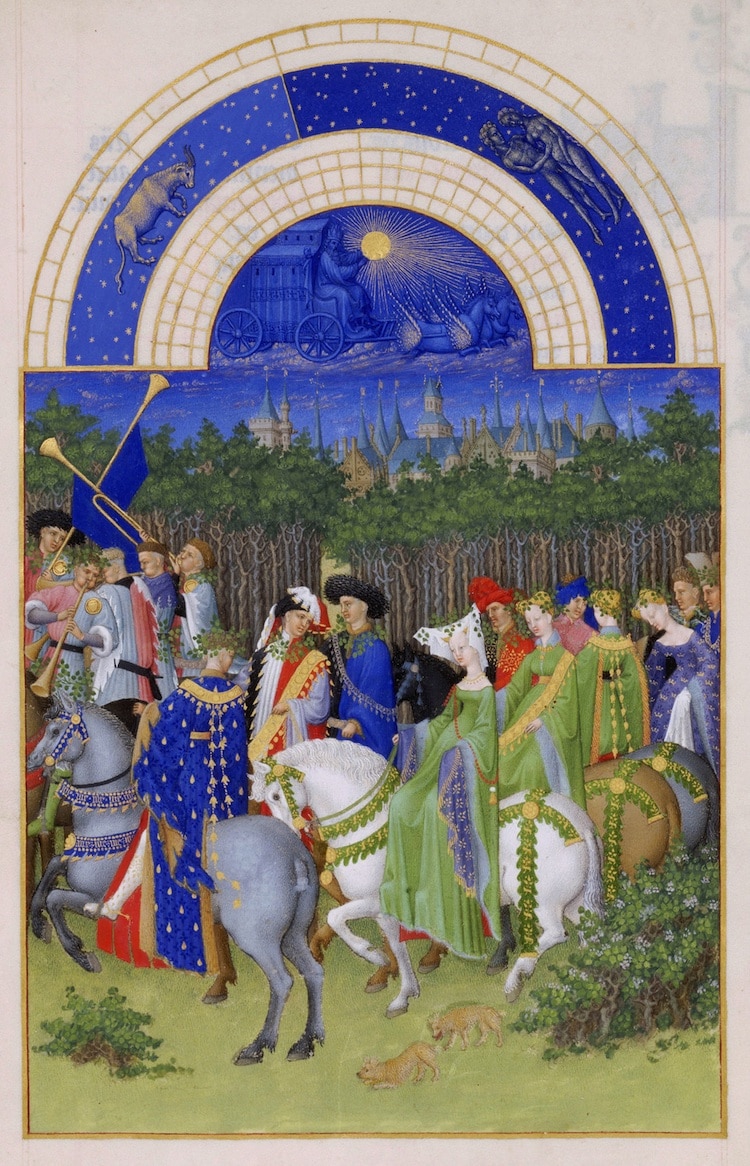 In the Middle Ages, religious worship reached heavenly new heights with the advent of the illuminated manuscript. A devotional text hand-decorated with intricate imagery and glistening gilding, this type of book became popular with Europe's literate elite. While many examples of this ethereal codex exist today, there is one that floats above the rest: the Très Riches Heures du Duc de Berry.

This 15th-century book of hours is among the world's most celebrated illuminated manuscripts. With sky-high levels of detail and decoration evident on every parchment page, the Très Riches Heures du Duc de Berry illustrates the time and talent required by the manuscript-making process, shining a light on the luminous tradition.

What is a Book of Hours? 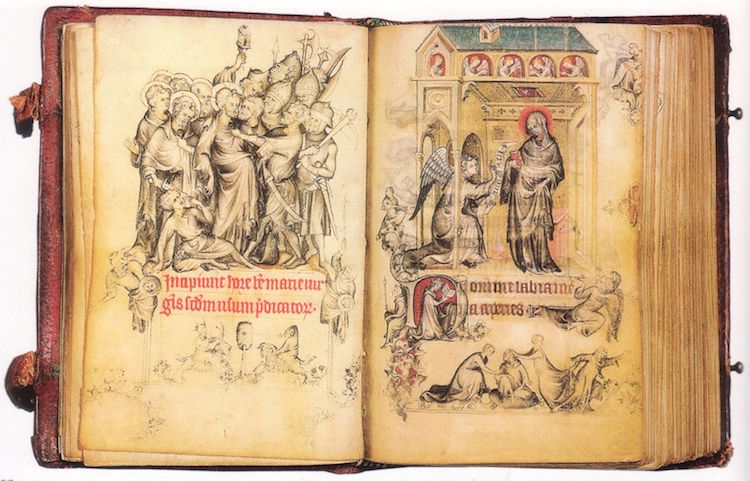 The book of hours—a type of Christian prayer book—emerged in Medieval Europe. Meticulously adorned with vibrant illustrations and intricate borders rendered by hand, the text of these illuminated manuscripts slightly varied from book to book. Each one, however, featured the Hours of the Virgin Mary, which were special devotions said during the eight canonical hours of the day: Vigil (the “eighth hour of night”); Matins (the time right before dawn), Lauds (dawn), Prime (the first hour of daylight), Terce (the third hour of daylight), Sext (noon, or the the sixth hour of daylight), Nones (the ninth hour of daylight), Vespers (dusk), and Compline (the end of the day).

By the end of the 13th century, the book of hours was the most popular type of medieval manuscript. In fact, its ownership transcended members of the clergy; it was also used by ordinary people and even bibliophilic collectors like Duke Jean I of Berry, a French nobleman celebrated for commissioning the Limbourg Brothers to create the Très Riches Heures, a particularly sparkling book of hours. 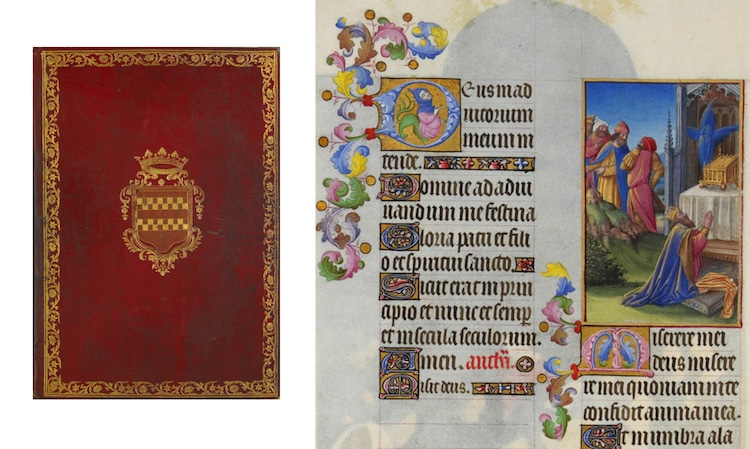 The Très Riches Heures (“The Very Rich[ly Decorated] Hours of the Duke of Berry”) dates back to 1412. Measuring 8.5 by 12 inches, the handheld book comprises 206 calfskin parchment pages adorned with ornate calligraphy, intricate initials, opulent marginal decorations, and splendid miniatures, or small illustrations. In total, the manuscript features 131 minutely detailed miniatures, which are rendered in luxurious mineral and plant-based pigments mixed with natural gums and embellished with silver and gold leaf.

While the illustrations' grandeur is unusual for a book of hours, the content itself is typical. The first 14 folios, or pages, feature a calendar that outlines important liturgical days accompanied by (for the first time in book of hours' history) full-page miniatures. These illustrations show the Labors of the Months, a 12-scene cycle portraying seasonal, harvest-related activities. In the Très Riches Heure, these scenes star peasants and aristocrats and are set before the Louvre and other medieval castles in France. Above each miniature is an archway housing the relevant zodiac sign.

The remainder of the manuscript is made up of various holy texts—including readings from the Gospels, Prayers to the Virgin, and Psalms—as well as the hours. 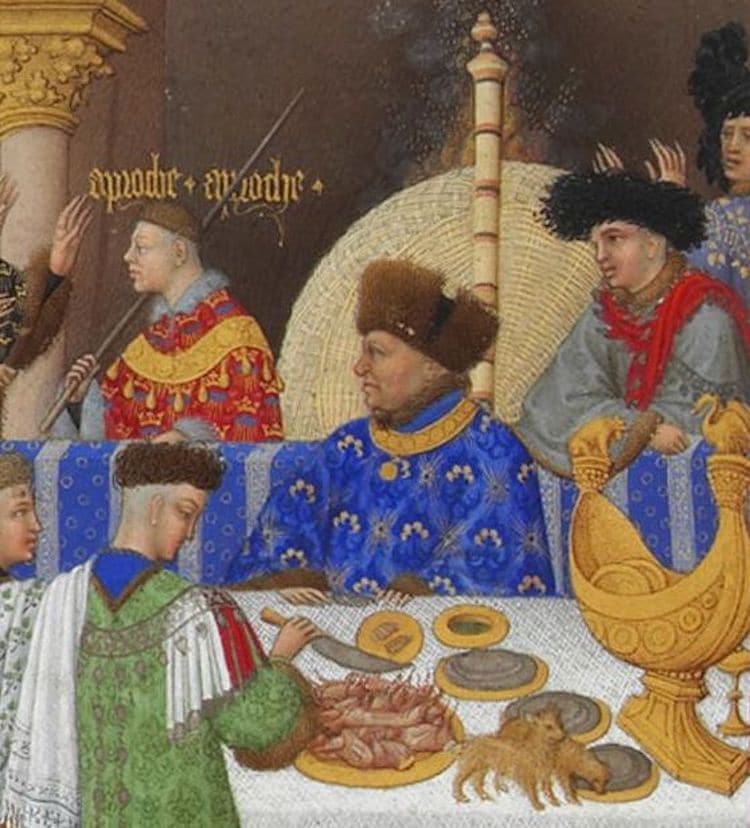 In 1405, the Duke of Berry—the third son of King John II of France—began collaborating with Dutch miniature painters Herman, Paul, and Johan Limbourg. Impressed with their work on a bible commissioned by his late brother, the duke asked them to illuminate a book of hours for private use. Now known as the Belles Heures du Duc de Berry, this would be the first of many books of h

ours decorated by the Limbourg Brothers for the duke.

Less than a decade later, Jean commissioned the trio to illuminate the Très Riches Heures. While the bulk of the book—including most of the calendar leaves —is attributed to the Limbourgs, the brothers (as well as the duke) died before its completion. From 1416, different painters would continue working on the miniatures. While most of these artists are unattributed, historians hypothesize that a contributor once deemed the “Master of Shadows” was Early Netherlandish illuminator Barthélemy van Eyck, while French miniaturist Jean Colombe is confirmed to have finished illustrating the book in 1489. 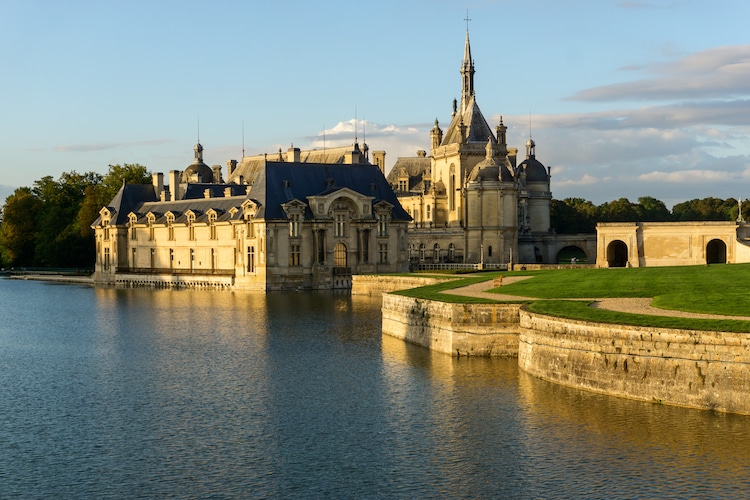 Since its completion, the manuscript has changed hands several times, with owners including Margaret of Austria, a female regent, the Serras, an aristocratic Italian family, and, finally, Henri d'Orléans, Duke of Aumale, an exiled French ruler. In 1871, this nobleman brought the manuscript to his palace, the Château de Chantilly. Today, it remains in the Condé Museum, the chateau's gallery—a location that, by the turn of the 20th century, brought the book out of obscurity and into the spotlight.

Today, the Très Riches Heures is celebrated for the innovations that set it apart from other illuminated works of the time: extravagant decoration, page-sized miniatures, and prolific illustrations. Together, these splendid qualities make the manuscript an important masterpiece of Gothic art—and one of the most precious books in history.