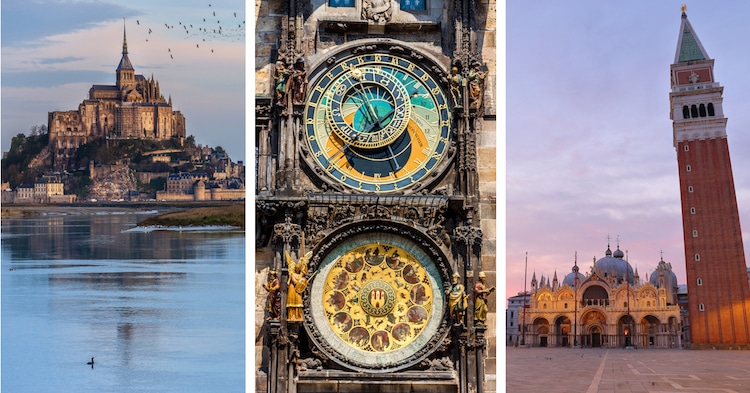 The Middle Ages makes up a major portion of European art history. Starting with the fall of the Roman Empire in the fifth century and ending with the onset of the Renaissance, this period took place over the course of 1,000 years.

During this time, architects, artists, and other creative figures shaped the cities and communes we know and love today. While many of their medieval creations have since been lost, some are still standing today, acting as a window to the past and transporting visitors back in time.

Here, we explore these sites, from a fascinating French island to an exquisite English abbey. 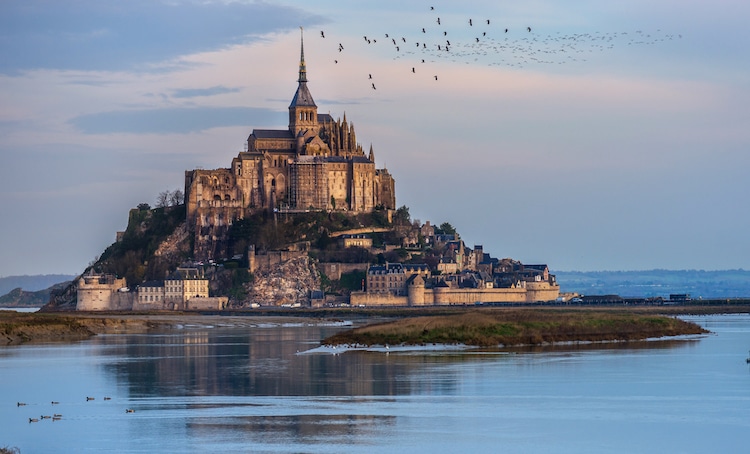 Le Mont-Saint-Michel (“St. Michael's Mount”) is a tidal island located less than one mile off the coast of Normandy. This unique commune has had a fascinating history since it was founded in the 6th century.

Originally called Mont-Tombe, it became known as Mont-Saint-Michel when a bishop christened it with a small church after having a vision of the archangel St. Michael. Centuries later, two major additions transformed the island into what we see today: the abbey in 966 and the wall in the 13th century.

Featuring elements of both Romanesque and Gothic styles, the towering abbey epitomizes French architecture of the Middle Ages. Similarly, the still-standing wall is a prime example of the many fortifications that were erected in medieval Europe.

The island has been a UNESCO World Heritage Site since 1979. Annually, 2.5 million visitors enter its walls to ascend the mount and explore its enchanting abbey. 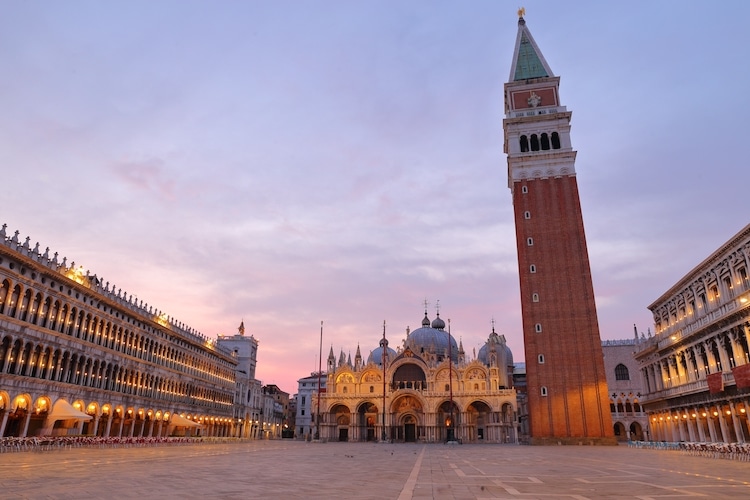 Known as the “Floating City,” canal-connected Venice looks and feels like a fairytale. One specific site that beautifully illustrates this age-old aesthetic is Piazza San Marco, or St. Mark's Square.

Established in the 9th century, this piazza was first occupied by a small chapel. By 1092, however, the site had expanded, accommodating government buildings and St. Mark's Basilica, a Moorish church with an opulent façade and a fluted brick bell tower. Along with the Doge's Palace—a 14th-century Gothic building—this basilica is the square's most recognizable medieval landmark. 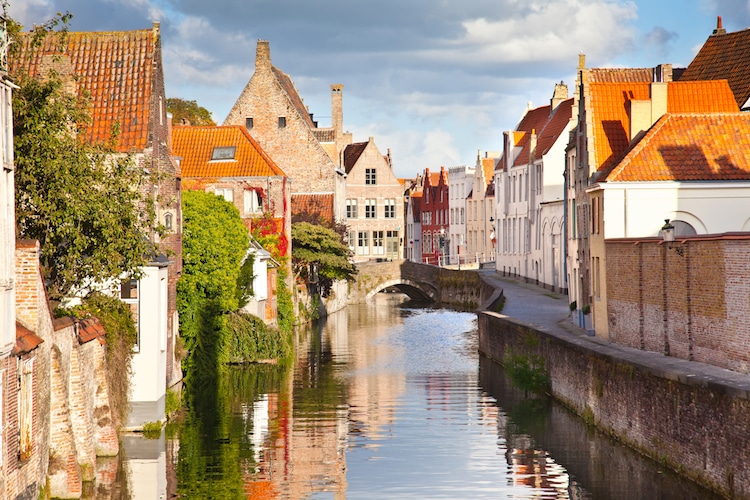 Bruge's canals were built in 1128. Known as the city's “arteries,” they played an important part in the city's development during the Middle Ages, as they offered a rare direct connection to the North Sea. This link facilitated international trade and put Bruges on the map.

While the role of these canals has changed over the centuries, their appearance largely hasn't, making them an excellent way to experience what life was like in medieval Belgium. 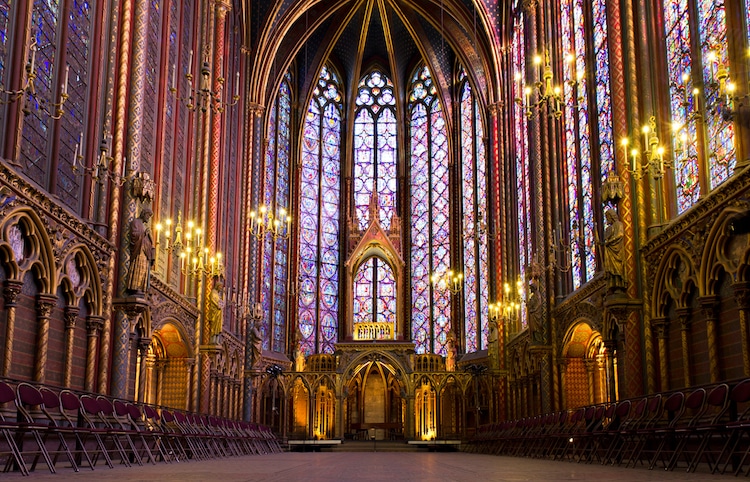 During the Middle Ages, Sainte-Chapelle popped up in Paris. Described as a “gem of Gothic style,” this exquisite church embodies the ethereal aesthetic of 13th-century French architecture.

Louis IX—the only French king canonized a saint—built the church in 1248. It was initially a reliquary, housing some of Catholicism's most treasured artifacts, including the crown of thorns and a fragment of the cross. While it no longer possesses relics (they were moved to the nearby Notre-Dame Cathedral in 1804), it is famed for its dazzling stained glass windows that depict 1,113 biblical scenes in kaleidoscopic color.

Today, this sacred site attracts all kinds of visitors, from wide-eyed worshippers to stained glass-loving sightseers. 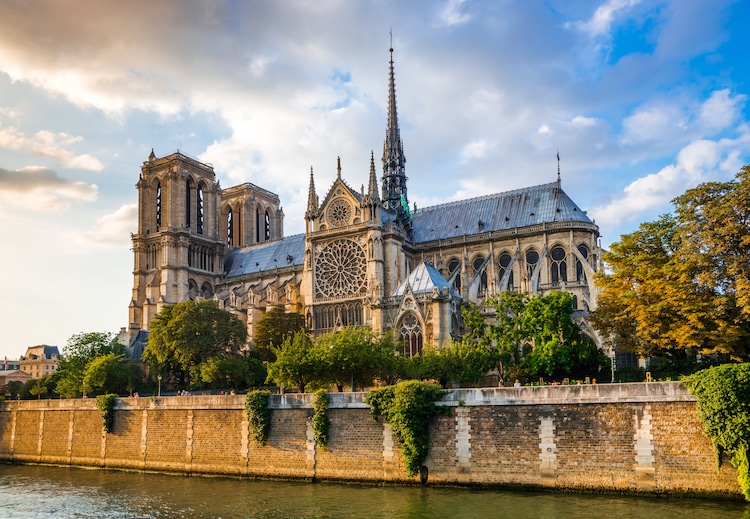 Paris' Notre-Dame Cathedral is one of the world's most well-known medieval marvels. Taking French architecture to heavenly heights, this famous church is celebrated for its innovative design, impressive sculptures, and sky-high stature.

Named “Our Lady” in French, the church was built to honor Mary, Jesus' mother. While construction started in the 1160s, it would not be complete for nearly 200 years. Even since then, the church has been constantly evolving. Stained glass window replacements, major façade cleanings, and the addition of grotesques and gargoyles are just some of the steps taken to enhance this treasured site.

A staple of the Gothic style, Notre-Dame Cathedral is a must-see for anyone interested in architecture. 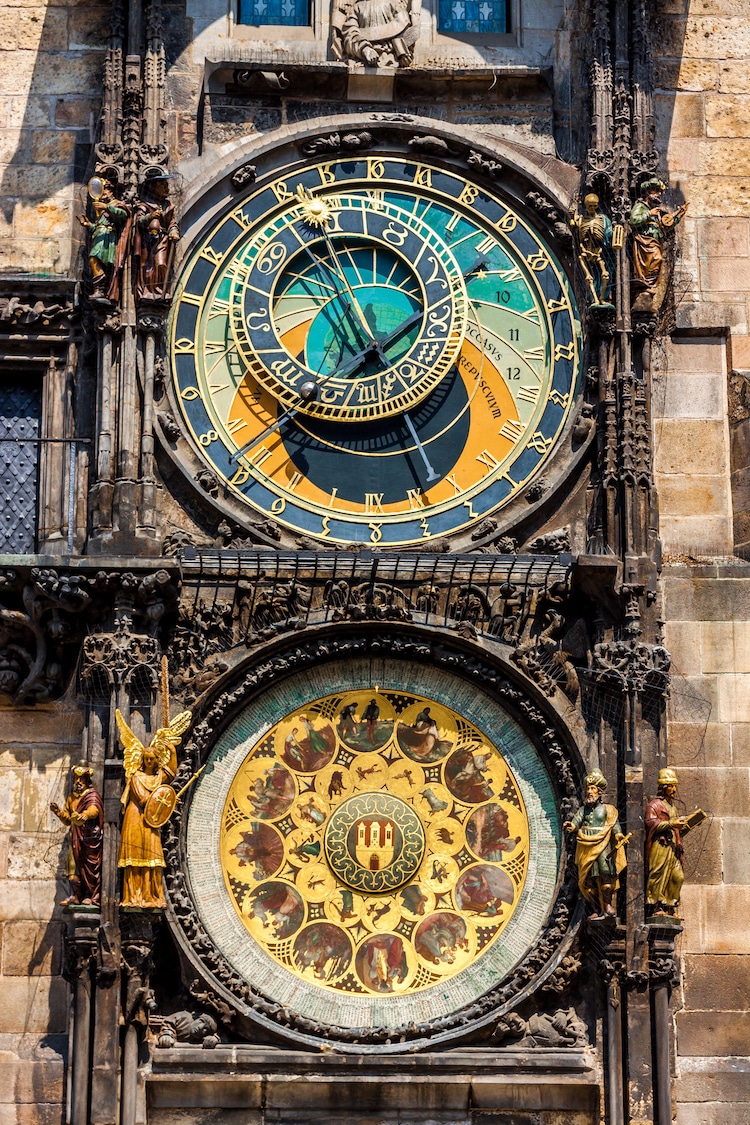 Prague's Old Town Hall is one of the city's most visited monuments. On top of its curious architecture (the building itself is made up of several small houses) and history of restorations, the Old Town Hall is renowned for the Prague Orloj, an astronomical clock that adorns its façade.

This captivating timepiece was perfected over the course of centuries. The mechanical clock and astronomical dial—a tool that traces the position of the sun and moon in real time—were installed in 1410. In 1490, a calendar dial was added, and, in the 1600s, it was embellished with wooden sculptures.

Thanks to regular repairs, the Prague Orloj works today, making it the oldest astronomical clock still in operation. 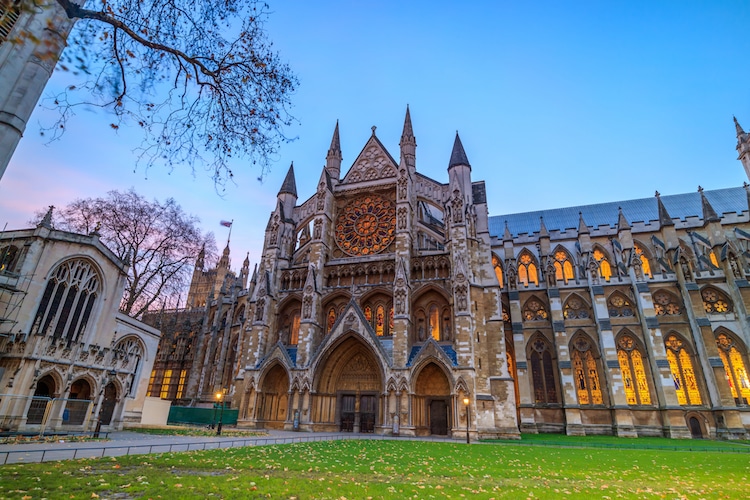 Westminster Abbey serves many purposes. In addition to its role as one of England's most important churches, it is also a burial site for British monarchs and “a treasure house of paintings, stained glass, pavements, textiles and other artifacts.”

Westminster Abbey was established in the 10th century. However, the structure that stands today was largely created in the 13th century under the reign of King Henry III. Since then, both its exquisite interior and Gothic exterior have retained their medieval magic, making the abbey one of London's most visited and beloved landmarks.

Like these medieval marvels? Share
Like My Modern Met on Facebook
Get Our Weekly Newsletter
Become a
My Modern Met Member
As a member, you'll join us in our effort to support the arts.
Become a Member
Explore member benefits