Futuristic Motorcycle Inspired by Tron Up For Sale 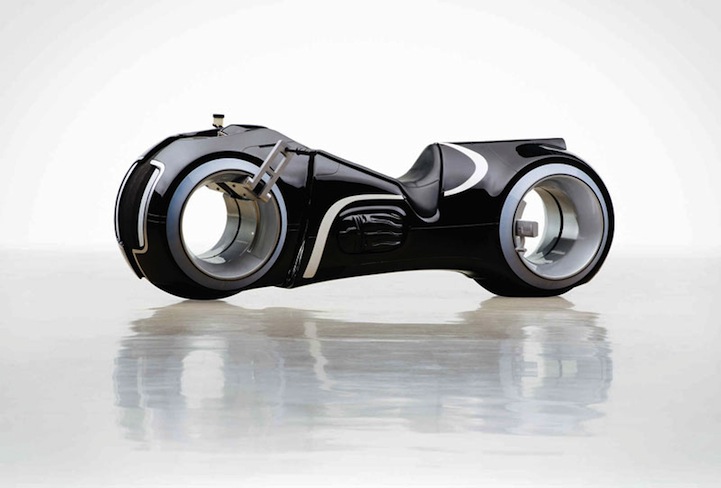 This sleek motorcycle that looks like it jumped out of a frame from Tron: Legacy includes neon lights, futuristic digital technology and a menacing faade. But the best part? It's completely functional and will soon be up for sale. Inspired by the 2010 Disney film, this motorcycle's design is based on the dazzling neon-lit motorcycles that materialize out of thin air on screen. The design has been under wraps for the past three years since its creation. It was reportedly only driven around the company's complex to keep it in working order. Now, the bike is slated to go on the block in May at a Sotheby's auction, where it's expected to bring in $25,000 to $40,000.

The bike's design, drawn up as part of the Andrews Collection, is just as intriguing and forward-thinking as its aesthetics. Lithium batteries power the direct-drive electric motor, which is linked to computer-controlled digital electronic transmission. Billed as the only bike of its kind, this motorcycle would make the ultimate addition to a lucky film buff's memorabilia collection. 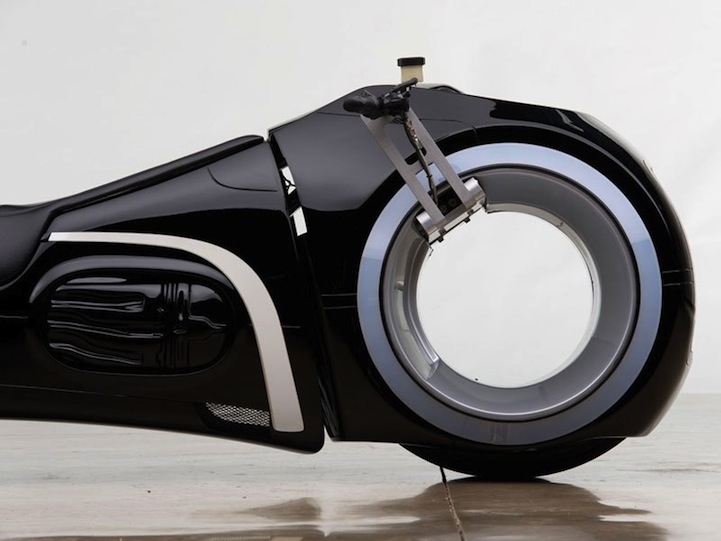 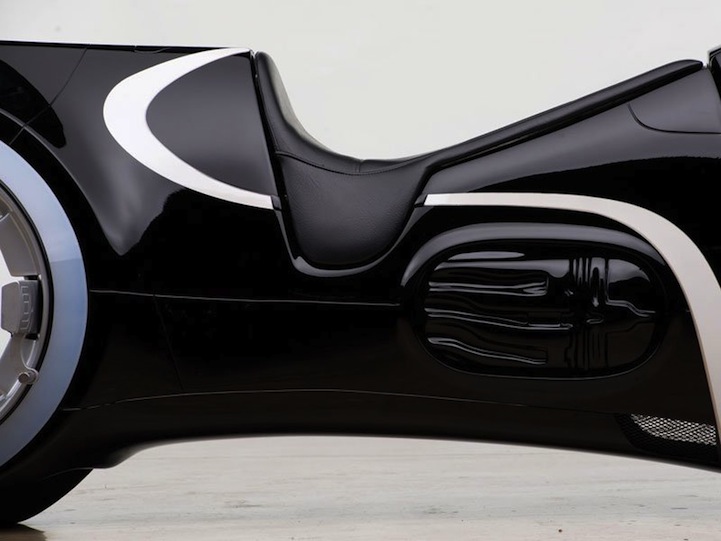 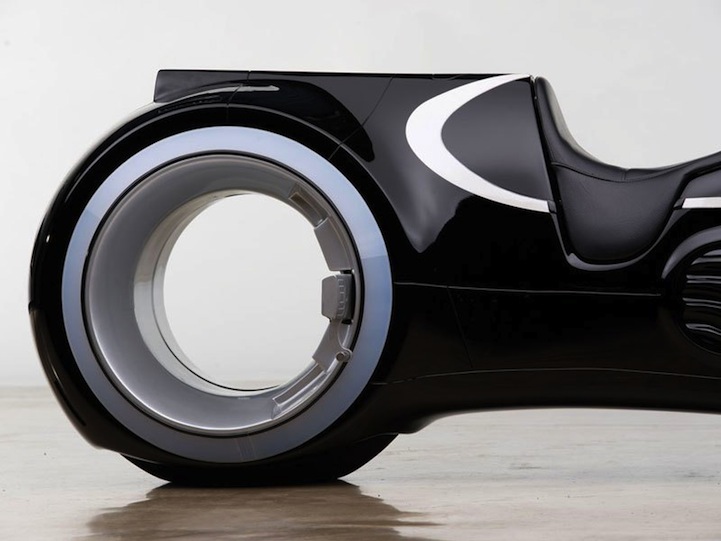 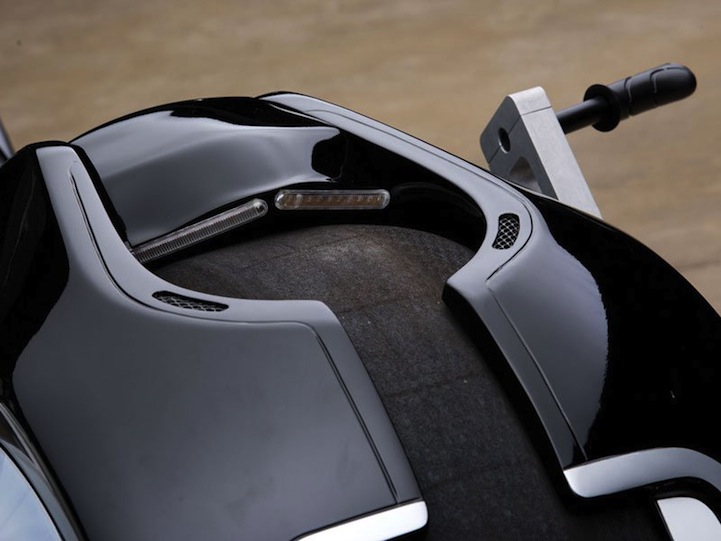 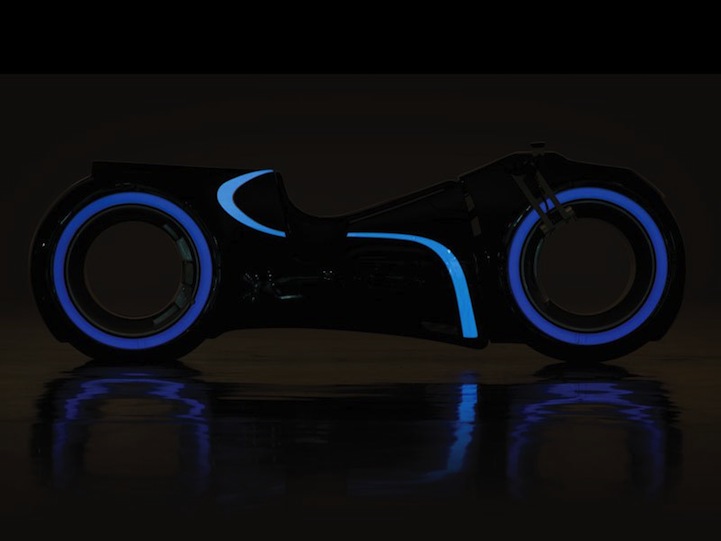