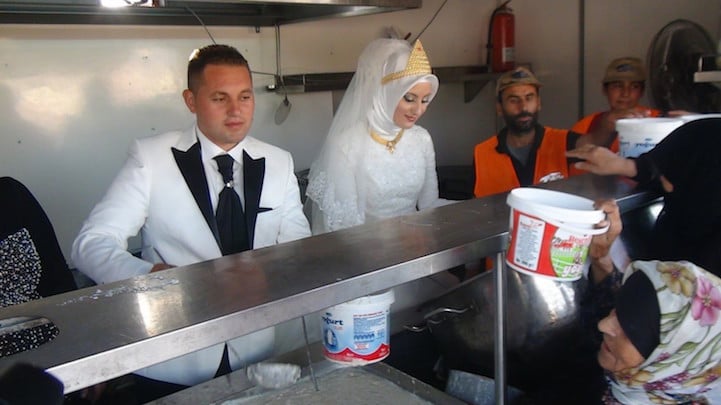 Instead of enjoying a lavish banquet or reception to celebrate their marriage, a Turkish bride and groom spent their wedding day dishing out hot food to 4,000 hungry Syrian refugees.

The couple, Fethullah Üzümcüoğlu, 24, and Esra Polat, 20, tied the knot on July 30 in the southern Turkish city of Kilis, located on the Syrian border. The area is home to thousands of refugees who have fled Syria's bloody civil war, a conflict that has resulted in 4 million refugees leaving their war-torn country in search of shelter elsewhere. For years, the Turkish charity Kimse Yok Mu (KYM) has been feeding the refugees in and around Kilis, and they gained two new helpers last week when Üzümcüoğlu and Polat decided to use the money their families had saved for a wedding party to help those in need, instead. Still clothed in their wedding attire, the selfless bride and groom took their places behind the counter in KYM's food truck and served meals to refugees for most of last Thursday.

Üzümcüoğlu's father, an active volunteer at KYM, came up with the idea of his son and daughter-in-law sharing their special day with the refugees. He said, “I thought that sharing a big delicious dinner with our family and friends was unnecessary, knowing that there are so many people in need living next door. So I came up with this idea and shared it with my son. I’m very happy that he accepted it and they started their new happy journey with such a selfless action.”

“We wanted to help our Syrian brothers,” the newlyweds shared in a statement through KYM. “We’re really surprised that the photos of our wedding dinner went around the world. We didn’t expect that. We would like to thank everyone for the best wishes. We think we’ve made an investment in happiness by sharing our dinner with Syrian refugees living in our city.” The groom, who told a KYM spokeswoman that distributing the meals to refugees was the best moment of his wedding day, is happy to report that his and his bride's generous actions have inspired many of his friends to give back to those in need when they get married. 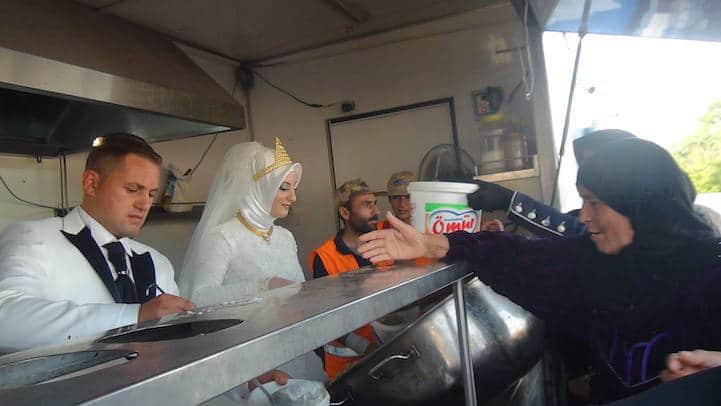 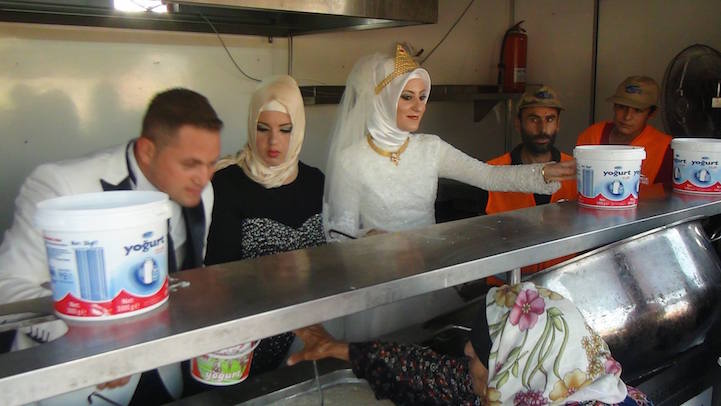 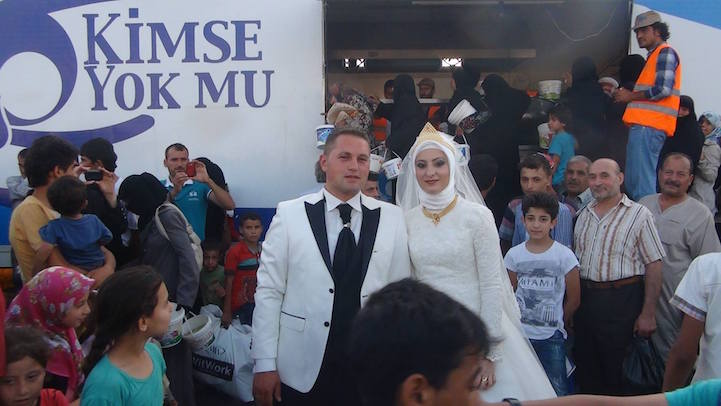 via [Mashable, The Independent]

All images by Kimse Yok Mu