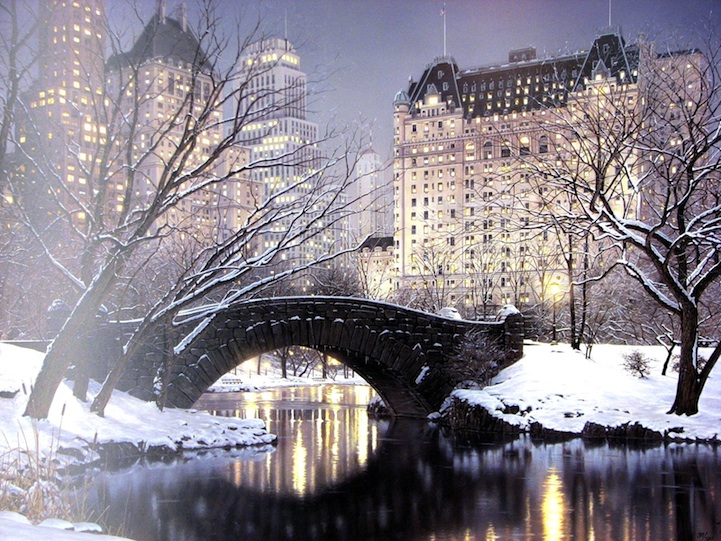 I came across this beautiful photorealistic painting called Twilight in Central Park, by artist Rod Chase, and thought it just perfectly encapsulated that magical feeling of wintertime in New York City.

“After 11 paintings in the Foundations of Freedom series, artist Rod Chase has moved on to New York City. Again, he has found just the right spot – the Gapstow Bridge in Central Park with the Plaza Hotel in the background. Twinkling lights from the city's windows reflect on the dark water in the foreground contrasting their warmth with the crisp cold of a winter evening. Another contrast is evident: the city is alive with activity and yet, it is completely silent and serene from our vantage point in Twilight in Central Park.”