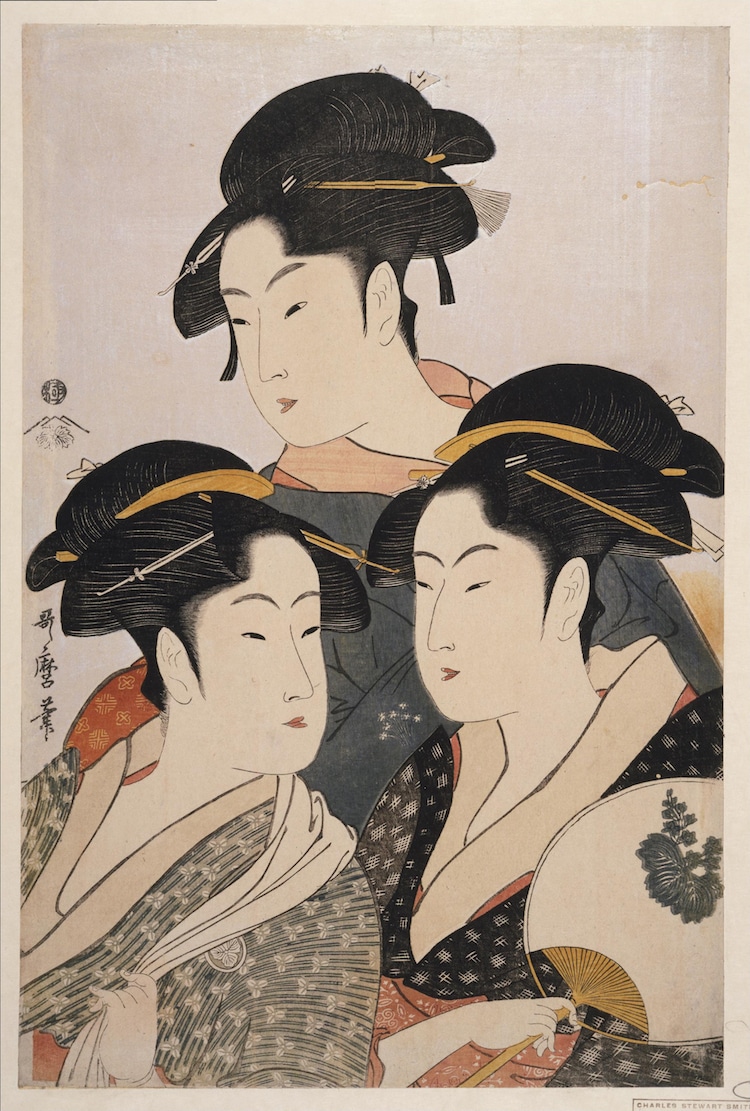 Like western art, one subject that repeatedly appears in Japanese works is the classically beautiful female. Particularly present in woodblock prints, Japanese women—ranging from geishas and courtesans to ordinary individuals—appear to have fascinated artists with their stoic expressions, elaborate garments, and graceful demeanors. 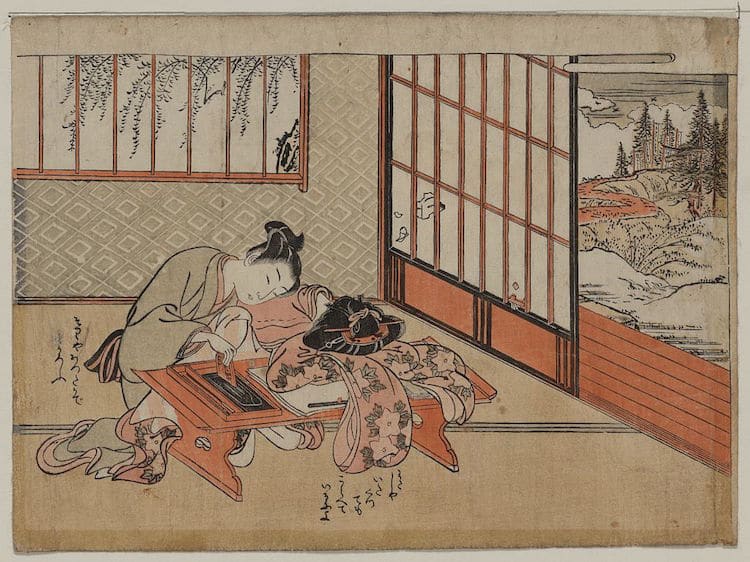 Another subject that appealed to ukiyo-e artists were simple, indoor scenes.

Combining the artists' interests in the clean lines of Japanese architecture and in studying and presenting ordinary life, these depictions often featured individuals inside their homes from a voyeuristic viewpoint. The figures (namely, women) depicted are typically shown performing overlooked, everyday tasks, including bathing, child-minding, and drinking tea. 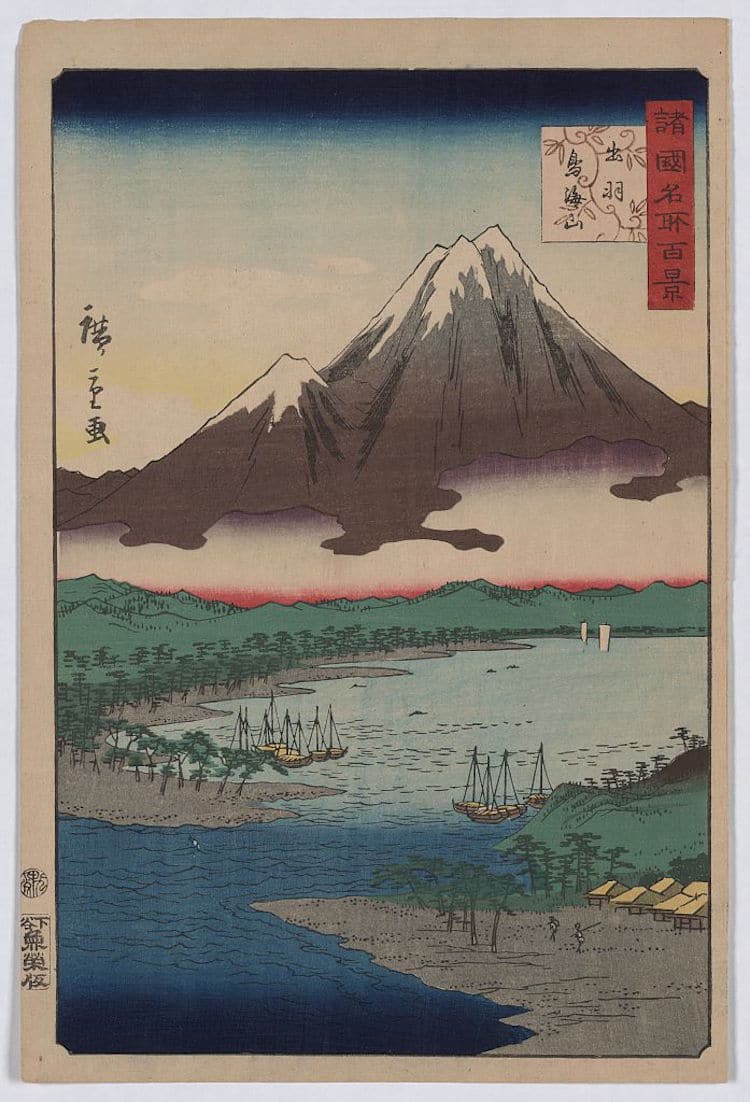 Much like the Chinese printmakers who inspired them, Japanese artists often explored the majestic beauty of nature in their pieces. Hiroshige was particularly known for his fascination with Japan's mountainous landscape, as evident in his depiction of Mount Chōkai.

In addition to sweeping landscapes and monumental landforms, artists also exhibited their reverence for nature through exquisite portrayals of flora and fauna. While blooming flowers and elegant birds often appear in these pieces, artists also favored cats, fish, and blossoming trees. 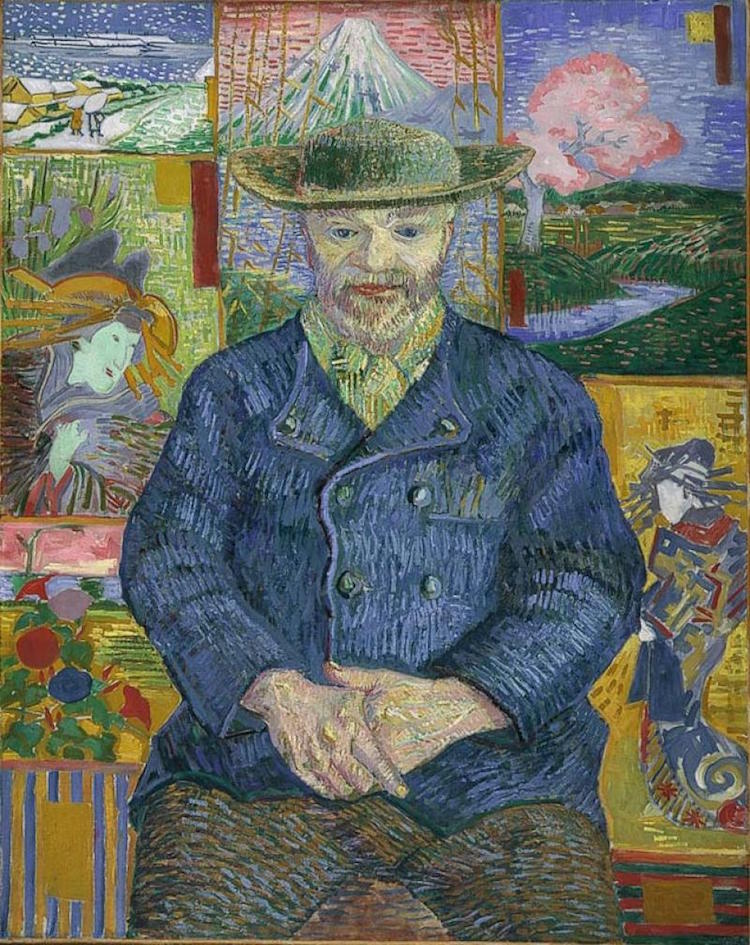 Today, these ethereal woodblock prints are nearly synonymous with Japanese art of the Edo period. In addition to their profound place in the realm of Asian art, these works also played a significant role in western art of the 19th century. In the late 1800s, Post-Impressionist artists like Vincent van Gogh adopted and embraced aspects of the practice, including subject matter and flat perspective, respectively.

Additionally, contemporary artists often seek to emulate the look of these masterpieces, which inspire everything from quirky tattoos to video game illustrations. Of course, some stick to the basics and make their own traditional prints. Want to follow their “floating world” lead? Now you can craft your own DIY woodblock prints. All you need is a handful of supplies, our step-by-step guide, and a mindset of the masters!