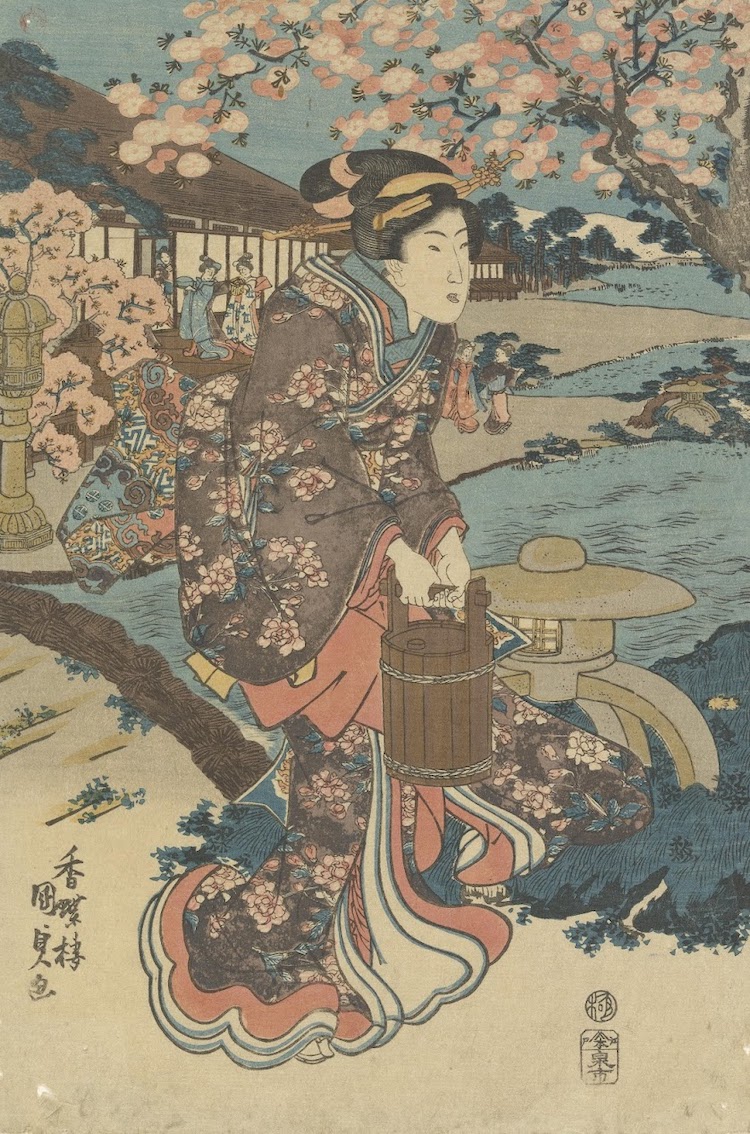 During the second half of the 19th century, interest in Japanese art by Europeans was at an all-time high. This appetite for studying Japanese aesthetics, and its influence on Western art, is known as Japonism. Though closely associated with Impressionist painters like Edgar Degas and Mary Cassatt, Japanese woodblock prints also played a pivotal role in the career of Vincent Van Gogh.

The Dutch painter acquired his first box of prints in Antwerp and tacked them to the walls of his studio. By taking in these exotic influences, Van Gogh hoped to modernize his own art and wrote his brother Theo about the impact of his new discovery. “Japanese art is something like the primitives, like the Greeks, like our old Dutchmen, Rembrandt, Potter, Hals, Vermeer, Ostade, Ruisdael. It doesn’t end.”

Like many artists, Van Gogh was fascinated by the compositions of the prints, which didn't adhere to the standard rules of Western Art. Japanese artists were not afraid to crop out elements, exclude the horizon, use unusual color combinations, and leave space in the middle foreground of their work. Van Gogh began to adopt some of these principles as he learned that the Japanese aesthetics freed him from the rigid compositional rules typically employed by European artists. 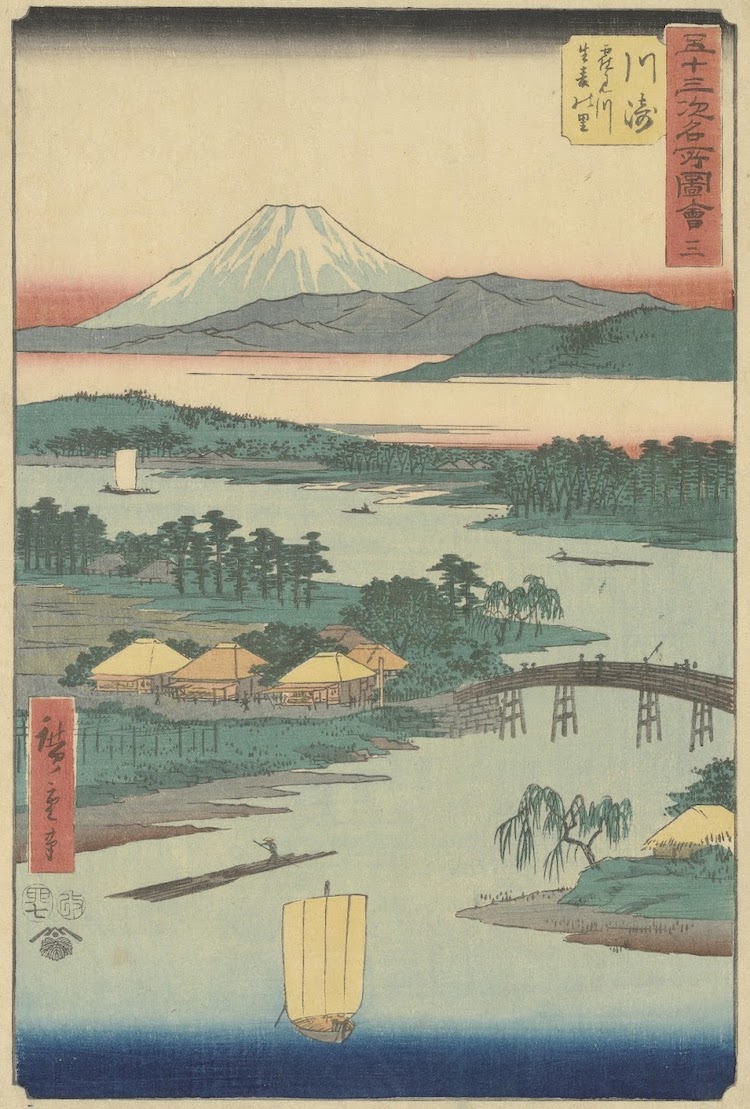 “Kawasaki: The Village of Namamugi on the Tsurumi River,” no. 3 from the series Collection of Illustrations of Famous Places near the Fifty-Three Stations [Along the Tōkaidō]. Utagawa Hiroshige (1797 – 1858), Edo, seventh month 1855

“Look, we love Japanese painting, we’ve experienced its influence—all the Impressionists have that in common—and we wouldn’t go to Japan, in other words, to what is the equivalent of Japan, the south [of France]? So I believe that the future of the new art still lies in the south after all,” Van Gogh wrote his brother Theo from Arles in 1888.

Van Gogh was an avid collector of ukiyo-e from the time of his first purchase in Antwerp, mentioning in his letters that he owned “hundreds” of prints. Now, the Van Gogh Museum has digitized 500 of his woodblock prints, making them available for download. To accompany the work, they've also written a beautiful visual essay about the impact of Japanese art on Van Gogh's work. Unfortunately, Van Gogh's collection isn't 100% complete. About 100 or so of the woodblock prints he owned are missing, most likely due to the artist swapping them with friends.

The Van Gogh Japanese woodblock print collection is organized by theme, technique, artist, and style for easy browsing. In conjunction with the online database, the museum also published Japanese Prints. The Collection of Vincent Van Gogh Collection, which further explores the impact of Japanese art on the artist. 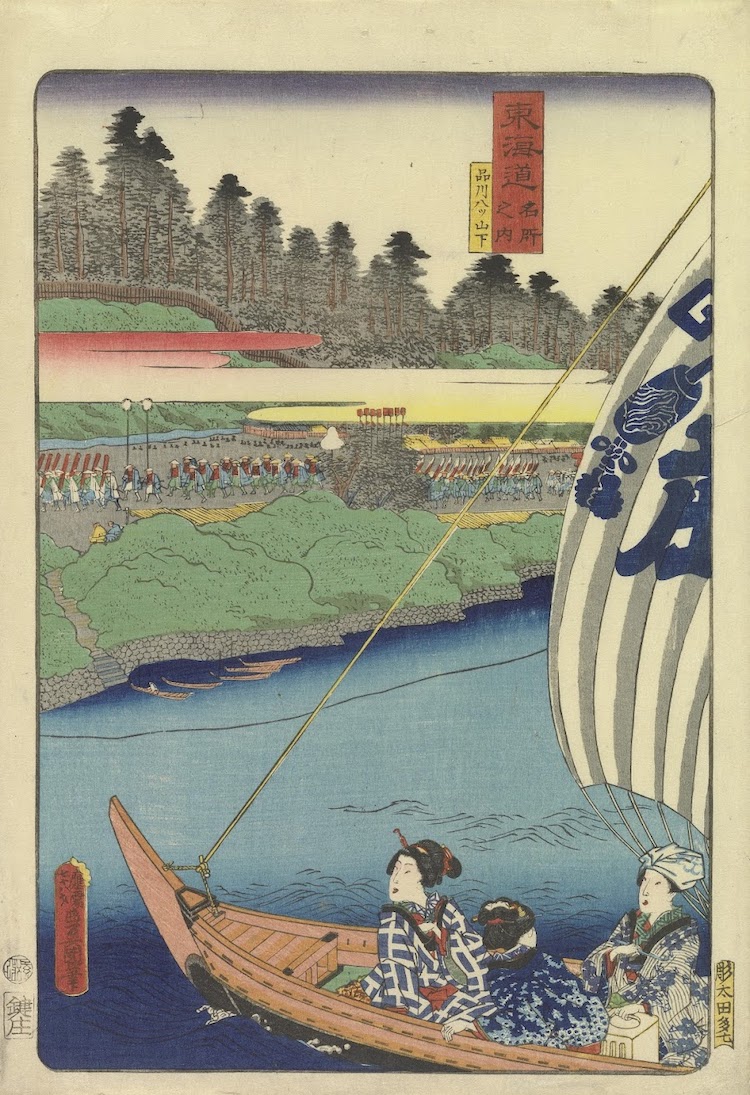 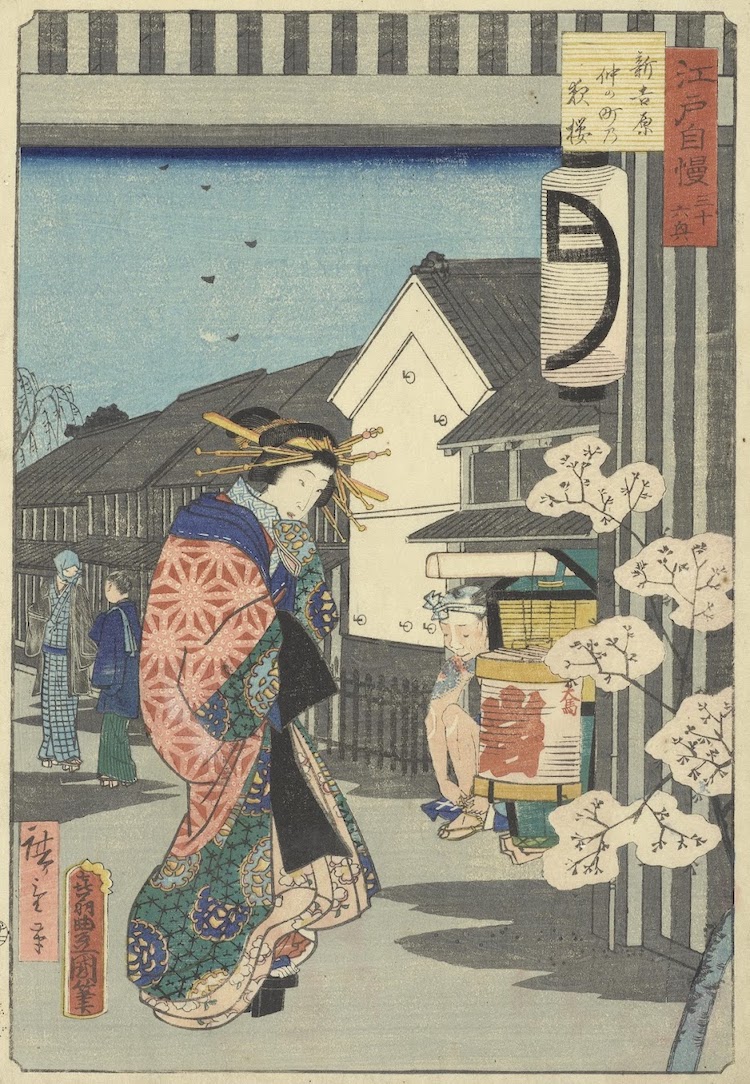 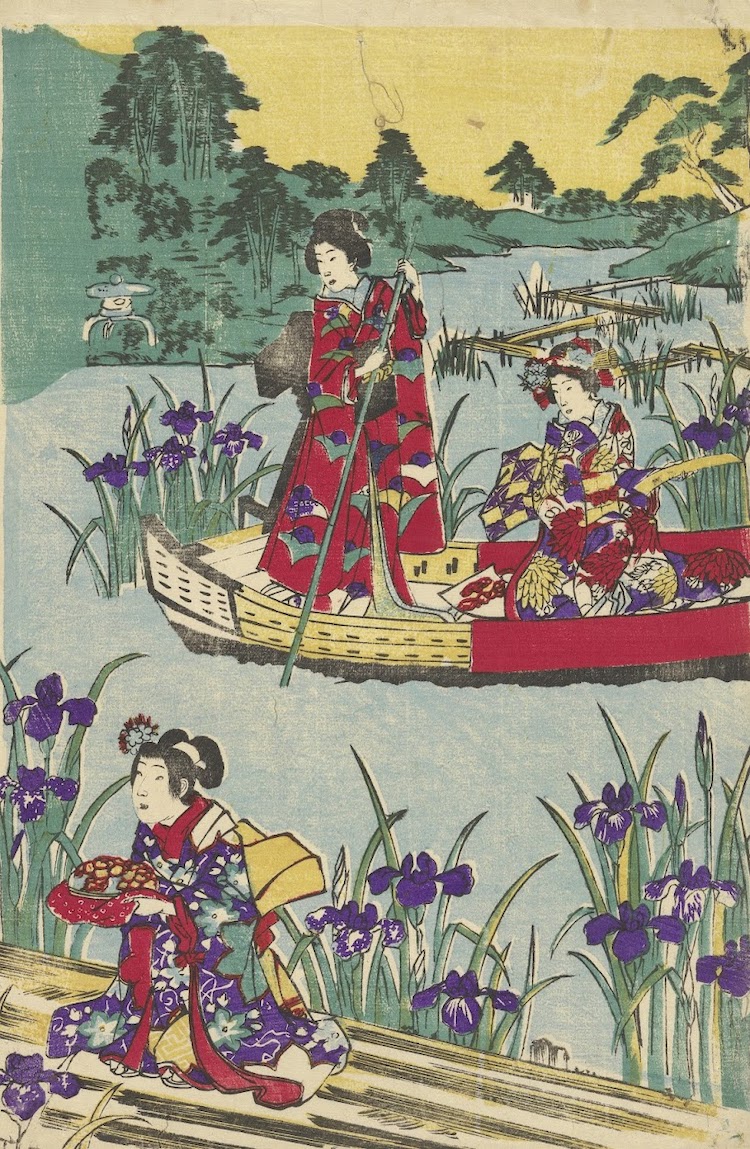 “Girl Attendant on Bridge and Two Women on a Boat,” right sheet of a triptych. Tokyo, c. 1865

All images via the Van Gogh Museum.