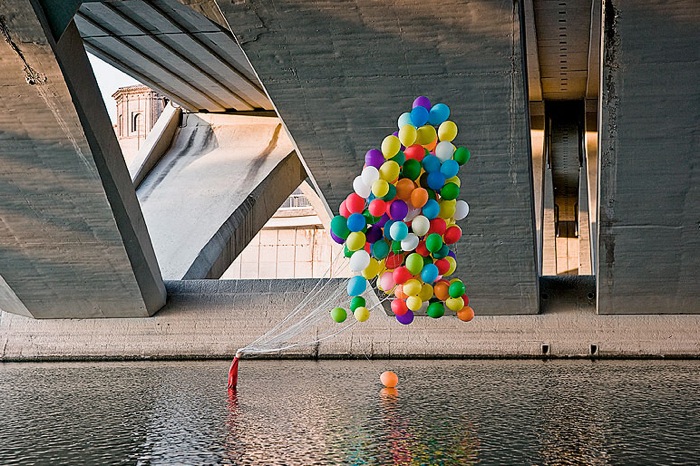 Balloon Boy is back! Looks like this attempt to get off the ground is going just as bad as the last, if not worse. This amusing piece is by Madrid-based street artist, SpY. His first actions appeared in the middle eighties. Shortly after, already a national reference as a graffiti artist, he started to work with other forms of artistic communication in the street: large posters, modified billboards, interventions that were experimental in the first nineties. His work consists in the playful reappropriation of urban elements, that he replicates or transforms, and then installs in the street. SpY's pieces are meant to shake up the equilibrium of an urban dweller. His work is full of irony and a positive sense of humor and seek to inspire a smile and a thought. SpY's website