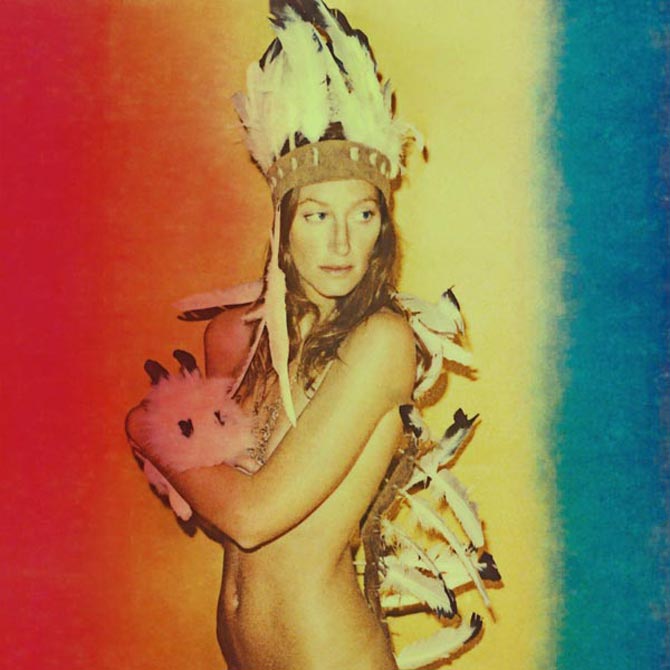 It's hard not to be completely mesmerized by Neil Krug's '50s-'70s style photography. However, when you learn that the beautiful model in these shots was his girlfriend (now wife), it makes the story all the more compelling. Taken by Polaroid film, each photo tells a story filled with mystery and intrigue.

When Krug first debuted his photos online, he had no idea that they would become such a sensation. As he tells us, “Online attention was almost immediate and widespread and it quickly led to multiple interviews with magazines and newspapers. The idea for doing a book evolved after we noticed the online attention.” The New York Times even featured his series in 2009, describing his photos as having that “kind of grainy, sun-scorched feel of a Sergio Leone spaghetti western.”

We caught up with the talented photographer to ask him a few questions. Read that interview, below, after experiencing his incredibly interesting work. 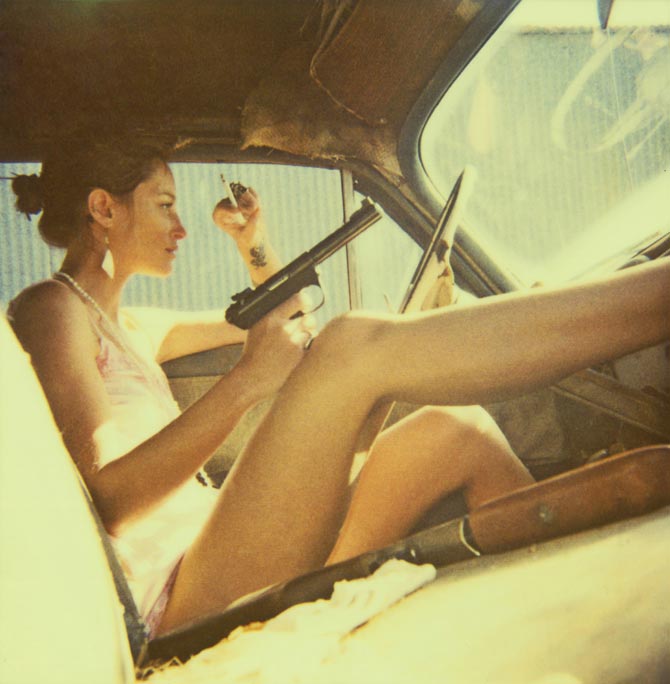 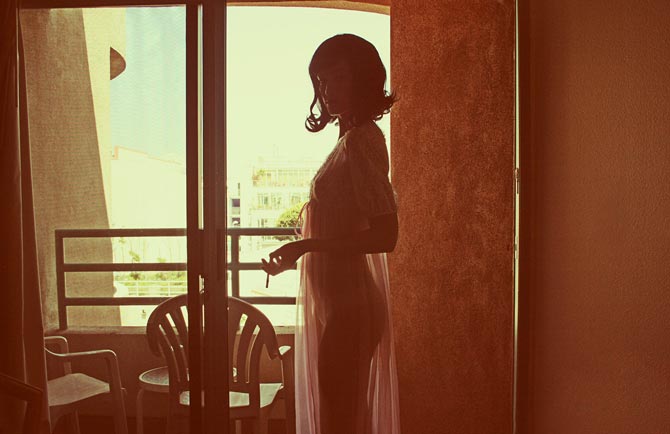 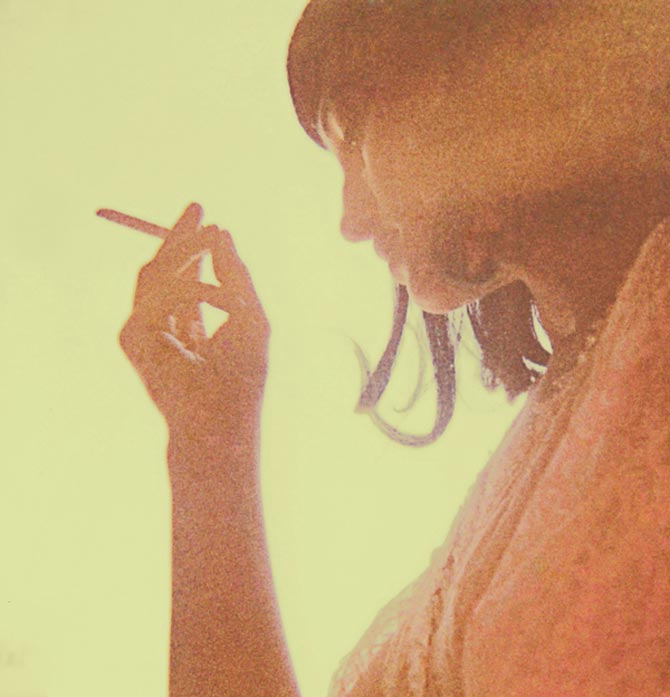 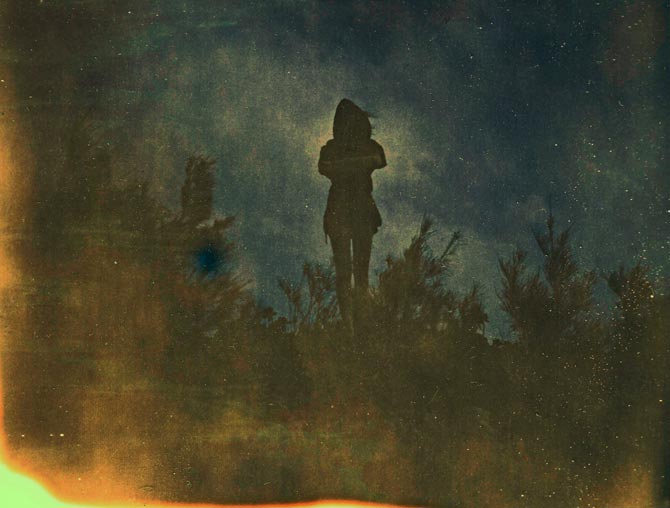 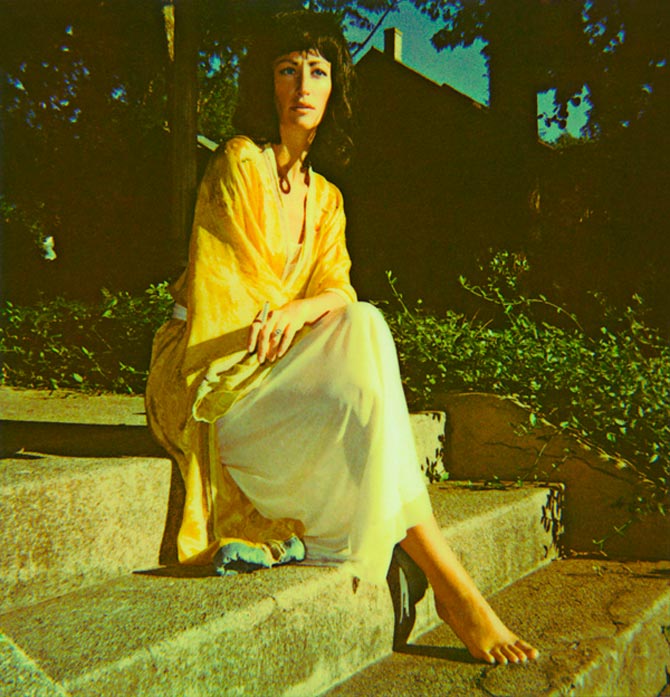 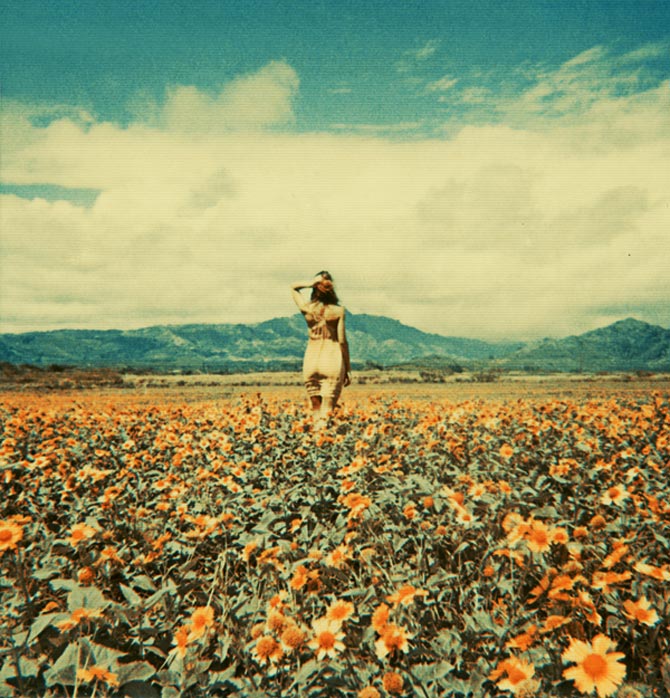 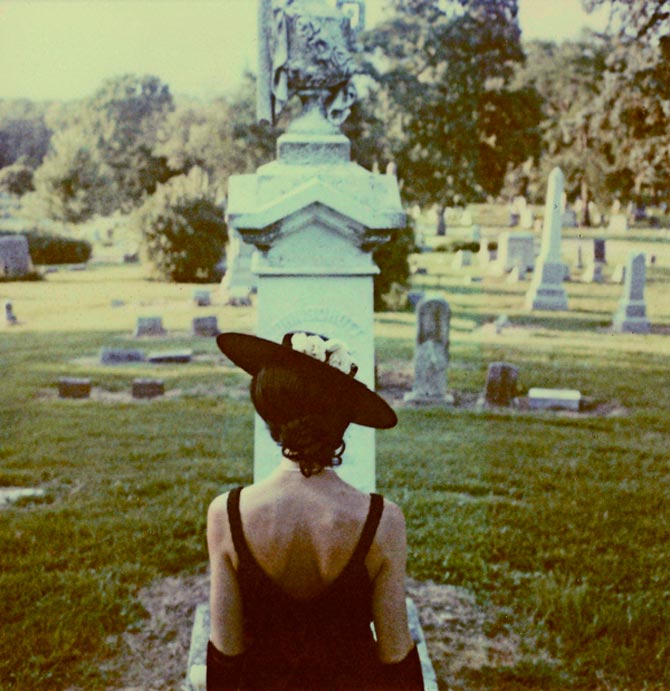 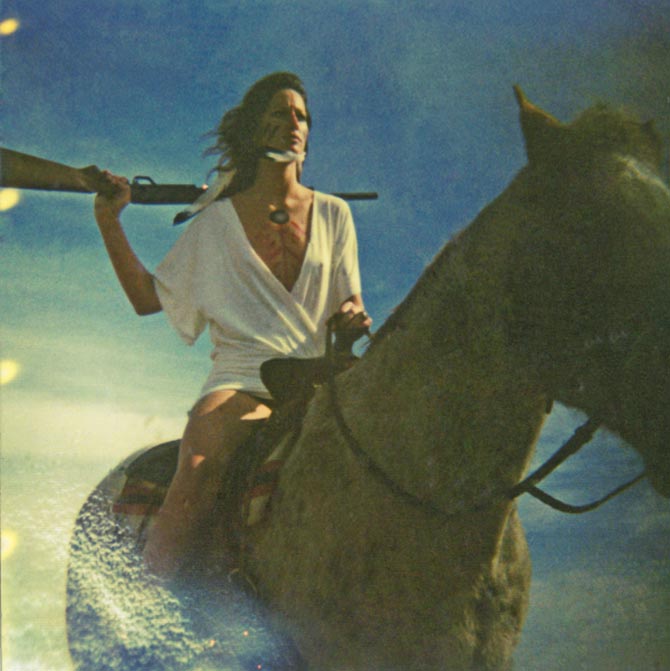 I heard you were inspired by the '60s and '70s in this series. What about these decades interested you the most?
I've always been a fan of the cinema from those decades. There was a great deal of experimentation during that period of time especially towards the late sixties. If you look at the films Bonnie & Clyde or Fellini's Juliet of the Spirits, you'll notice the change in the way filmmakers were approaching the visual content of their stories. Films like Straw Dogs and A Clockwork Orange were pushing the envelope graphically, that at the time was uncharted territory. There's too many things for me to go into as to why I love that era, but simply put; it's the music and film that I keep coming back to.

How did the idea come about to center the stories around your girlfriend/now wife?
When Joni and I met we found we both had similar ideas we wanted to shoot and we began to play around with these ideas and it just took off.

What kind of stories are told in the series?
They range from a demise of a '50's housewife, to a series of beautiful nudes, to a shoot-out a la Bonnie & Clyde.

There's definitely an artistic almost cinematic feel to them. How else would you describe them?
The goal was to have each photograph composed like a pulp paperback cover that could stand on its own. Later, we decided to shoot some of the characters in the form of a short film told in photographs. I think having both is a better experience for the viewer and hopefully gives the project longevity.

What is your background – how long have you been taking photos?
Years ago, I was just a dabbler with photography and it wasn't necessarily a medium that was at the forefront of my interests. All through my teenage years and early twenties it was all about directing and getting to a place where I could do that full-time. I think, like most artists, sometimes you're just thrown into something that takes off and before you know it you've forgotten what your original intentions were in the first place. Now I'm at a place where I can't imagine not shooting photos and being involved in the projects that come along with that medium.

What projects are you working on next?
Right now I've just been wrapping my debut feature film entitled Invisible Pyramid. It's a personal project I started in 2007 and hope to finish fairly soon. Joni and I have started a new collaboration that we won't reveal until the spring of 2011. We usually fall into a state of flux after we wrap a big project, so we'll just have to wait and see how things goes.

Thanks so much for the interview, Neil. We absolutely love your work.

If you enjoyed these stunning photos, you can pre-order Neil's Pulp Art book now. It will ship in January.