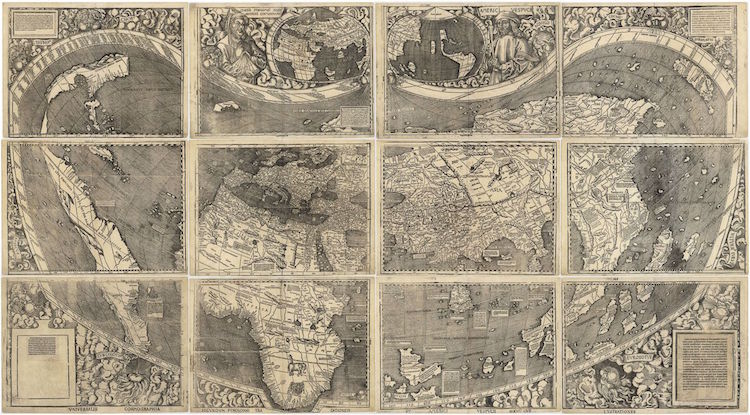 We all know Amerigo Vespucci, the Italian explorer after which the United States was named. But have you ever seen the first map to label parts of the world as America? Created in 1507, the so-called Waldseemüller map holds this distinction. Also known as Universalis Cosmographia, it's composed of 12 separate woodcut prints that were meant to be hung together. Though German cartographer Martin Waldseemüller stated that 1,000 copies were printed, the last known copy is in Washington, D.C. at the Library of Congress.

The precious map, which was rediscovered in Germany in 1901, was purchased by the Library of Congress for $10 million in 2001, and was symbolically turned over by German chancellor Angela Merkel in 2007. It’s now on permanent display in a specially-designed microclimate case.

Waldseemuller’s work is impressive in that it merged Vespucci’s recent discoveries with existing knowledge. Rather than omitting unexplored areas, he subscribed to the philosophy of theoretical geography. This allowed him to apply theory to areas of the world where information was lacking. In fact, it’s not the United States that’s labeled America on the Universalis Cosmographia. Unexplored parts of North America is named Parias. Instead, he baptized the South American coast stretching just south of São Paulo, Brazil with Vespucci’s modified name—America. 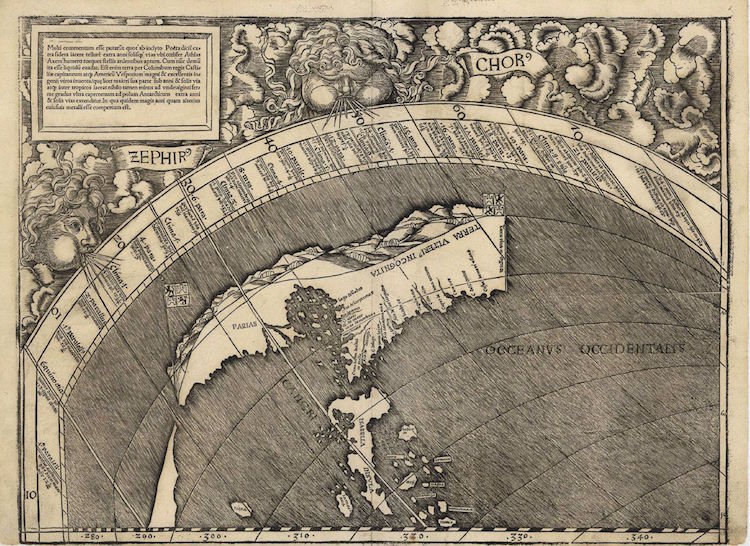 Florida and the islands of the Caribbean. 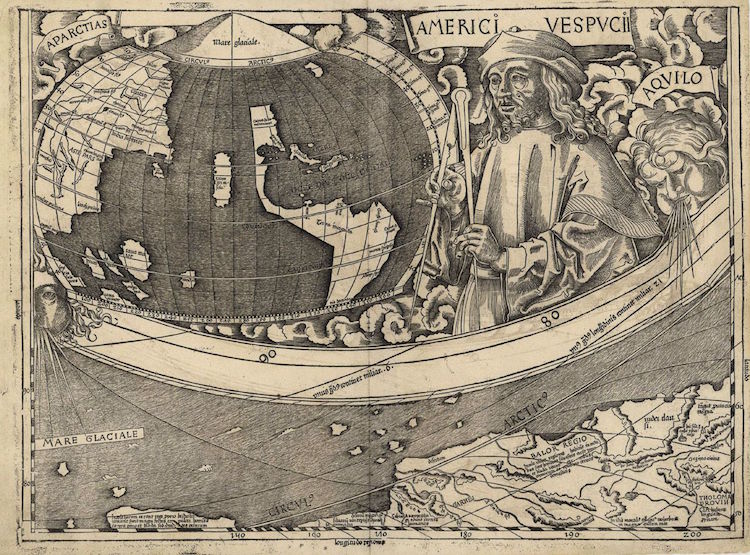 The Arctic coast of the Asian continent along with a miniature map of the known American continent. 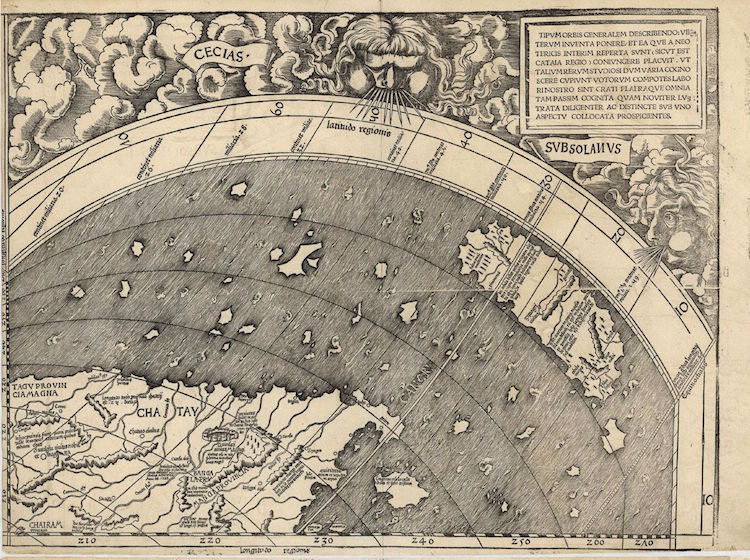 The east coast of Asia. 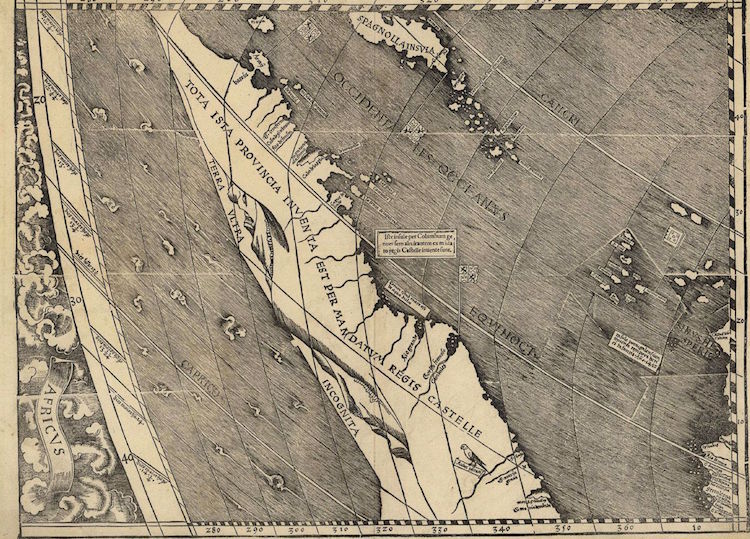 The northeastern coast of South America, with Hispaniola and other Caribbean islands and Cape Verde off of Africa. 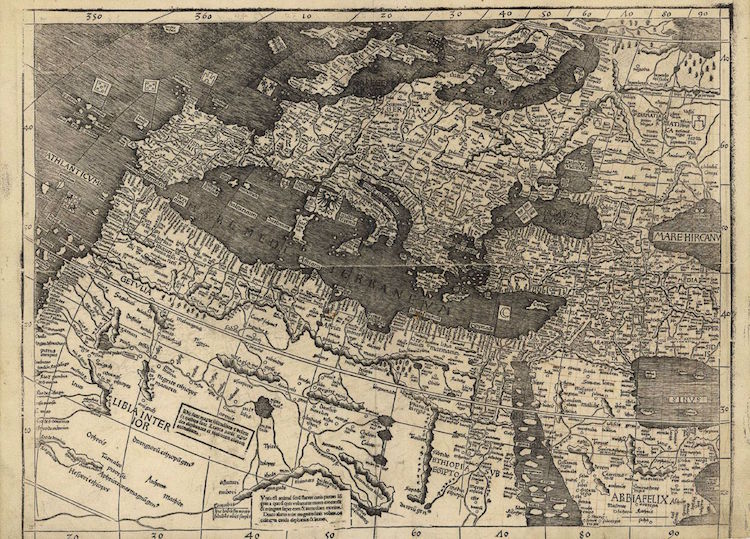 Europe, the Mediterranean and North Africa. 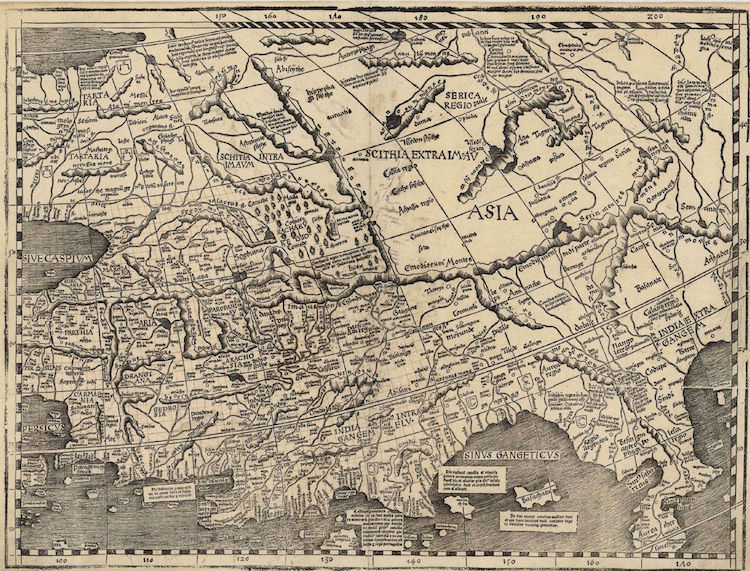 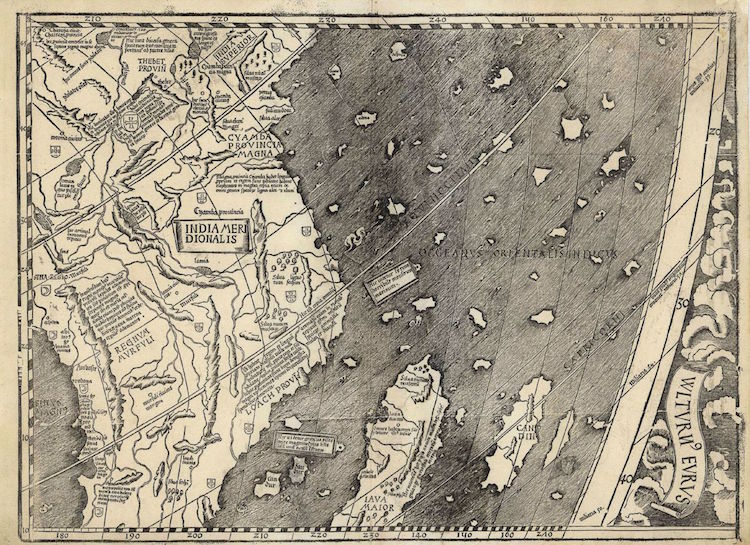 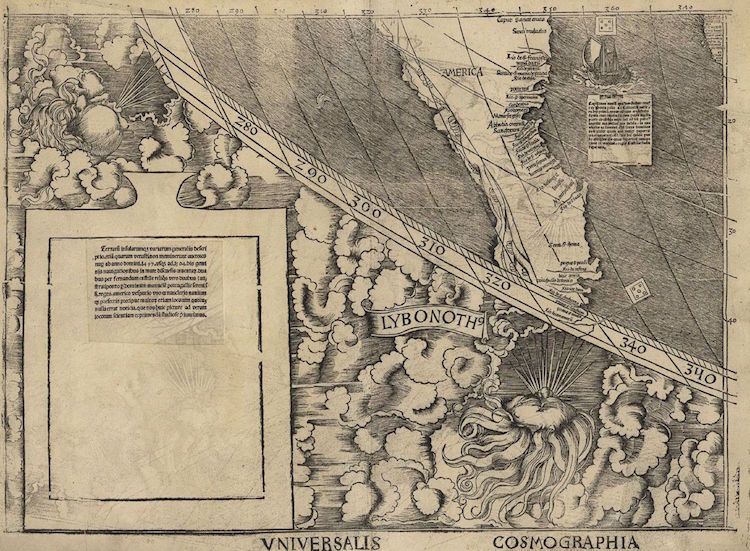 The east coast of South America, the first known instance of “America” being used in a document. 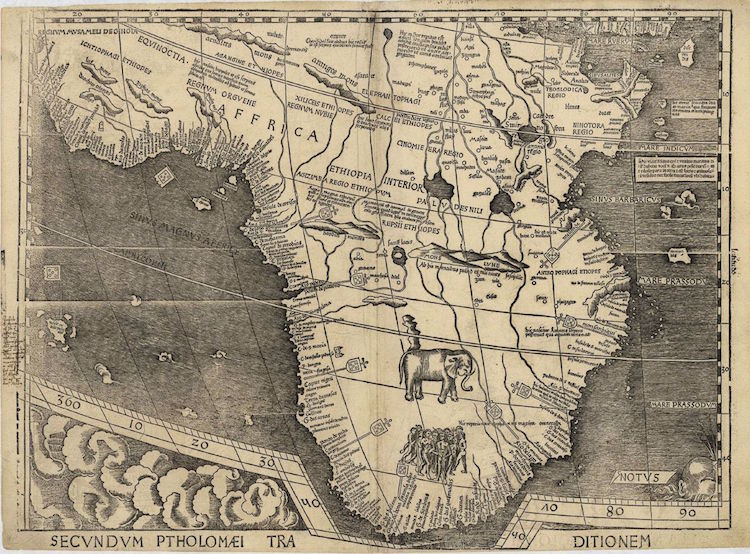 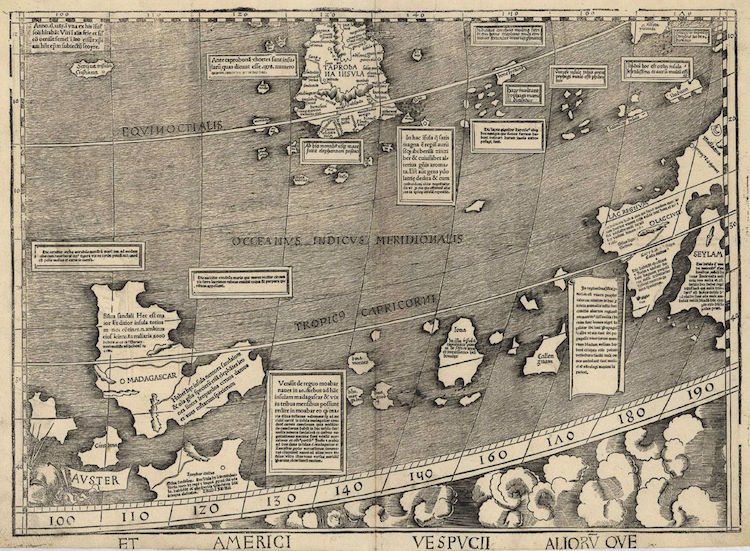 Madagascar and the Indian Ocean. 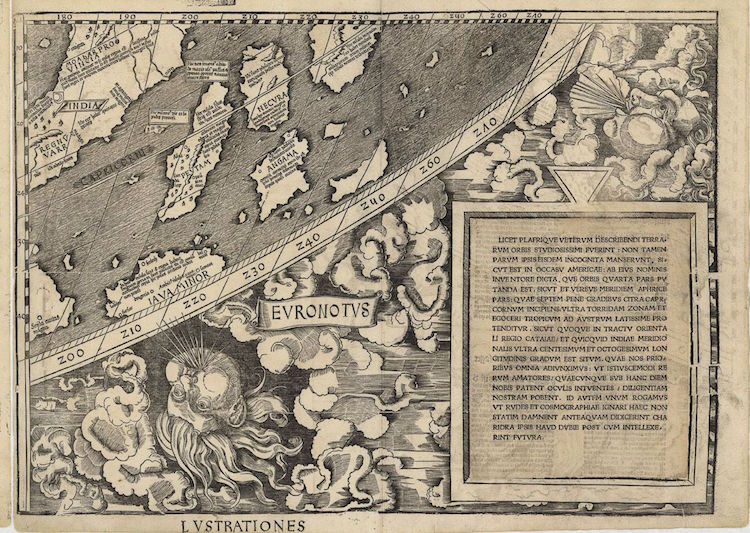 All images via the Library of Congress.