Home / Design / EmbroideryUltimate Guide to Embroidery: How It Started and How You Can Get Started Today 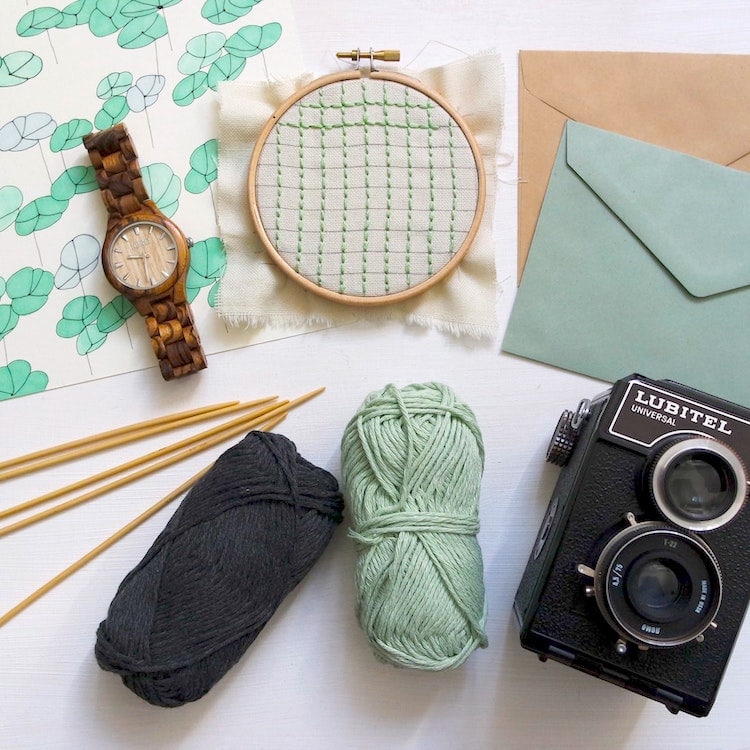 Photo: Giulia Bertelli
This post may contain affiliate links. If you make a purchase, My Modern Met may earn an affiliate commission. Please read our disclosure for more info.

For millennia, crafters have continuously found ways to turn everyday objects into works of art. While this interest has culminated in a myriad of decorative art forms, none has resonated quite as strongly as embroidery.

The story of embroidery is the story of the world. Embroidery has existed, in some form, in every population across the globe. Whether it’s displayed on clothing, home goods, or as an artwork, it’s a timeless craft that is an integral part of our material culture.

Prevalent in cultures across the globe, embroidery has developed into one of the world’s most beloved crafts. Today, many contemporary creatives continue to carry out the age-old practice, making it a popular choice for experienced crafters and aspiring artisans alike.

If you’re interested in mastering this ancient handcraft, our ultimate guide to embroidery has all of the information and resources you need to become an embroidery expert—beginning, of course, with the most basic question: what is embroidery?

You’re already familiar with embroidery—even if you had never realized it. Simply put, the definition of embroidery is the art of applying decorative designs onto fabric using a needle. These motifs are traditionally rendered in thread and are composed of different kinds of stitches.

Embellishments like beads, sequins, and pearls can also be incorporated into the composition, which is oftentimes circular in shape due to the special hoops typically used to keep the fabric taut. However, some artists go beyond the hoop to embroider in places you’d never expect, such as metal surfaces or even tennis rackets.

Embroidery has been around forever—and that’s not an exaggeration. You can also thank the Greek goddess Athena for embroidery’s legacy. She’s credited with passing it down, in addition to weaving. With such a high-and-mighty figure associated with embroidery, it should come as no surprise that the practice was associated with wealthy people. In medieval England, for instance, professional workshops and guilds produced garments made of fine silks for high society families. But they weren’t all for the upper crust; there were folk art movements in eastern Europe, the UK, East Asia, and South America that catered to nonprofessionals.

Much like the aesthetic capabilities of the craft itself, the history of embroidery is varied. It’s an ancient craft that first had a practical purpose of repairing clothing. Because garments were so expensive to produce, items of clothing were rarely thrown out; they were mended instead. Over time, this practicality evolved into more of an expression through decorative arts. Here, we trace its evolution by exploring many of the cultures that have shaped it.

The practice of embroidering textiles can be traced as far back as 30,000 BCE.

In 1964, archaeologists excavated the fossilized remains of a hunter clad in embroidered garments in Sungir, a late Paleolithic burial site in Russia. The huntsman’s fur clothing and boots were decorated with hand-stitched rows of ivory beads, serving as the oldest known evidence of the craft. 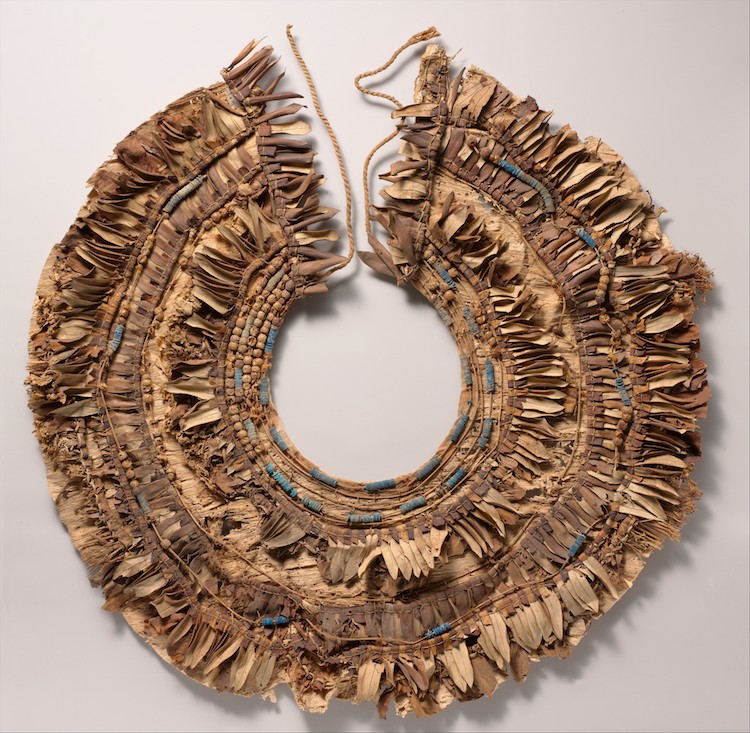 By the 14th century BCE, the artistic practice was also prominent in ancient Egypt. The most well-known examples of embroidery from this period are King Tutankhamun’s hand-stitched treasures. Buried along with the pharaoh, these pieces include ceremonial tunics, a decorative leopard skin, and a particularly well-preserved floral collar featuring “alternating rows of flower petals and blossoms, leaves, berries, and blue faience beads sewn to a papyrus backing.”

China in the Warring States Period

Embroidered textiles have also been uncovered in 4th-century BCE tombs in China. The oldest examples of embroidery from this period were found in a burial chamber in Mashan in the Hubei province.

Described as “a treasure house of silk,” the site housed well-preserved ritual garments decorated with colorful, stitched patterns and mythical motifs like dragons and phoenixes. 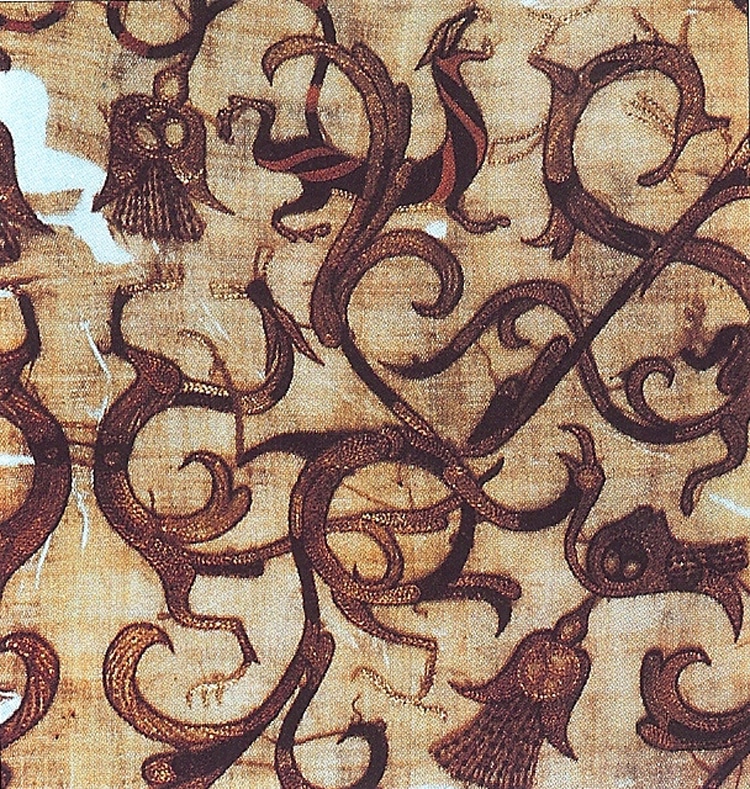 Japan During the Kofun Period

In the 7th century, embroidery emerged in Japan. Adopted from its Chinese equivalent, nihon shishu (Japanese embroidery), was first used exclusively for religious depictions—namely, to portray Buddha. However, from the 14th century onward, embroidery techniques were used to decorate everyday textiles, including traditional Bugaku dance costumes and other secular garments.

Crafted in the 11th century and famous for its scale and craftsmanship, the Bayeux Tapestry is arguably the most famous work of embroidered art in the world. Featuring wool yarn on a linen backdrop, the 230-foot-long linen textile colorfully details the Battle of Hastings in 1066 and the Normans’ consequent conquest of England.

Scene 23 of the Bayeux Tapestry (Photo: Lucas via Flickr CC BY 2.0) 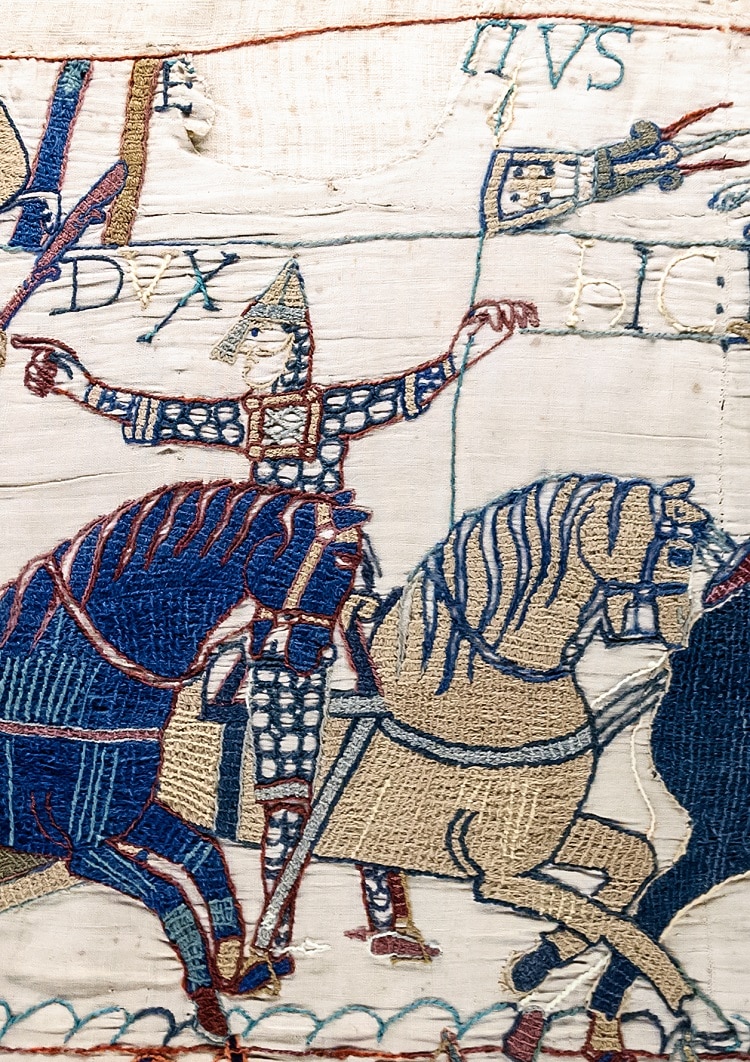 Photo: By Myrabella (Own work) [Public domain or CC0], via Wikimedia Commons
Bayeux Embroidery, created in the 11th century. Measuring about 230 feet long, this section is of scenes 55 and 56.

India in the Mughal Period

In the 16th century, embroidery flourished in India. Ari, or “hook,” needlework proved particularly popular, as its delicate aesthetic was favored by Mughal royalty. Initially used to embellish leather, this style of embroidery was eventually adapted for wall hangings and garments, including saris.

By the 18th century, ari work was “identified as among the most lucrative goods for export,” as the hook-stitch style (known in Europe as “tambour stitching”) became increasingly popular in Britain and France.

The Industrial Revolution of the late 18th and early 19th centuries changed the face of embroidery. Automation brought on by machines allowed for textiles, including embroidery, to be produced en masse. In the mid-1800s, France paved the way for a future of machine-made embroidery. In doing this, it made the technique cheaper and easier to produce. This innovation radically altered the craft, as it lowered production costs and, consequently, made it available to the masses.

How is Embroidery Used Today?

Embroidery has experienced a resurgence over the past 10 years. Some, like author Rozsika Parker in her book The Subversive Stitch, say that its boost coincides with the Great Recession that happened in the late aughts. 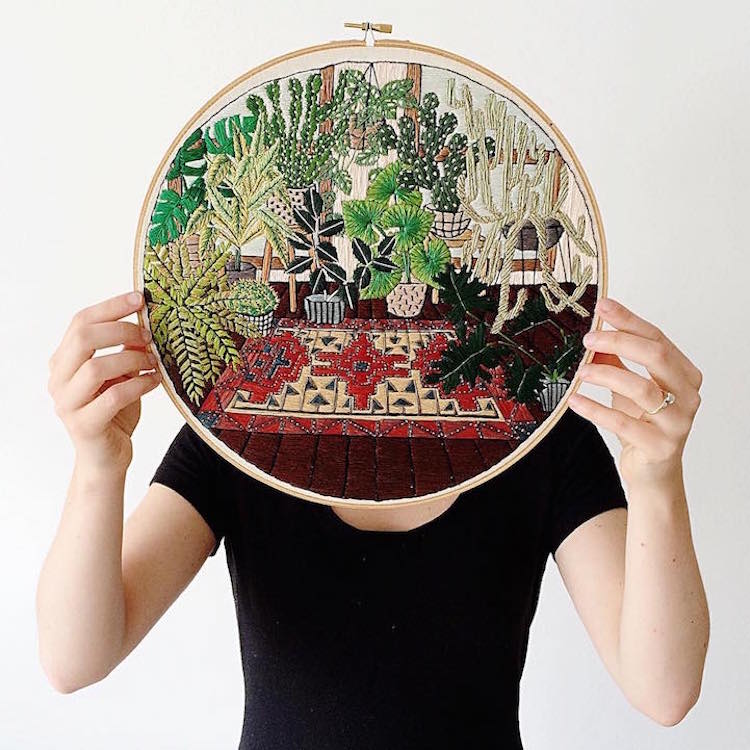 The desire to return to things that were handmade was bolstered by the economic downturn. DIYing what you couldn’t afford was a major trend at this time—and it still exists today. But beyond the practicality of embroidering as decoration, individual artists create highly collectible works that people love to display in their home.

Next: Different Types of Embroidery

Have you ever tried embroidery? 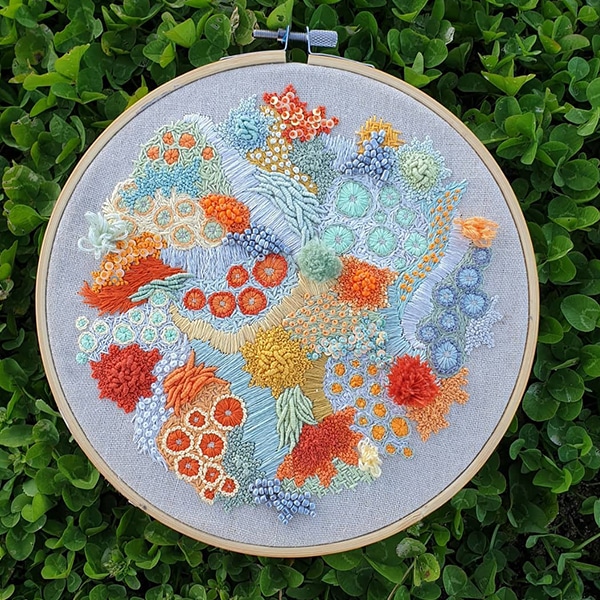 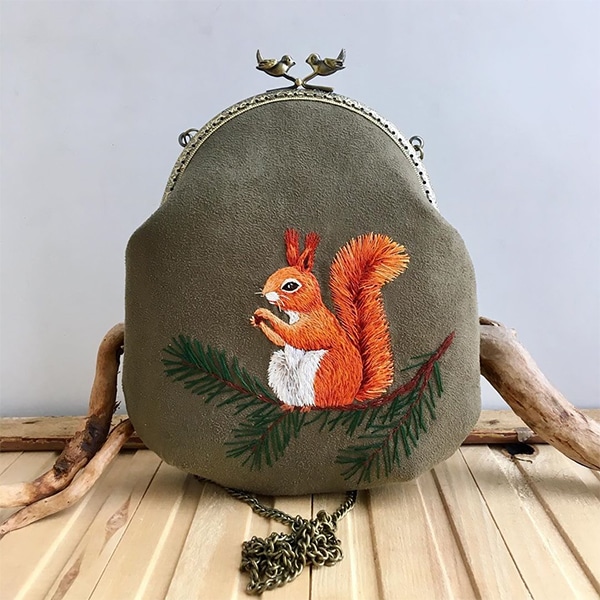