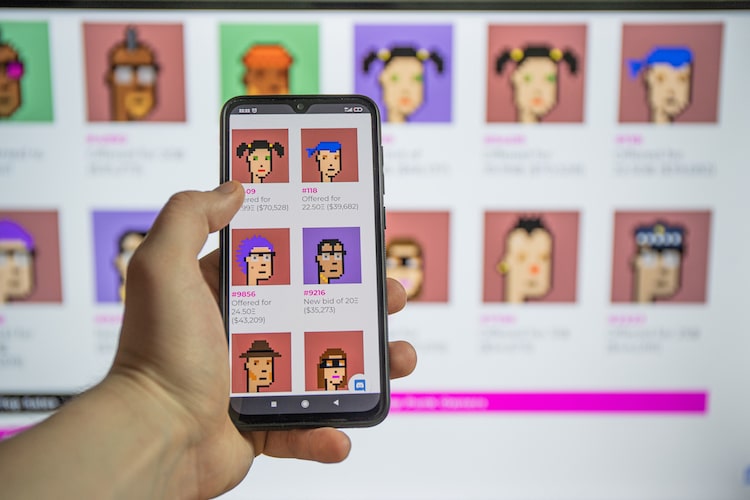 The buzzword of the contemporary art market right now is NFT. If you don't know what all the fuss is about, you aren't alone. The world of blockchains, cryptocurrencies, and crypto art isn't easy to unravel for newcomers. But with NFT art selling for prices higher than a Monet, we thought it was time to investigate.

Is NFT here to stay? Are we looking at the future of art collecting? Or is it a fad that's destined to fade away? Time will tell, but having a firm grasp on the basics will, at the very least, keep you in the know and maybe even turn you into a collector.

Check out answers to some of the most common questions regarding non-fungible tokens—or NFTs—and start to learn why people are paying top dollar for everything from digital collages to Tweets.

What is an NFT?

Non-fungible token. More simply put, it’s a piece of data stored inside a secure record called a blockchain. These blockchains are encrypted in a way that ensures that the data inside cannot be modified.

While the cryptographic tokens used to create NFTs are similar to cryptocurrencies like BitCoin, the tokens in NFTs aren’t fungible, or interchangeable. So, it’s impossible to exchange one NFT for another, as one would do in currency. It’s often equated to an autograph, just on a digital file. And an NFT not only tracks the creator of the artwork, but also the ownership and market value.

How is it related to art?

Because it is securely stored in the blockchain, an NFT is unique and non-interchangeable. Photographs, videos, gifs, audio, and really any digital file can be represented as an NFT. Even Tweets are being sold as NFTs! NFTs can be as original as a painting or as collectible as baseball cards.

When did NFTs become popular?

NFT has been around since 2015, but started making waves in 2020, when its market tripled. But it was really in 2021 that it picked up steam. Once Twitter’s Jack Dorsey sold the first tweet he ever wrote for $2.95 million and digital artist Beeple sold an NFT at Christie’s for $69 million, the whole world started paying attention.

Now, platforms for artists to sell their work as NFTs are cropping up and, at the same time, concerns are rising in regards to the carbon footprint of creating and maintaining them. (We’ll touch more on this later.)

Why would I buy an NFT if I can just see the artwork, gif, tweet, etc., online?

Things get a bit confusing in this realm. Yes, it’s possible to still see Jack Dorsey's $2.95-million tweet on Twitter. And yes, an NFT of a popular gif may still be shared millions of times online. But, only one person is the actual owner of the content, and that is the person who owns the NFT. The Verge’s Mitchell Clark equates this to the fact that “anyone can buy a Monet print. But only one person can own the original.”

Not only that, it’s a great way to support your favorite digital artist so that they can keep creating work.

NFT is also the perfect way to own performance and installation art. For instance, artist Alexa Meade creates 3D paintings using models in physical spaces. She recently dipped into the crypto art world by selling NFT video art on Foundation, an NFT auction platform for artists.  Now, people can own the digital record of her art long after the temporary installation has been dismantled.

In January, Blockchain company Injective Protocol showed their enthusiasm for NFT by burning a Banksy screenprint purchased for $95,000. A video of the performance was transformed into an NFT. For them, it was the perfect way to show how physical art could be transformed into an NFT. Given Banksy’s predilection for shredding his own art, selecting his work to burn seemed fitting for the company. 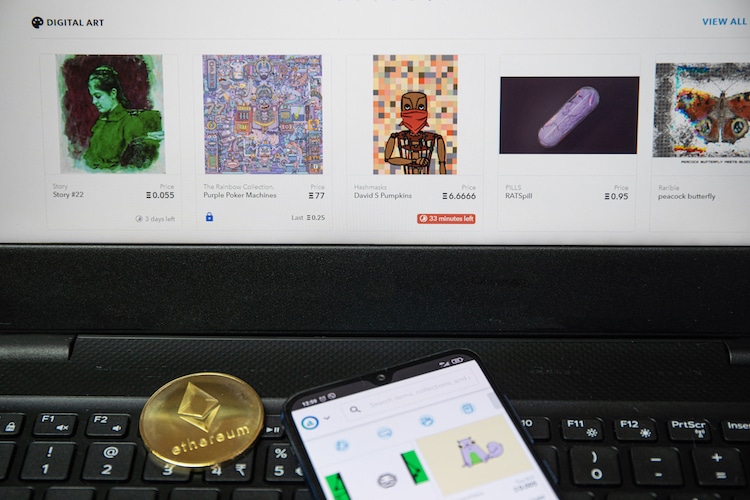 Are NFTs contributing to global warming?

As mentioned above, NFT isn’t without controversy. Part of the issue involves the cryptocurrencies used to purchase NFTs. Currently, cryptocurrency mining uses an exorbitant amount of electricity and so has a large carbon footprint. To put things into perspective, Bitcoin’s annual estimated electricity consumption for 2021 is 128 terawatt-hours. That’s more than what the entire country of Argentina uses in a year.

The website cryptoart.wtf once gave the estimated carbon footprint of a single NFT. It’s since been taken down following the misuse of information, which led to harassment. However, the creator, Memo Akten, stands by his decision to put up the website in the first place. “I believe we have a responsibility to be critical of businesses whose values are opposed to the values that we wish to see moving forward, while simultaneously we work towards building and supporting equitable platforms that avoid senseless damage to our planet,” reads a statement on the homepage. “CryptoArt is a tiny part of global emissions. Our actions in this space is a reflection of the mindset that we need in our efforts for larger-scale systemic change.”

Artists have been making their opinions on the matter heard in a number of ways. For instance, ArtStation’s plans to include NFT in its marketplace were halted after a social media outcry. Individual artists are also finding their own ways to reconcile the marketplace with ecologically sound practices. For his part, Beeple plans to ensure that his work is carbon neutral by giving money to projects that take carbon dioxide from the atmosphere. At the moment, that means investing $5,000 for one of his collections and he’s confident that other artists will follow suit. 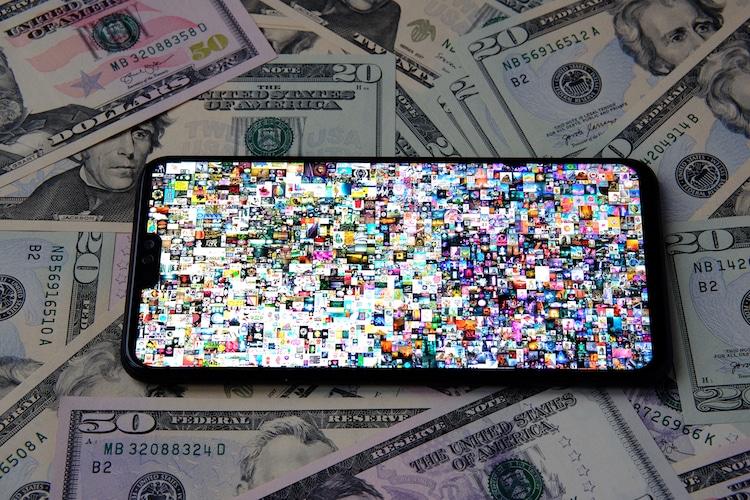 Are we sure that NFTs aren't just a passing trend?

There are differing opinions on this. Christie’s Post-War and Contemporary Art specialist Noah Davis says that Beeple’s $69 million auction result “is a fitting tribute to the significant digital transformation that has taken place at Christie’s. And just as our business has evolved, so has the way in which art is being made. Today’s result is a clarion call to all digital artists. Your work has value. Keep making it.”

And, of course, digital artists are enthusiastic about this new way to market and sell their work. But, not everyone is convinced. Drew Olanoff, a writer for TechCrunch, has his doubts. “As someone who collects physical items like sports memorabilia, I get the allure of ownership and exclusivity, but the hype around NFTs has been fast and furious,” he said. “There is a lot of ‘get in now to get rich fast or be left behind' fandom. The potential upside [is] for artists, but I don't see it for consumers yet.”

Therefore, he suggests exercising caution if you are thinking of making a purchase, as the market will settle once excitement around the trend dies down.