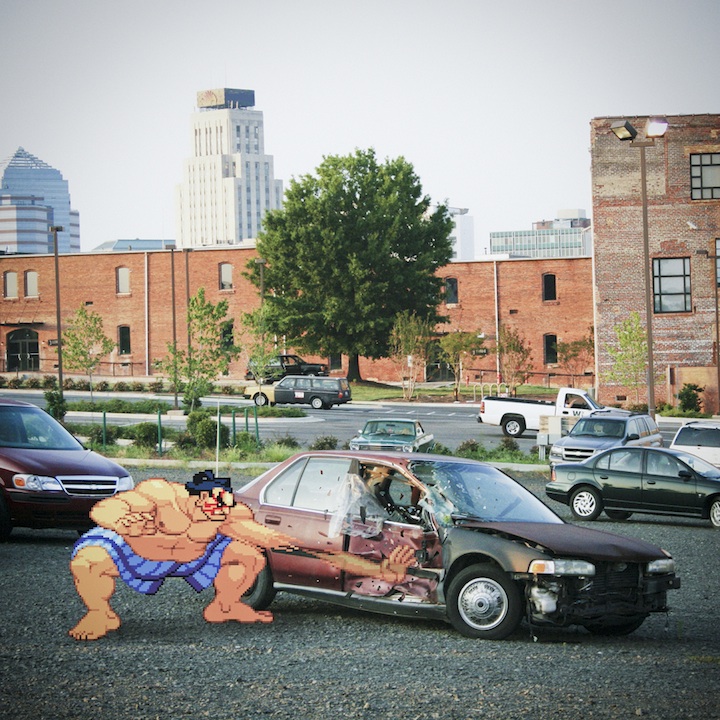 Over a year ago, I listed out seven of my favorite illustrators that I believe have the best sense of humor. At that time, I had no idea that I'd one day actually end up interviewing one of these “rock stars,” getting to know them on a more personal level.

One of my all-time favorite illustrators that is on that list is Aled Lewis. I first fell in love with his work over two years ago, when Eugene showed me the sad, green foam monster that lost his limb. “How wonderfully tragic!,” I thought. His slightly dark, pop culture-inspired illustrations were right up my alley.

Aled recently released some hilarious pieces that I just had to share. He has a subtle but clever way of taking very ordinary landscape or city shots and turning them into perfect backdrops for his 8-bit characters. I mean who doesn't want to see E. Honda from Street Fighter, demolish a parked car? And who wouldn't want Link from Legend of Zelda to ultimately find his green pastures? Run Link, run! Forget the princess. No woman is worth all that trouble!

Amazingly, I got in touch with Aled to ask him a few questions both about this series and about where he sees the art world headed. Read that interview below. 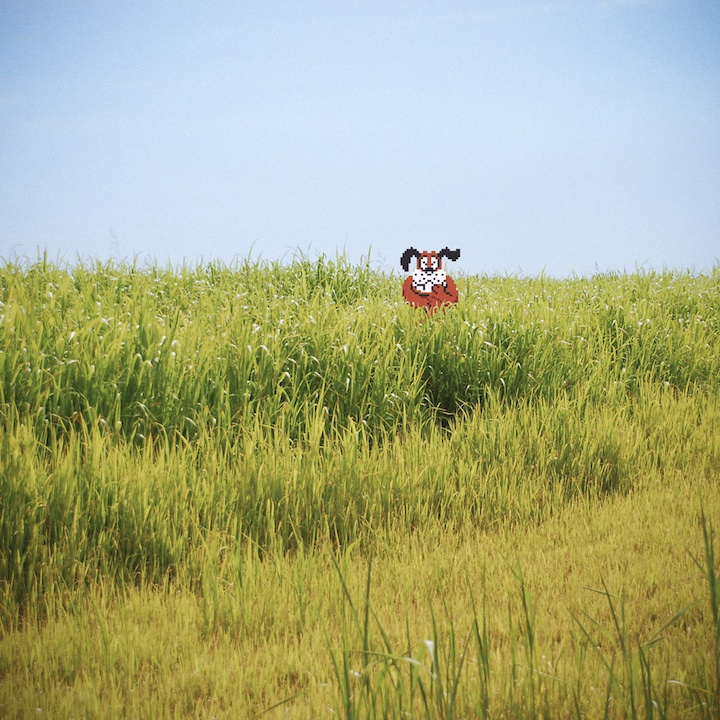 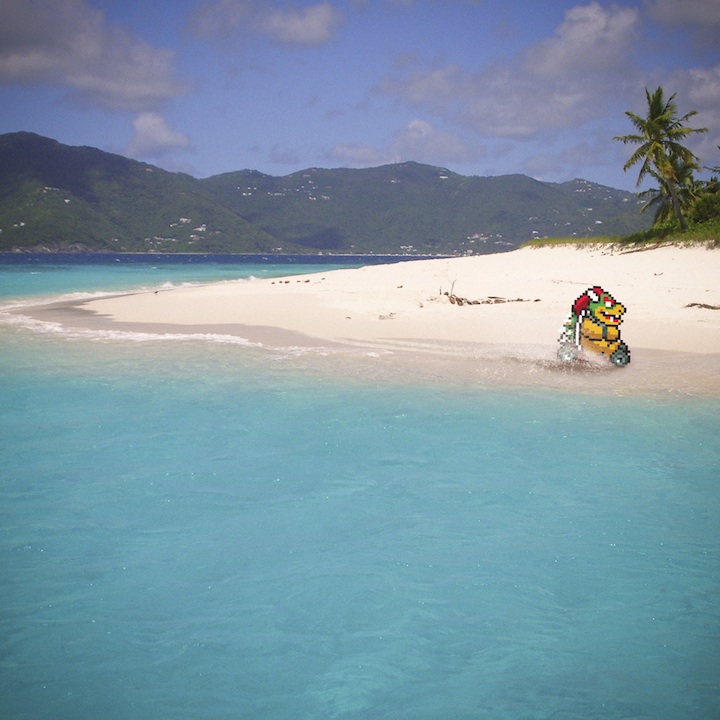 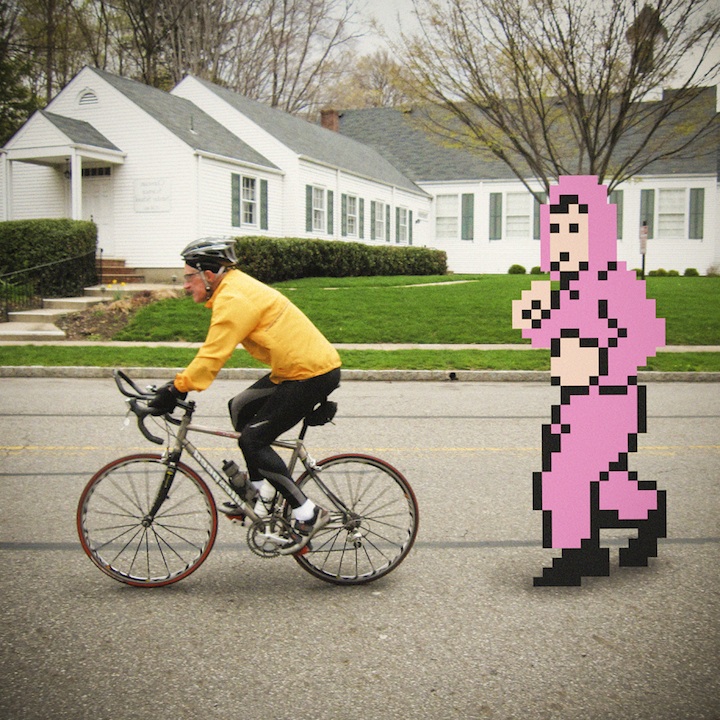 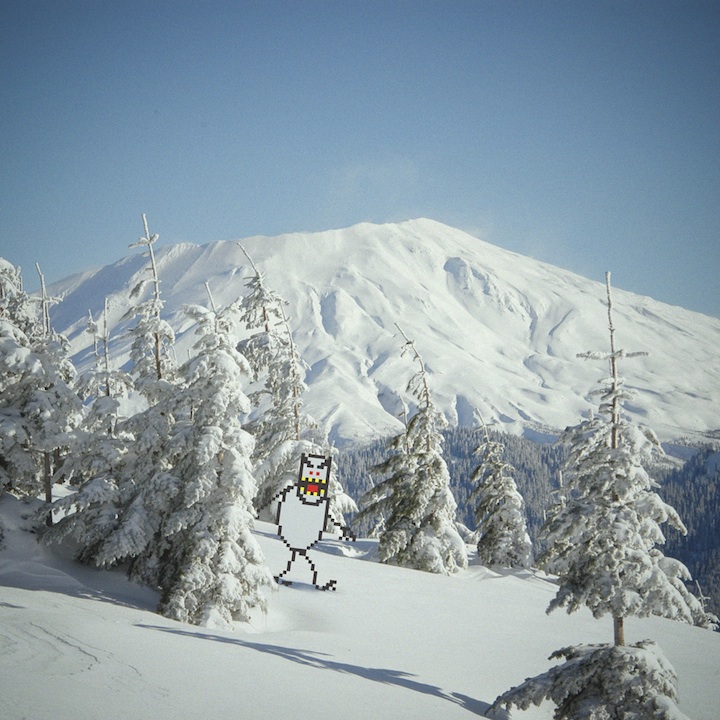 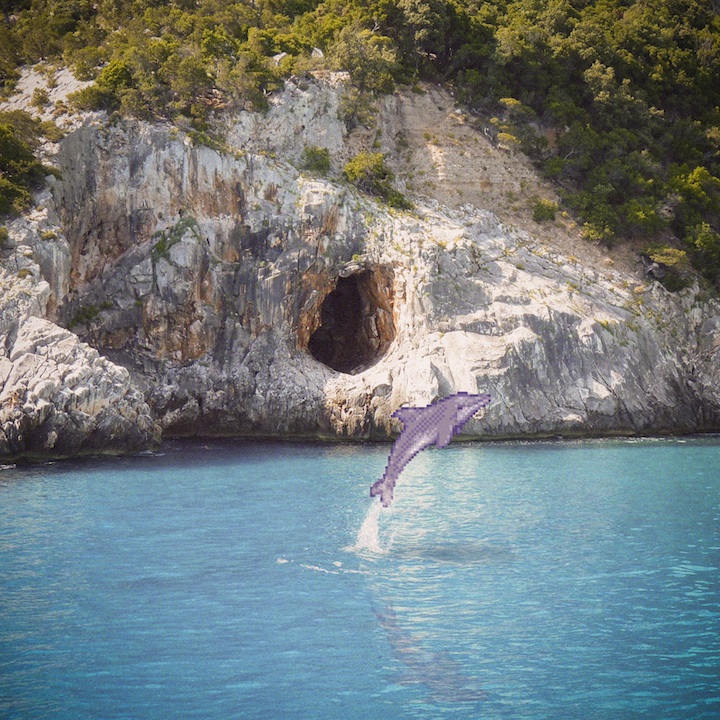 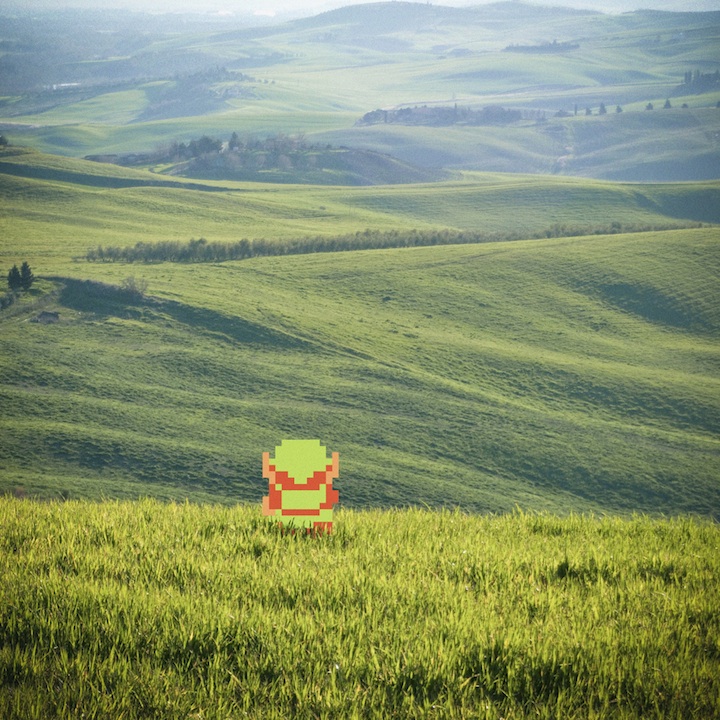 Why did you start this 8-bit series?
I hadn't intended for it to be a series but after I'd finished the Ski-Free Yeti walking in the snow, I figured it might be fun to put other iconic video game characters in real-life scenarios. As a kid I would become completely immersed in these crude pixel environments and they would seem very real! I thought it would be fun to try to capture that to express how gamers see these worlds.

Is what you released on Flickr just the beginning of a longer series?
The stuff that I've been putting on Flickr since January 1st is part of a year-long self-initiated project where I attempt to produce something of a creative nature every day this year. So far it's been a lot of fun and the response has been great. It certainly won't all be pixel based art, but that's what I've been playing about with recently.

What do you love most about 8-bit art?
It's a lot of fun to work with 8-bit (and 16-bit!) art. The stuff that I'm doing right now is very simple by pixel art standards, but I'm just having a bit of fun with it. I loved Lego as a kid and I feel as though there are definitely parallels in reconstructing and building pixel art. As a designer, it's actually a really abstract medium to work in. A world where three conjoined squares can represent an arm and a bunch of squares in a row becomes a sword and people just accept that's what it is. It obviously has strong nostalgic appeal for a lot of people. I had a great time gaming with my siblings and friends when I was growing up and this aesthetic has really come to represent that time.

Where do you think the art world is headed?
Big question! Haha. I have no idea where the art world is heading but there is definitely a culture of recycling, reusing and re-imagining in art and design that has been going on for a while now and pop culture provides a lot of material for that. I think the internet – especially in the last 10 years, has facilitated and fueled this culture. Blog forums, news aggregation sites and social media has allowed people to show their work to a broad audience in a way that would have been unimaginable just a few years ago.

Do you have any advice for illustrators just starting out?
The best advice I have to other illustrators and designers is just to constantly create stuff! Always doodle or make a note of your ideas – no matter how arbitrary or goofy they might seem. That process of creating and documenting things fuels further creativity and you never know which of your doodles might blossom into something worthwhile.