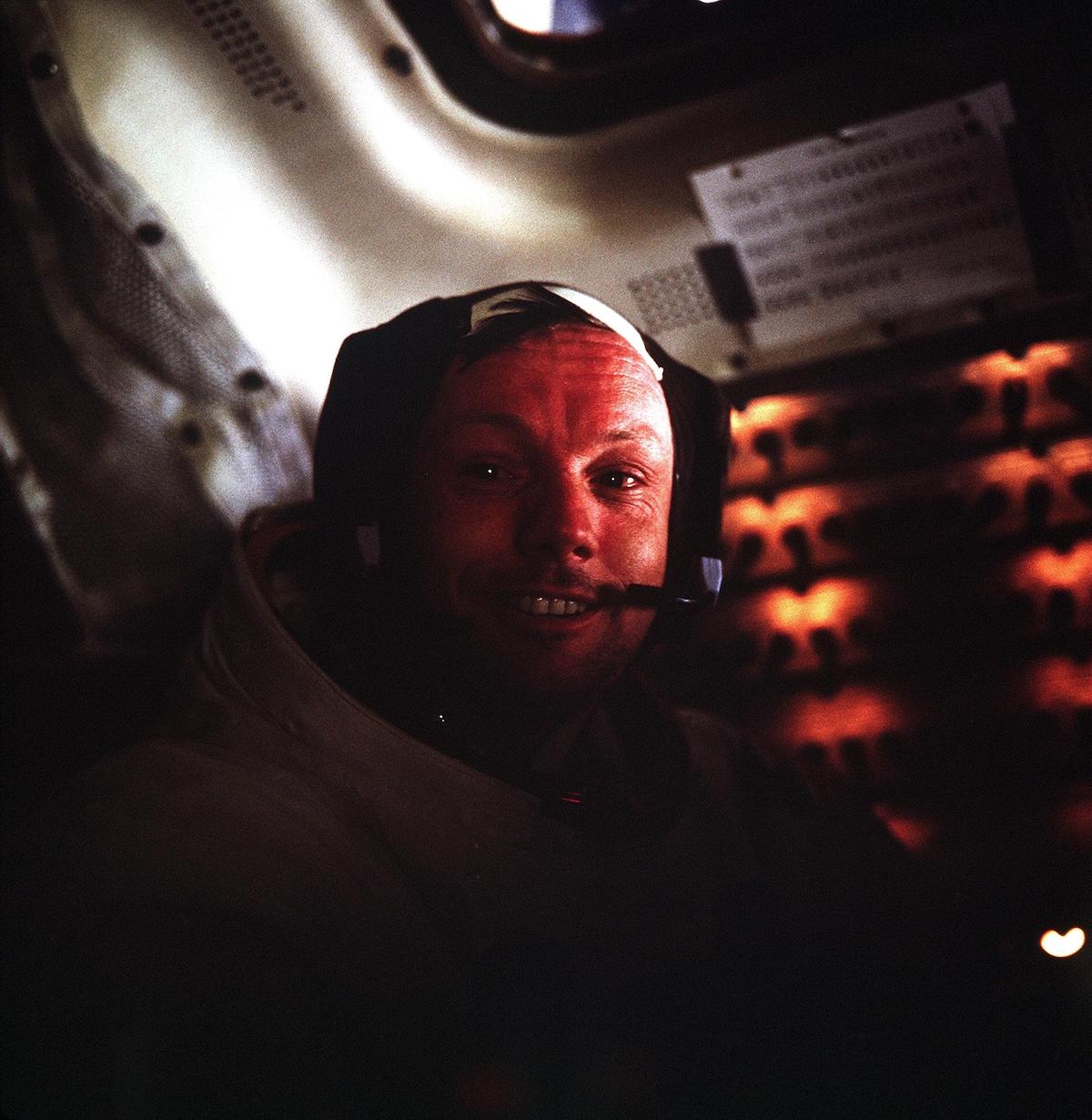 Neil Armstrong inside the Lunar Module as it rests on the lunar surface after completion of his historic moonwalk.
This post may contain affiliate links. If you make a purchase, My Modern Met may earn an affiliate commission. Please read our disclosure for more info.

Most Americans are familiar with astronaut Neil Armstrong‘s declaration “That's one small step for man, one giant leap for mankind,” which took place as he became the first man to step foot on the moon. Fifty years after the historic Apollo 11 moon landing, the successful mission continues to capture the imagination of the public. And while all members of the three-man crew were celebrated as heroes, Armstrong was catapulted to fame. But did you ever wonder why it was Armstrong who got the honor of walking on the moon first?

Armstrong, who was the mission's commander, was joined on Apollo 11 by astronauts Edwin “Buzz” Aldrin Jr. and Michael Collins. While Collins, as the Command Module Pilot, stayed behind, Buzz Aldrin joined Armstrong on the moon 19 minutes later. As Lunar Module Pilot, it would have made sense for Aldrin to take the honor as first on the moon. In fact, that is what was dictated by standard protocol. As the commander had a great number of responsibilities on board, it was typically the junior crew member who conducted spacewalks when called for. In a 2014 AMA on Reddit, Aldrin revealed his take on why the switch was made.

“There was a group at NASA who felt the junior person (me) should go out first, but many people felt the great symbology of the commander from past expeditions or arrivals at a destination,” Aldrin explained. “The decision that was made was absolutely correct as far as who went out first, symbolically.” 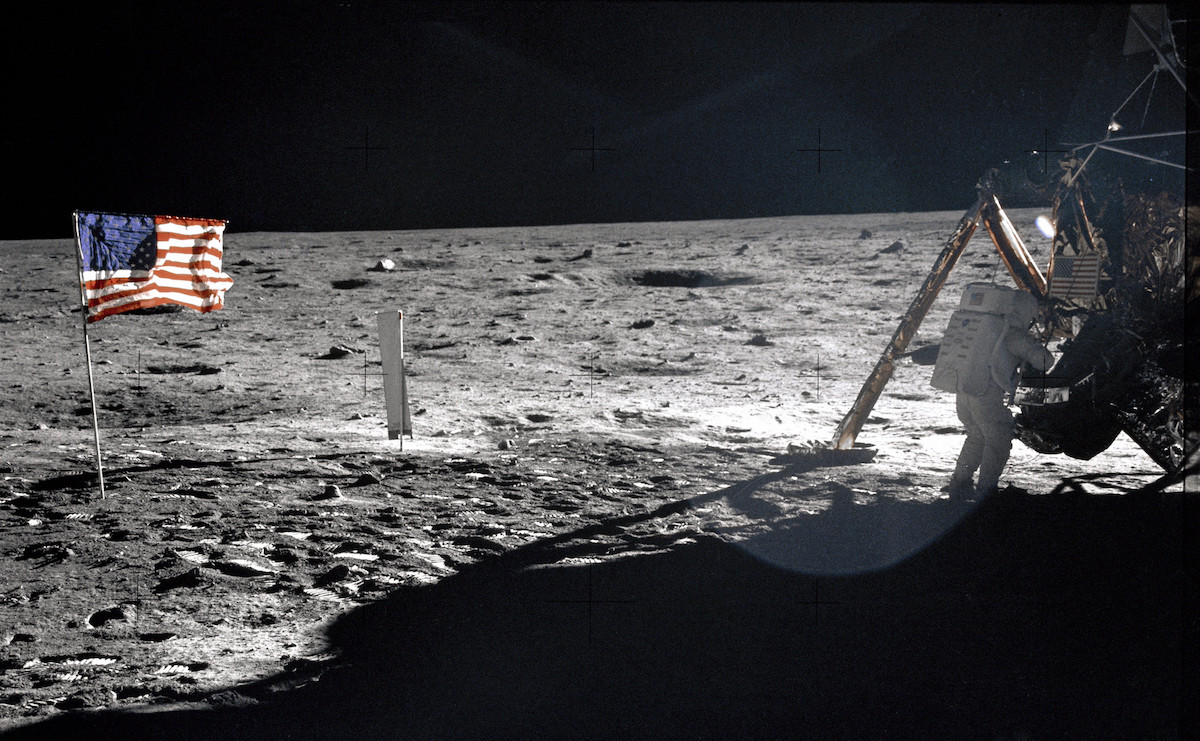 Neil Armstrong at the modular equipment storage assembly (MESA) of the Lunar Module “Eagle” on the historic first extravehicular activity (EVA) on the lunar surface. Astronaut Edwin “Buzz” Aldrin Jr. took the photograph with a Hasselblad 70mm camera. Most photos from the Apollo 11 mission show Buzz Aldrin. This is one of only a few that show Neil Armstrong (some of these are blurry).

Aldrin went on to note that neither he nor Armstrong was involved in the decision, stating that it was “up to people much higher up in NASA.” This was confirmed by legendary NASA engineer Christopher Columbus Kraft Jr., who was NASA's first light director. In Craig Nelson's book Rocket Men, The Epic Story of the First Men on the Moon, Kraft tells his version of how the decision was made.

“The first man on the moon would be a legend, an American hero beyond Lucky Lindbergh, beyond any soldier or politician or inventor,” Kraft recounted. “It should be Neil Armstrong. I brought my ideas to Deke [Slayton, director of NASA flight operations], and then to George Low [manager of the Apollo Spacecraft Program Office]. They thought so too.”

Interestingly, NASA's historic telling of the event is a bit different. Their official website states that the decision was less about who would be a national hero and more about the practical design of the lunar module. The hatch was located on the opposite side of where Aldrin was to be seating. This meant that for him to get out first, he'd have to climb over his fellow crew member while both were wearing bulky spacesuits. Thus, it made more logical sense for Armstrong, who was seated next to the hatch, to climb out first. 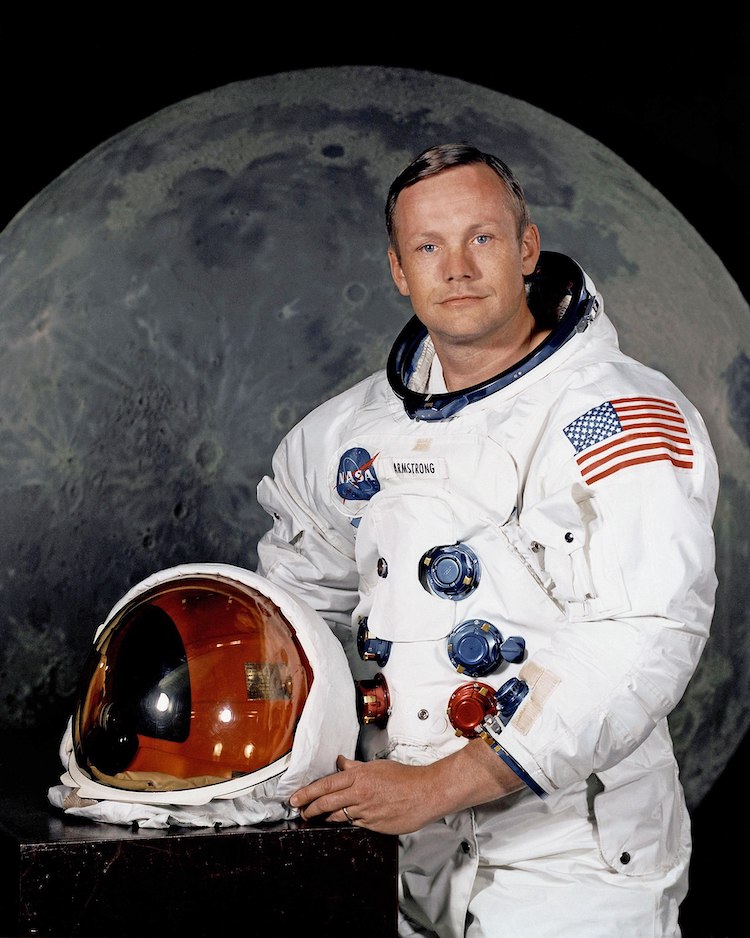 Deke Slayton's account, which is also published in Nelson's book, confirms that the true decision was a mixture between these two factors. “[Aldrin exiting first] didn't sound right to me based on the configuration of the spacecraft…and secondly, just on a pure protocol basis, I figured that the commander ought to be the first guy out.”

As the first man to step on the moon, Armstrong was launched into history. Rather than take immediately to the spotlight, his family called him a “reluctant American hero.” More comfortable keeping a low profile, he was a humble person who often turned down interviews and requests for public appearances.

This humility is reflected in a quote from a rare interview he gave in 2005 with 60 Minutes. “Friends and colleagues all of a sudden looked at us, treated us, slightly differently than had months or years before when we were working together. I never quite understood that.”

All images via NASA Commons.