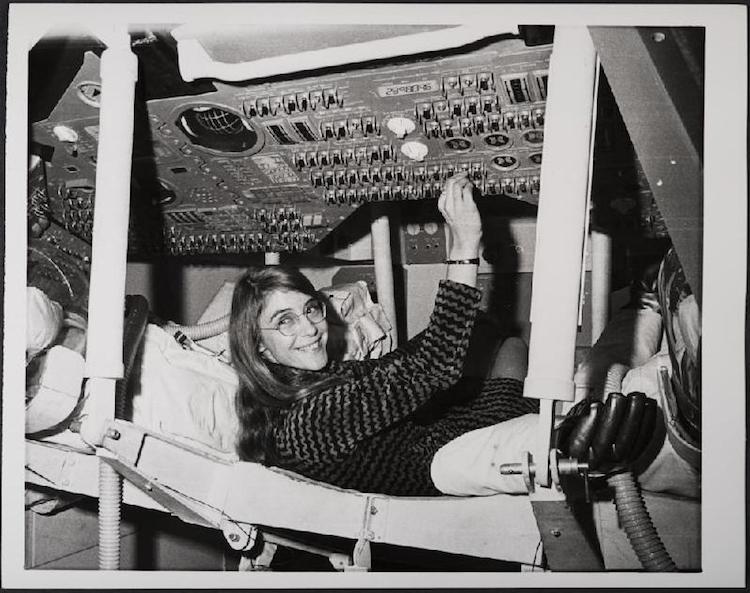 With how much software pervades our lives these days, it may be difficult to remember that the field is relatively new. While programming languages first appeared in the 1950s, it was really the following decade when NASA, and one pioneering female software engineer, led the way to programming as we know it.

Margaret Hamilton was a 24-year-old working mother with a degree in mathematics when she began working as a programmer for MIT in 1960. And while we often think of programming as a boys club, it's interesting to note that one of the pioneers of the field was a woman. Hamilton started her career thinking that it would help support her husband while he was at Harvard Law School and that she would then return to get a graduate degree. But, NASA came along.

The MIT Instrumentation Lab, where Hamilton worked and often brought her young daughter Lauren on weekends and evenings, was contracted by NASA in 1961, as part of President John F. Kennedy's race to beat the Russians into space. Hamilton and her team painstakingly created code for the world's first portable computer and she became a vital expert in system software. If you can believe it, there wasn't even a software budget in the original plans for the Apollo Missions—it just wasn't even considered.

“When I first got into it, nobody knew what it was that we were doing. It was like the Wild West. There was no course in it. They didn’t teach it,” Hamilton shared in a 2015 interview. She continued to steadily rise through the ranks, eventually becoming the head of the Apollo Software development team and was known for focusing on systems errors. This attention to detail and knack for trouble shooting paid dividends when the Apollo 11 landed on the moon thanks to the team's onboard flight software.

As we continue to encourage more women to pursue coding and other STEM careers, it's incredible to think of these early achievements by Hamilton, whose company Hamilton Technologies sits just down the street from her original MIT office. 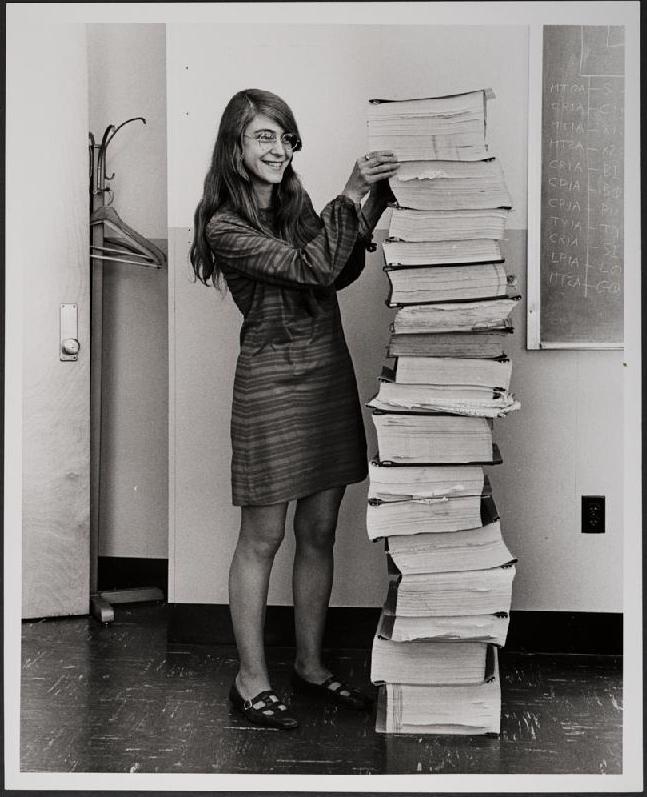 Margaret Hamilton poses with the Apollo guidance software she and her team developed at MIT. Image: Courtesy MIT Museum

Learn more about Margaret Hamilton's contributions to software engineering and the US space program.