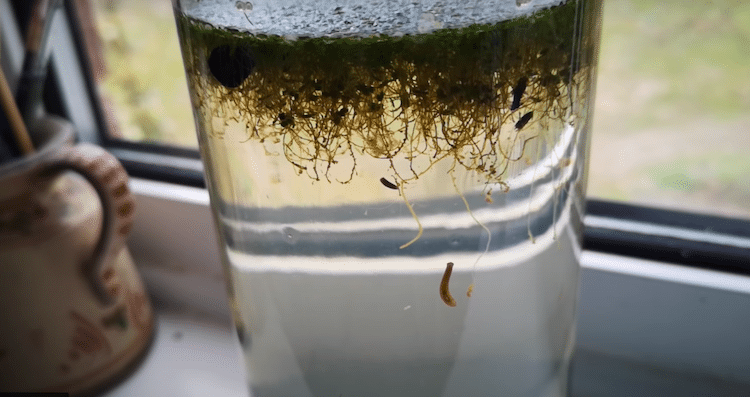 YouTuber Atomic Shrimp recently decided to start his own window sill pond ecosystem and the results are both fascinating and oddly soothing. After scooping up a jar of muddy pond water, he began documenting the ecosystem's development and, in the process, introduced his followers to some fascinating animals.

For three weeks he took us along on his journey to see the organisms developing in the water. This included several flatworms and hydra, an immortal freshwater organism that became the unknowing star of the videos. With slender green bodies and stinging tentacles, the hydra battled with the flatworms as the top predators inside the jar. In fact, during week two, the violent takedown of a flatworm by a hydra is an incredible sight to see.

Also fascinating is the hydra's reproductive skills. In the beginning, when the jar was filled with food, they simply cloned themselves through asexual reproduction. New hydra appeared as buds on the parent before splitting off. As time went on and the conditions were less favorable, budding stopped and they began turning to sexual reproduction.

As the weeks progressed, the jar was teeming with single-celled organisms and something that Atomic Shrimp thought could be a freshwater shrimp even appeared. Unfortunately, the experiment came to an end after three weeks when an unexpected guest was discovered in the jar. A small tadpole, possibly of a newt, had hatched. Atomic Shrimp guessed that the egg had made its way into the jar on a piece of algae or a weed.

Faced with the ethical dilemma of keeping a vertebrate in an environment where it would never survive, and noting that newts are protected species in the UK, Atomic Shrimp made the decision to transition the jar back to the pond. Though slightly disappointing, the full-circle moment of seeing the jar back in the pond more than makes up for it.

Want to try this experiment yourself? These closed ecosystems are a great project for the whole family. You can find instructions on how to make your own aquatic ecosystem here.

YouTuber Atomic Shrimp scooped up some muddy pond water to create his own closed ecosystem. 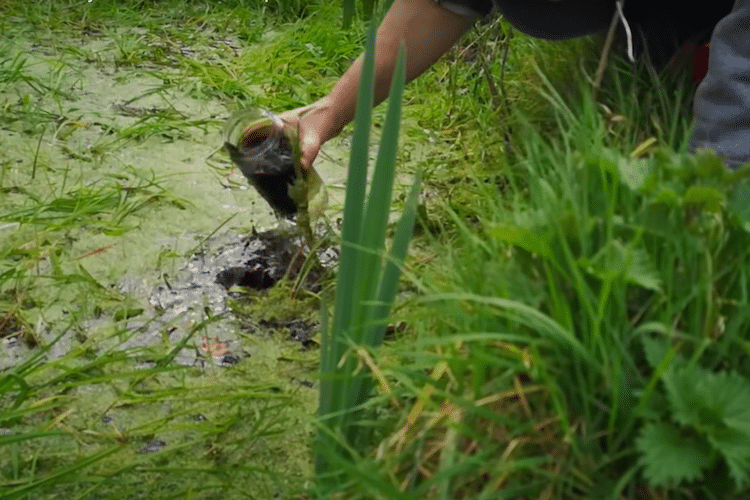 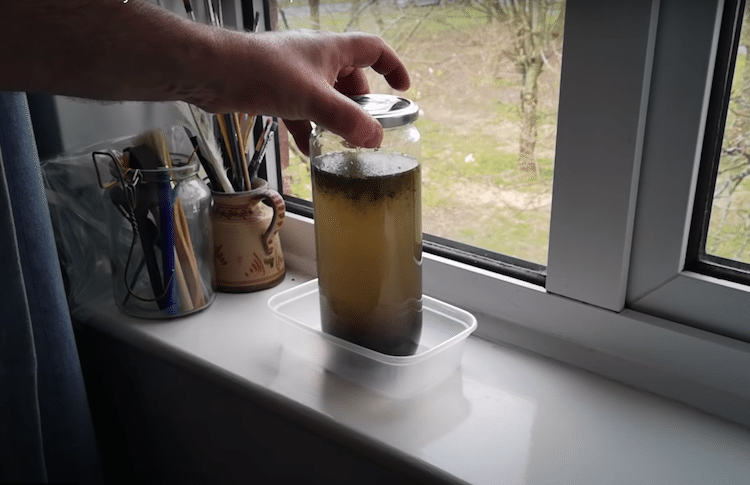 Once the water cleared, organisms like flatworms and hydra were visible right away. 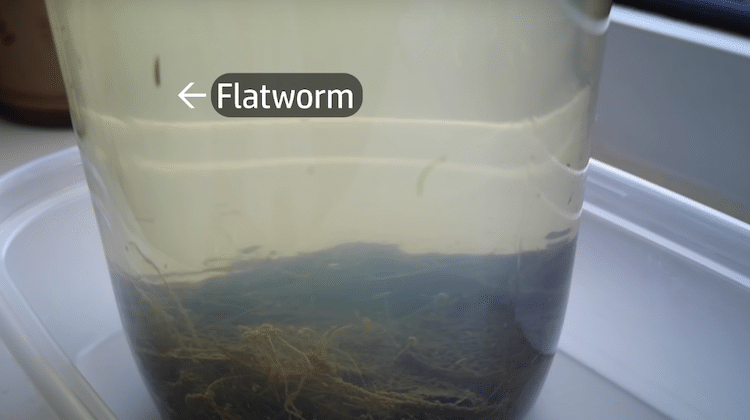 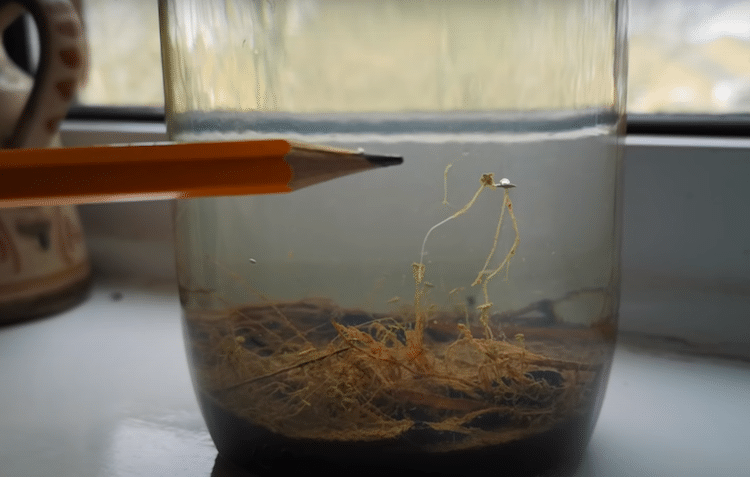 The hydra are especially fascinating for their predatory behavior and asexual production. 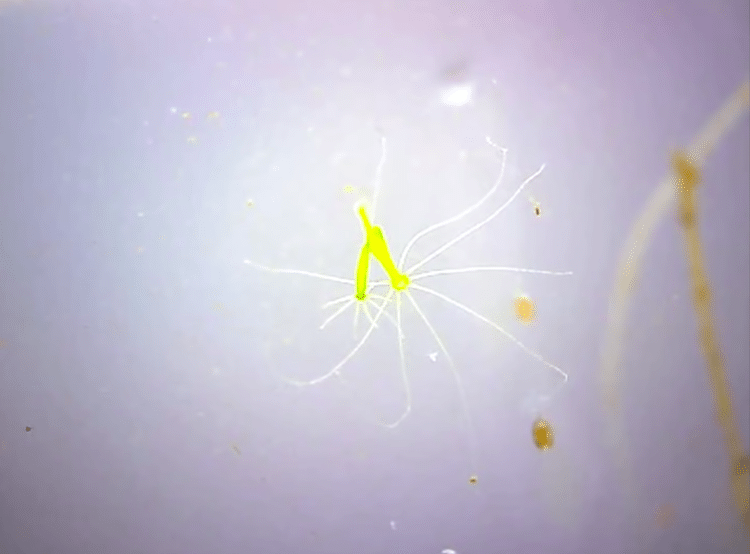 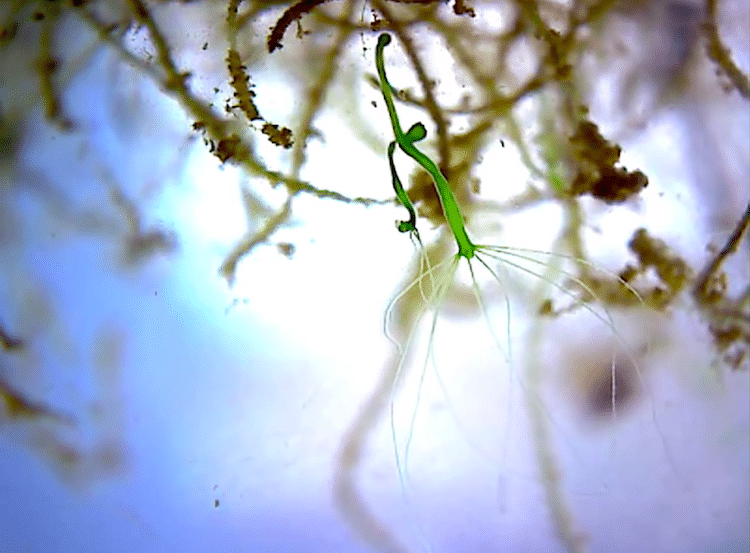 In the second week, there was even a possible freshwater shrimp sighting. 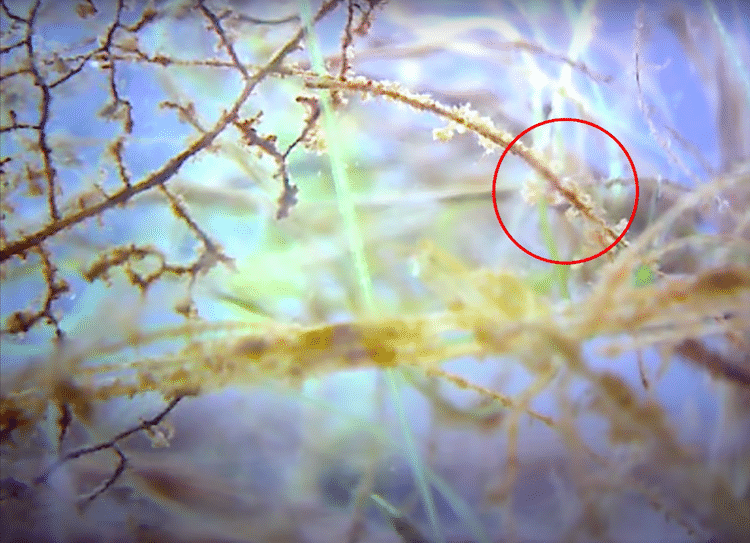 However, once a tadpole was discovered in the jar, the experiment came to a halt. 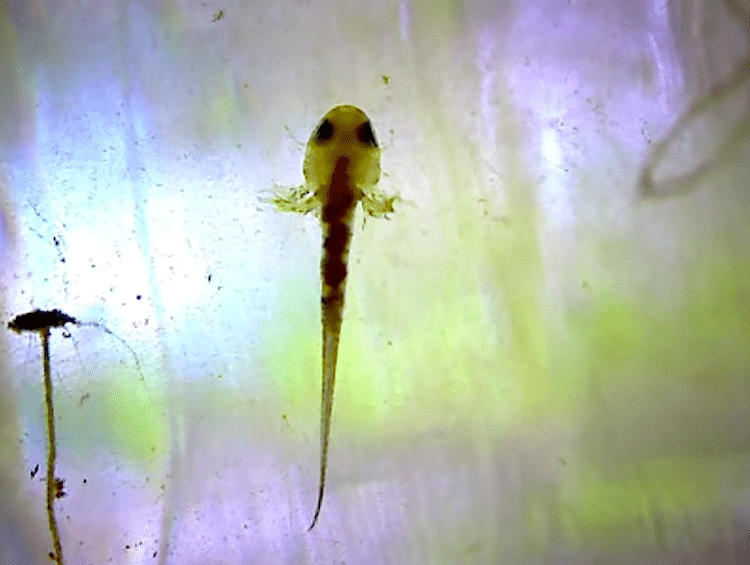 The closed environment wouldn't be able to support its developing heart and limbs. 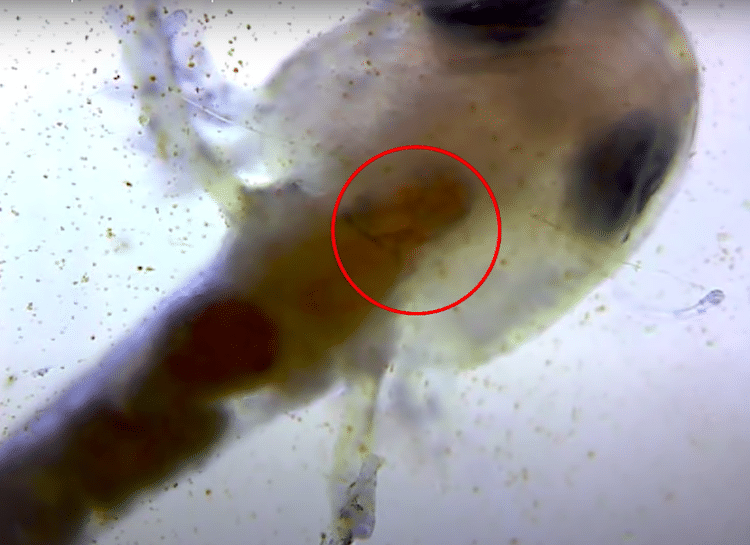 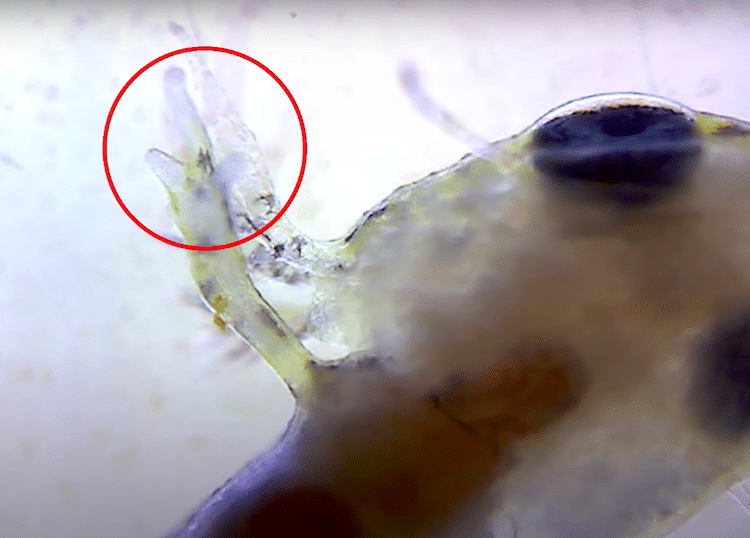 So Atomic Shrimp carefully returned the organisms back to the pond. 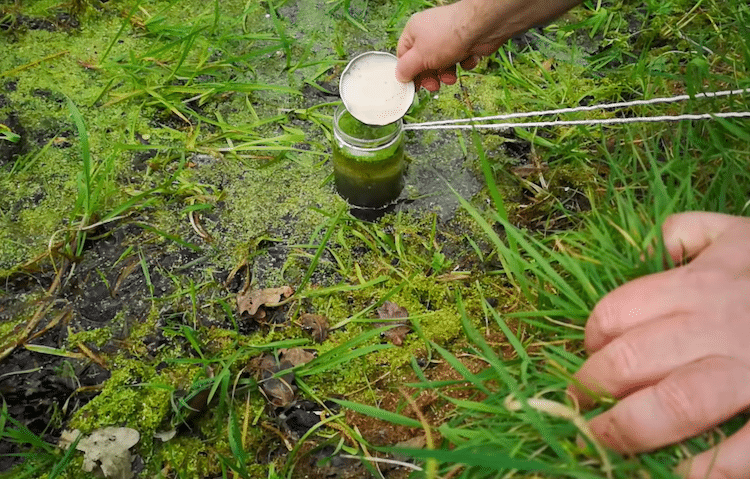 Watch all three weeks of the window sill pond experiment and see how the ecosystem develops.