By Eugene Kim on March 18, 2009
Could you imagine taking off and landing on the freeway? 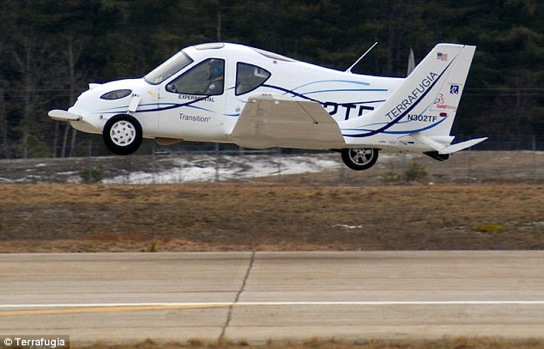 Although it's not going to win first prize for the world's sexiest vehicle, the Terrafugia Transition may offer a big clue about the type of transportation we can expect in the future. The world's “first flying car” took its first official flight on March 5th, 2009 out of Plattsburgh International Airport in New York. Carl Dietrich, creator of the Terrafugia, said: “This breakthrough changes the world of personal mobility – it's what aviation enthusiasts have been striving for since 1918.” Other flying cars have demonstrated this feat before, but this is the first proven model with foldable wings which allows it to seamlessly transfer from air to road. The two-seat aircraft is able to fly 450 miles at over 115 mph and is designed to transform from plane to car in less than 30 seconds. The best part is that refueling involves no more than driving into the nearest gas station and filling up with regular unleaded petrol. As a light aircraft, it will struggle to fly in poor weather, bad visibility or restricted airspace, but it does have the added advantage of continuing the journey by road if conditions turn for the worse. On the ground, the Terrafugia Transition is a front-wheel drive vehicle that gets a fuel economy of around 30mpg and has a top speed of 65mph. When it eventually goes on sale, it will retail at $194,000. 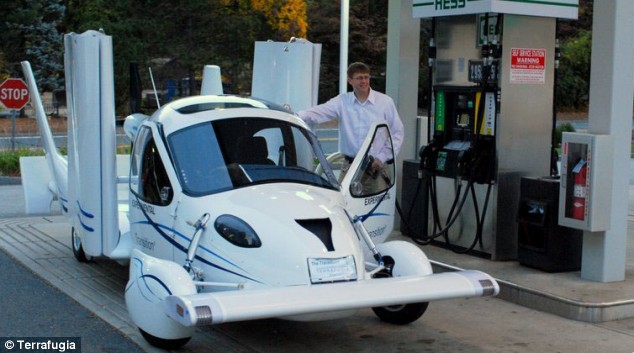 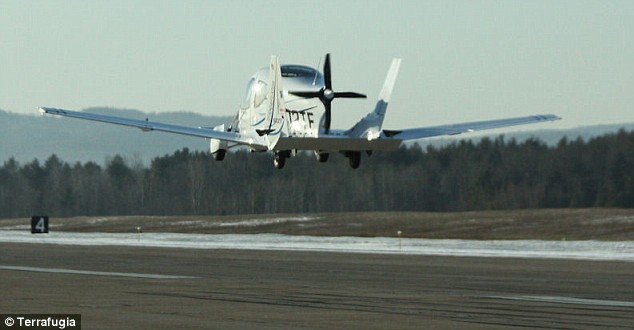 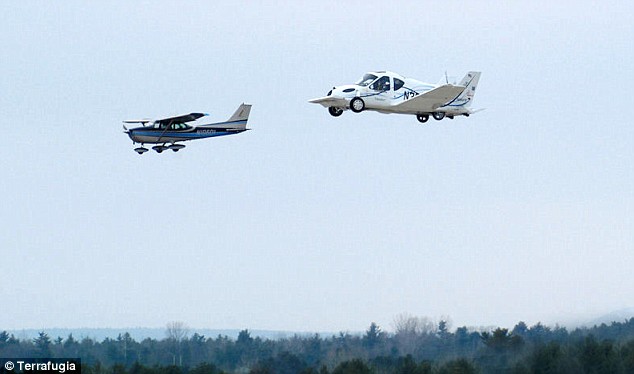