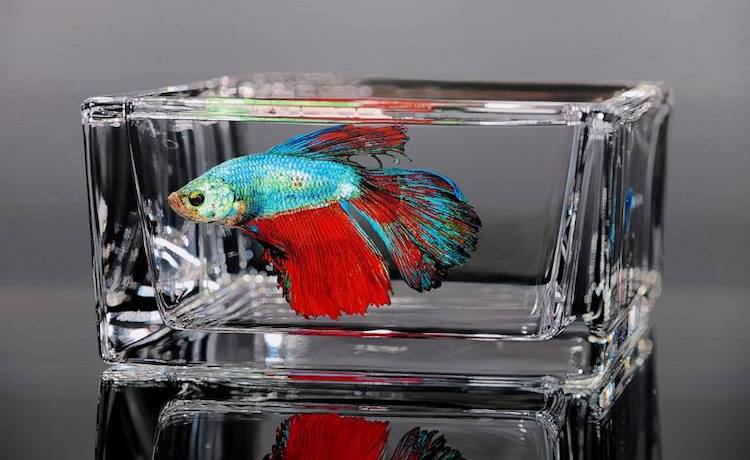 South Korean artist Young-sung Kim has made a name for himself thanks to his hyperrealistic oil paintings of fish swimming in glass bowls and cups. Kim uses minuscule brushes to pull out every detail of his subjects, whether it be the colorful tail of a beta fish or the shimmering scales of a goldfish. Painted on large canvases, the animals are laid out like living still lifes for the viewer to admire.

The photorealistic paintings are part of Kim's ongoing series Nothing. Life. Object. that speaks to the disintegration of modern society in the face of the “advanced development of material civilizations.” By juxtaposing living and material things and displaying them as a piece of theater or advertising, Kim wishes to comment on society's tendency to neglect living organisms.

The painter's fascination with the beauty of living creatures began when he was a child, as they forced him to stop and contemplate their place in the world. These creatures are now metaphors for life in Kim's series and they are forced out of their natural setting into an object that cages them.

“What is the meaning or value of living organisms in the modern civilization? What is the meaning of living organisms to humans? They exist with us in the same environment, but they are always faced as food or decorative elements in a lower hierarchy,” Kim writes. “Despite that they are living things with meaning and value of existence, the humans only use them for clear purposes when we have certain reasons. In the modern society, this structure is applied to the relationships between men, men and organization, or men and society. Humans, a living organism, is sometimes considered and used as a functional object.”

In this light, Kim's hyperrealistic work takes on new meaning. While we are looking at still images of these living creatures, which are put on display for our admiration, we are forgetting the stress they must undergo when “posing” for the work. It's an irony not lost on Kim, who compares this facade with the falsehood that plagues many people. “Humans today adorn themselves beautifully and seem to be living happy, stable lives, but their lives do not seem to be any different from the state of these animals as they are struggling to survive in a confined space that is completely exposed to others.” 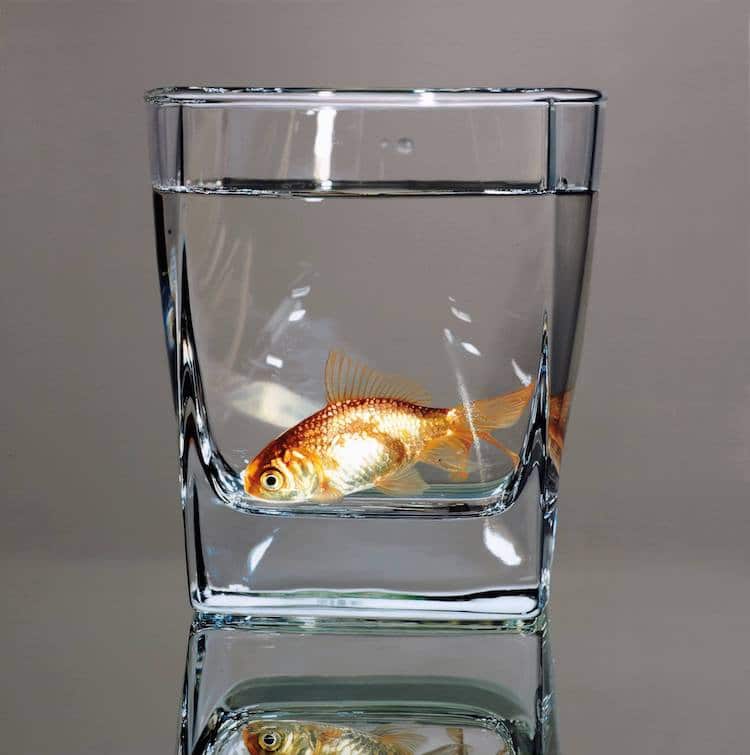 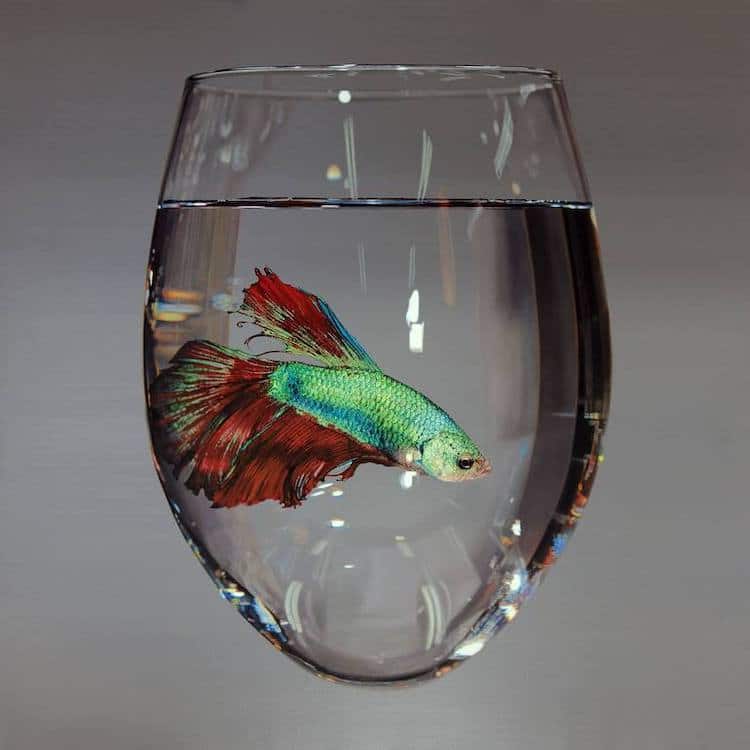 The work is part of a series that comments on the current state of humanity in today's modern world. 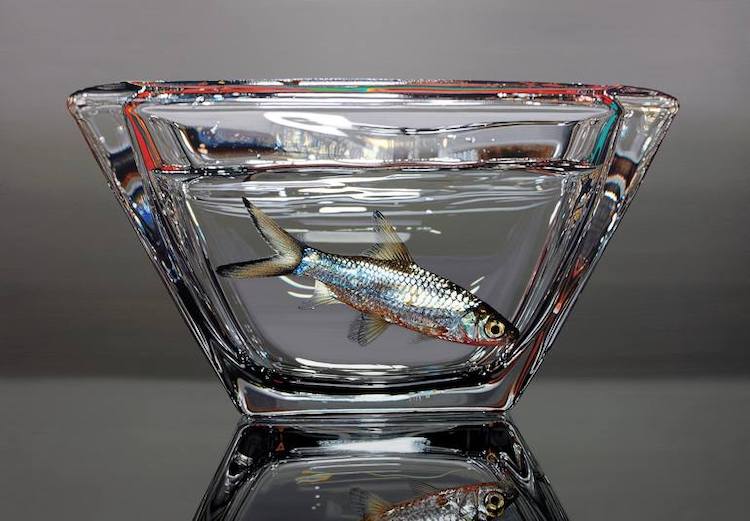 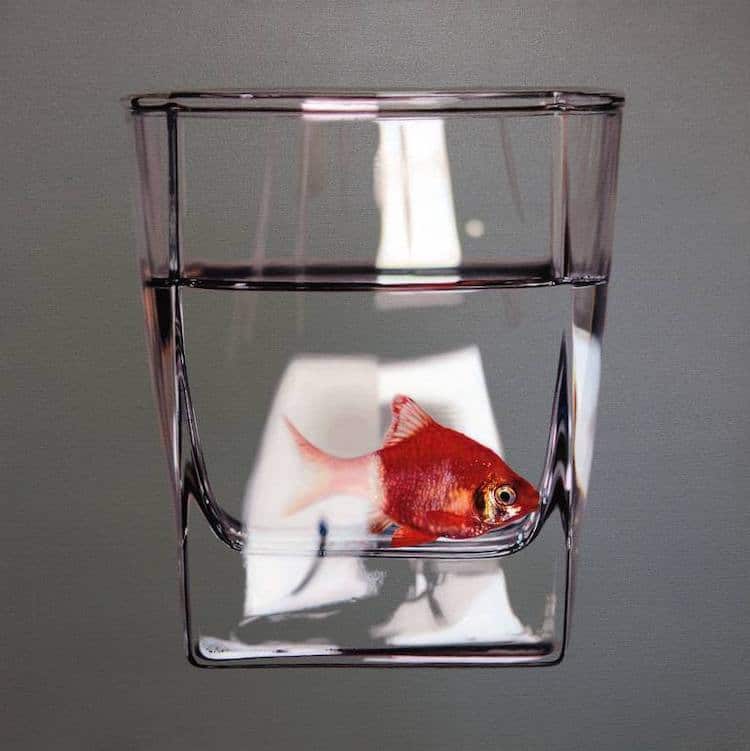 Snails, frogs, and lizards are also models for the hyperrealist painter. 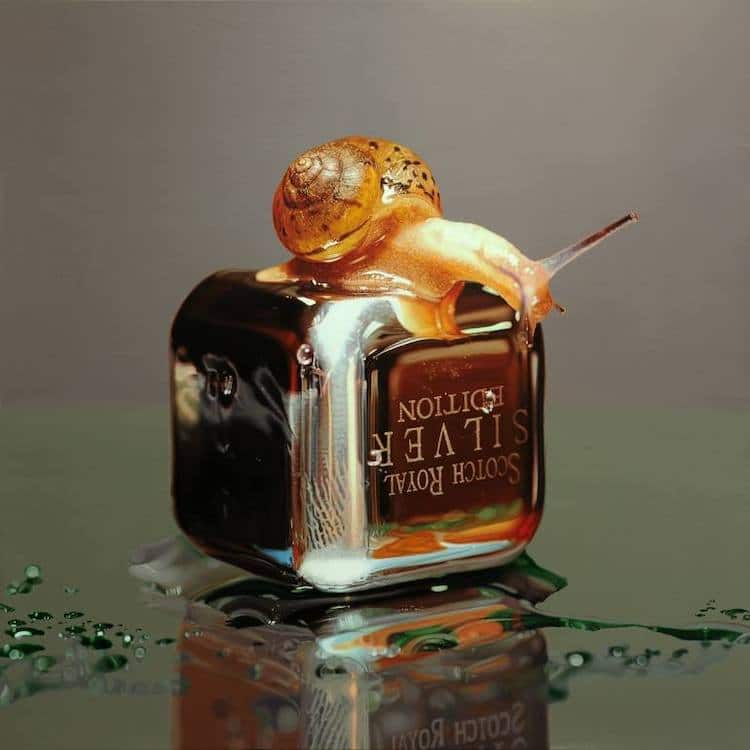 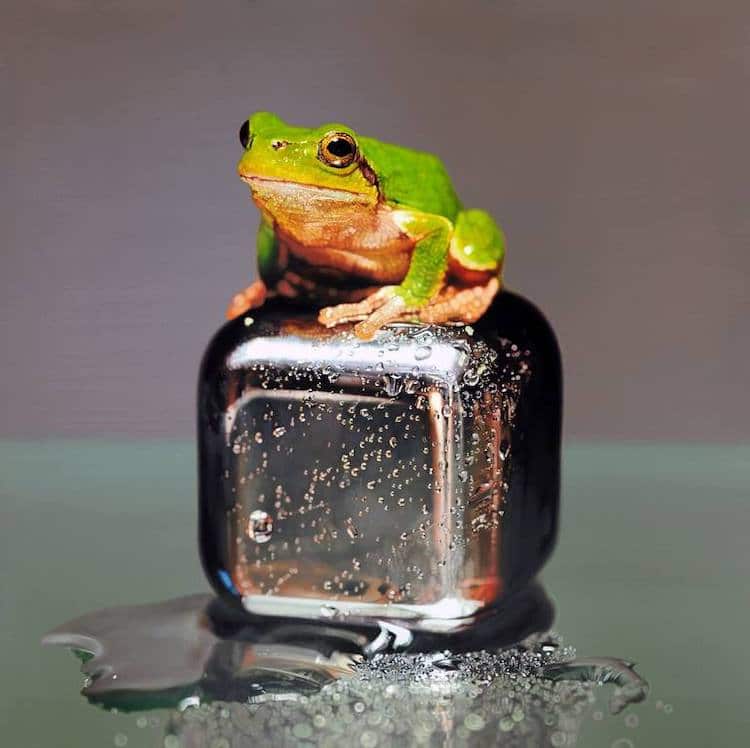 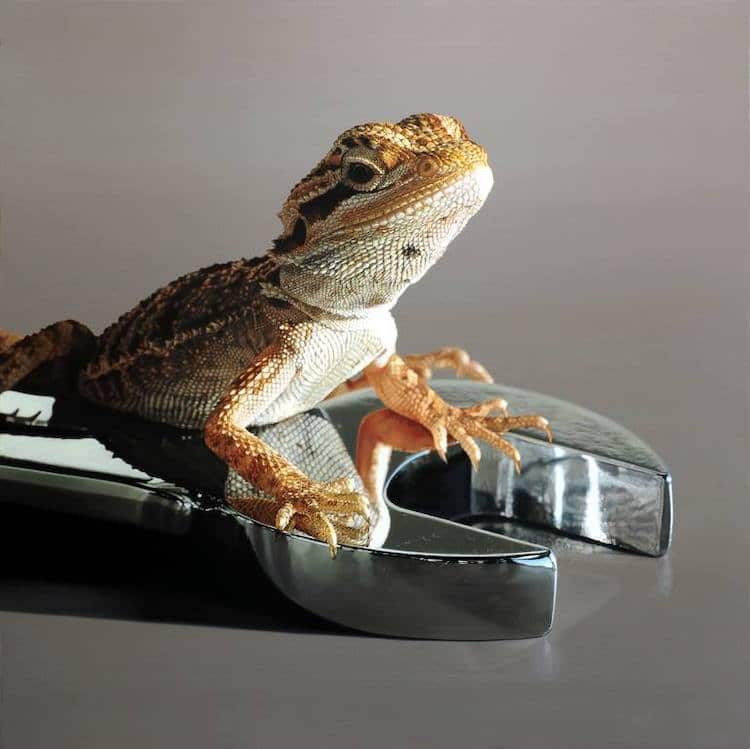 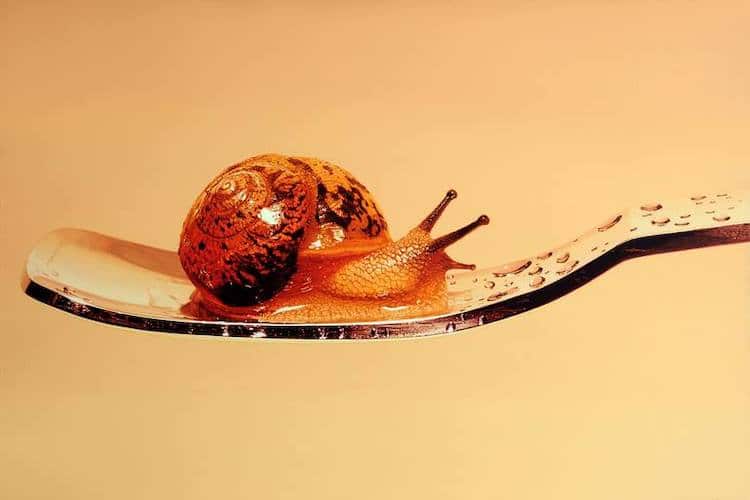 Watch as the South Korean artist creates his photorealist masterpieces.