Remarkable Giant Tortoise is Still Active at Over 160 Years Old

You might not know it (or believe it) by looking at him, but Jonathan the giant tortoise is between 160 and 180 years old. Yes, you read that right. He was probably born in the early 1830's, and remarkable photographs show him at his adult size in 1902. This suggests that Jonathan was at least 50 when the images were captured.

Of course, the giant tortoise isn't as active as he once was – time has caught up with him. He has cataracts in both eyes that have caused him to go blind, and his poor sense of smell that doesn't allow much for grazing. So, he's hand-fed once a week, and the rest of the time enjoys a peaceful life at the idyllic-looking Plantation House located on the small, remote British island of St. Helena. Jonathan shares the land with St. Helena's governor.

When you think about how much the world has changed since Jonathan's birth, it's astounding that this turtle has lived through so much history. And the fact that he's still able to have a relatively happy existence after so long is remarkable. 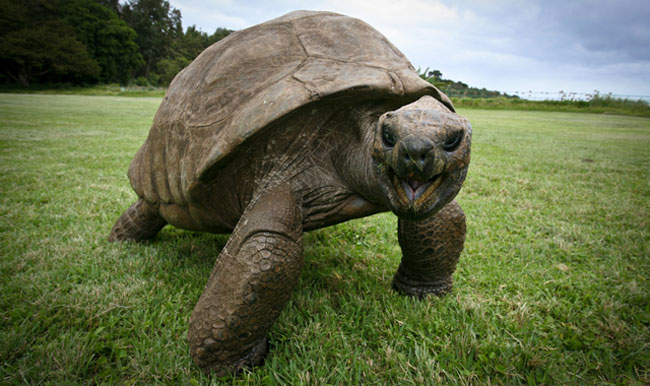 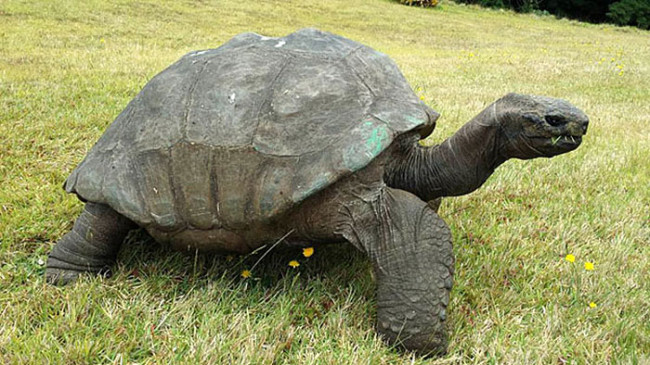 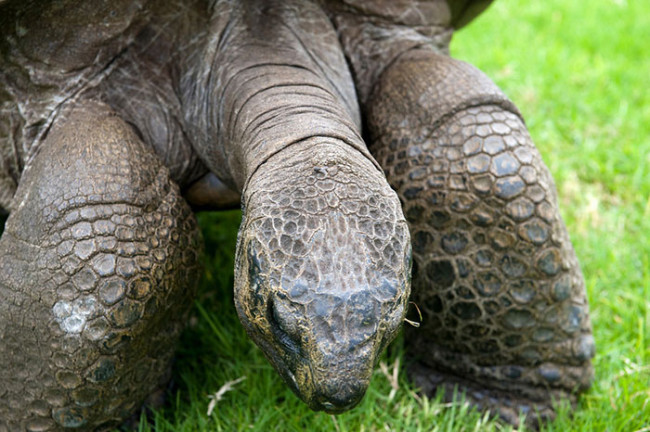 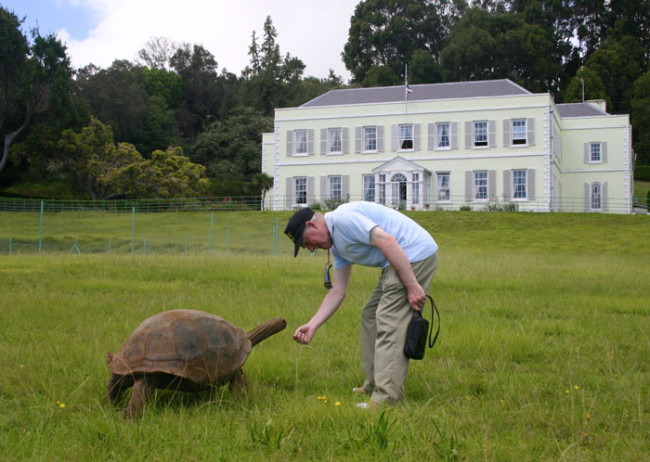 via [Lost At E Minor and St. Helena Online]