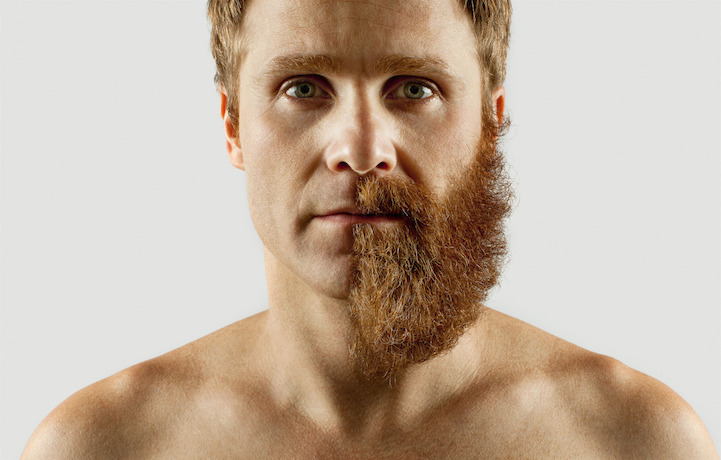 So Paolo-based photographer and art director Adriano Alarcon can grow quite a beard, and he spent four months cultivating his facial hair before shaving exactly half of it off. It's an unconventional move to say the least, but one that was well worth it. His photo project called Fifty Fifty Selfie Barber Shop is an amusing look at how he fills in the other half of his beard.

Alarcon uses anything but hair to furnish his bare skin. Small objects like popcorn, plastic dinosaurs, puzzle pieces, and even fake bugs are arranged in the shape of his beard, and they match up with the real thing. Depending on what the pieces are, he'll also pair his facial expressions accordingly. When a fake cockroach is about to crawl into his nose, Alarcon looks hilariously pained. Chocolate sprinkles have a different effect. He's seen trying to lick them off with his tongue.

Alarcon tells the 500px blog, “The project is just a fun way to talk about two recurrent issues on the web: selfies and beards.” We agree! 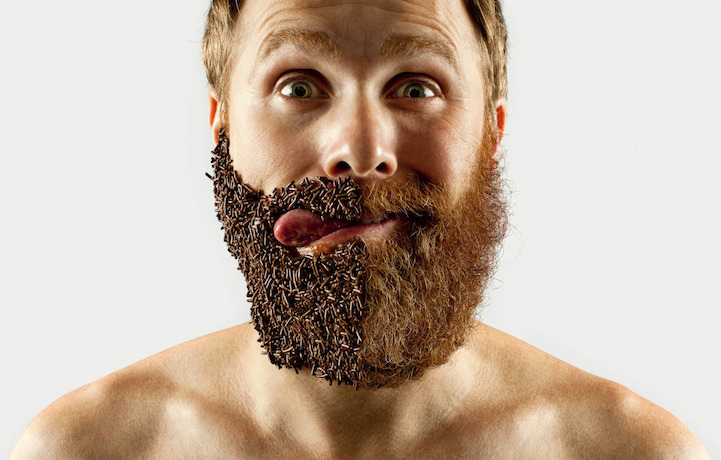 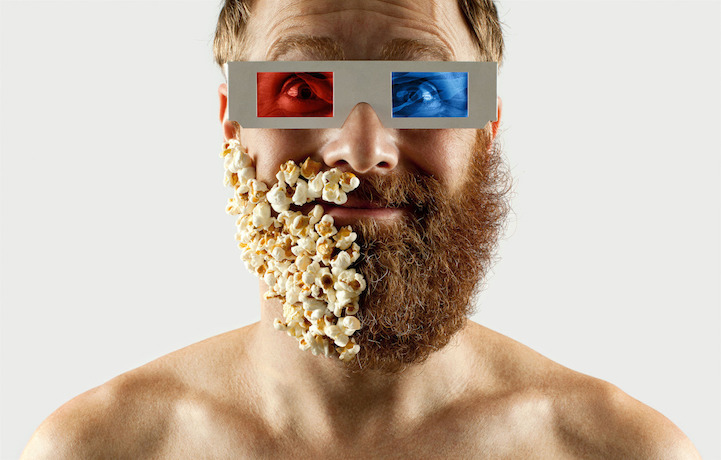 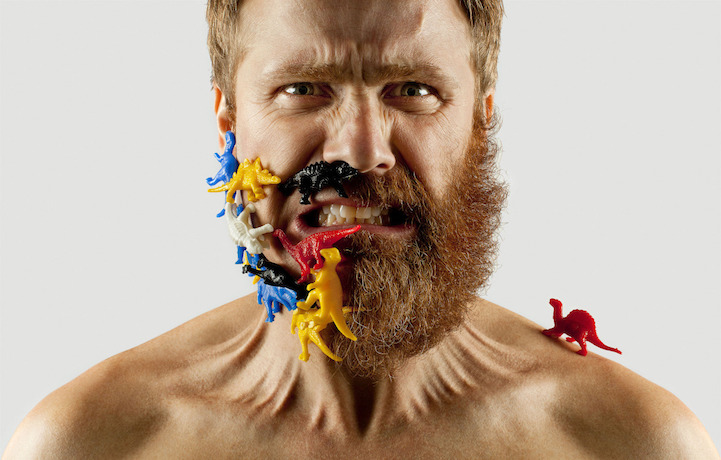 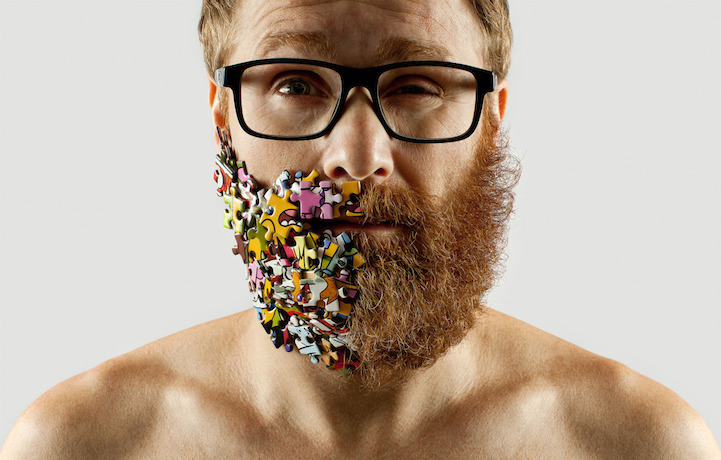 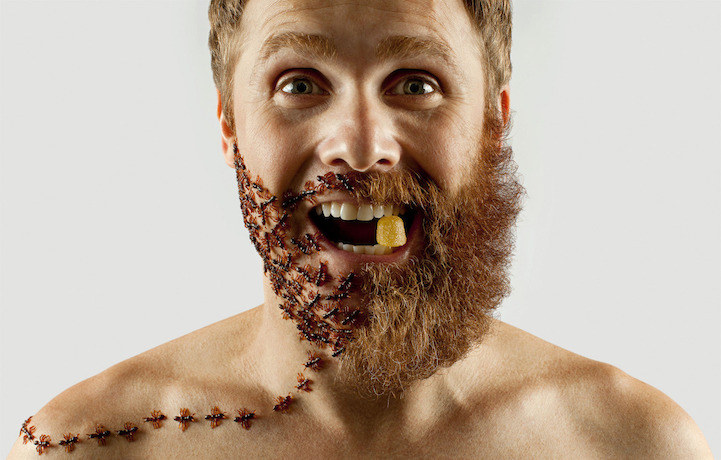 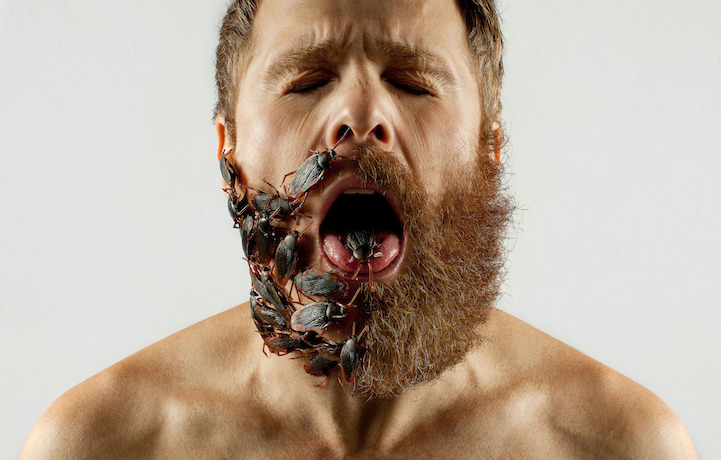 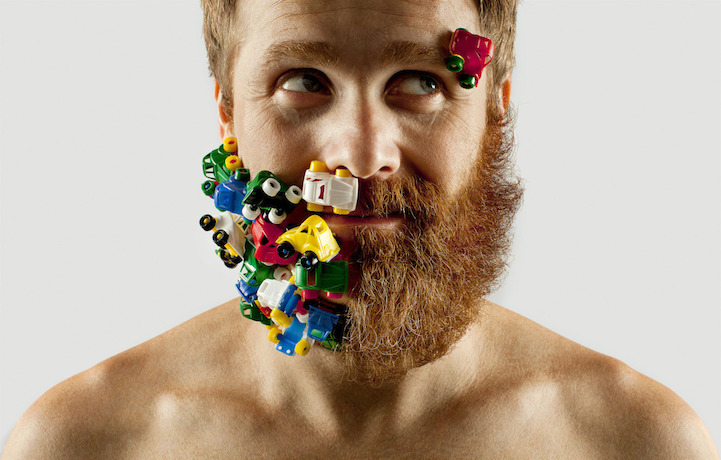 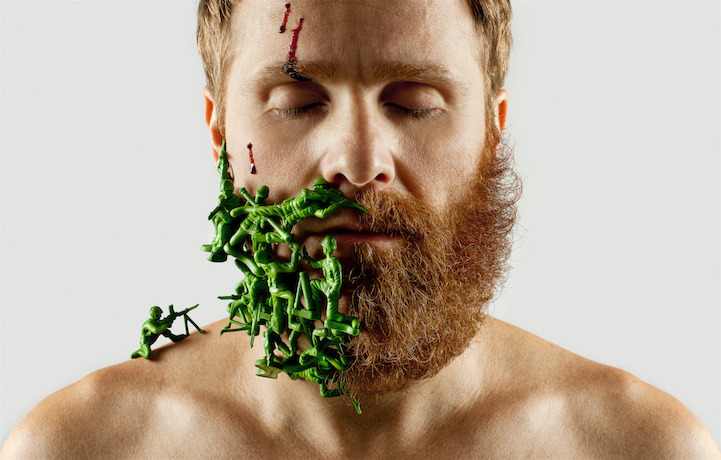 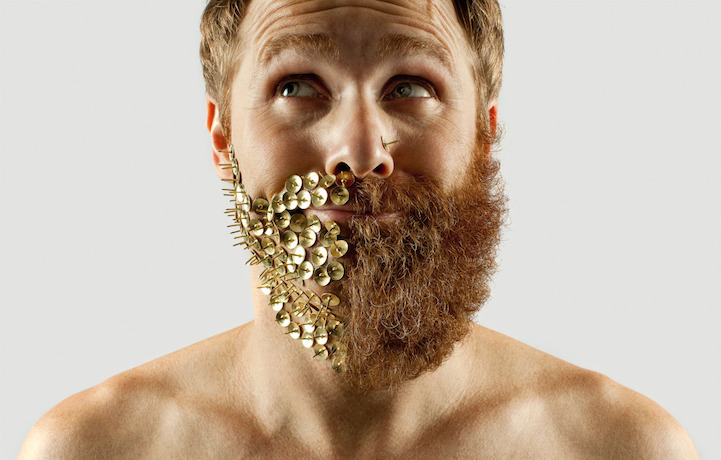 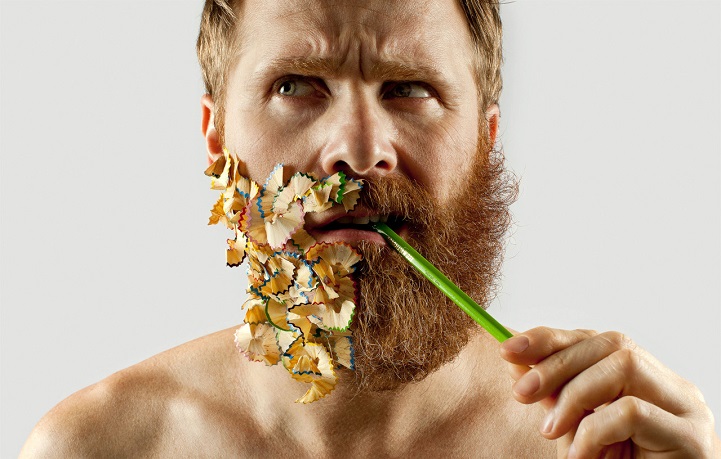 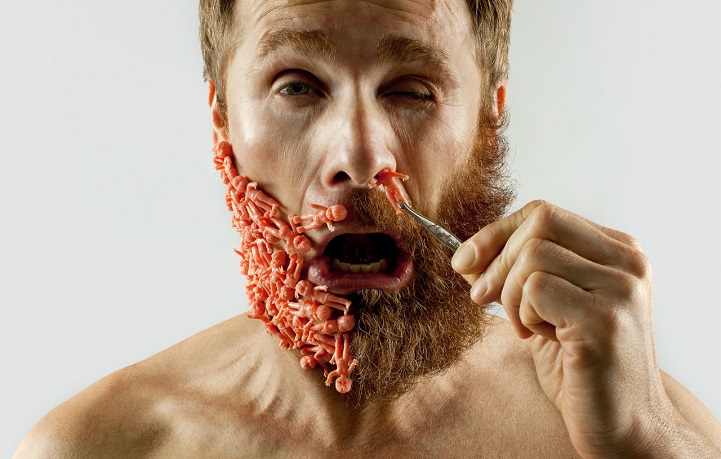 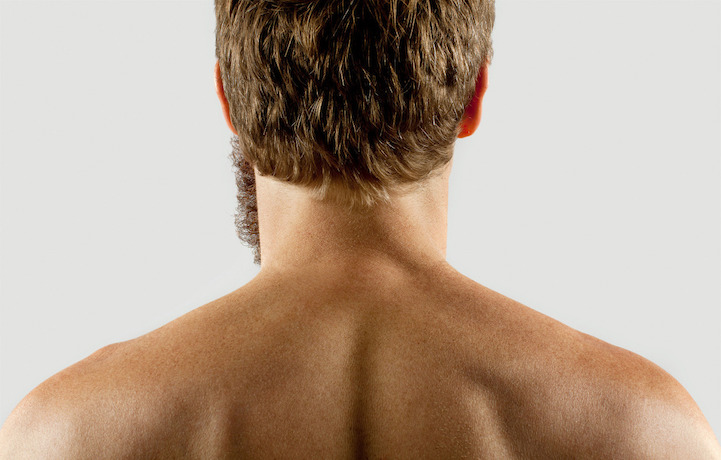