“Whale in the Sky” Beluga-Shaped Airbus Completes Its First Flight 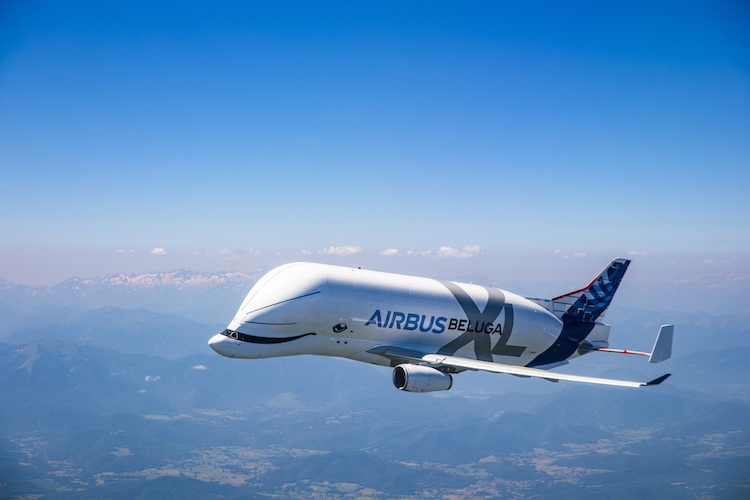 What do you do if you need to get part of a plane from one location to another? Call in a whale, of course. Airbus, a European corporation that manufactures civil and defense planes, assists airlines in transporting aircraft sections when necessary for assembly and repair. The Airbus Beluga, which looks like a cute whale, is a modified wide-body airliner that does the job. And now, the Airbus Beluga XL has taken flight.

First developed in 2014, the Beluga XL has a wingspan of 198 feet and can hold two A350 XWB wings. The updated model has a 30% increase in capacity as compared to the original Beluga, which has been around since 1995. Five Beluga XLs will be phased in to replace the old model by 2023. With plans to get the oversized whale into operation by 2019, it has successfully completed its first flight in France on July 19, 2018.

The Beluga XL was manned by a crew of three for the flight, which lasted a little over four hours before touching down in Toulouse-Blagnac, France. This is just the first of many test flights that Airbus has planned over the next 10 months as they move toward launch. The Airbus Beluga XL is 62 feet tall and 207 feet long, and has the ability to transport up to 56.5 US tons of cargo.

For perspective on the enormity of the “whale in the sky”: its weight capacity could theoretically hold up to 8 elephants. While this would never happen—the cabin isn't pressurized—the Beluga XL will help Airbus meet the needs of operators across 11 destinations around Europe. 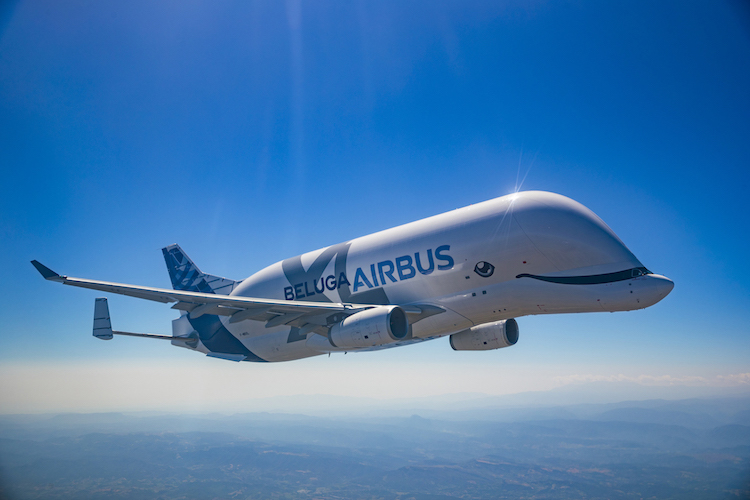 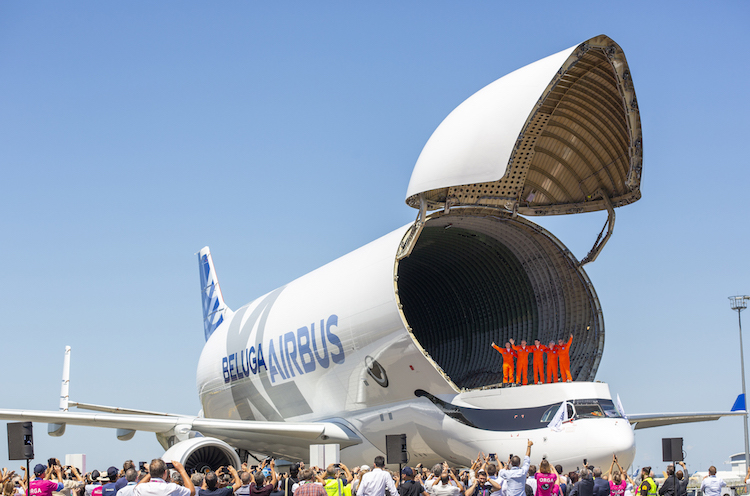 All images via Airbus.

Detachable Airplane Cabin Designed to Float to Safety in an Emergency